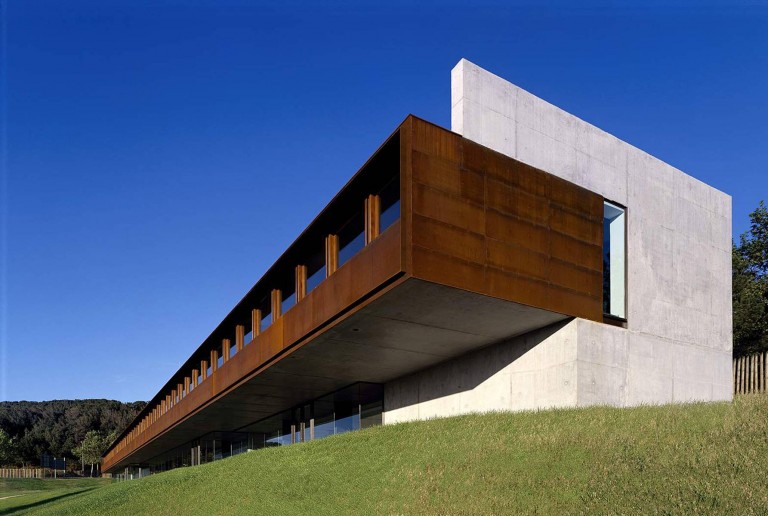 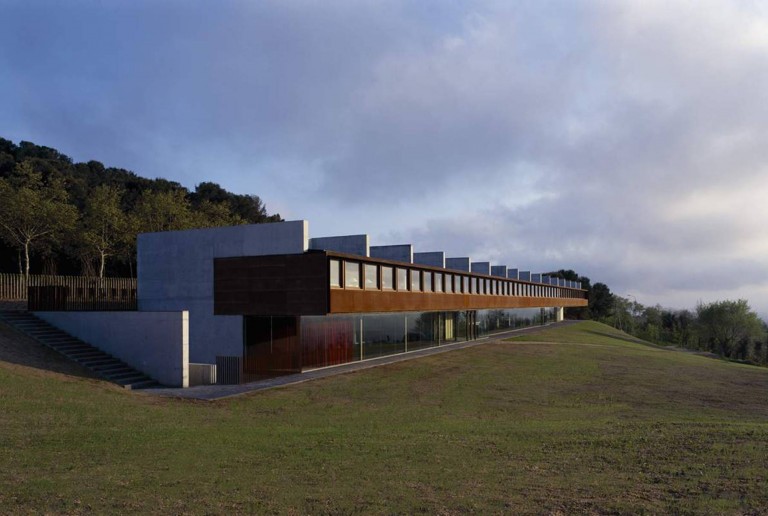 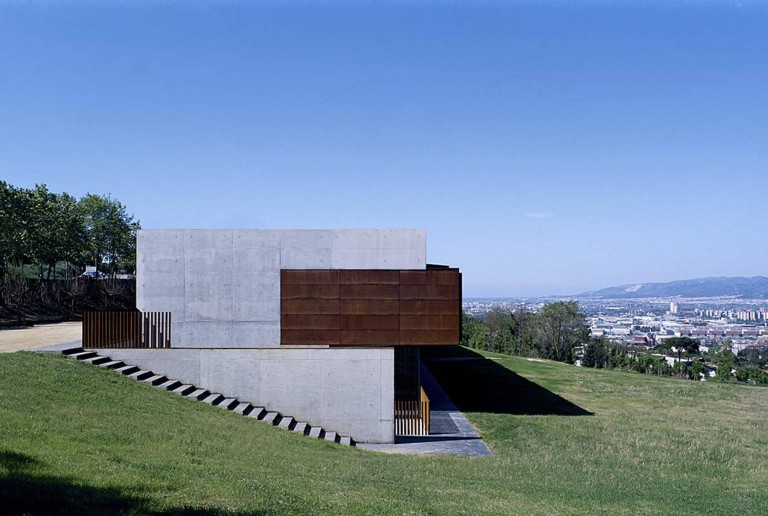 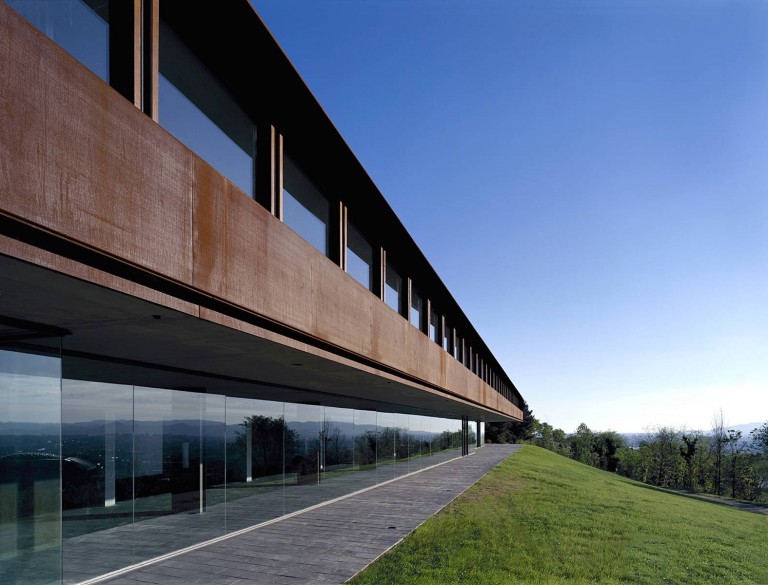 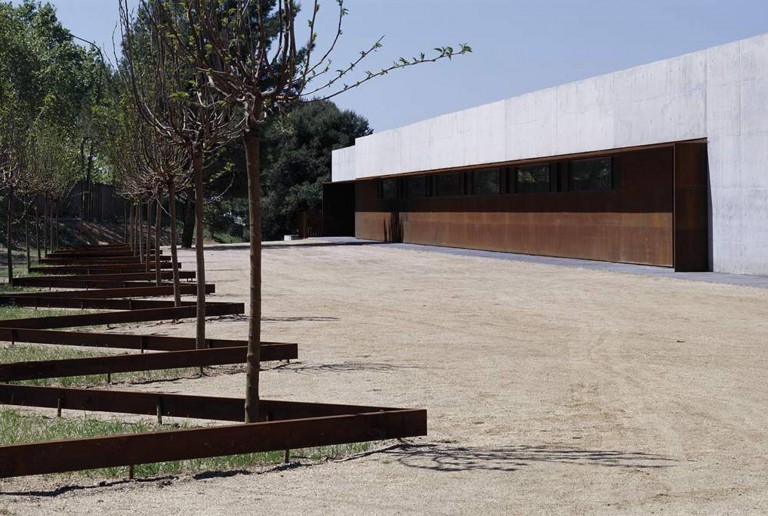 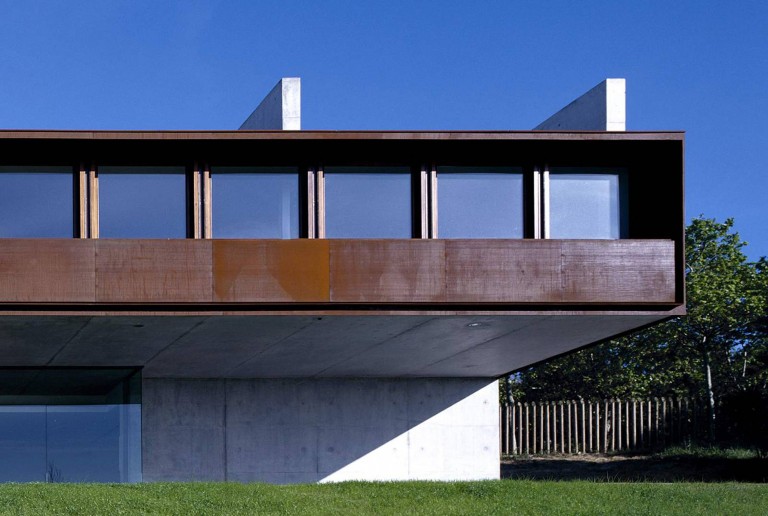 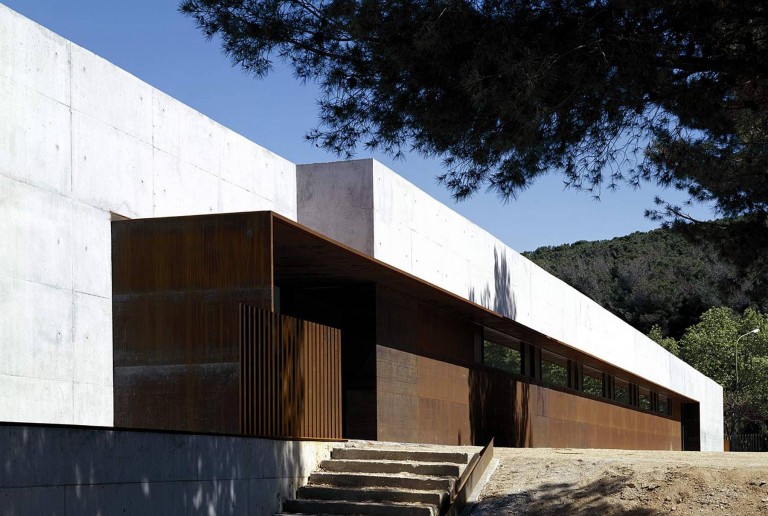 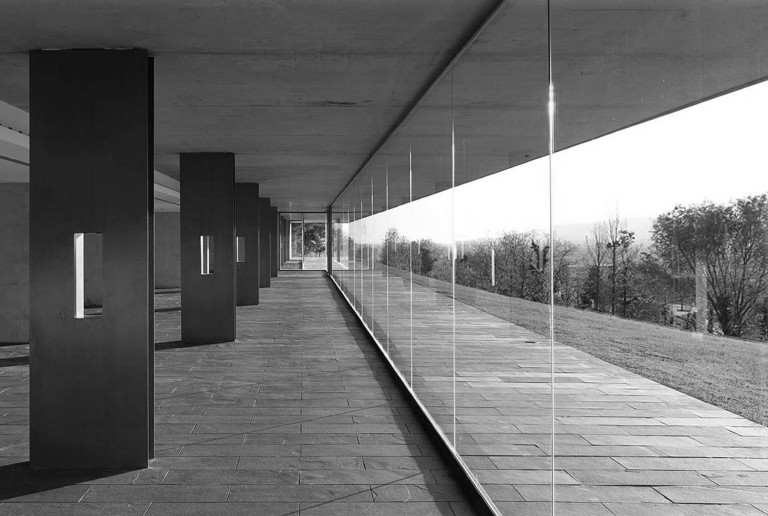 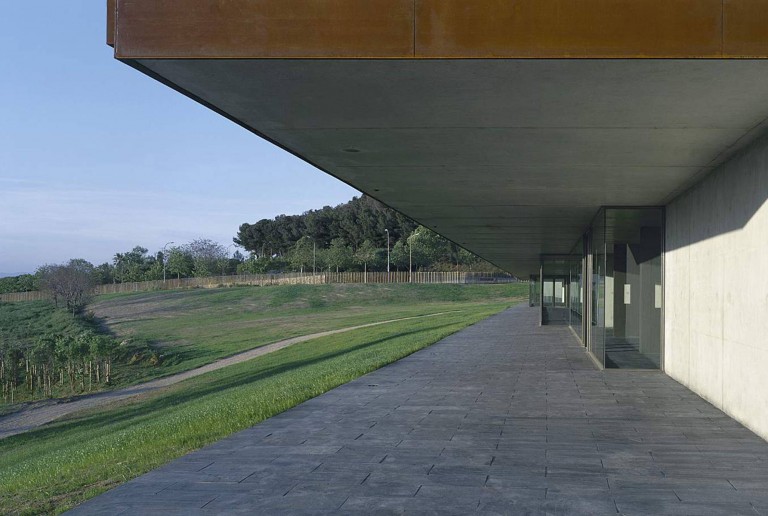 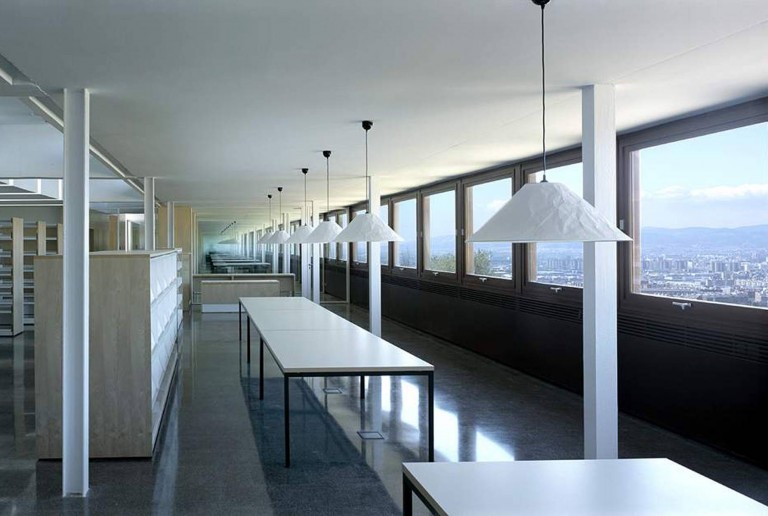 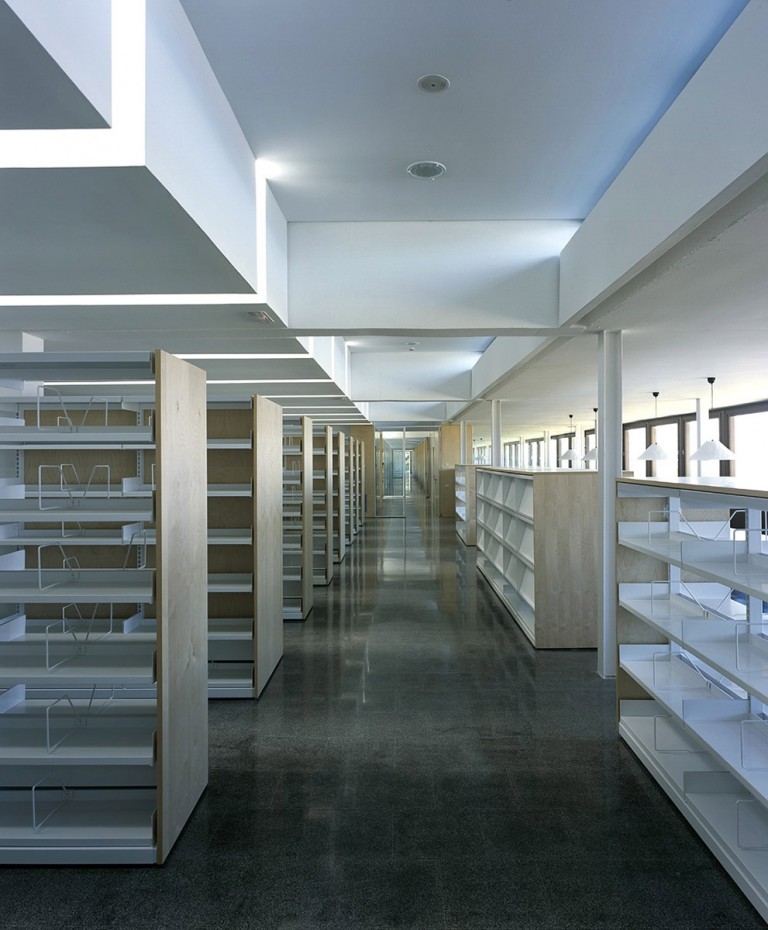 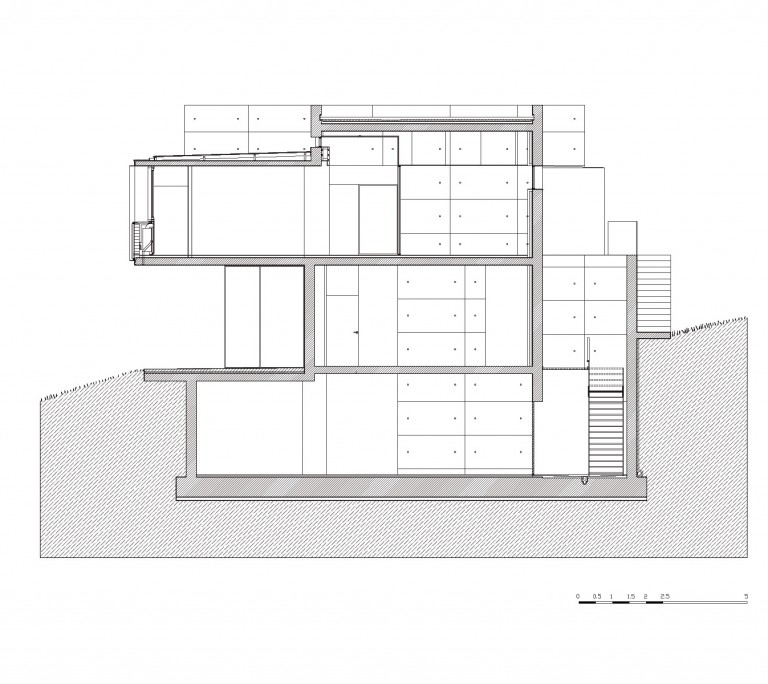 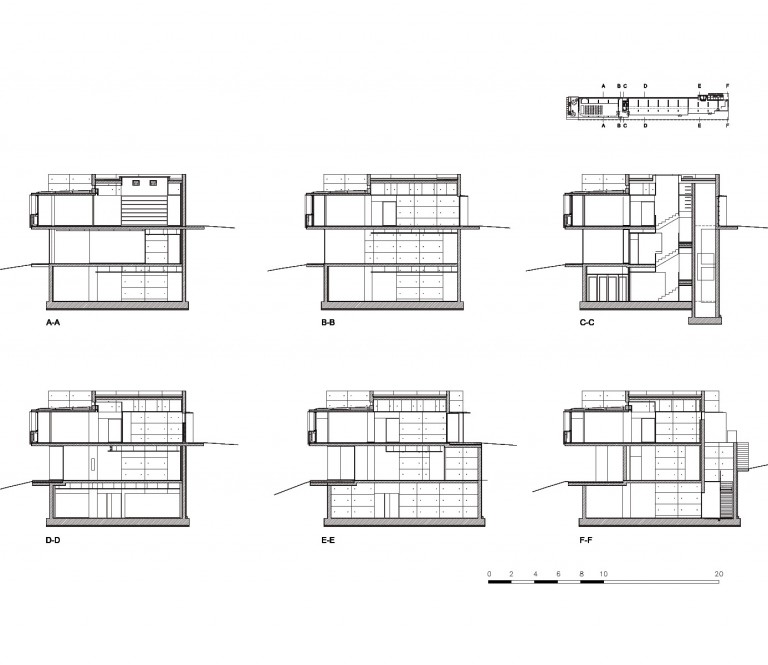 The Botanical Institute building, a center dependent on the Higher Council of Scientific Research, is located at the uppermost datumof the Barcelona Botanical Gardens on the Montjuïc mountainside, next to the Olympic Ring.

The building leans over the northwest wing of the garden, the area devoted to phyto-sections from the western Mediterranean and North Africa, with views across the city of Barcelona. It is structured as a horizontal line that crosses the sloping natural terrain like a hinge between two topographical datums. Given this, the section permits the various programs to be organized with independent entrances from the road to the rear and from the network of pathways in the garden.

The Botanical Institute is divided into three differentiated levels, each responding to their particular program:

– A lower subterranean level housed in the large concrete shell forming the foundations, which contains, along with their individual air-conditioning systems, the plants, books and main herbarium, plus the installations and small work area, each illuminated and ventilated by means of patios.

– This floor acts as a structural counterweight to the constructional device of the upper floors: a nexus of filters, walls and bridging joists in reinforced concrete that organize the program and sustain the intermediary level at garden height and those which suspend the upper floor at the datum of the entrance platform and parking lot to the rear.

– At the intermediary level, linked to the network of pathways in the Botanical Gardens, is the multifunctional hall and Salvador Museum, the exhibition area and cafe-restaurant. The public visiting the garden have access to all of these.

– At the upper level there is the restricted area intended for the scientists: the library, research zones and laboratories, and the administration area.

The six-meter bays adapt to the differing structural and lighting requirements, forming a continuum in which the prominence of the cantilevers increases in proportion to the sharpness of the sloping terrain.

The building utilizes the same materials as are employed in the construction of the garden: bare concrete and Corten steel.