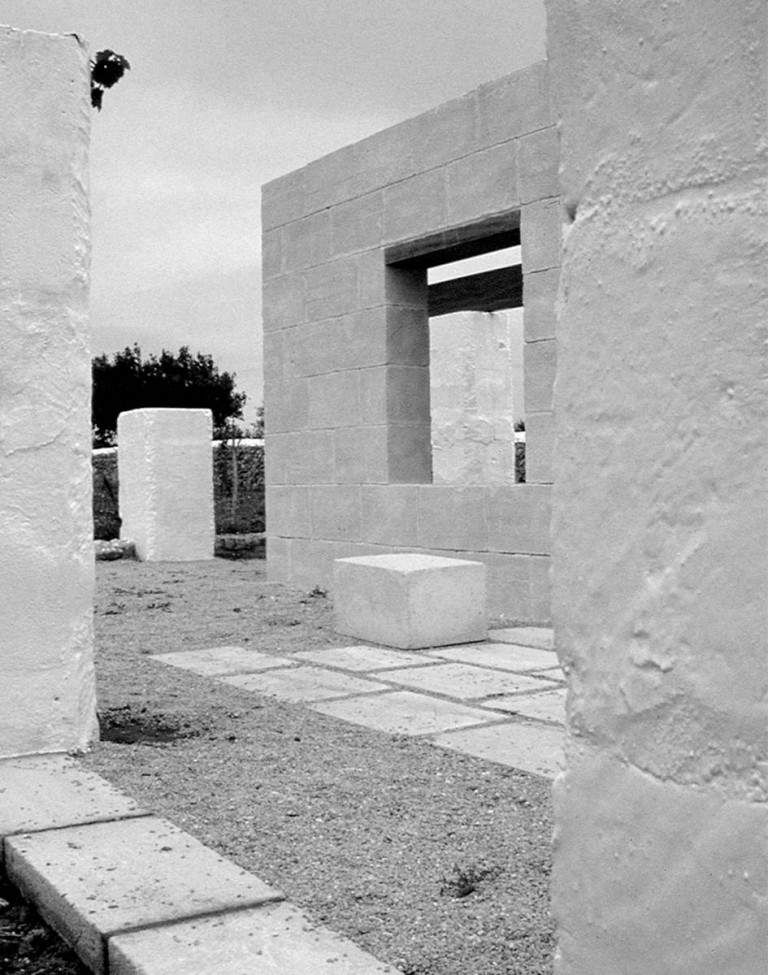 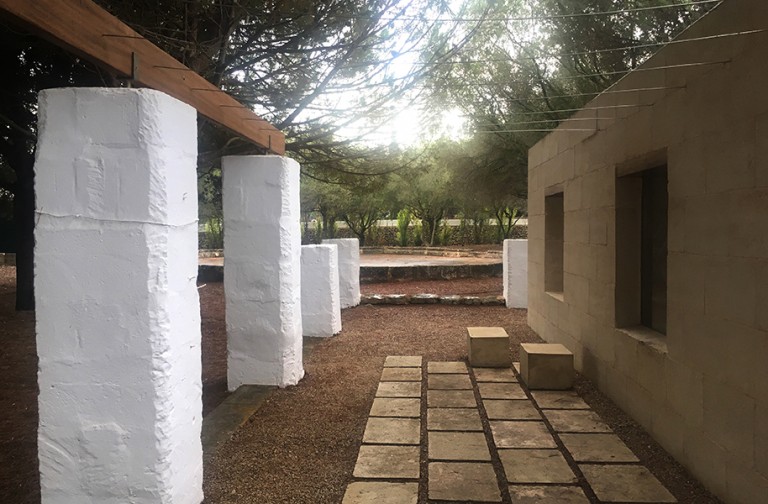 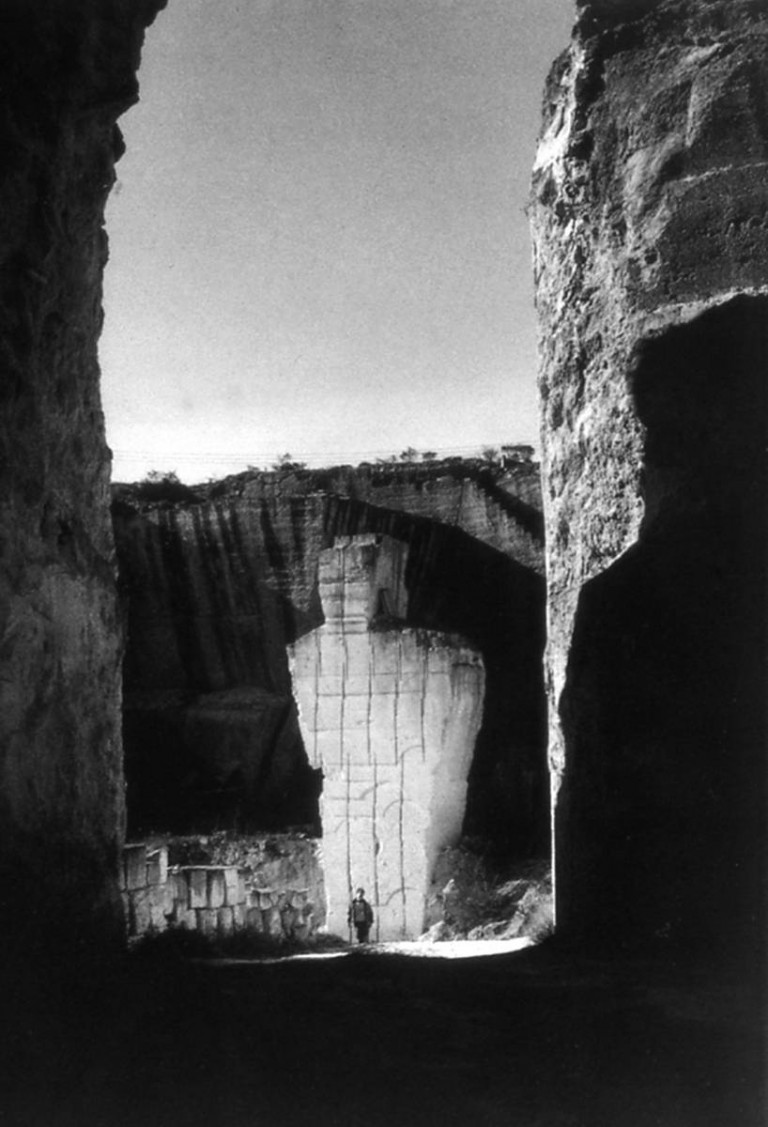 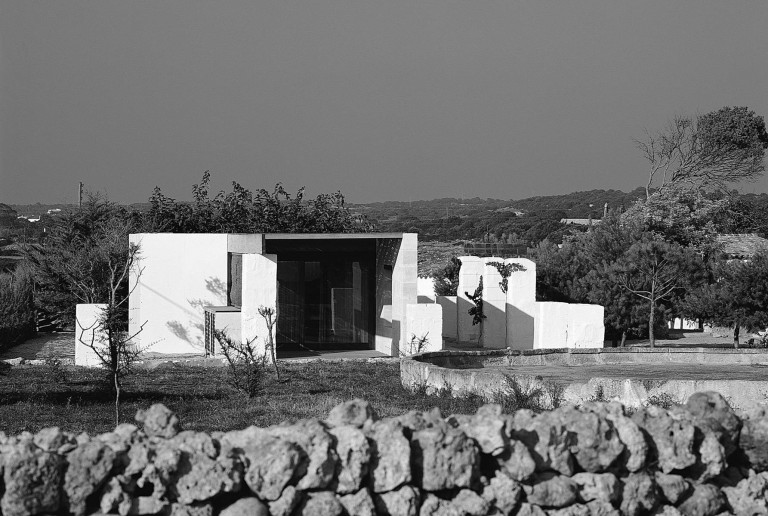 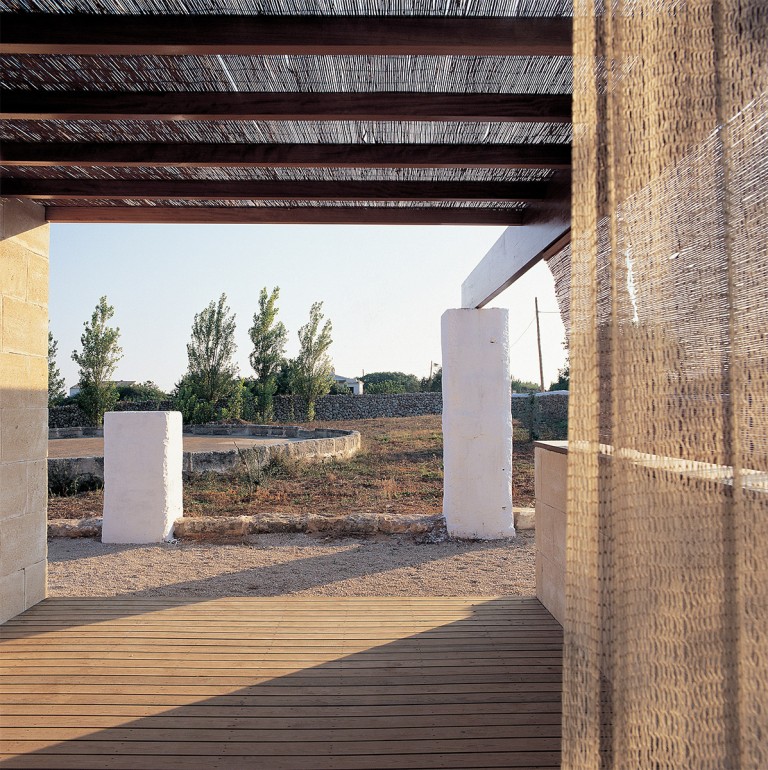 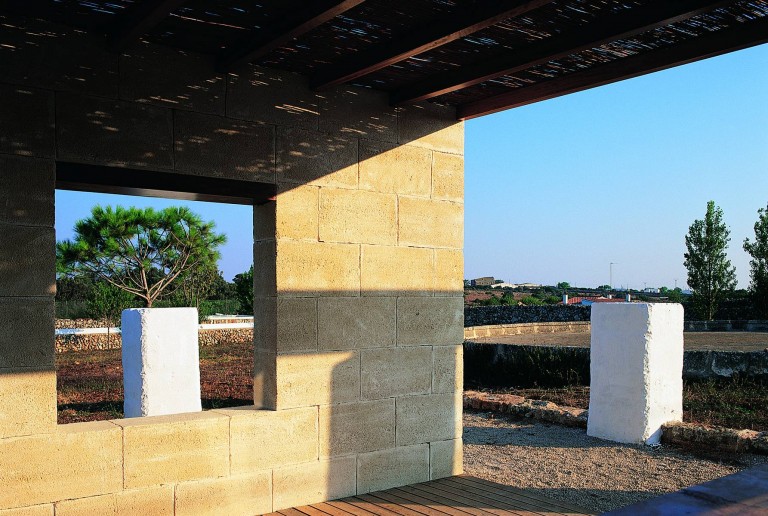 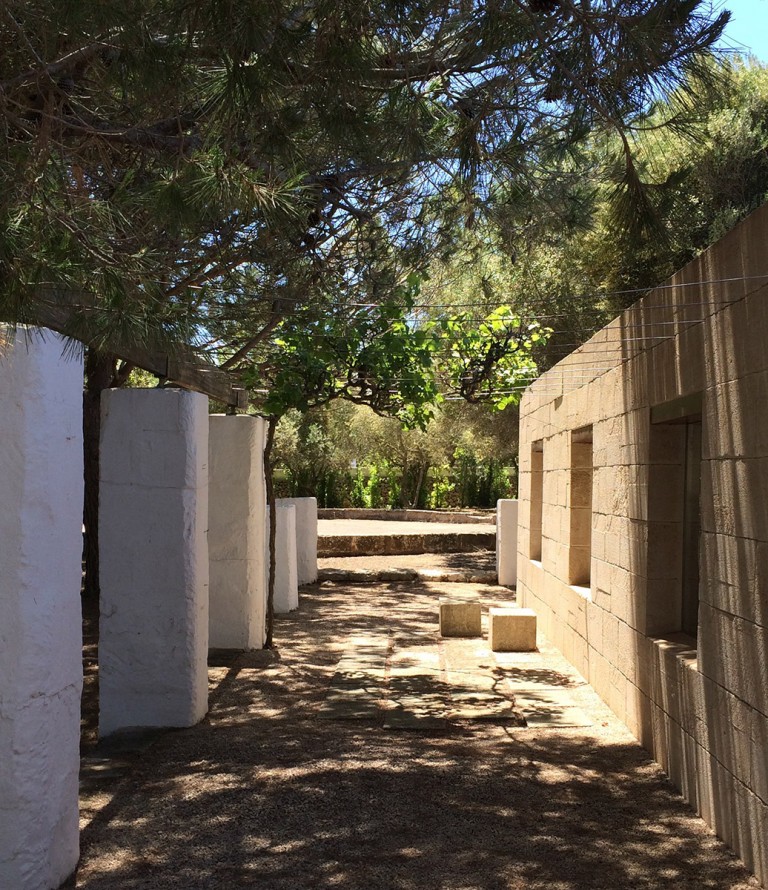 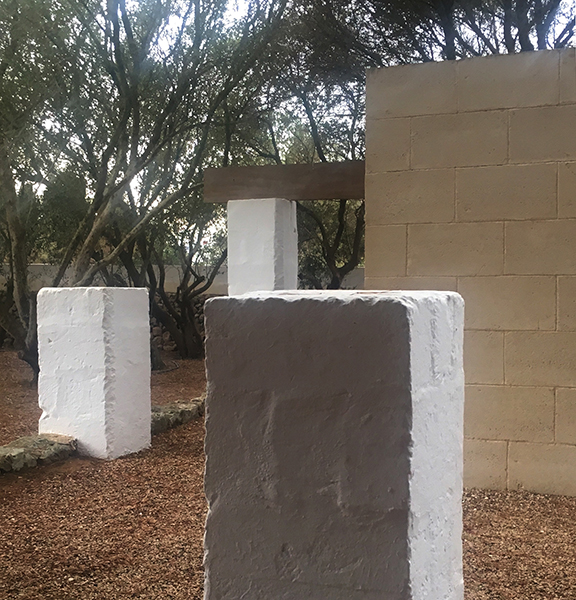 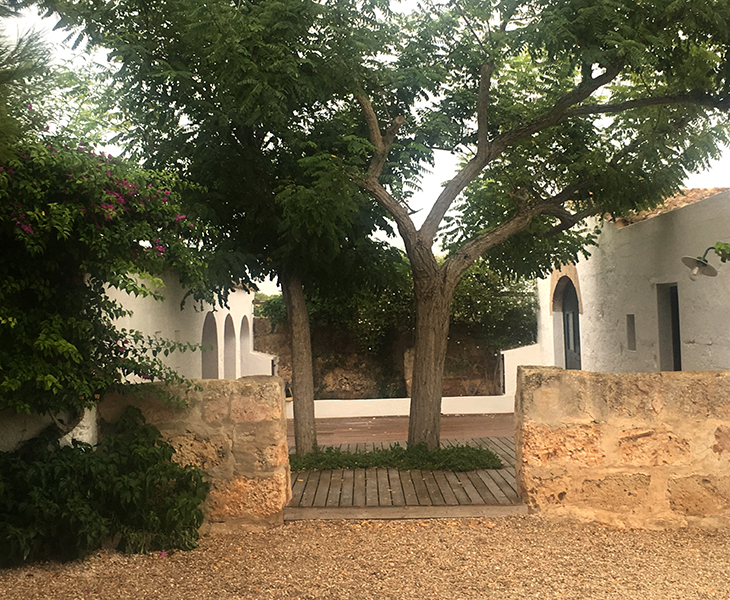 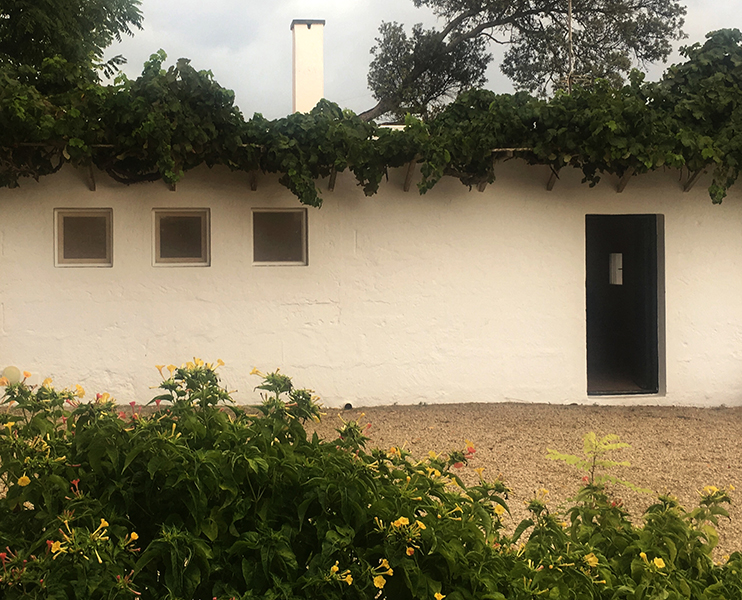 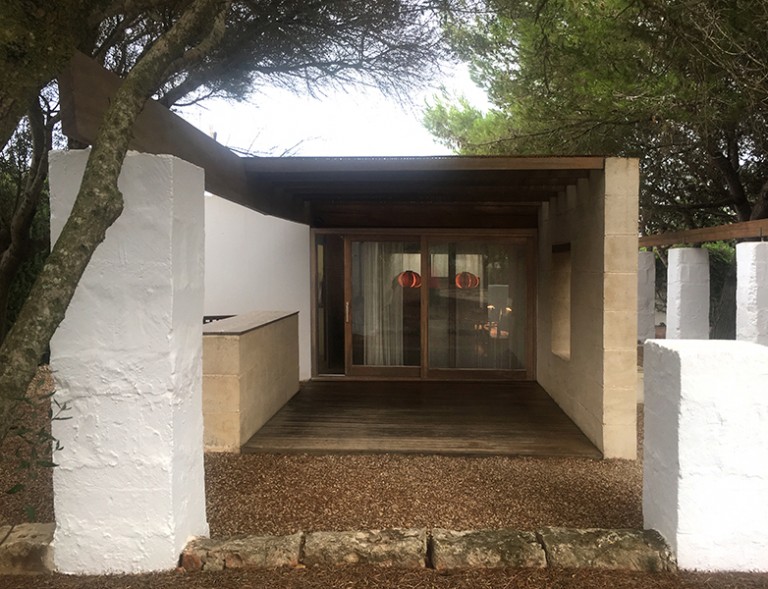 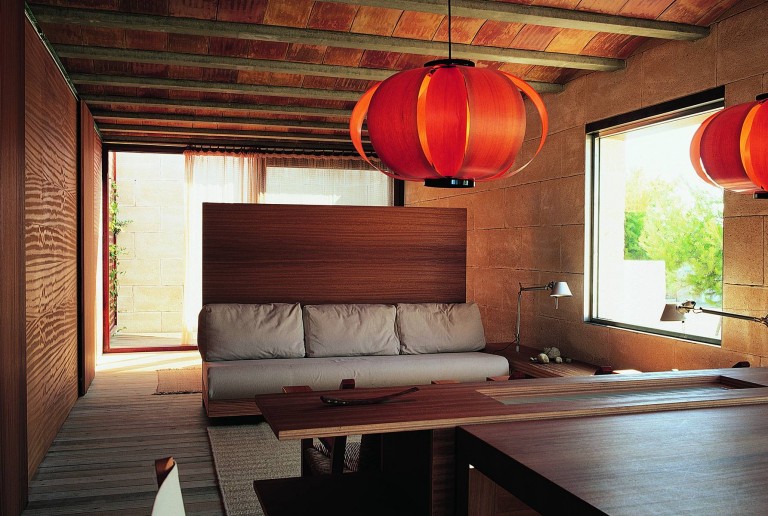 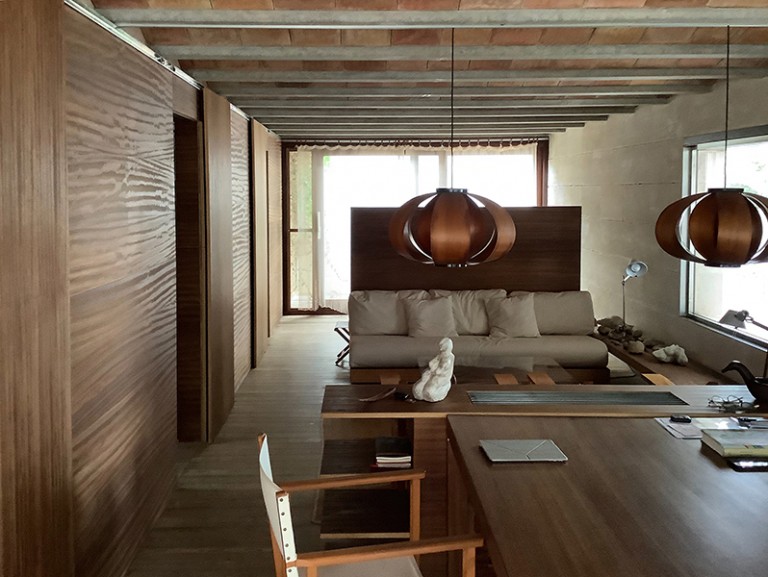 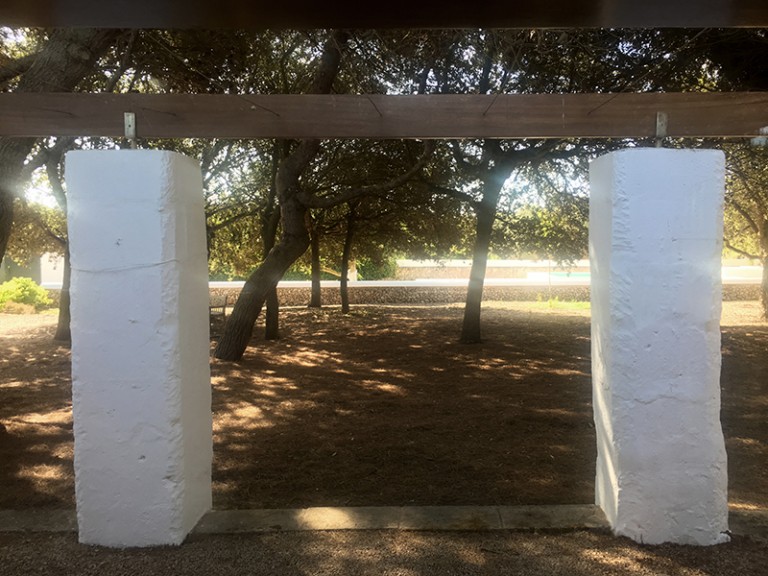 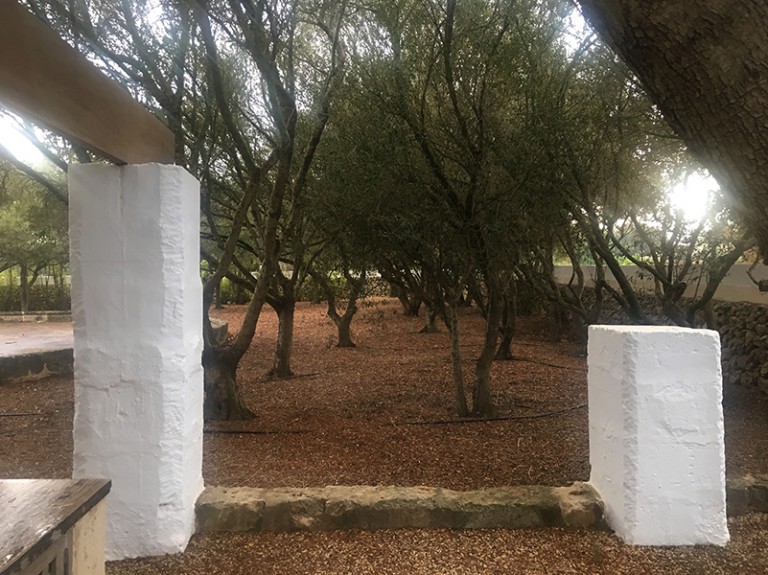 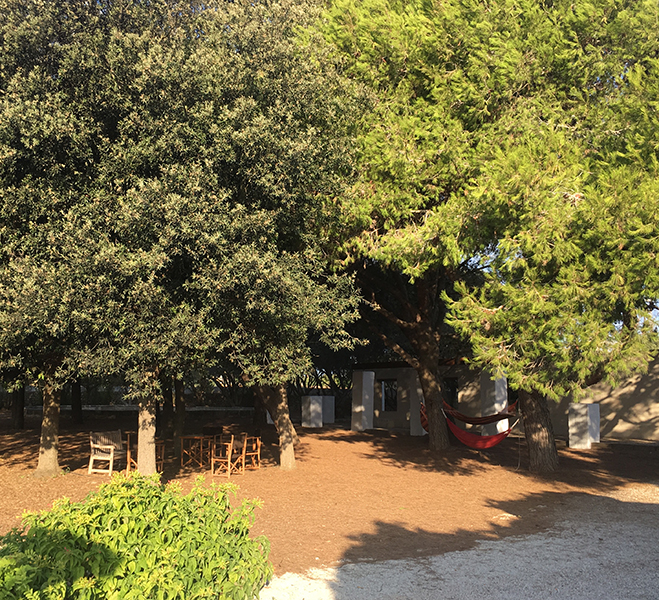 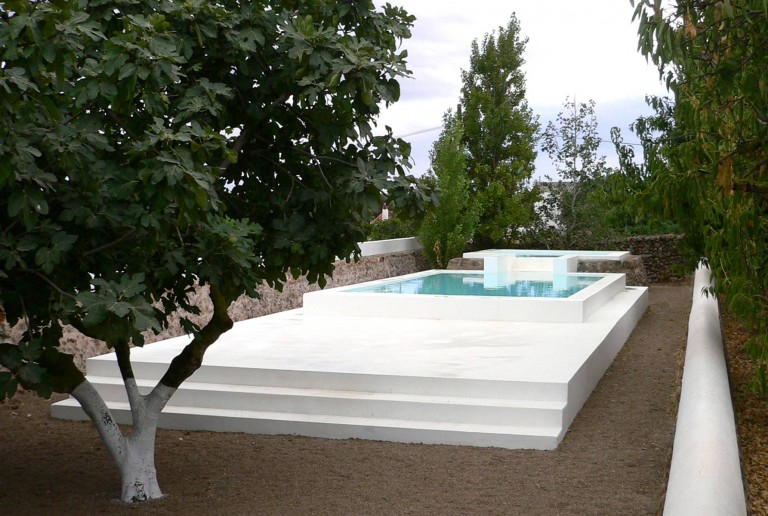 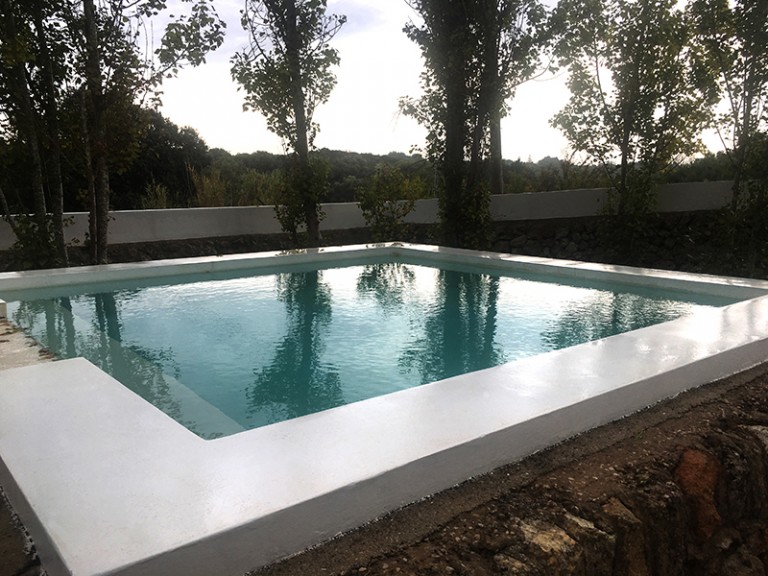 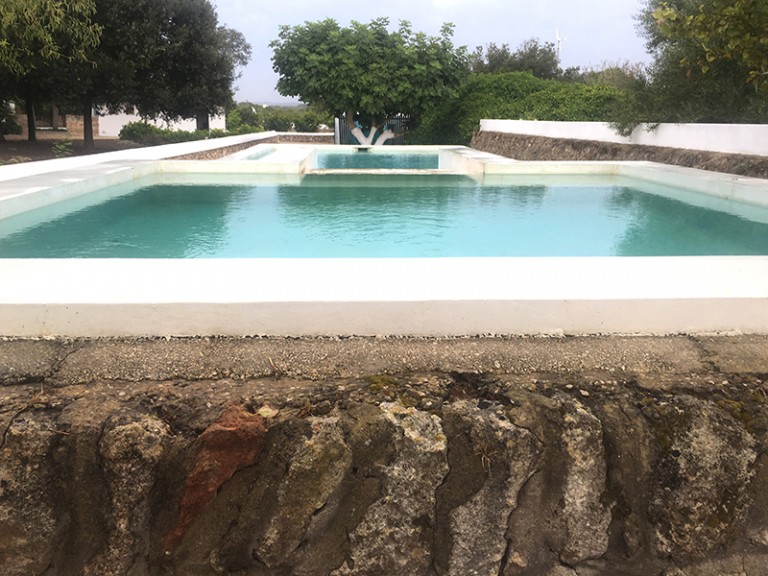 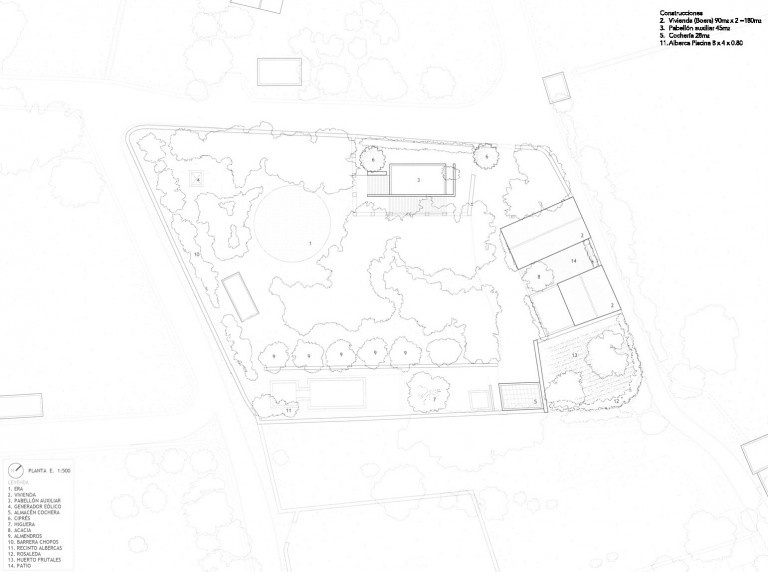 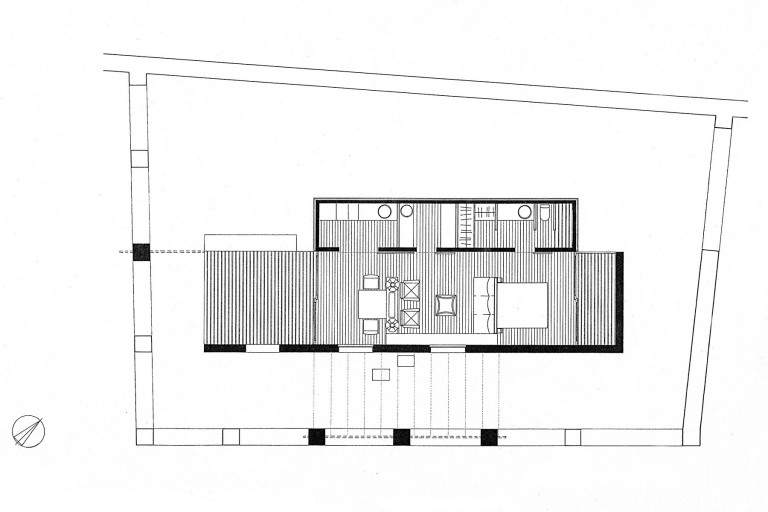 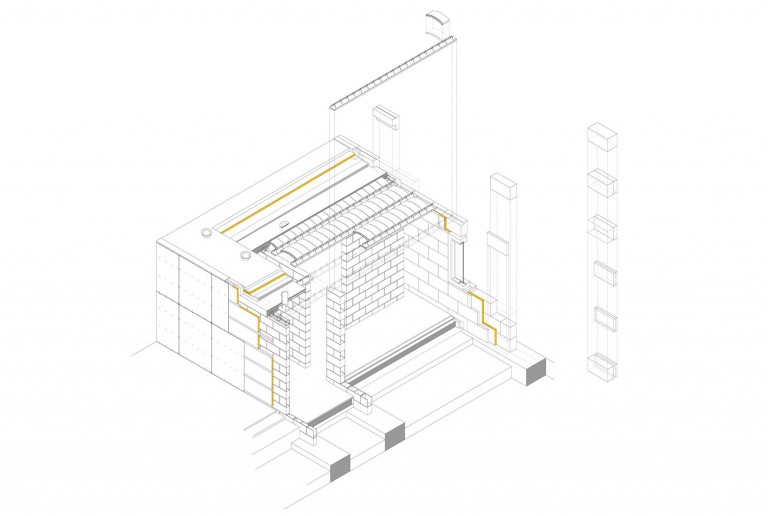 The setting: a  landscape near the sea, typical of the small rural towns of the area.

Some former ‘boueras’ or buildings for keeping livestock in, restored as summer residences. The need to build a summer-house fore guests aores later. Given the impossibility of constructing something tradictional and ‘folky’, or even ‘modern’, the idea emerged to begin transforming the former animal enclosure. We took out thw wood posts and, respecting the standing stones or the 60x40x33 cm whitewashed sandstone pillars, we constructe more like them, thus reinforcing the idea of an enclosure. With its 7.000 kilometers of dry-stone walls and its sandstone constructions, menorca is an island of stone. A magical place which has to be looked at with ‘stone-age’ eyes, its monuments are the quarries and ancient, prehistoric remains like the ‘taula’ or henge: two huge and precariously balanced stones surrounded bya a sacred space of standing stones.

We began constructing a sandstone wall, using 60x40x33 cm and its variants as the basic unit.

The intervention didn’t have plans or documents, but proceeded from the selecting of a liited number of materials: stones, wood or concrete beams, panels. We began solely with a list of these materials, and the way of relating them together: 17 beams, 200 case bays, 132 stone blocks of  60x40x33 cm. Some of the elements of the outer enclosure are extended upwards and support beams which in turn support nothing; others are joines up to form bits of wall. An interior space begins to appear, plain  windows that frame the landscape, small overhead perforations which illuminate the domestic spaces, a patio lit at one end and, additionally, and interior stone wall. The materials have their own expressivity, without needing to be transformed.

On this island of stone and enclosures, one such enclosure accommodates a small residence for guests where, thanks to the intervention, everything is at once age-old and absolutely new.