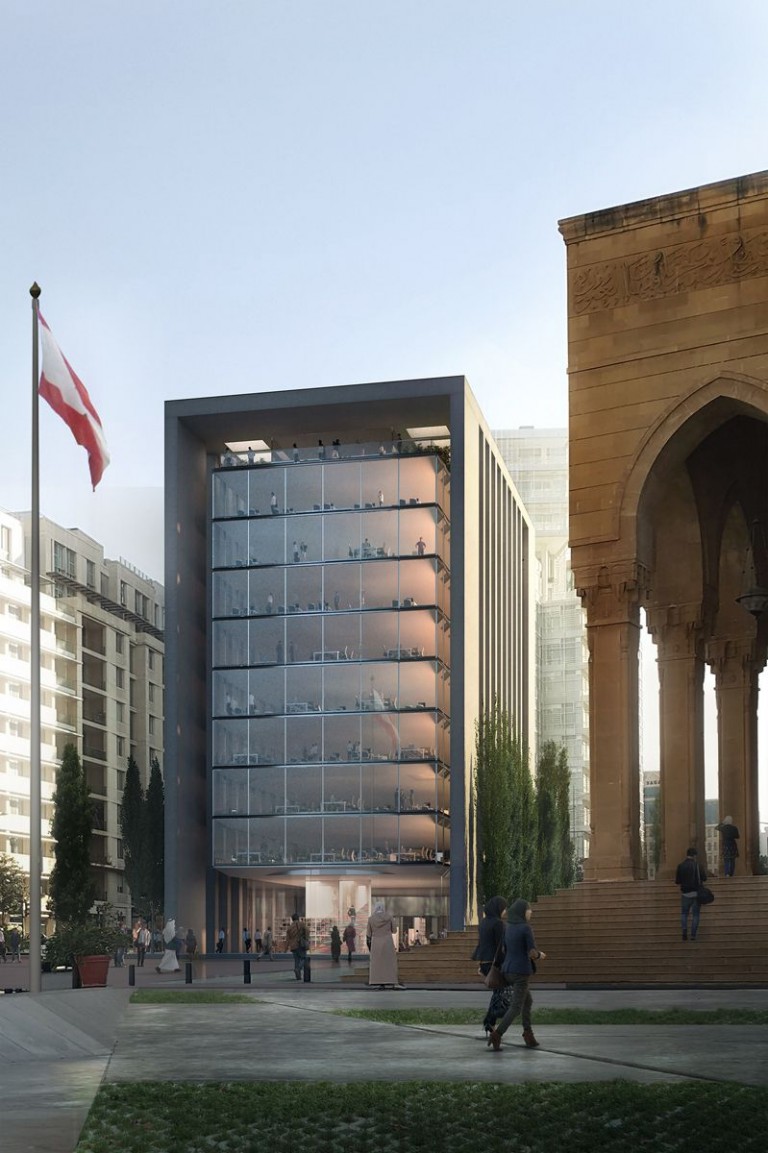 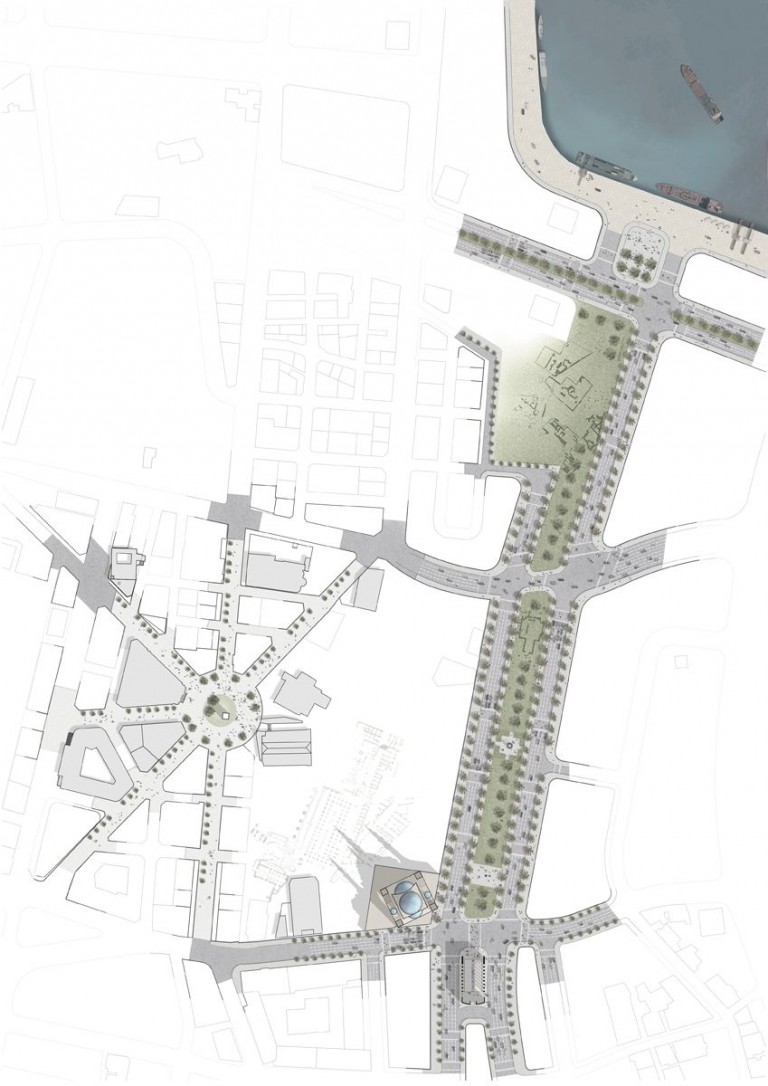 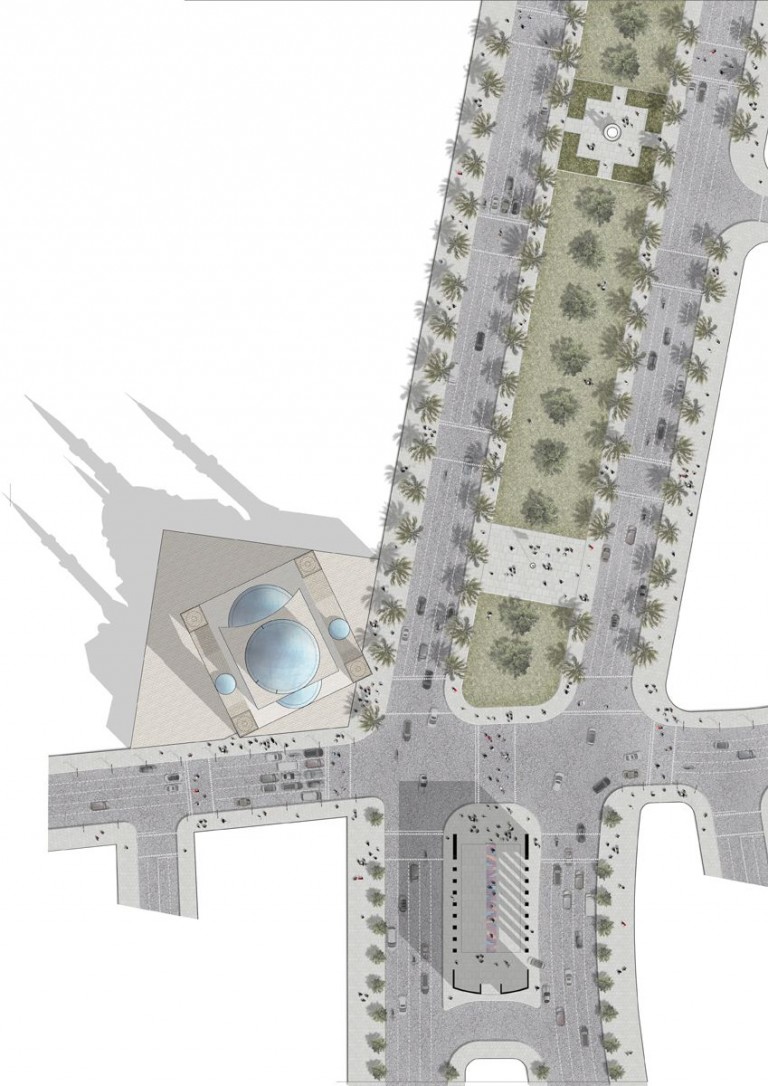 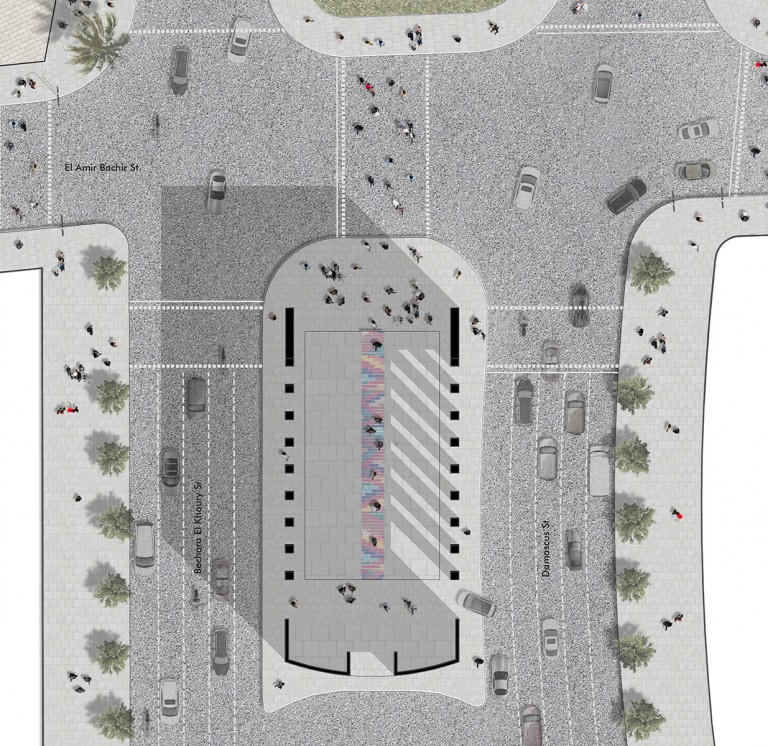 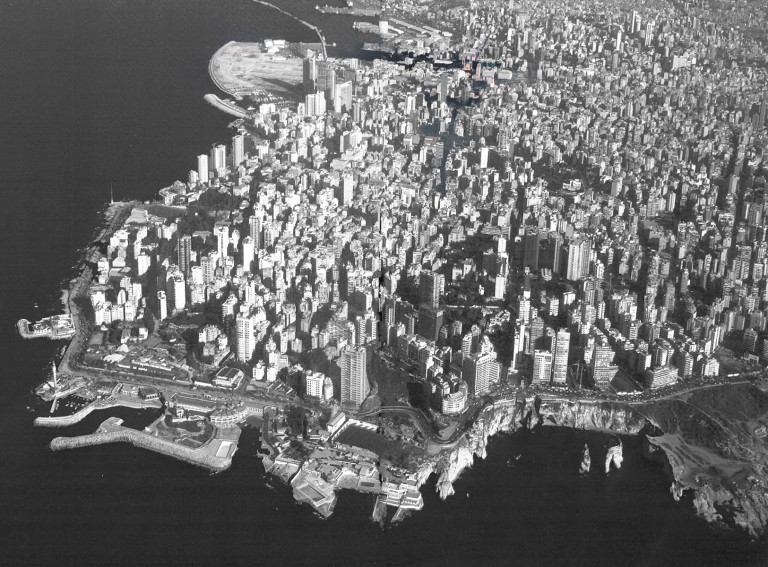 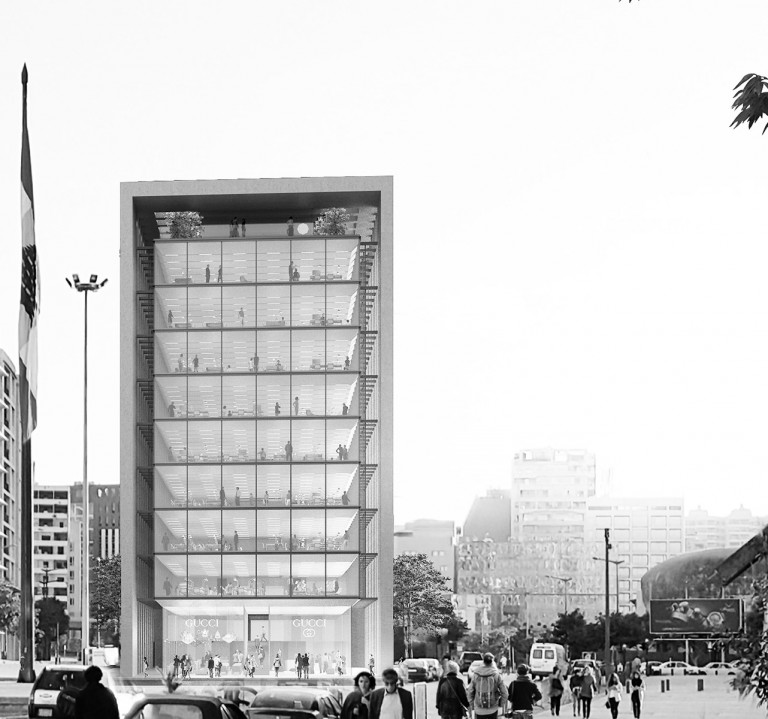 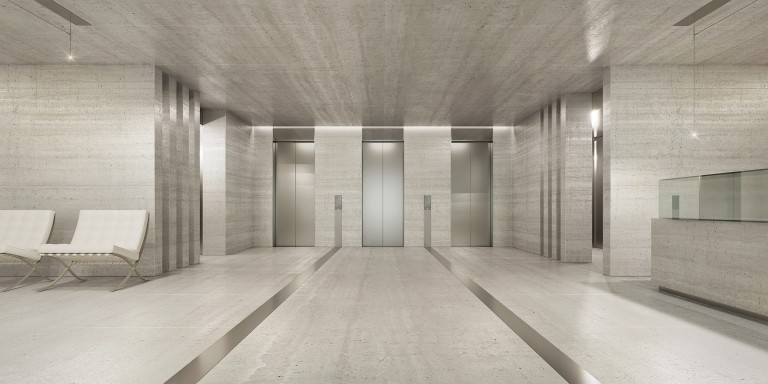 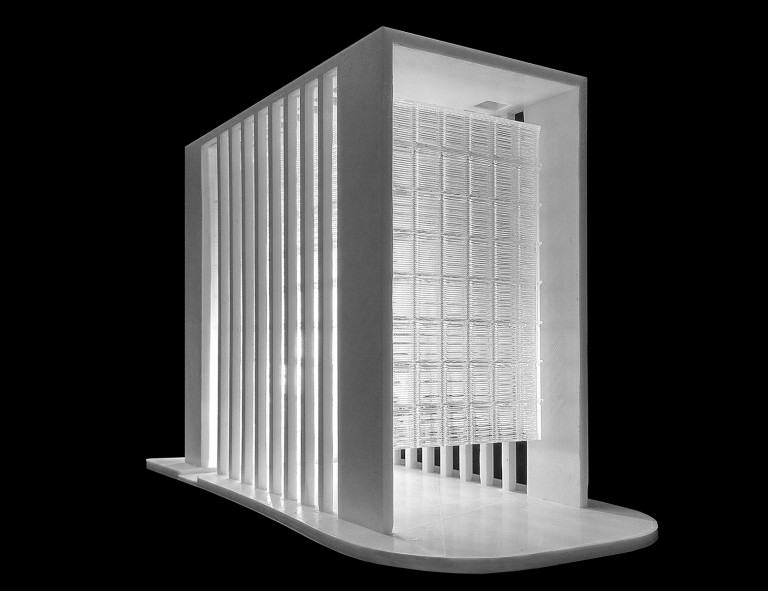 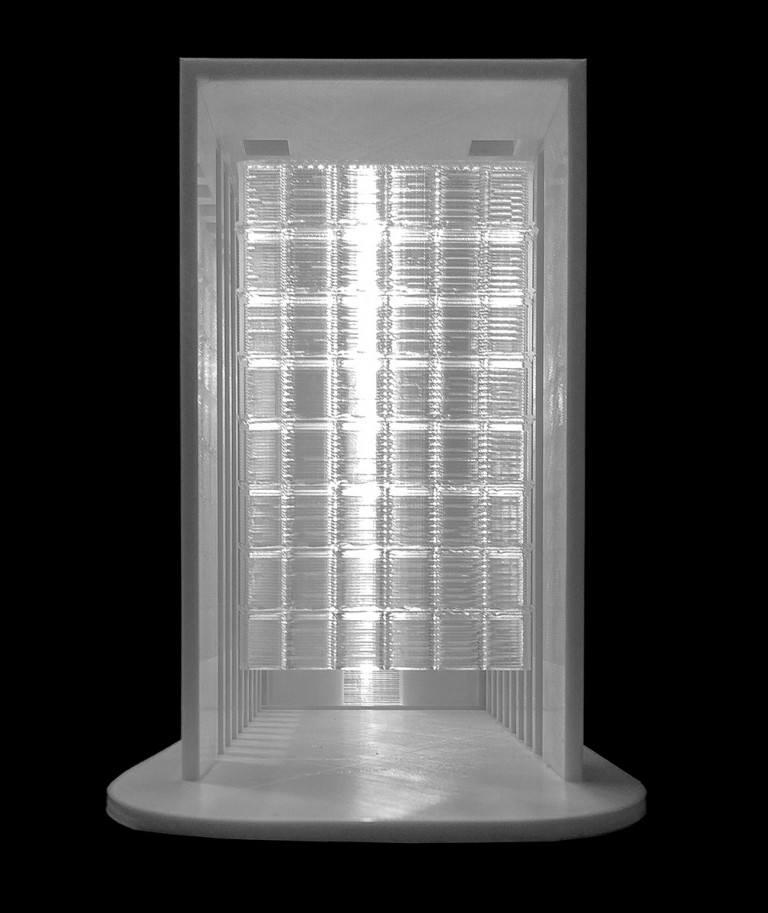 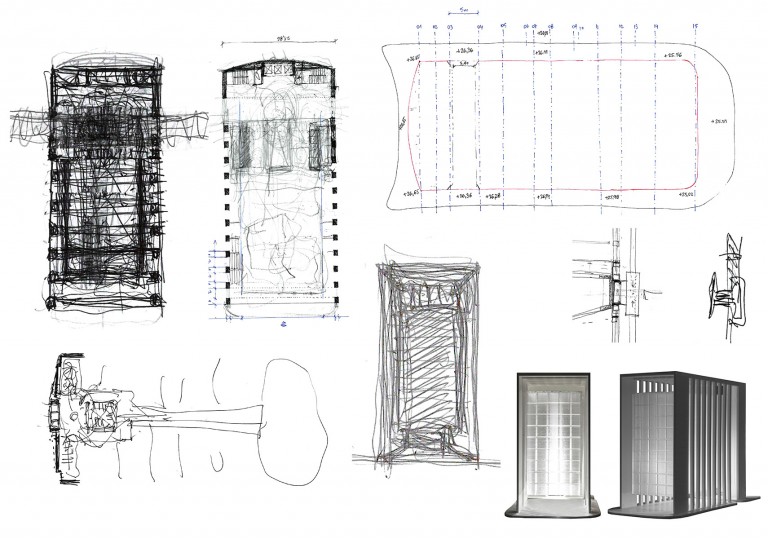 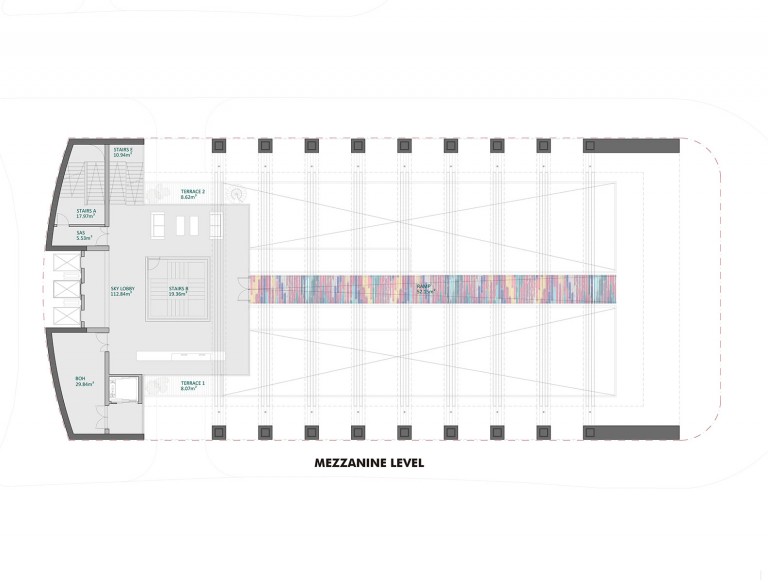 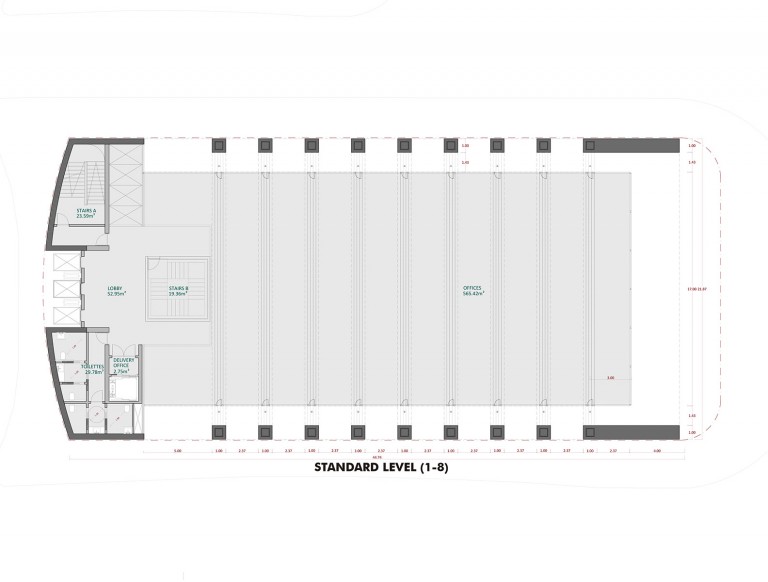 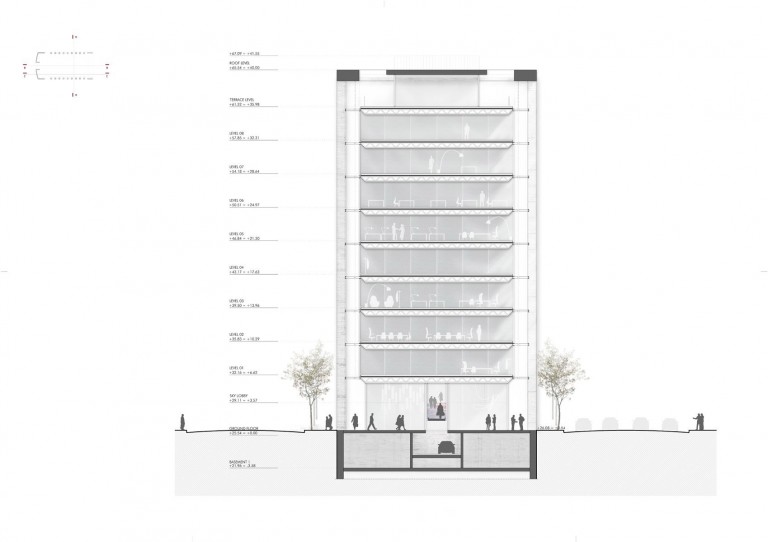 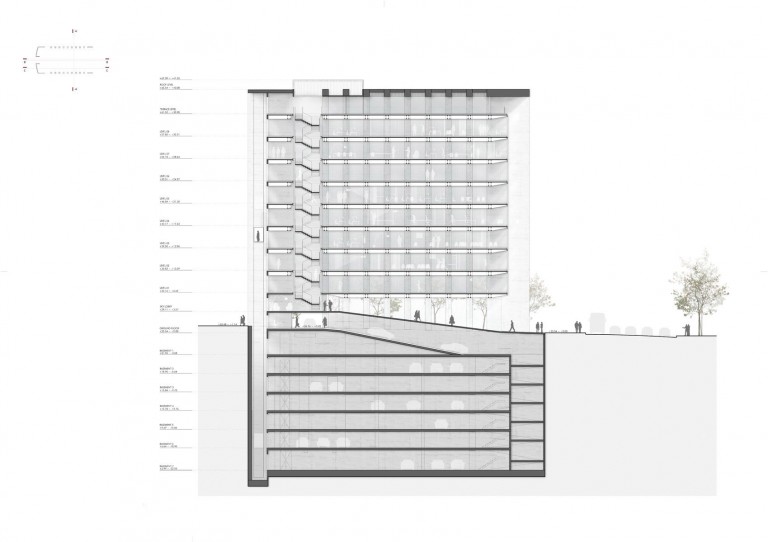 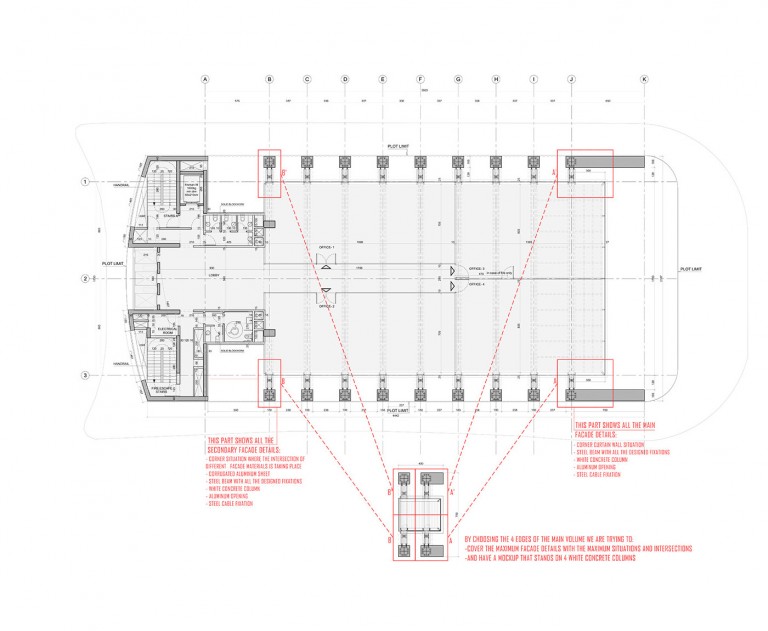 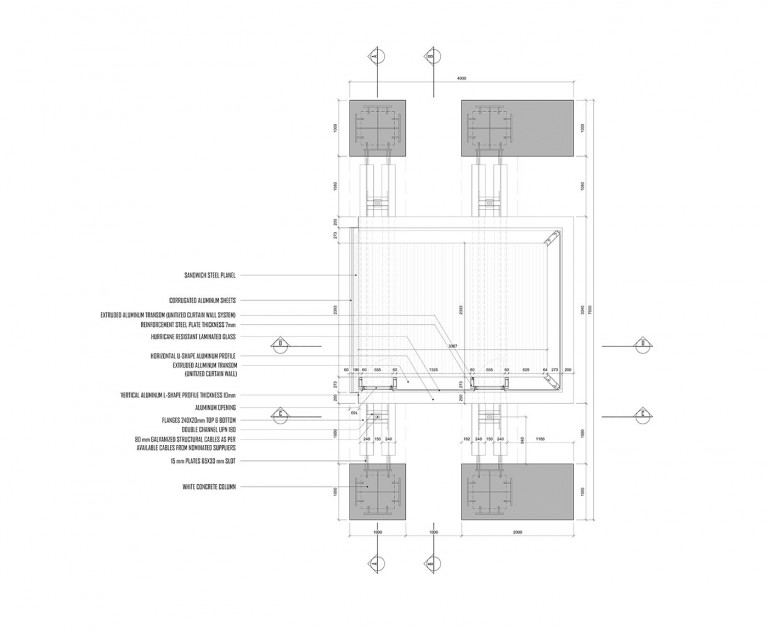 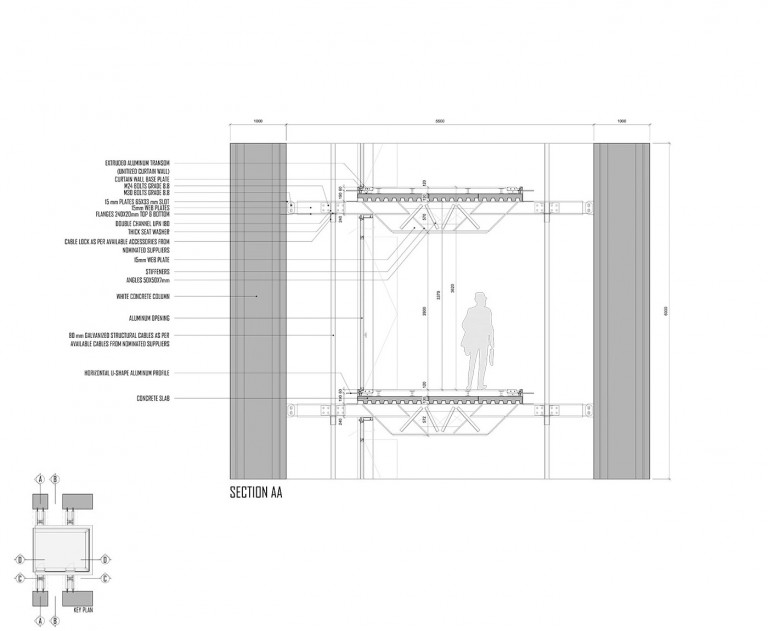 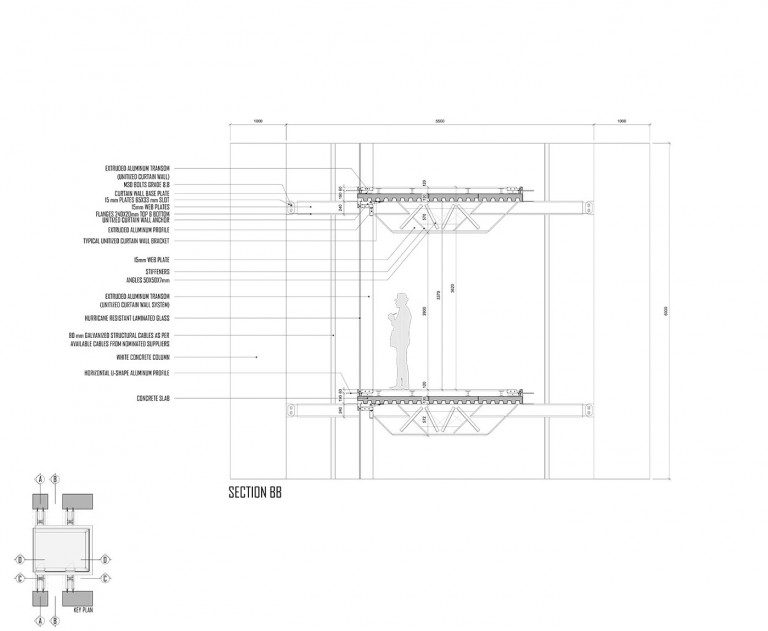 Beirut, Mediterranean capital of the Middle East, is a city of credos and cultures with an important heritage which acts as an intermediary between East and West.

The centrally positioned Grand Axis is flanked by International Style modern buildings of diverse kinds of architecture, albeit ones that are capable of belon­ging to a globalized world. The very fine architecture of some of these buildings, complementary historical buildings like the Grand Mosque and Saint George Cathedral, along with vacant lots pending definitive use that constitute marginal or parking spaces, with, abutting onto this landscape, the ruins of the Roman city, the emblematic and symbolic Martyrs’ Square, the maritime port and the sea—all this completes the setting of the inter­vention.

As a background to urban public space, the 40m. x 20m. x 40m. north-facing new building occupies a central position in this setting, such that it is called upon to provide an example of the regeneration of Beirut, a heavily punished city, and must do so from the very beginning of its design conception.

And if the latter is the environmental condition of the neighboring landscape, the physical condition is the existence of seven underground floors intended for parking, logistics with predetermined communications cores, a great loadbearing perimeter wall, and a chaotic interior structure.

The program: an entrance level to the building, commercial and civic activity, a vehicle setdown point, and access to the parking areas. On the upper floors, an eight-story complex intended for offices and a bank, and, finally, a top terrace level, multiuse space, and vantage point.

All this, history, landscape, preexisting elements, program, with a volumetry of 7,600 built m², geometry, and the light of this Mediterranean location have to be the conditions that give life to the new building.

And thus from out of abstraction and syntax the first idea is born: to build, res­ting on the perimeter wall, a structure of concrete walls and pillars up to 40 m in height, from which is hung the steel and glass building that houses the program of offices, its structure working under traction by means of steel bars capable of supporting loads five times greater than the resistance of hot-rolled profiles.

At the end of the intervention, the structural skeleton appears as the formal expression of the combined concepts of place, program, construction, and materiality.