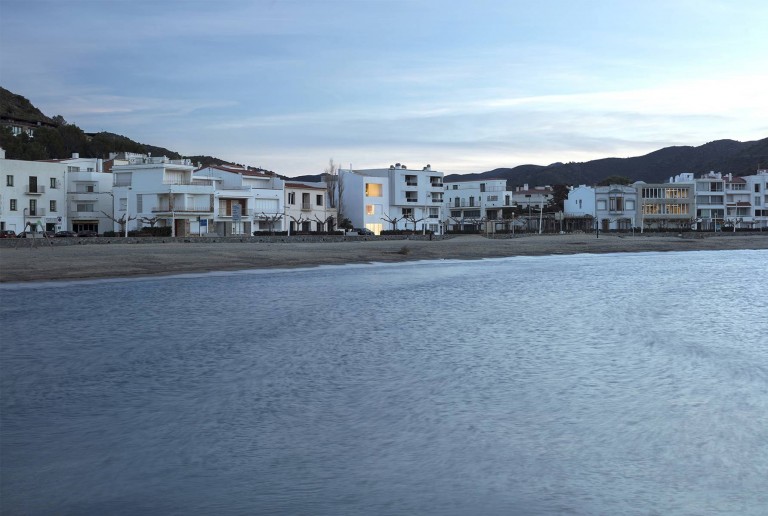 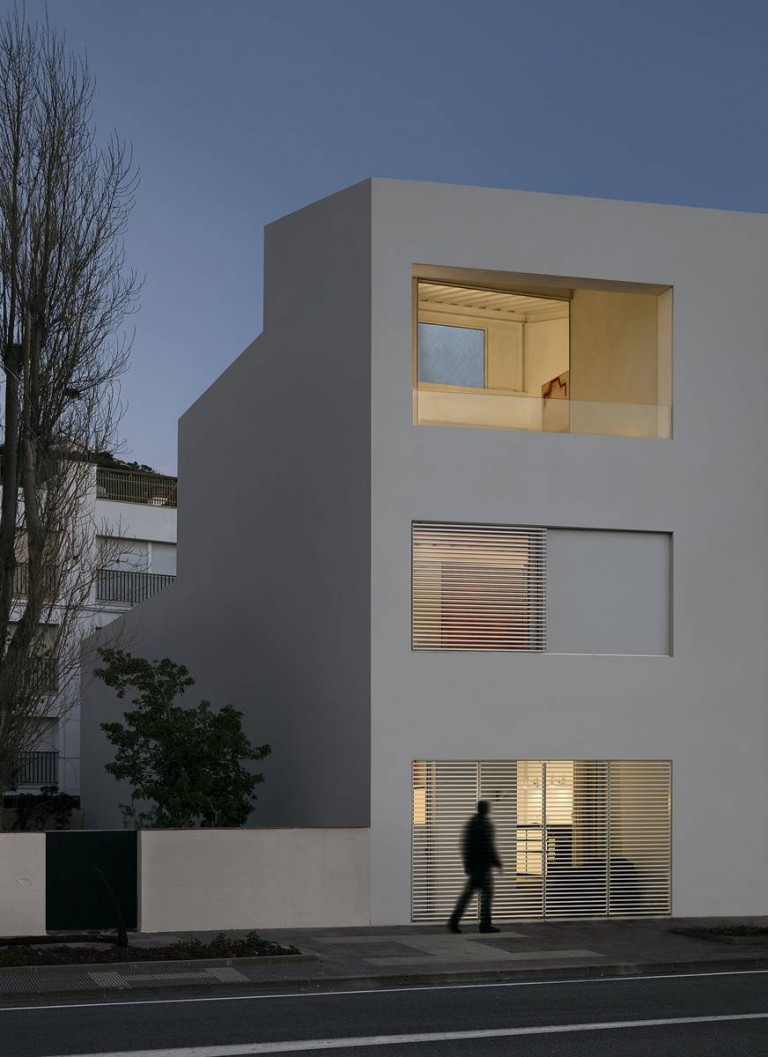 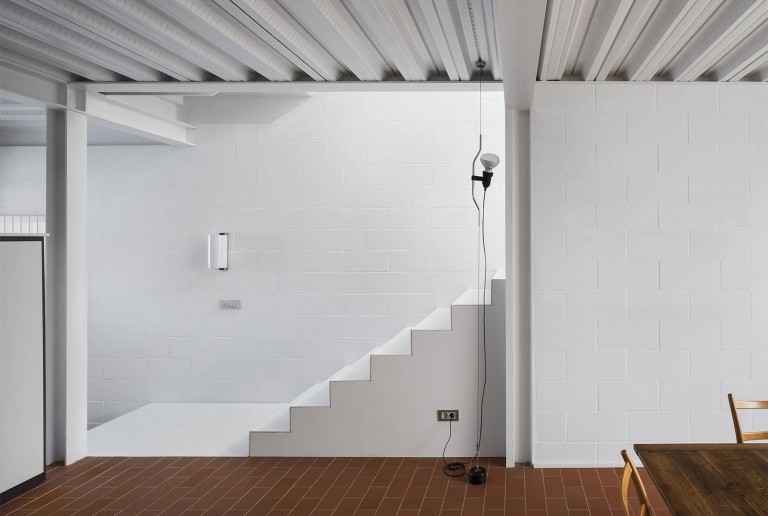 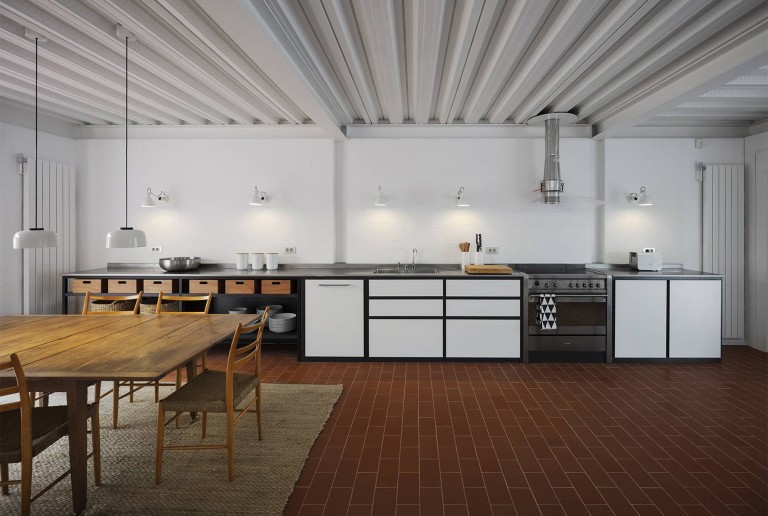 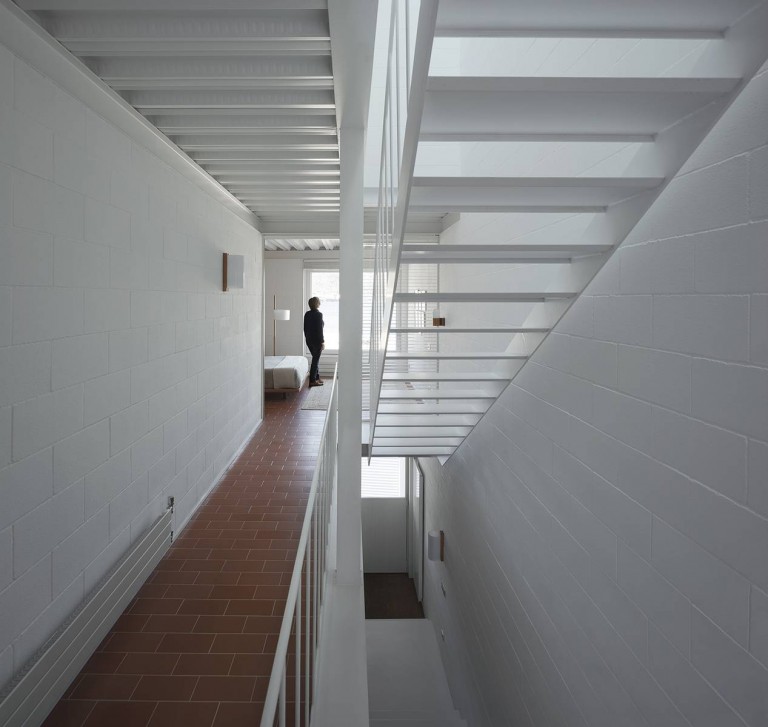 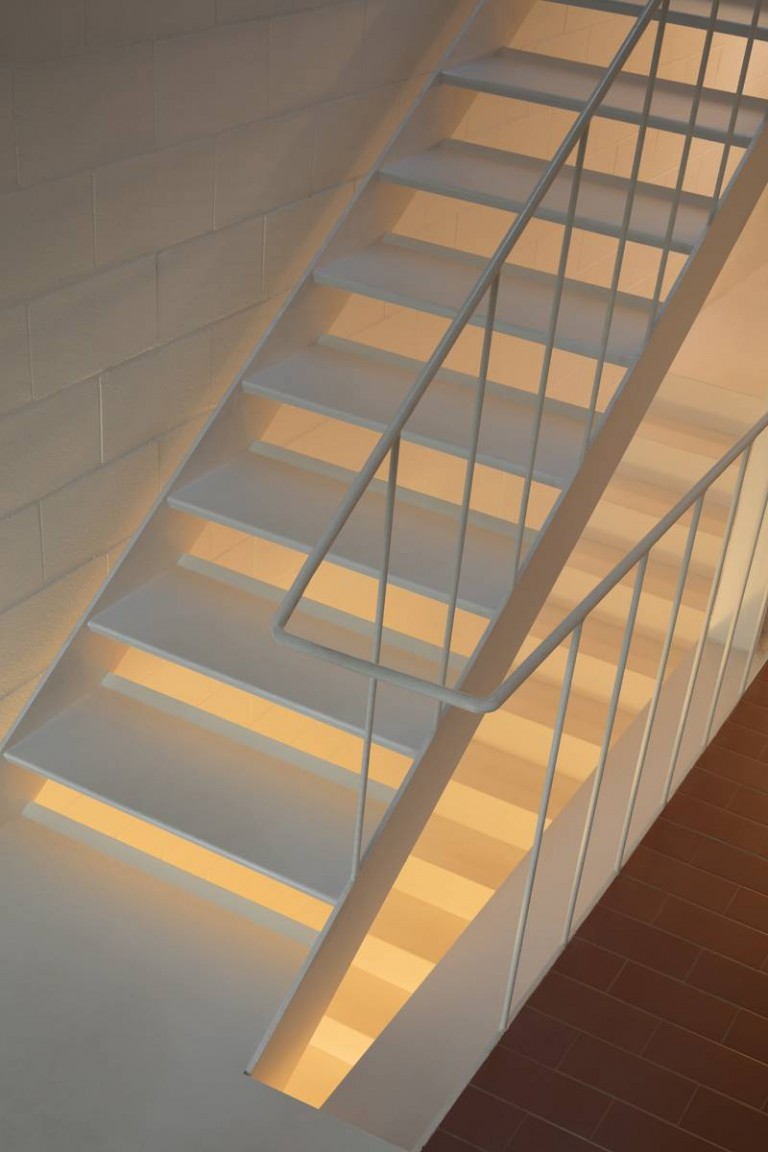 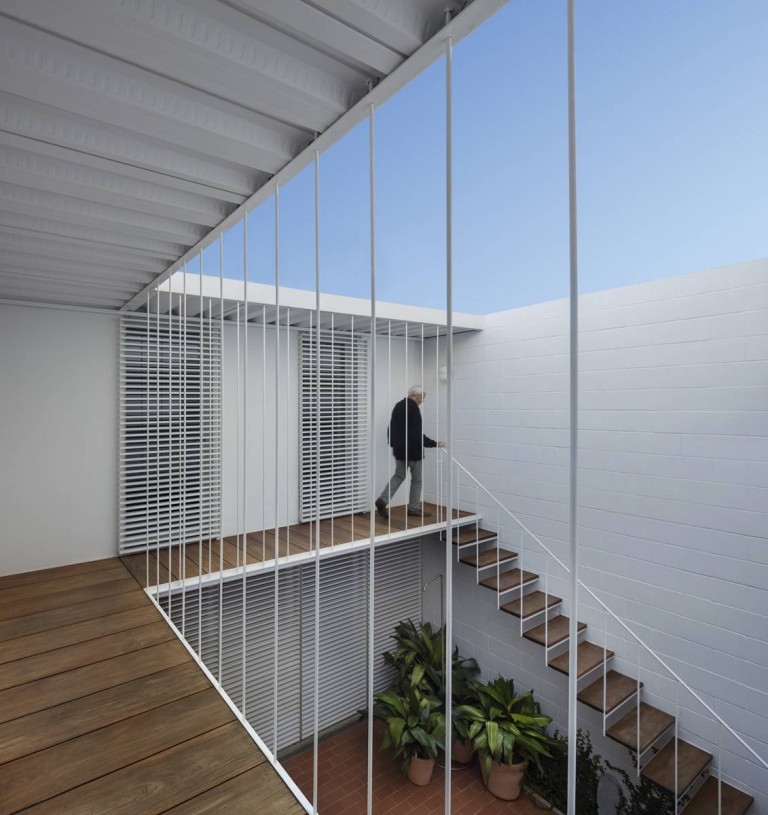 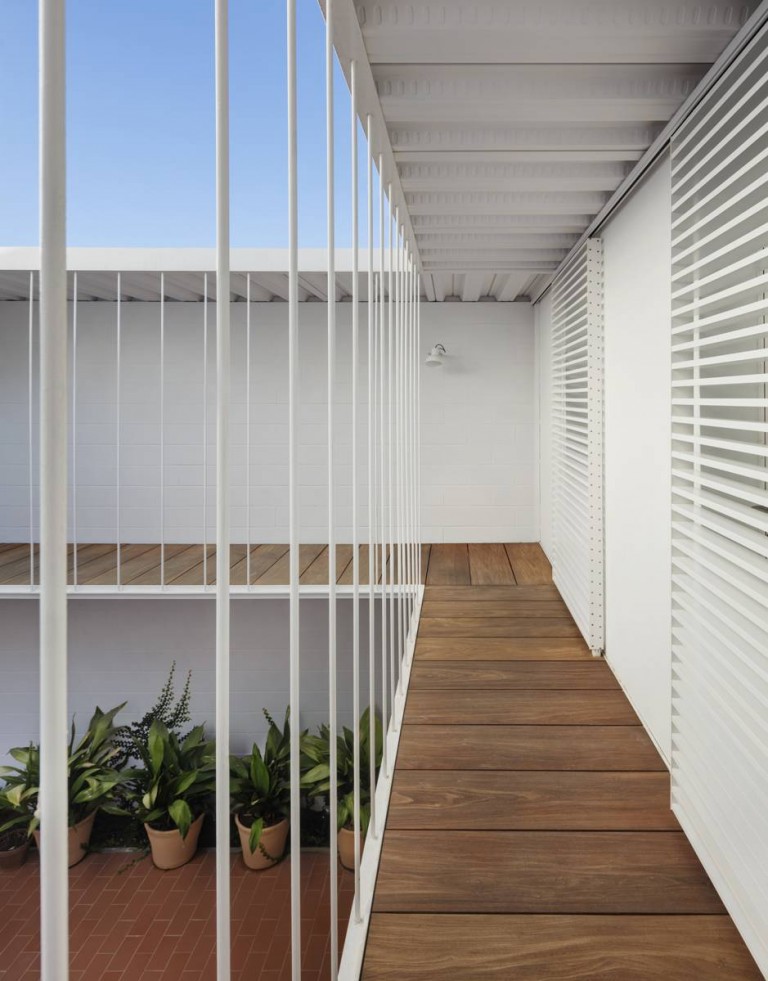 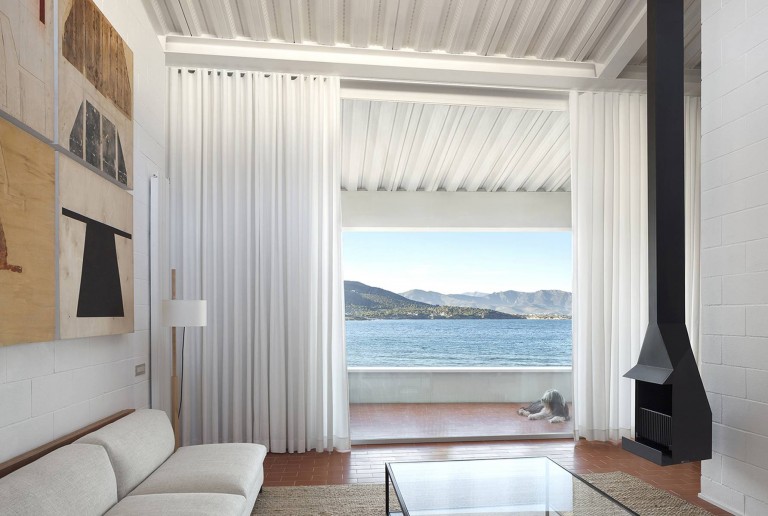 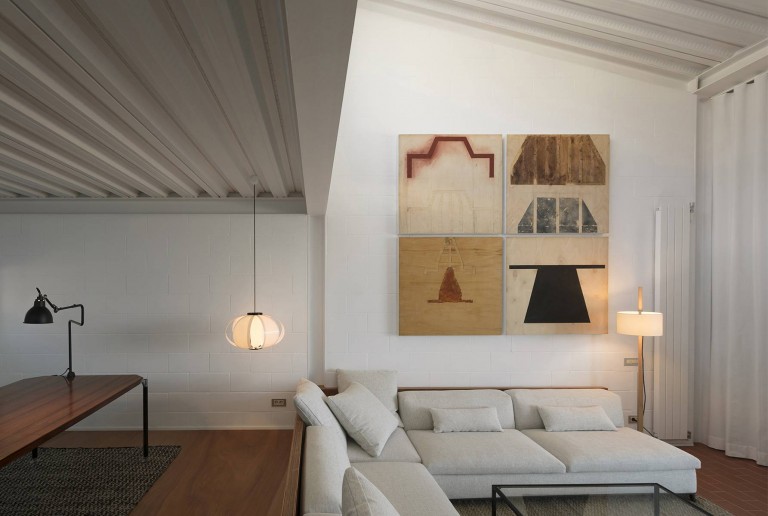 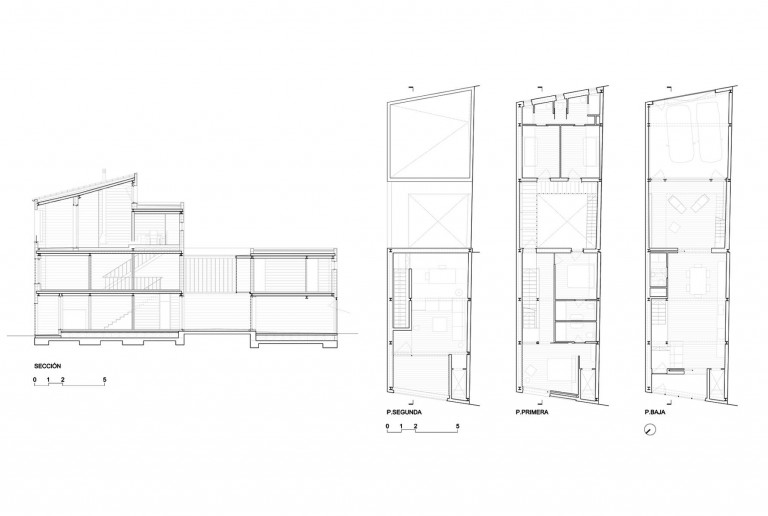 The house is situated on Port de la Selva Bay, on the northern coast of Cap de Creus Natural Park, with its face to the sea and the Tramuntana wind.

A building between party walls, the house takes account of the cultural legacy of the location and draws its inspiration from the F. Correa and A. Milá’s Villavecchia House and J.A. Coderch’s Senillosa House, both of them in the neighboring village of Cadaqués, these being examples of a respect for the traditional while incorporating conveniences and features of the modern.

The house is constructed on a deep, narrow plot of land between two streets, Passeig de la Plaja and Calle Selva de Mar, with taller buildings extremely close by.

The section resolves the conditions imposed by the regulations to do with the historic center by being stepped as it nears the street to the back, thereby improving conditions of insolation and ventilation and tailoring the upper reaches as traditional façades of the protected patios.

Given the elongated proportions of the land, its northern solar orientation, the difficult meteorological conditions and the lack of privacy, the house opts for a secluded, sheltered patio in a central location open to the house, which becomes a space for interacting and living in, playing a role by day and by night and being protected from the heat, cold, rain and wind.

As the spot where the occupants can relate, this intimate space is conceived for a life that is without threat.

Inside, the house is distributed on three levels. On the ground floor, access is via the two streets: an entrance to the back of the garage, and a pedestrian entrance from the front acceding directly to the kitchen-dining room-patio, thereby maintaining the local typology of the fisherman’s cottage. On the first floor are the bedrooms, which are reached via two stairways, one interior and the other exterior (the patio on this level) and a distributional atrium across a hanging gallery, thus generating a central “continuum” for domestic life. Lastly, on the second level are the library, lounge, and a sheltered terrace that looks out to sea.

In constructional terms, the house is resolved by economizing on its means and by recognizing the internal structural logic of its materials, which thanks to the angle of entry of the light point up the more sensitive aspects of its interior.

Rigor, austerity and materiality define the spaces, which connect the domestic scale of the house with the patio or figurative domain while constructing a larger scale in which the imagination enriches the form of dwelling by transcending the domestic.