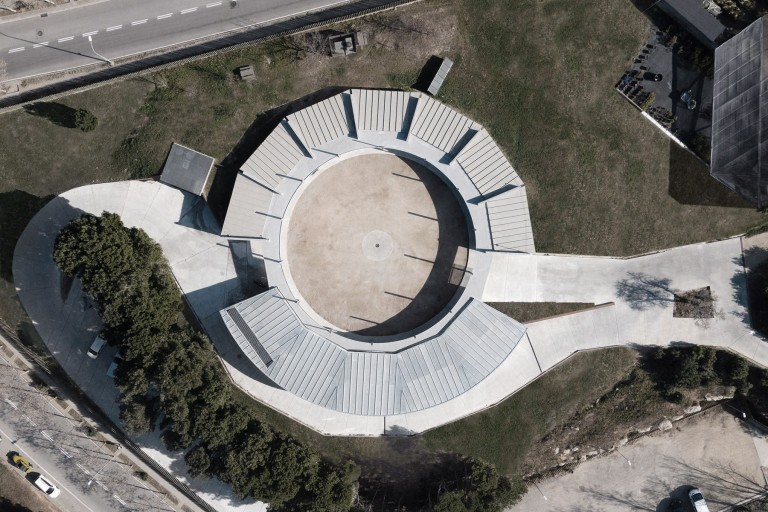 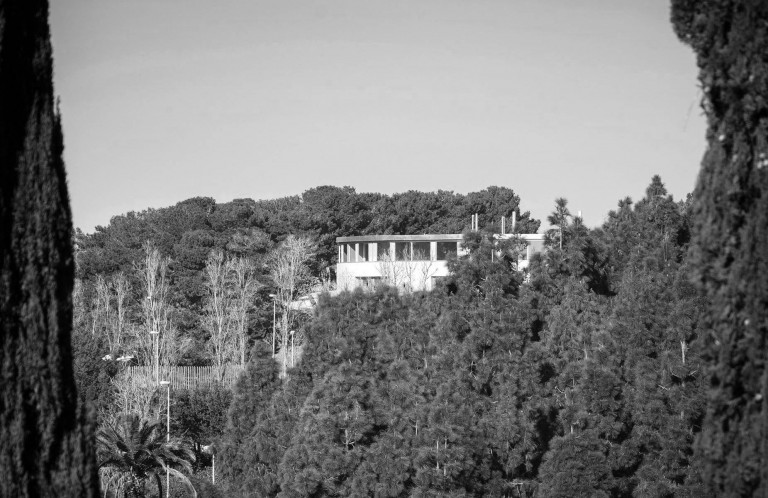 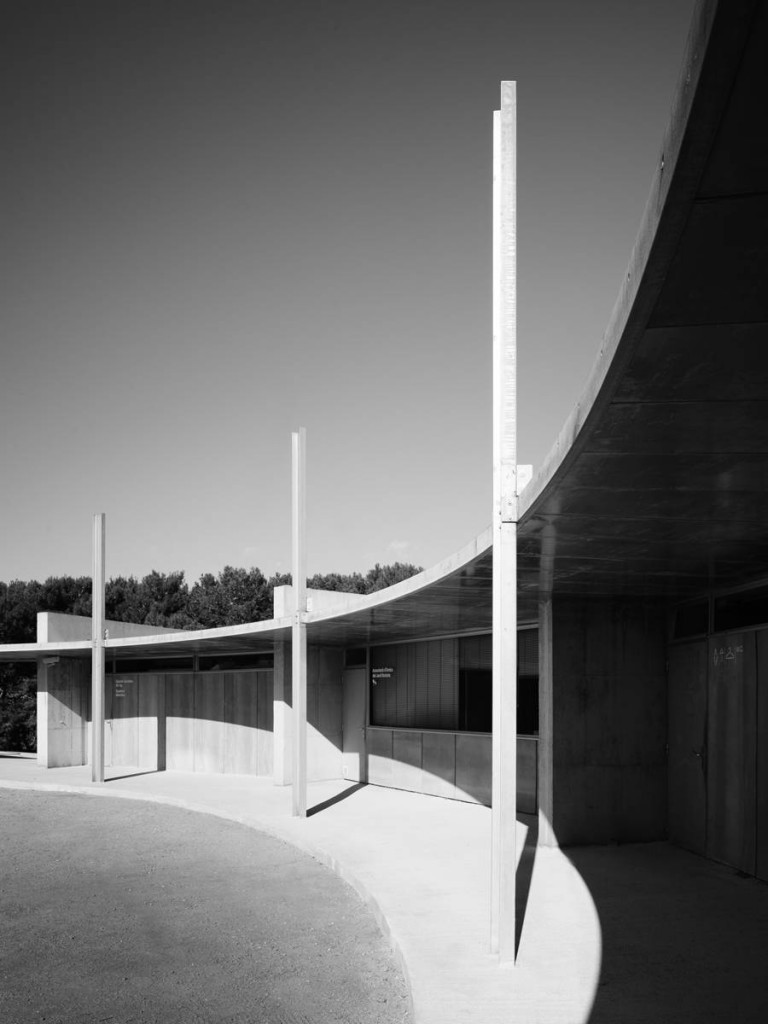 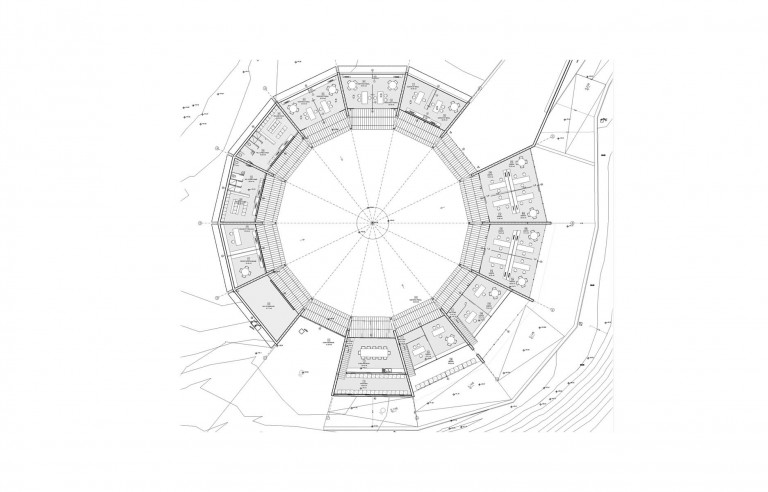 Starting out from the Barcelona Botanical Garden’s actual requirements, from the extending of the Seedbank and the reorganizing of the workspaces, we propose to rationalize the uses of the current offices and to colonize Semicircle N (built over the irrigation-water deposit). Like this, we preserve the imprint of the circular outline in the landscape around the maneuvering yard.

The current program of uses plans to substantially extend the seedbank, the lynchpin of the conservation programs of the Garden and of the role it must take on in relation to the conservation of the wild flora of Catalonia in the near future.

The best and most logical solution seems to be that of the roofing over the unloading bays of the Garden’s maintenance building, which we call Semicircle N, currently given over to warehousing. This solution is possible following the habilitation of spaces for storing material, substrates and machinery at the southern end of the Garden.

The idea is to roof over the current loading bays in such a way that an entire level is habilitated, with the exception of what is at the far right end, given that, according to the levels extracted from the last topographic study, they permit us, by means of a minor change of level executed at the height of the lower pathway, to double the footprint and to introduce a new space for public use for the Garden.

The incorporation of female staff in the maintenance work of the botanical garden demonstrated the insufficiency of the provisions that were established in their day with regard to the hygiene and work facilities. It was advisable to segregate a shower and changing room area bigger than the actual one in which the changing rooms and toilets might be separated.

The proposed roof, which in its day was planned in anticipation of the growing needs of the Garden, whence the undertaking of the refitting work on the building in Semicircle N, appears not to be overly complex, given that part of the screen walls and the foundations preexist.

On the other hand, we propose other user improvements in the use of the maneuvering and work yard, namely the paving of a concrete sidewalk perimetral to the above circle and protection for the office interiors from the impact of the sun by means of a pergola, in order to be able to move from one space to another without getting wet should it rain.