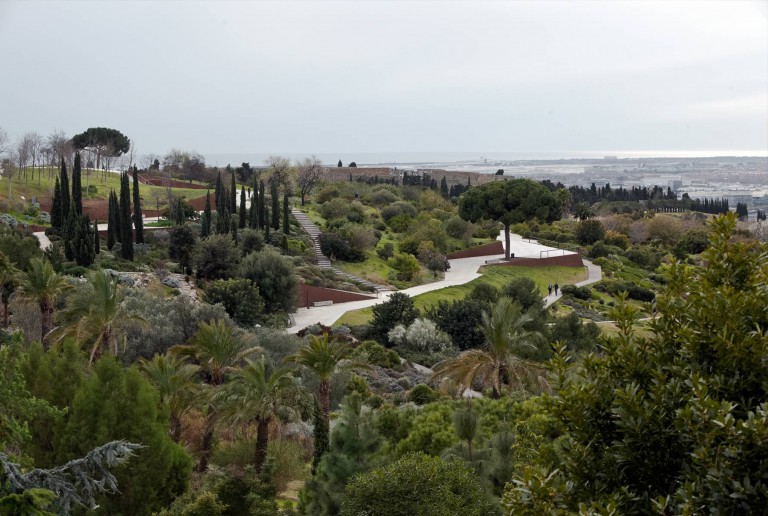 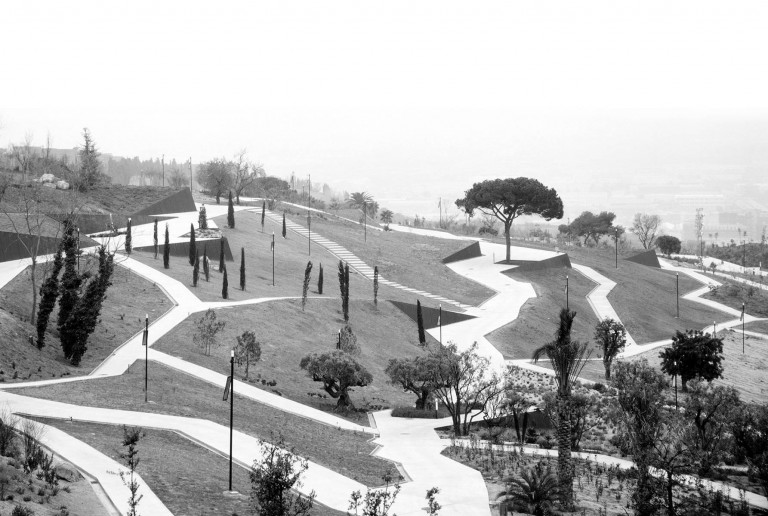 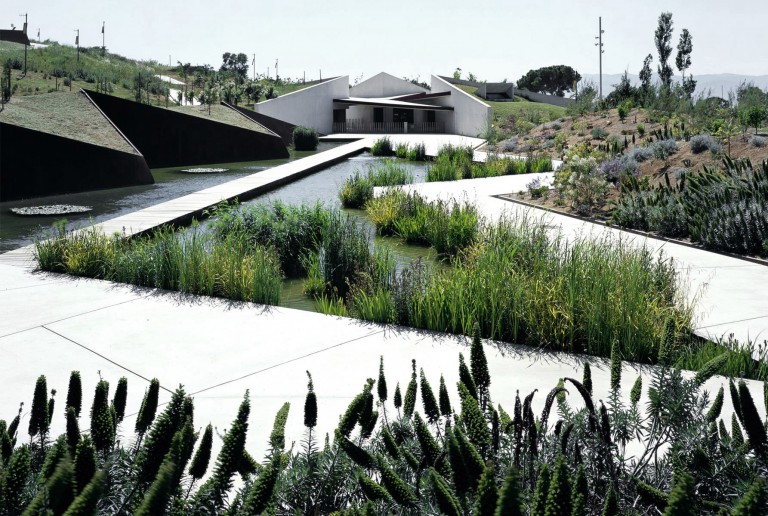 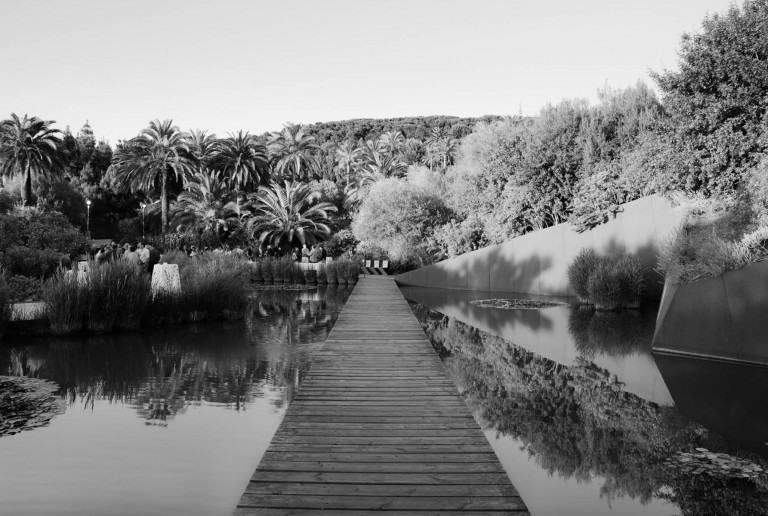 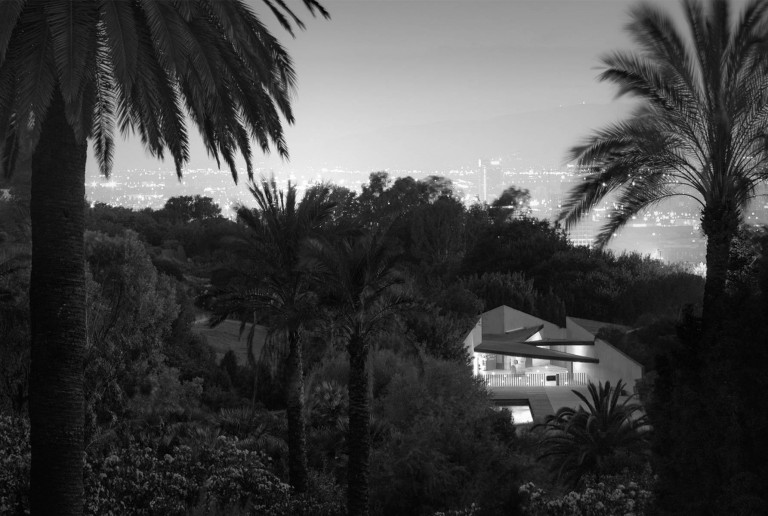 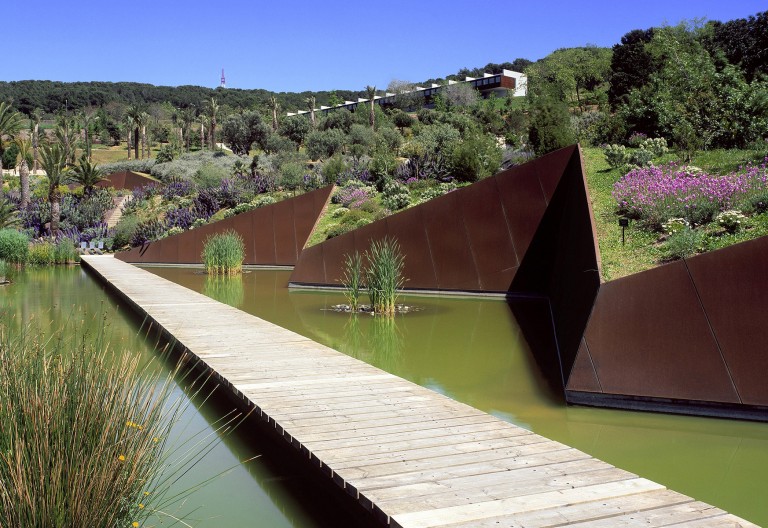 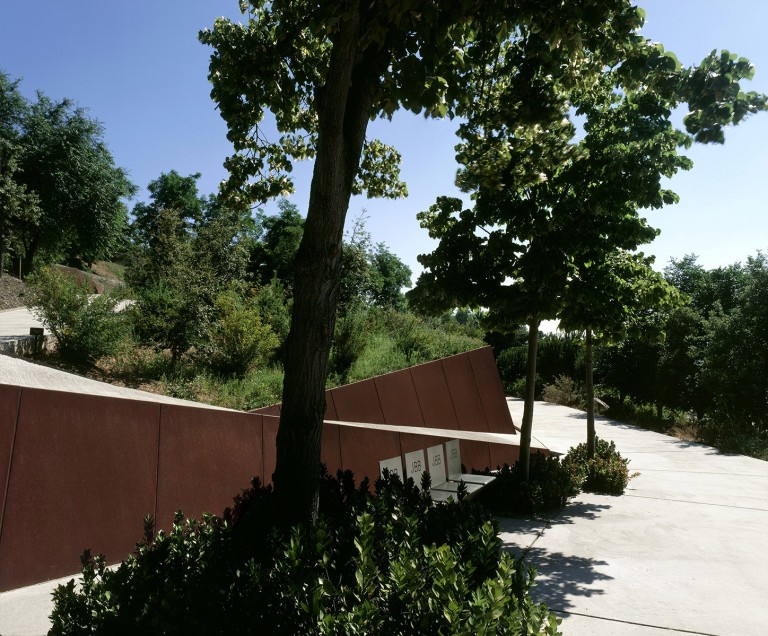 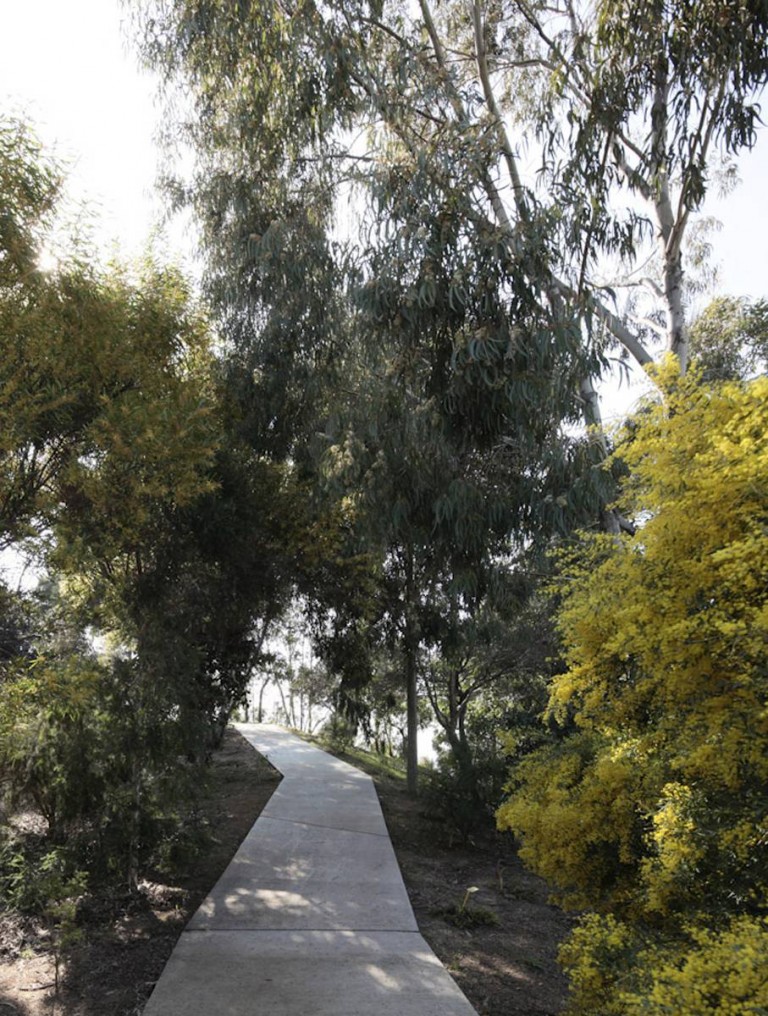 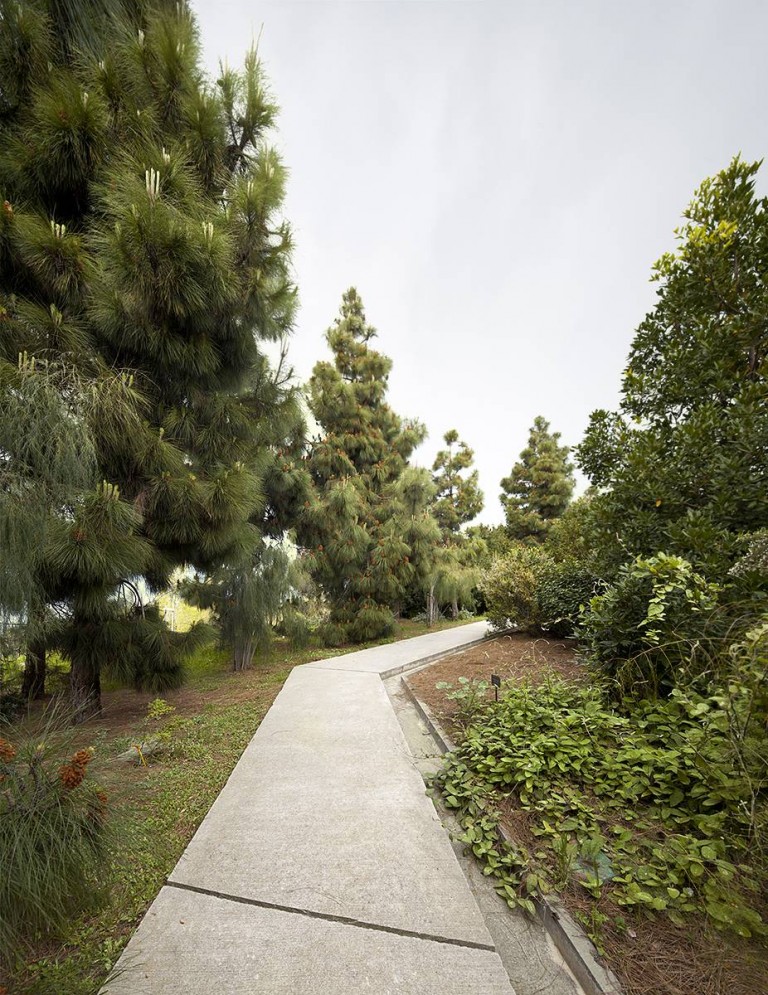 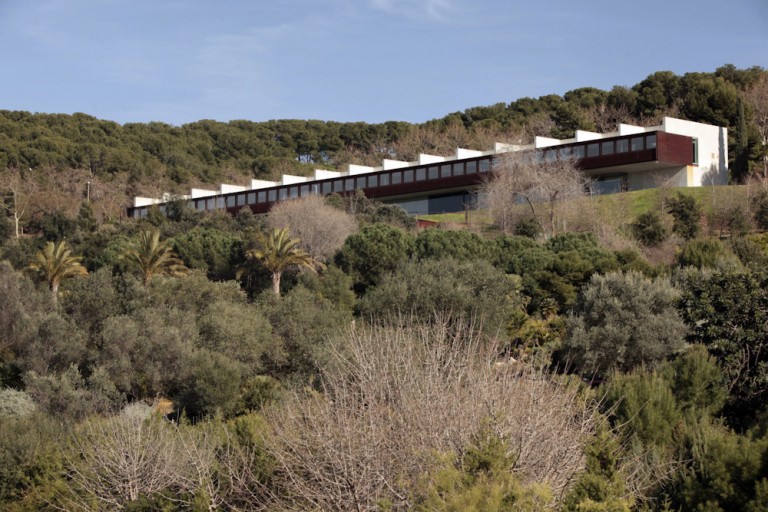 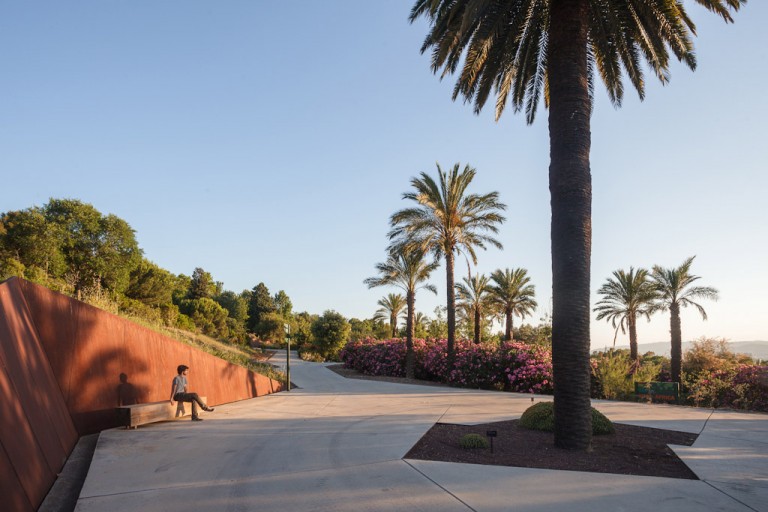 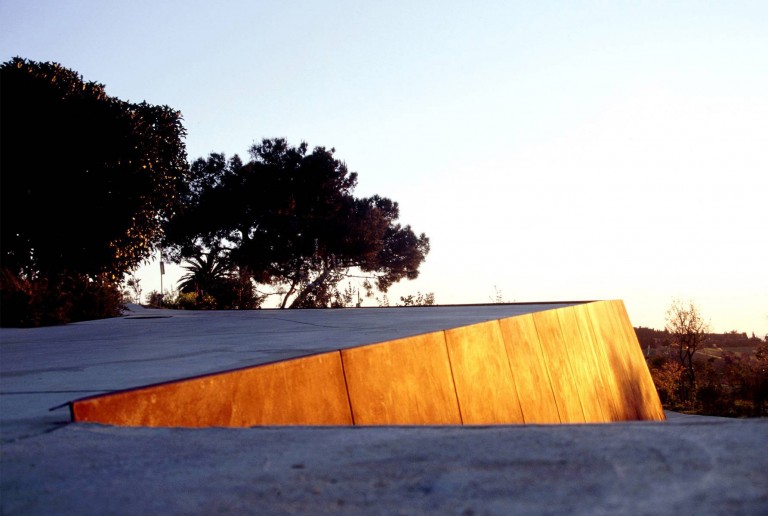 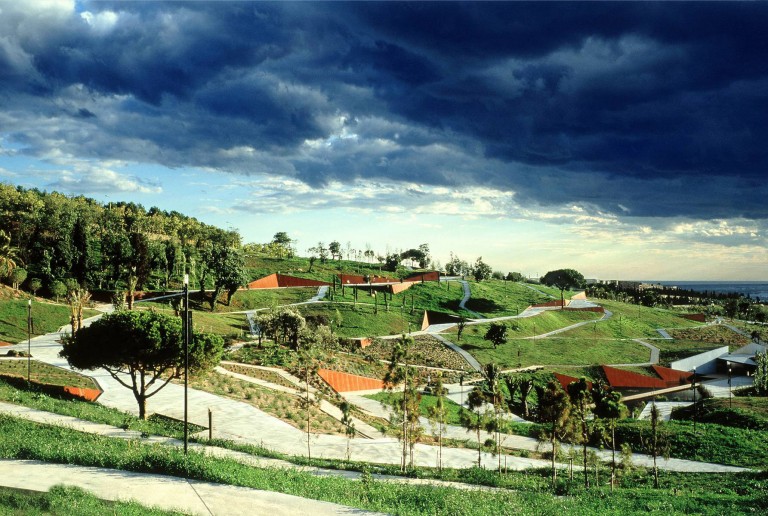 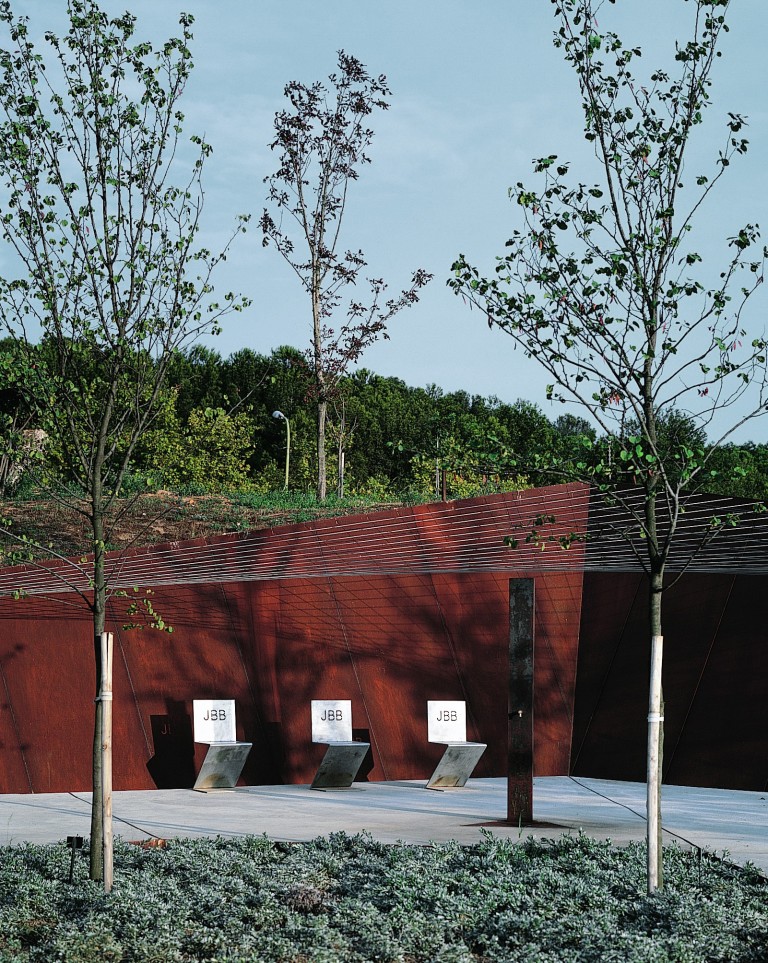 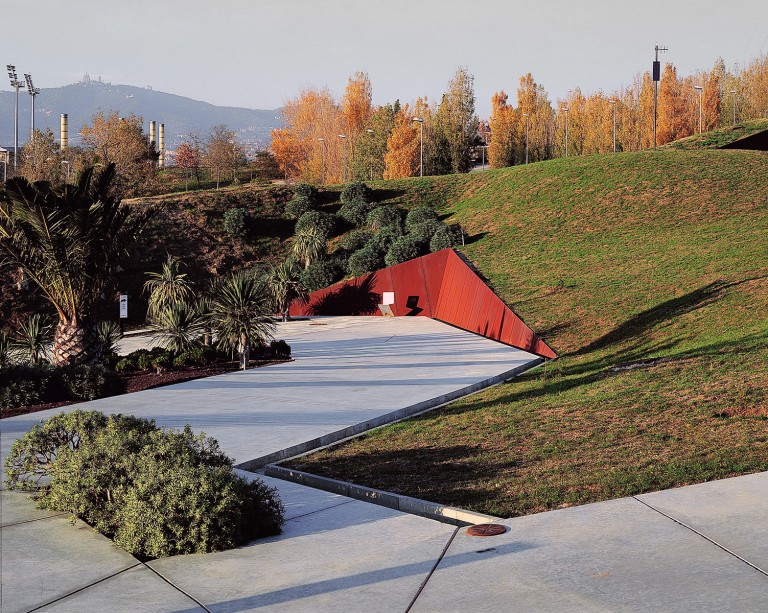 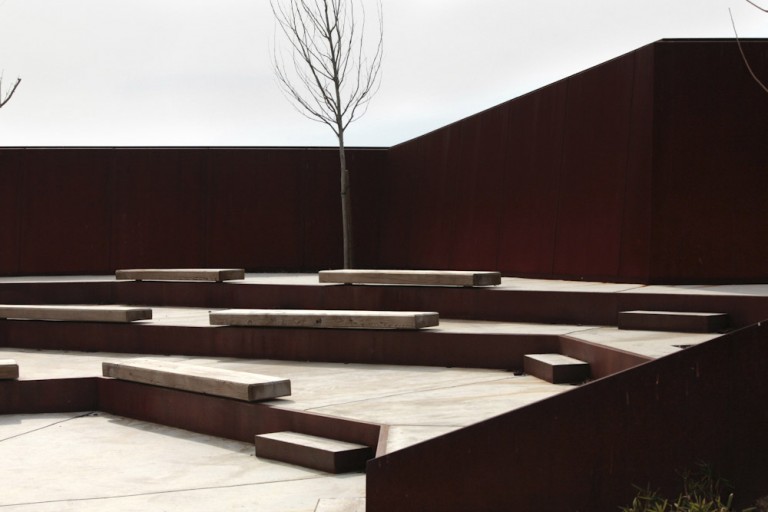 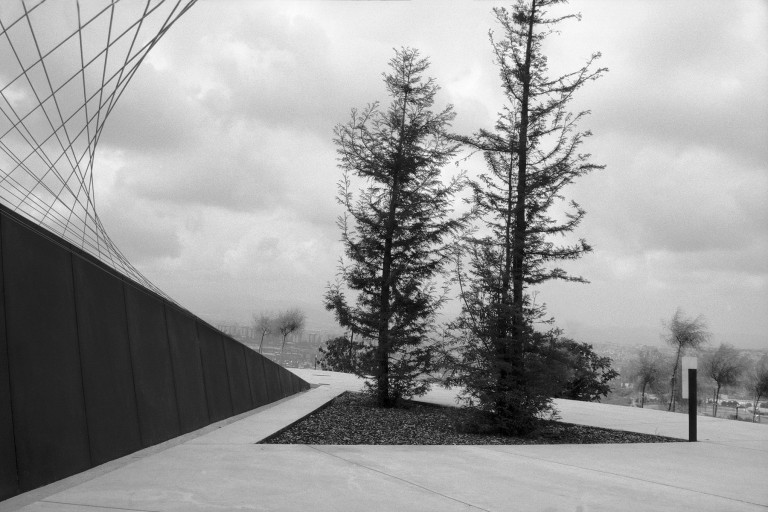 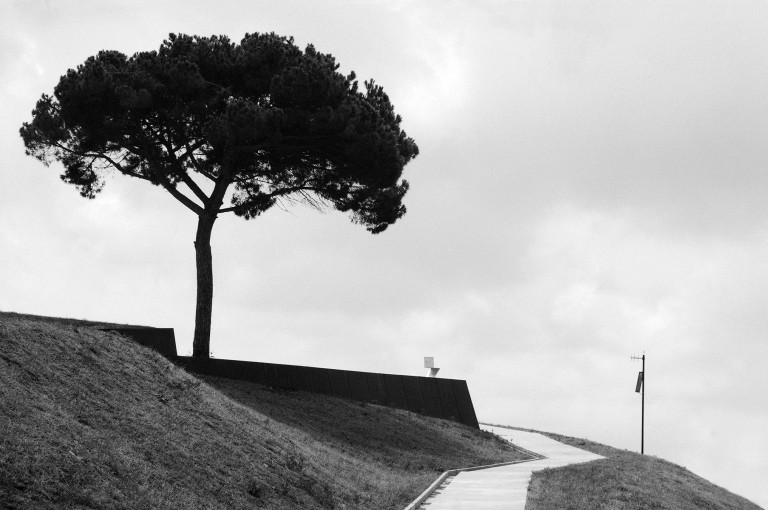 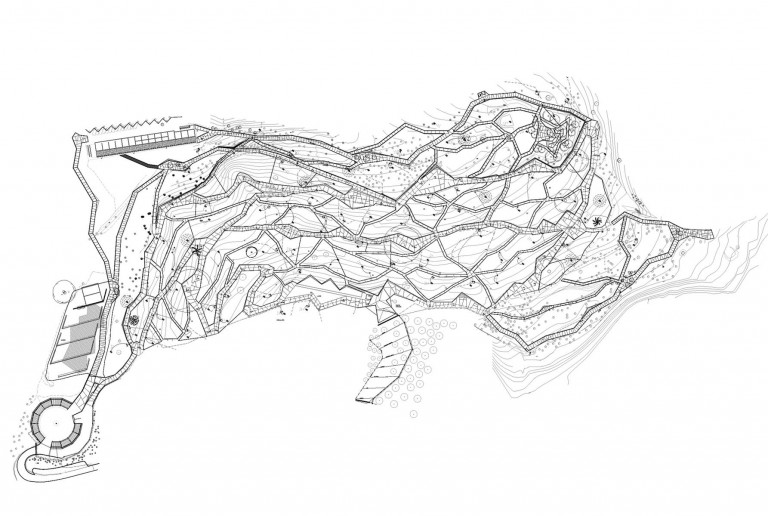 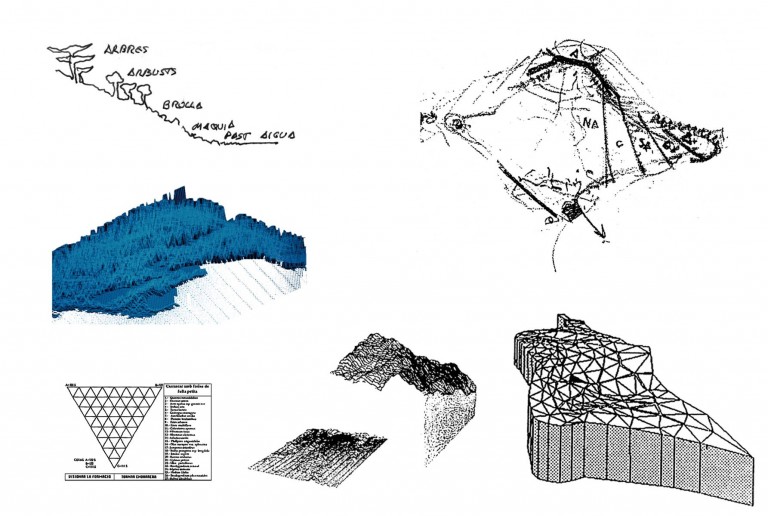 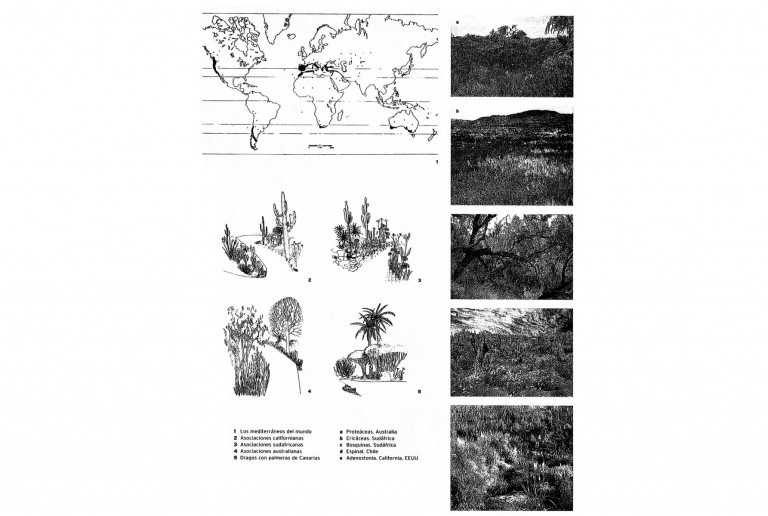 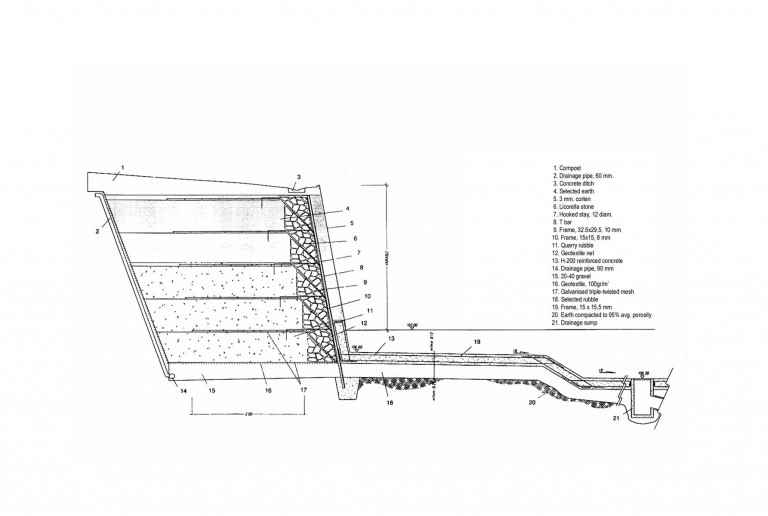 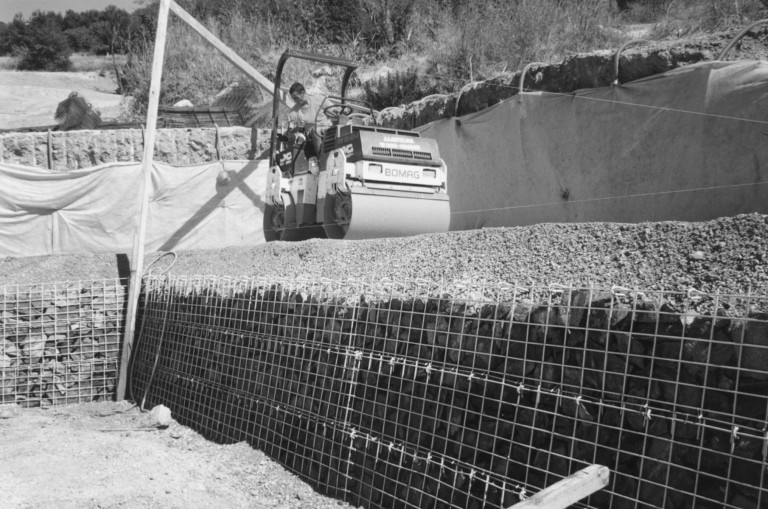 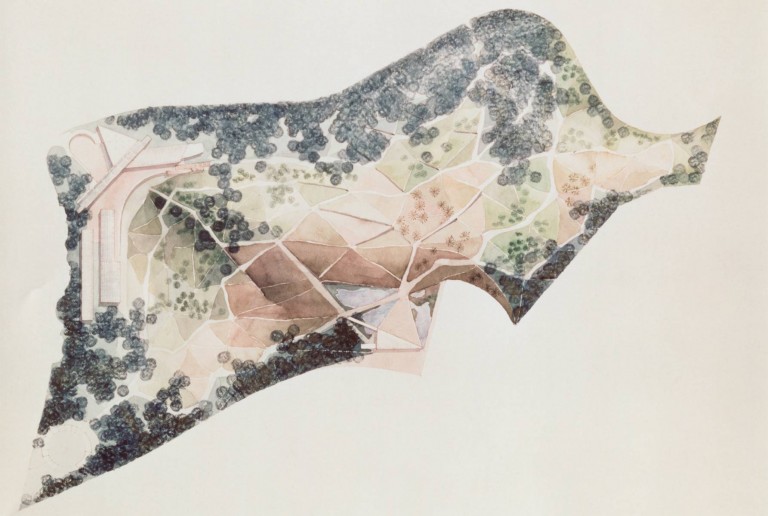 The global project comprises the creation of a new botanical garden for the city of Barcelona, specialising in the flora characteritic of reas homoclimatic with the Mediterranean, such as California, Japan, Chile, South Africa and Australia.

The projected garden results from the layout of a triangulated grid wich adapts the different formations of vegetation, placing them in “mosaics” (plan) and “transepts” (section), according to the different ecosystems.

The drawing presented corresponds to the buildings located in the upper areas of the park.

The project tries to formalise the different buildings using the imagery of lightness and transparency wich the vegetable world in wich they are inserted confers them.

The buildings, placed strategically at the upper access on the highest part of the route throught the garden, integrate themelves with the surrounding landscape, remaining as conspicuous visual refernce from the city of Barcelona.

The main building is organised in two volumes placed according to precise orientation requirements. The building destined for research bridges them, creating a “gateway” to the complex. The relationship between the gardens and its external surroundings is established by the void left under the bridge. The rest of the different buildings are articulated arround them: auditoriums, library, museums and sheds facing north, labs, nurseries and seedbeds facing south.

When we started the project for the botanical garden on Montjuich´s mountainside in Barcelona, our team of biologists, botanists, landscape specialists and architects aproaached it from two fundamental considerations:

The first one would be to achieve a project argument which would enable the place itself to generate the scope of the intervention, revealing the form of the new landscape from its morphological and topographical conditions. With difference to other urban aand architectural interventions carried out on Monjuich, to which it is completely alien, and which have the geometric layouts of universal exhibitions, olimpic games and other singular events, as their base.

The second consideration would be related to the structure of the new gardens which would have to include the mediterranean flora as well as that of other homoclimatic zones: California and a part of Japan, in the northern hemisphere; part of Chile, Southafrica and a small region of the australian coast, in the symetrical parallel of the southern hemisphere.

The geometric layout of the new gardens would base itself on botanical and ecosystem issues, as well as in the use of the concept of morphological convergence in vegetation, making it a tool of high scientific value and becoming part of the botanical gardens of next century.

The sinthesis of these two goals would only be possible if we achieved an instrument capable of allowing the dialog and shred work between the different specialists, something impossible during the first working days.

This prompted the idea of superimposing a triangular grid over the site. this grid would addapt itself to the terrain, unweaving itself at the edges and growing or diminishing in area in accordance with the slope. The orientation of the triangular grid would follow the three principal directions of the topographic lines, insuring that two ends of each triangle would always be at the same level, with zero slope.
Other breakdowns of the grid would retain the same structural formation, responding to issues of accessibility, planting…
This irregular geometric order which varies according to the position on the site would allow the following:

– Provide the site with a hierarchical network of itinerarys reponding to the use and slope, establishing primary and secondary routes related to the work in the garden…

– Confer an order which enables the scientific, pedagogic and ludic exploitation by permiting the ordering of the mosaics of different vegetation communities.

With the aid of a PC we made a program to visualize the grid, we could isolate any triangle and observe all the planted specimens. All this was visualized photographically, obtaining the specific or taxidermic data of any species in the triangle at the end.

This projectual device would finally achieve our most important goal: to obtain a limited control of the form of the future landscape.
By moving slightly the ends of the triangles, the grid breaks up and the lanscape become faceted, so that each piece achieves singularity of orientation and slope.

These would be informed by the sunshine and water requirements, the planting difficulties and the relationship with other species.
The constructive system employed to break up the grid will consist of a series of concave or convex double walls of varying height, lenght and turning radius. With them the landscape will aquire a fractal order and dimension, organizing itself from irregularity and fragmentation. Later, the planting will tame down the excesive initial virtuality, remaining only as an inherent order of the garden´s construction.

This method, with an ultra artificial component at the begining, ends accepting the characteristic fractal dimension of nature, achieving, in J.M. Montaner´s words, an advanced synthesis between the ecological equilibrium of the plantations and the artificiality which provides the territory with built infrastructure.