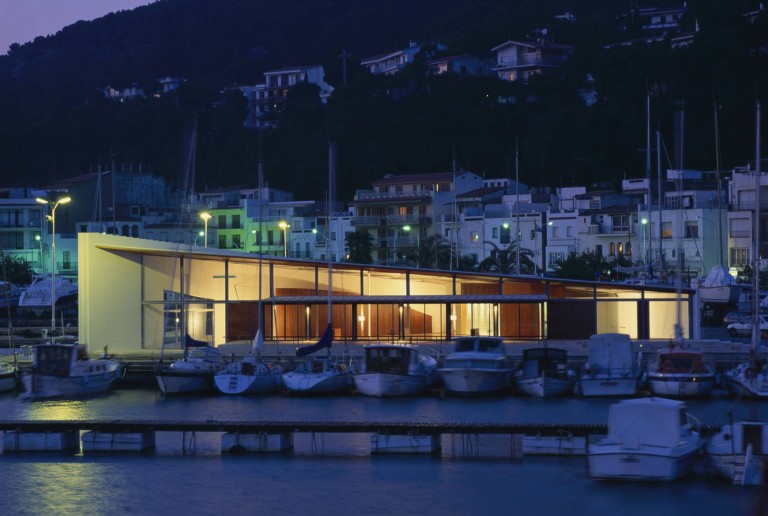 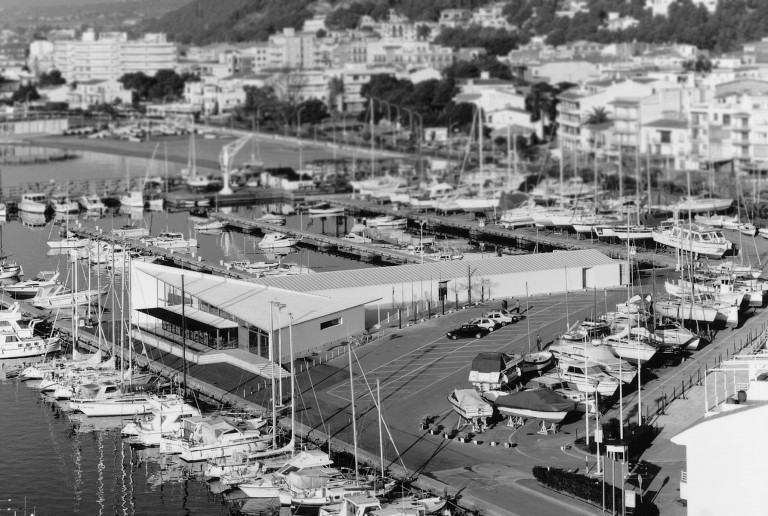 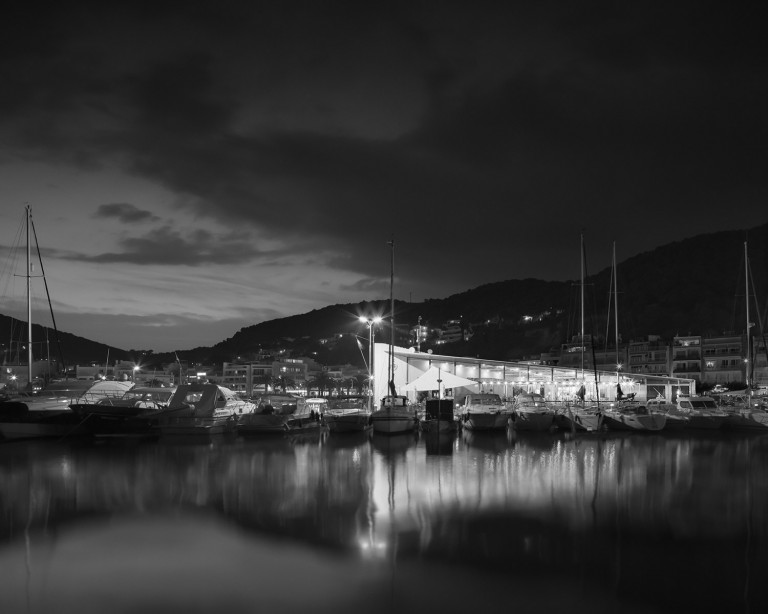 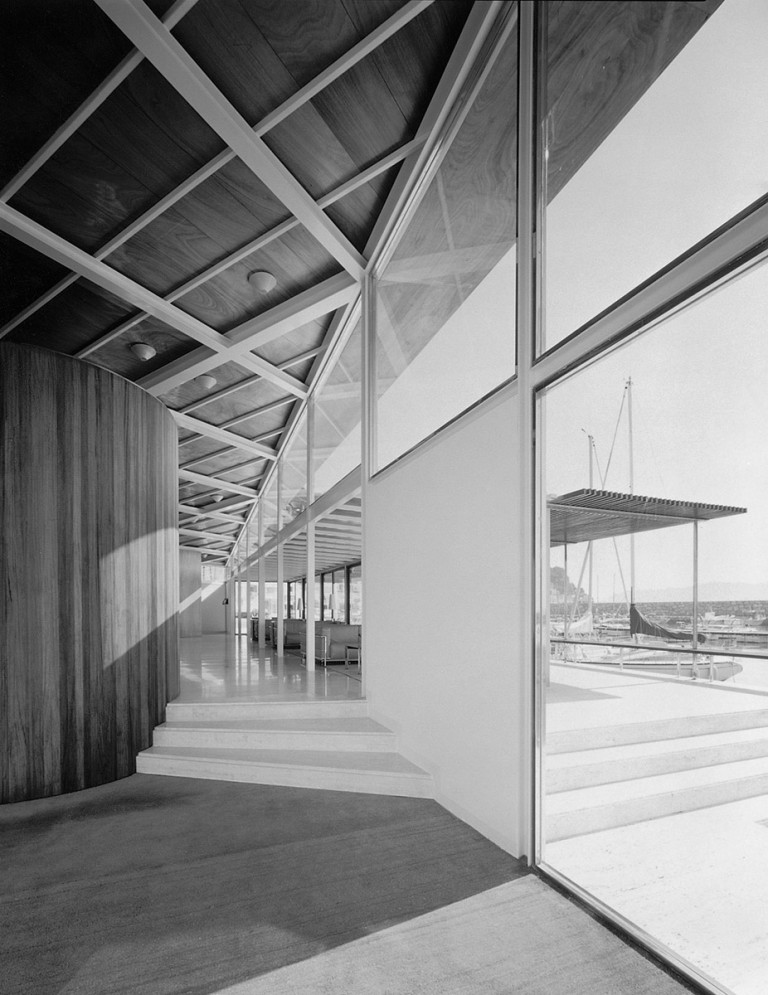 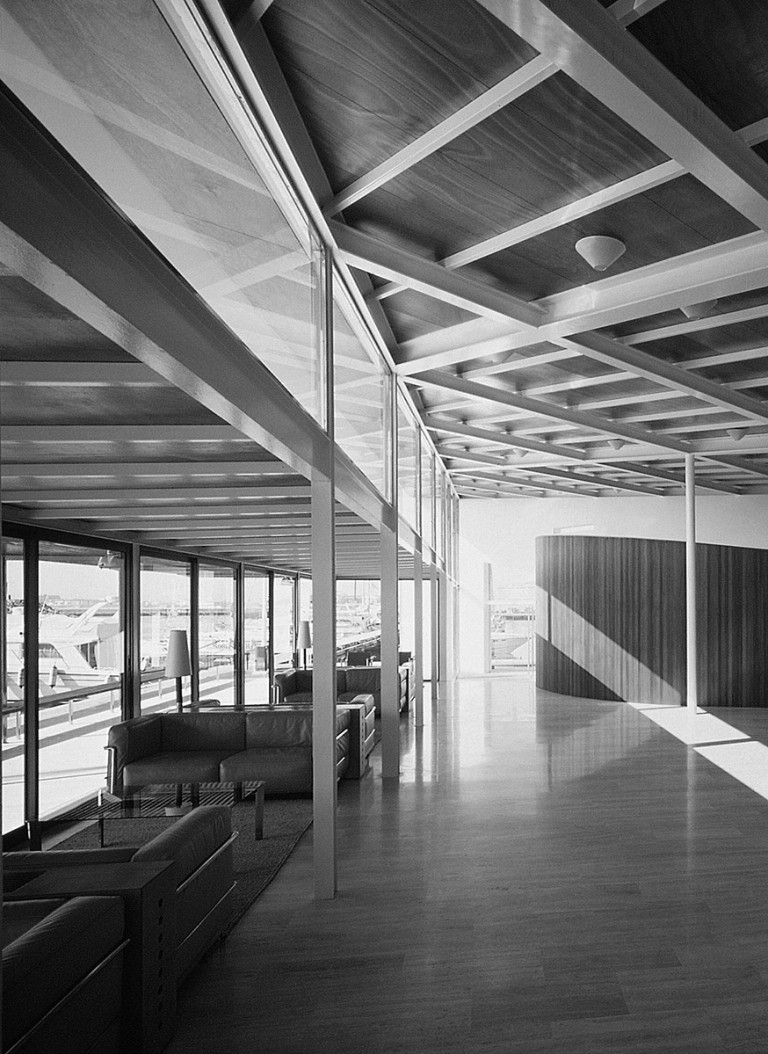 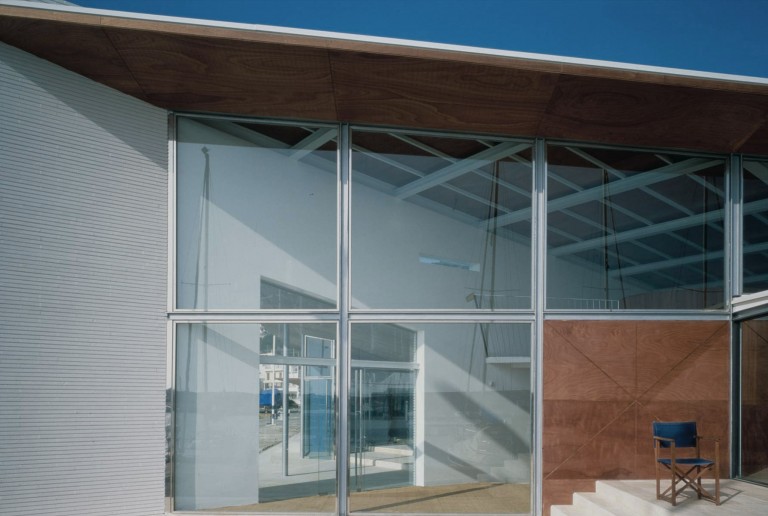 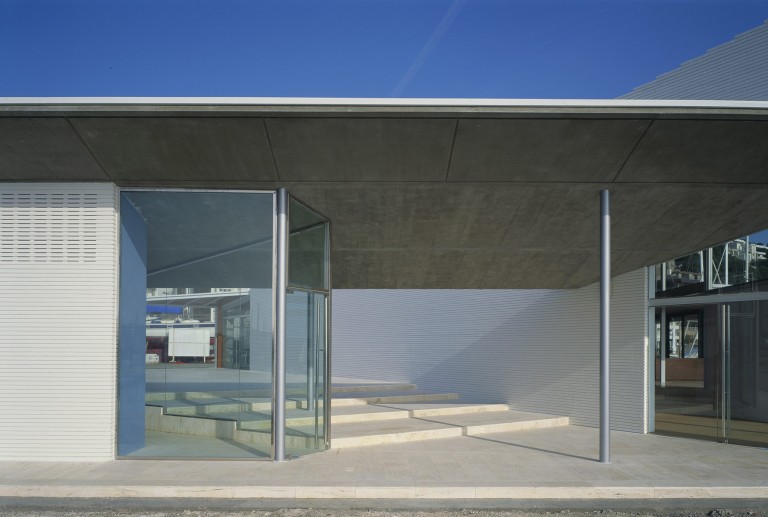 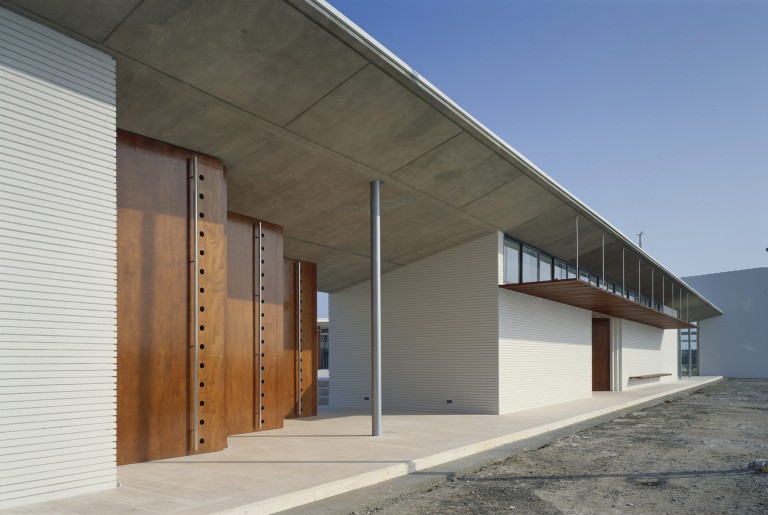 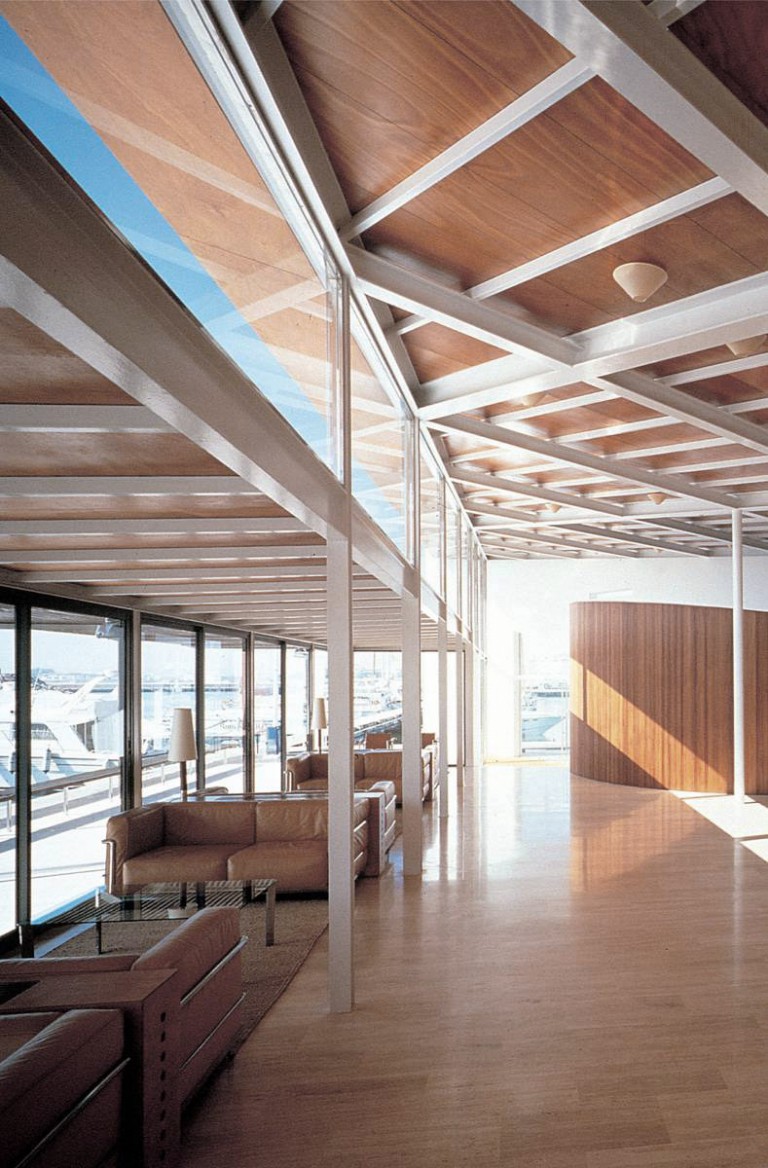 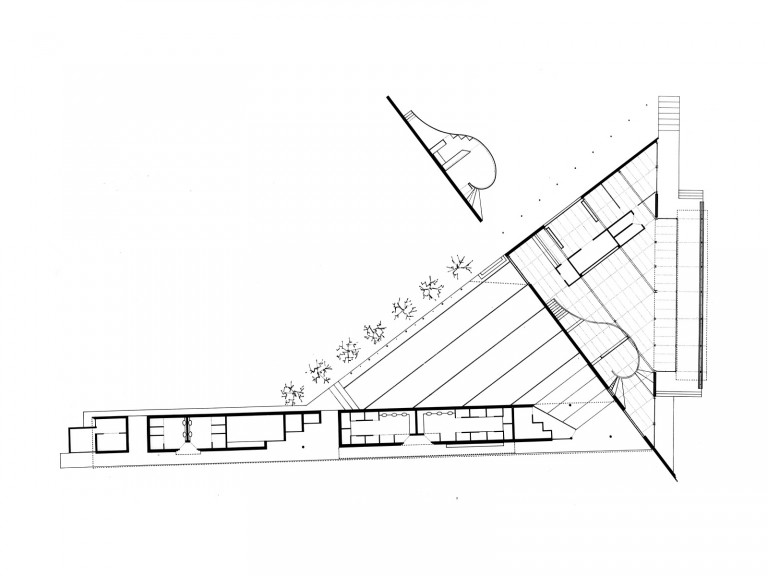 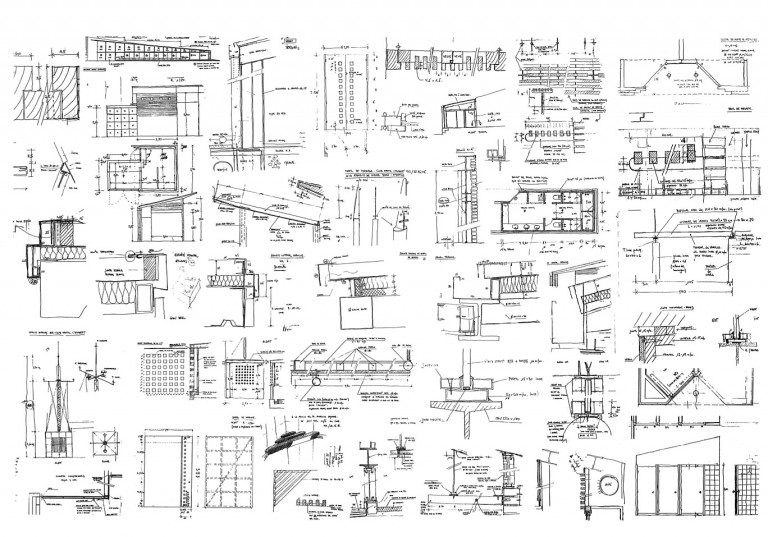 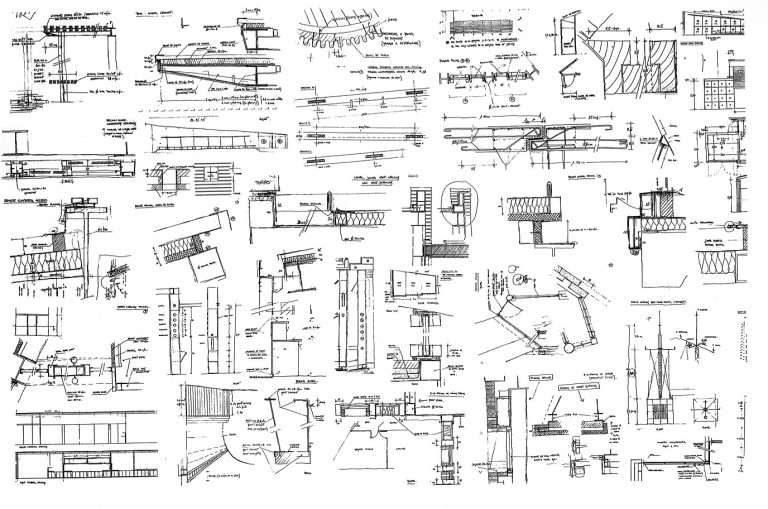 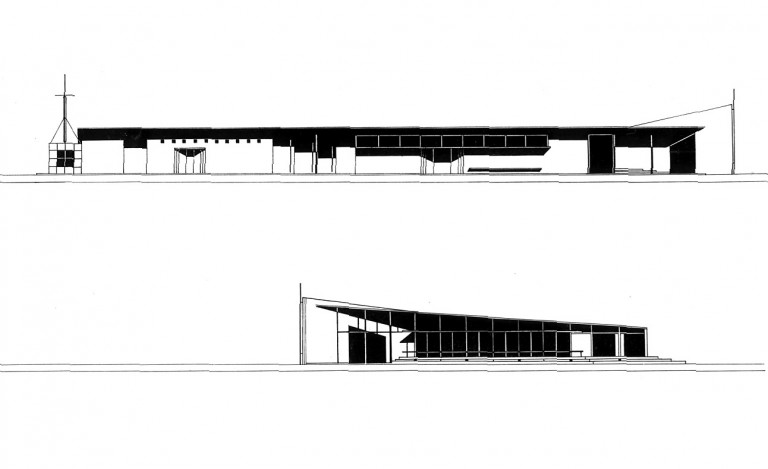 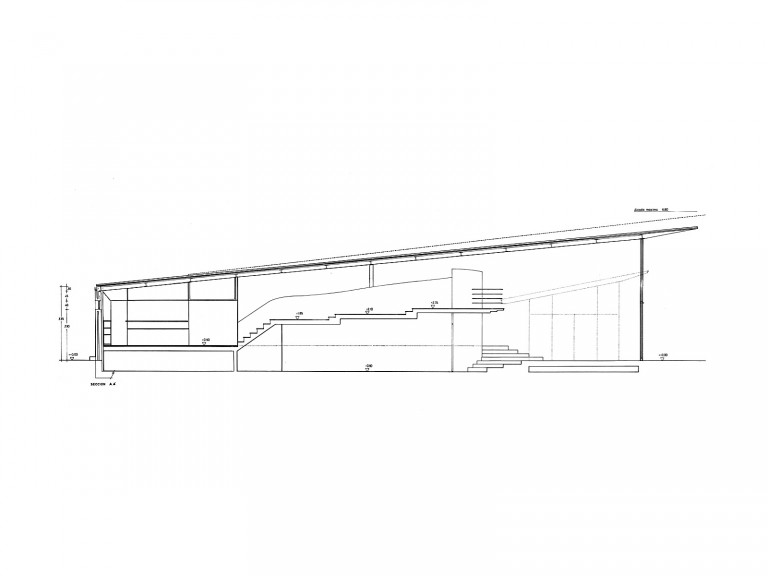 L’Estartit is a coastal enclave located at the northern end of the bay of Pals, in the geronese section of the Costa Brava.

Situated in front of the Medas Islands, an area renowned for its rich and beautiful underwater wildlife, the harbour enjoys comprehensive mooring facilities for recreation and sports craft, making it a key departure point for sea journeys. It is also the home port of a small fishing fleet.

The building tries to integrate with the urban context by means of its radial layout, and with the harbour escape using a balance between solids and voids.

In this setting, confronting the sea, the building appears at the edge of a platform which is used car parking, ending and separating it from the moorings, while simultaneously opening up towards the harbour. The building, placed at the corner of this platform, is organised into two pavilions which create a pedestrian walk along the waterside.

Of theses two pavilions, the main one, which has a triangular plan and houses the club’s offices, halls, small nautical library and bar, is oriented to South West, facing the moorings, is organised longitudinally and houses the different bathrooms, personal quarters, goods sale, canteen, transformer room, antennae, etc. Both pavilions have an independent roof, pitched towards the land so that when combined with the layout of their respective plans, of differing dimensions, it produces a clear contrast between both volumes. To reinforce this duality, at the intersection of both elements appears a perforation or void which, acting as a large window, selects the sea views seen from the Beach Promenade.

This empty space becomes the open atrium of the club, the place which articulates the two bodies. This prismatic space has a visual vanishing point at each angle: the main access to the social area, the direct route to the moorings, and the perforation which communicates with the plant room, changing rooms, and services areas. This space, slightly raised above the level of the harbour, is finished with a stone paving, with longitudinal incisions which help to confer it the character of a public building, as well as allowing the performance of sports acts, organising sailing races, award ceremonies for sailing, diving and swimming, as well as other events derived from the club dynamics.

The whole complex is built on a podium which presents its inhabitable parts as protruding from it. Under the podium a concrete hull which rests on the foundations at the water table level forms a series of accessible underground chambers which house the networks of cables, ducting and piping. The podium is finished in the same travertine stone used in the rest of the internal and external paving. The buildings set enclosures, using a rebate in the horizontal grouting to reinforce the horizontality of the scheme. These façades contain a series of details necessary for the correct ventilation, details which highlight, scour and break the eastern and western planes.

The carpentry and lightweight structures, made in stainless steel, will try to weather comfortably the climatic conditions. These elements acquire the character of the buildings’ boat fittings. The wooden elements, in marine plywood and iroko, provide a warmth characteristic of nautical settings both inside and outside.

The metallic roof cladding, with a special rust white finish, makes a clear contribution to the building’s integration with the context. The rest of the elements which appear, such as pavements, internal finishes or even the furniture itself, contribute to outline the ambiguity between the land and the sea…