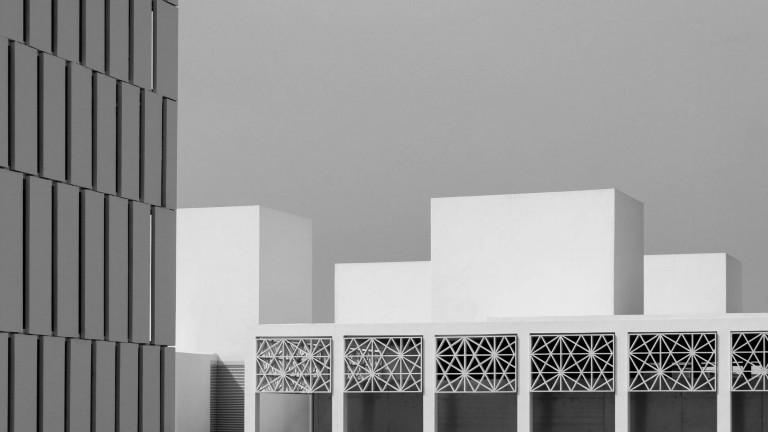 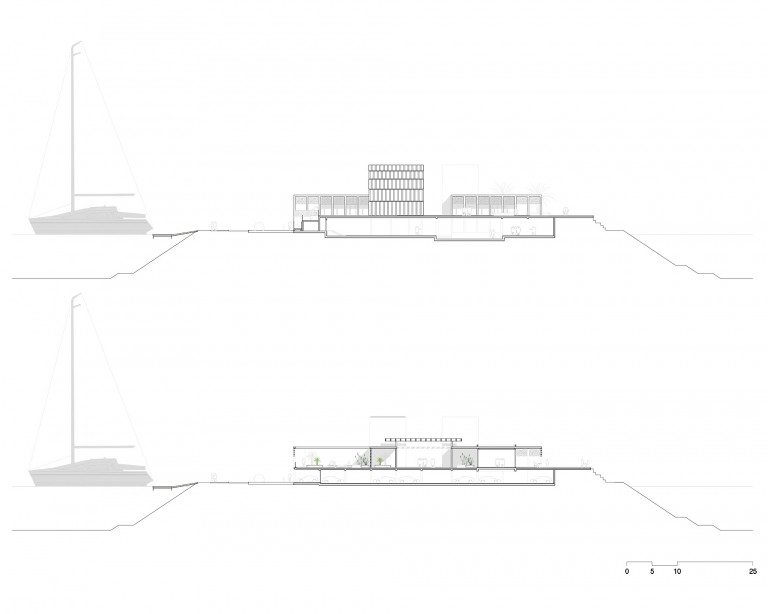 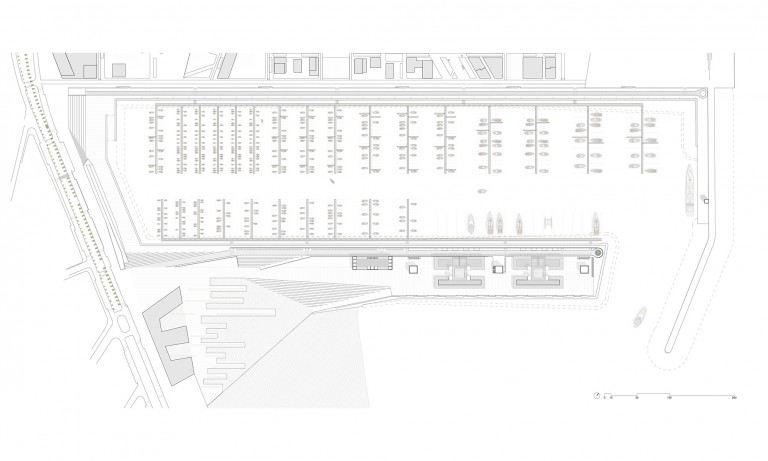 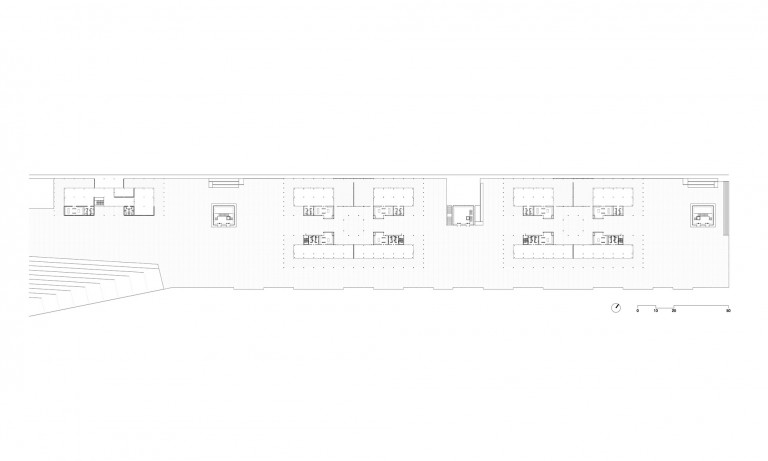 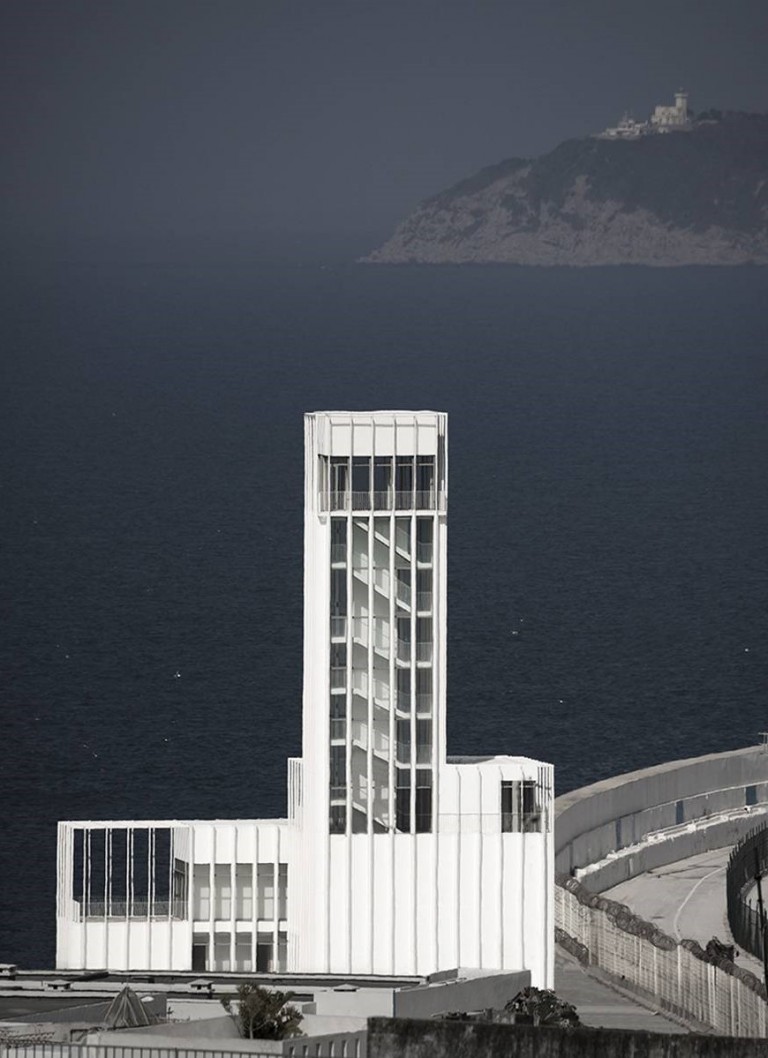 The general proposal that evokes the maritime site is understood as an intervention in which every space has its own entity, always with the idea of the Mediterranean, sustainability and respect for the environment behind it, but which at the same time produces osmosis. In other words, these spaces combine to form a general system of public space by interconnecting Av. Mohammed VI, the various lines of the new Grand Môle, the Place du Large and the beach.

The general proposal aims to stress this feature, that of the place acting as a door and hinged to the great operation of the recovery of the iconic port of Tangiers.

The transition between Av. Mohammed VI and the Mole de Plaisance is seen as a great avenue bringing together different garden areas as viewpoints hanging over the marina, configured by access ramps to the port.

On the other side, in the area of the Esplanade de la Plage, bearing in mind the area’s permeability and to maintain a close relationship with the building that is to be made, two transition areas appear between the upper level and the beach; one of separated paved walkways on the sand, alternating intermediate areas under pine trees and palm trees and another with a large grandstand like an amphitheatre over the beach and the bay.

At Mole de Plaisance, 4’80 m above the sea, along its 300 metres and through two large porched fronts housing restaurants and cafes, three large squares run in succession with views of the port and the sea in which three cubic volumes of 10 x 10 m. at the north-western end form the transition acting as large lights at dusk, and a group of palm trees and tamarinds on circular elements form a shaded area at the south-eastern end with views of the sea. The two porched fronts are the facade to both sides of the quay of built-up complexes between which there is an interior street that provides a second access to the restaurants and cafeterias via two squares protected from the wind and the sun by large pergolas on two levels. The three mentioned towers house the entrance to 3 musical restaurants or theatre cafes which are on the lower level, 2’20m, so they are easily emptied. On the same level, also under the restaurants, two covered car parks have been provided with a total of 400 spaces and premises to house port services, and at the end of the quay and on the mouth, a petrol station.

In the porched buildings of the restaurants, the structural elements are in concrete openwork and painted white, and the lattice elements and blind walls are made in prefabricated concrete also painted with white silicates. The rest of the walls are glass.

The cubic volumes of the squares are formed by a double skin: an inner skin of glass acting as a wall, and an outer skin of lattice work formed by white prefabricated pieces that allow ventilation while protecting the inside from the sunlight. The two levels are connected by a lift and a staircase in the space between the two facades, and as the interior wall is glass, the staircase appears as an aesthetic element that forms the central double space of the premises.

As a final, unifying element, flooring of large prefabricated pieces in light sand tone covers all exterior spaces of this large 300 x 60 m platform over the sea, passing under the porches to stretch the exterior spaces inside while connecting the interior spaces with the surroundings.