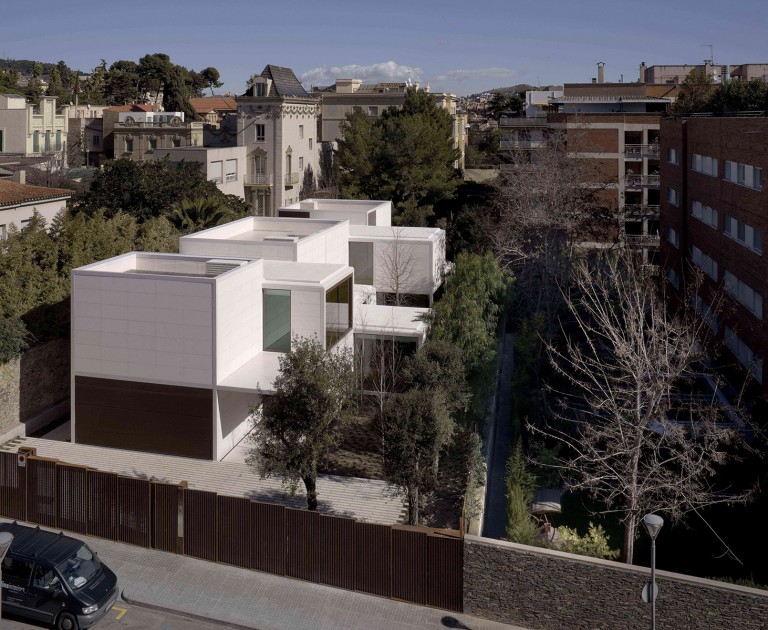 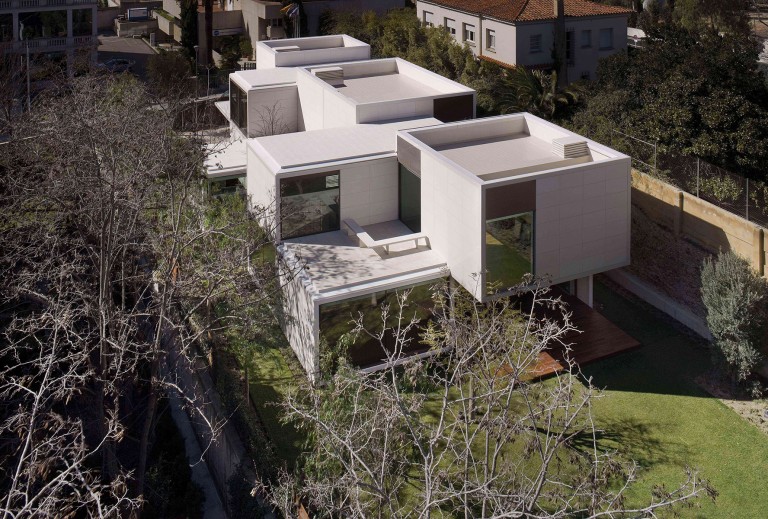 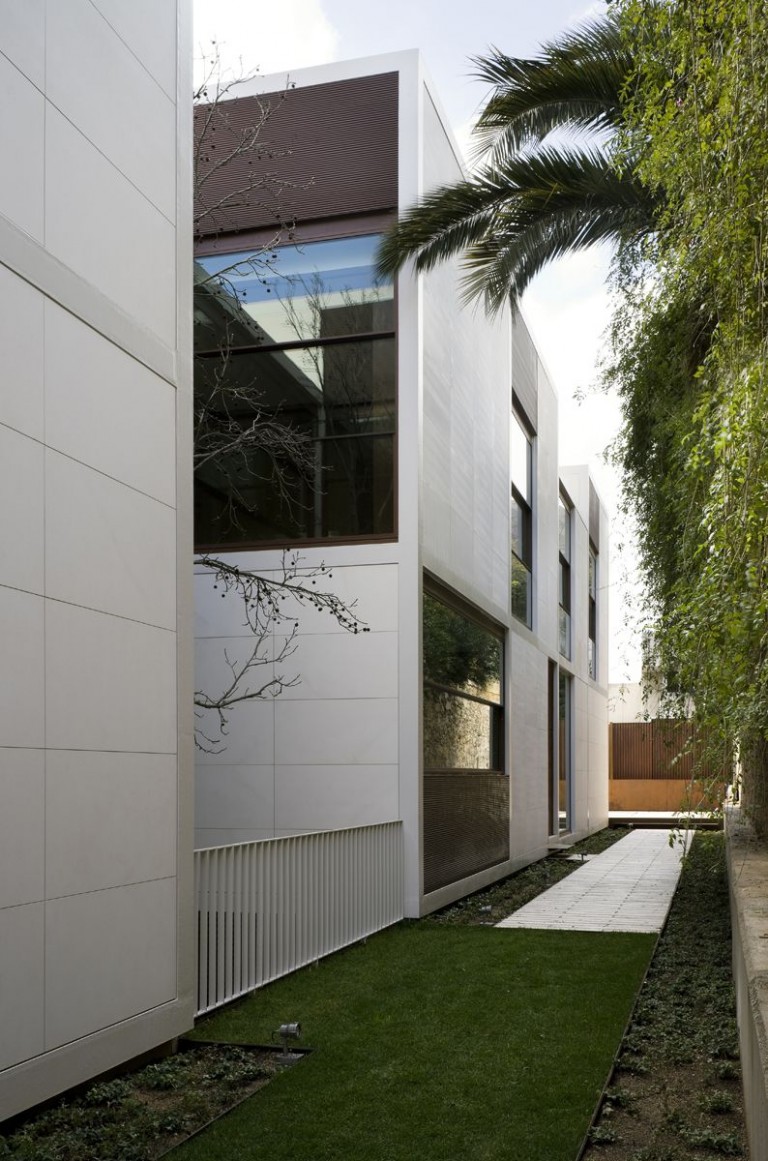 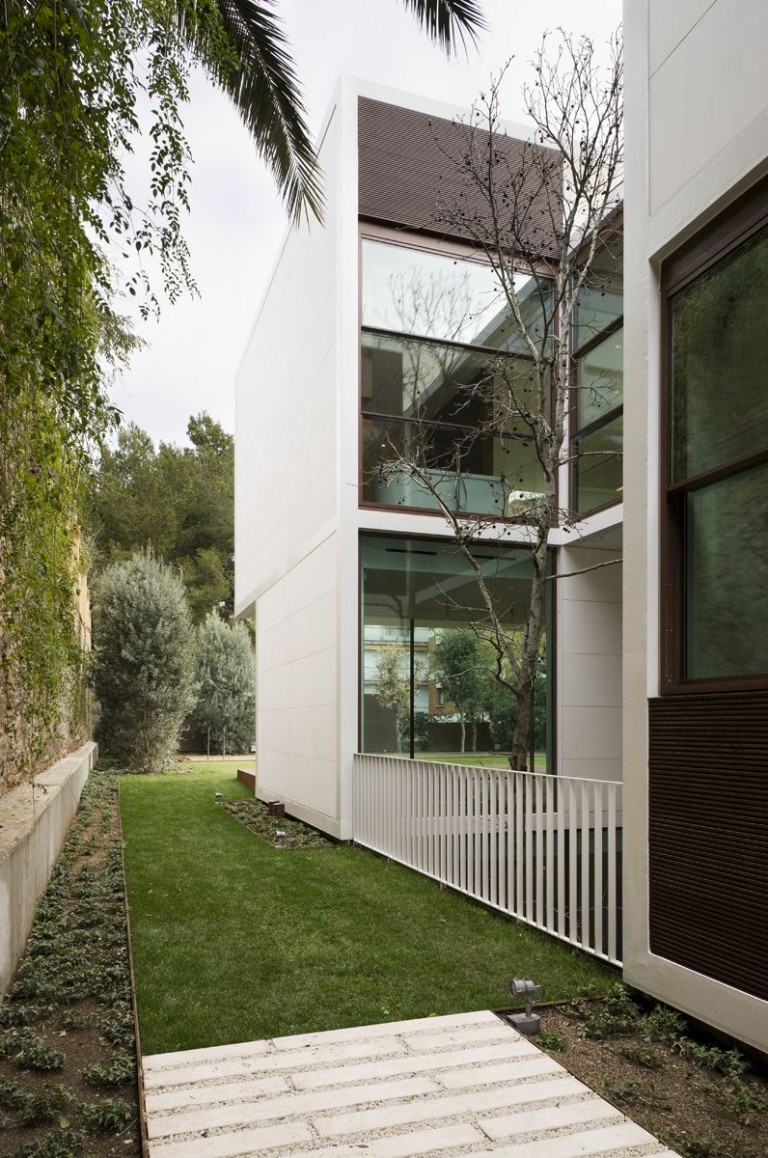 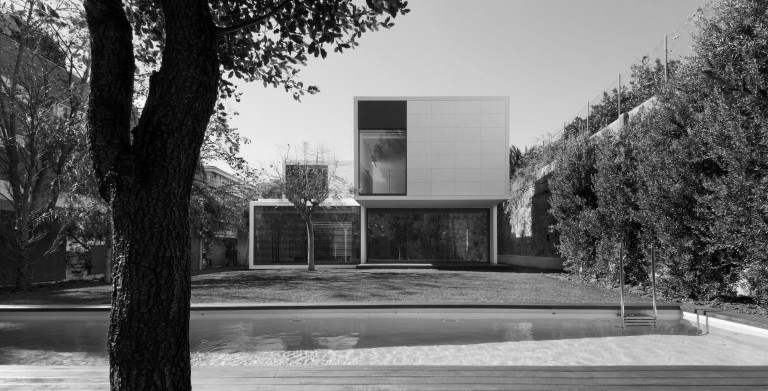 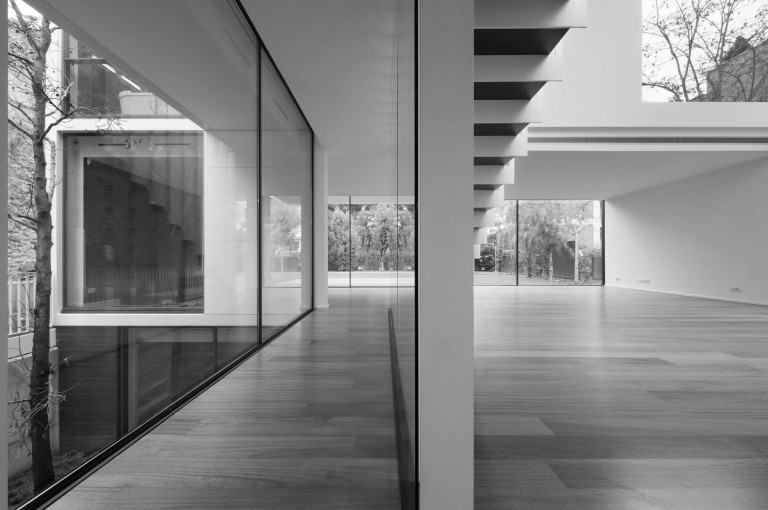 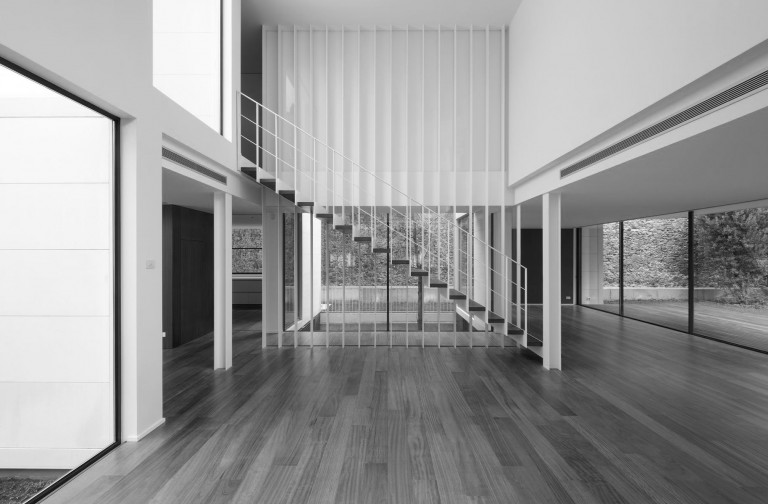 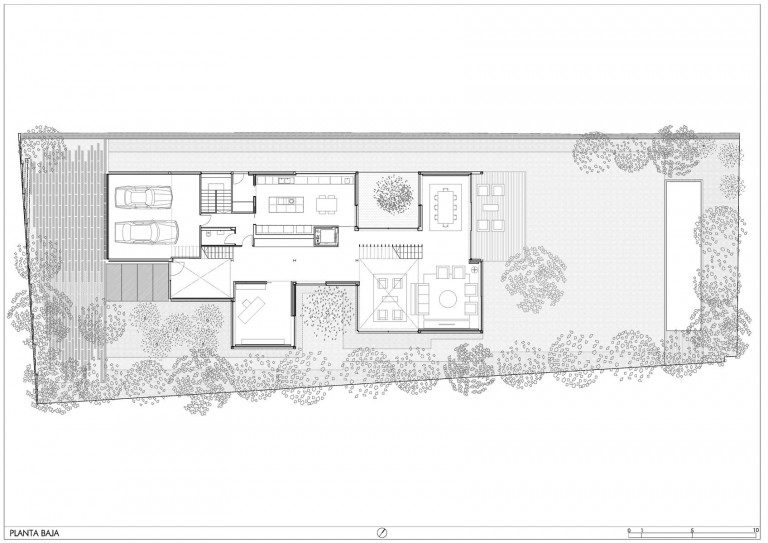 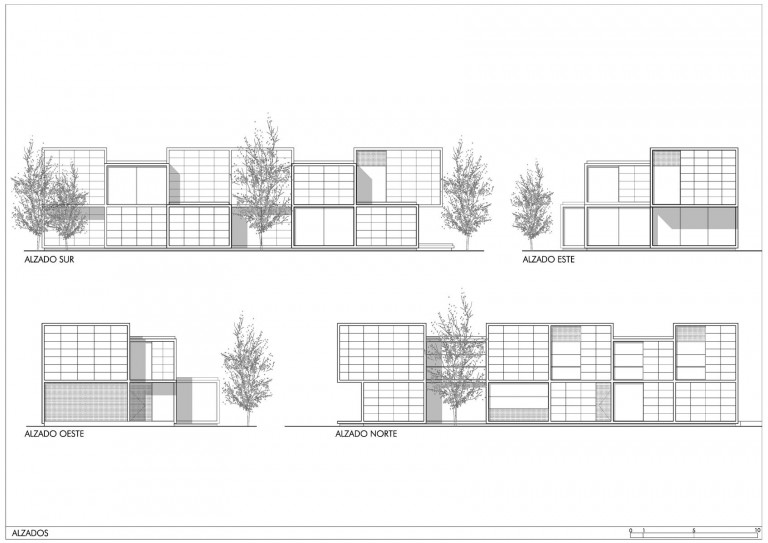 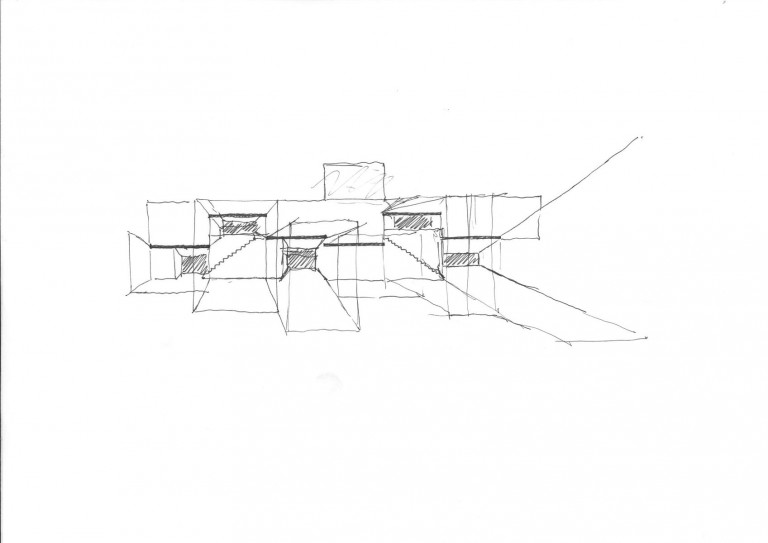 The house is situated on a rectangular, urban plot, and spawns from a grid that modulates the structure, both in plan and volume, and is separated from the ground, perceiving it as a body suspended on pillars and beams which are seen on the outside façades, defining and shaping the volumes.  The placement of the building is close to the street, freeing up a garden area with a swimming pool in the interior of the block.

The volumes are organized according to the program needs, configuring the interior spaces, emphasizing the relationship with the outdoor spaces.  Each area of the house is extended by an outdoor garden space, which generates a perimeter route in which the vegetation is the protagonist, thus introducing, visually, the interior spaces.

The structural grid defines and stresses the planes of the façade, which are pushed to the limits of the perimeter.  This game of façades and volume allows the light to fall in an intentional way in the interior, creating a game of lights and shadows that changes throughout the day.

The use of white limestone on the blind walls, and large windows by Vitrocsa which are made with a minimum metallic frame, give a light character to the house.