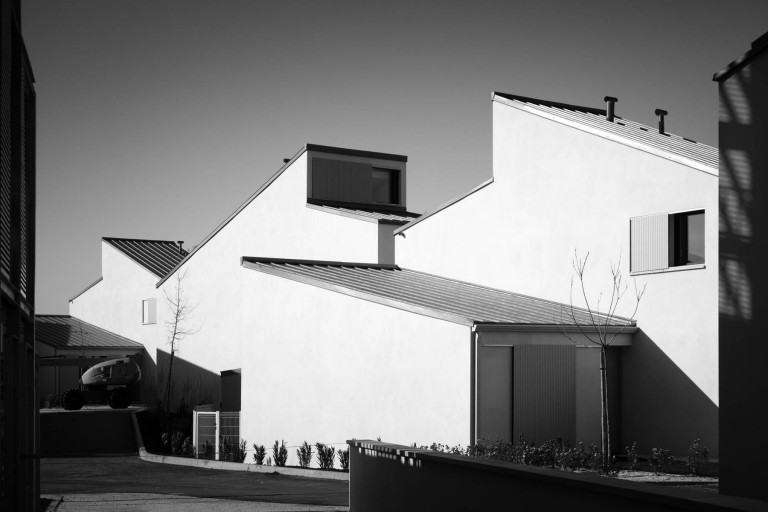 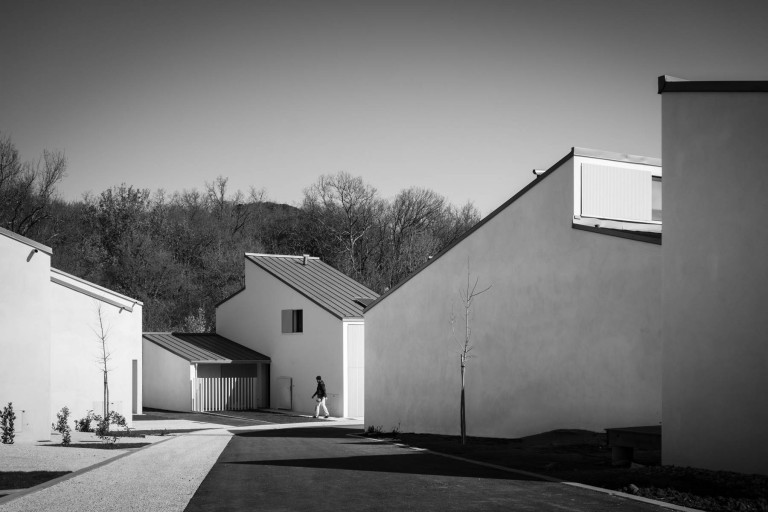 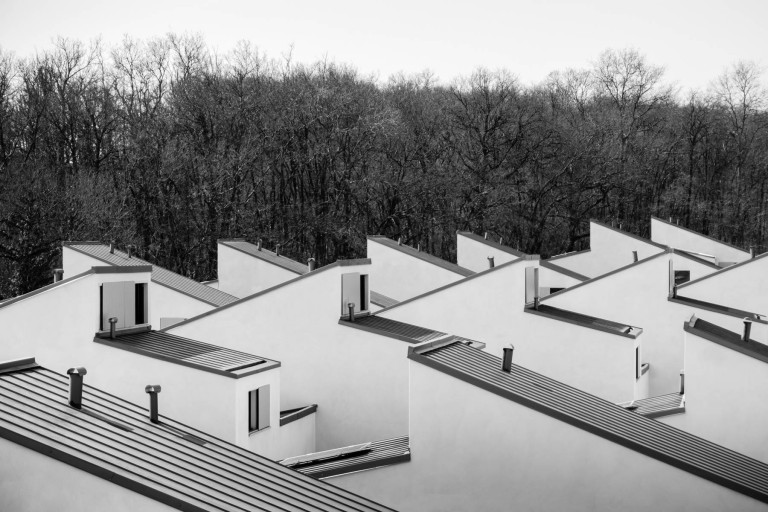 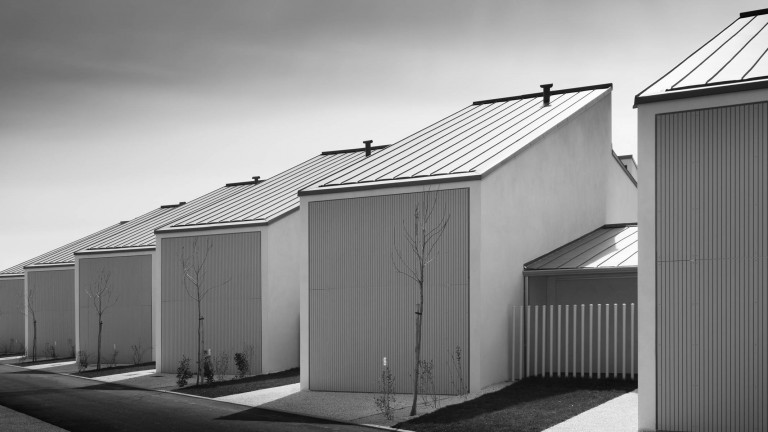 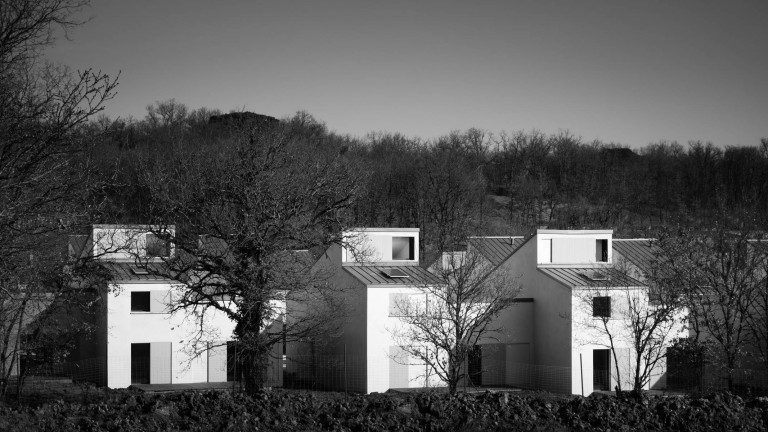 The land lot is located in one corner of the Monges ZAC development zone in the community of Cornebarrieu, pertaining to the metropolitan area of Toulouse. It involves an innovative urban experiment that posits a new kind of life in contact with nature without, for all that, forgoing a certain density in the various interventions. The proximity of the airport, of the Airbus headquarters and of all its ancillary industry make a programmatic proposal for peri-urban housing viable for many of its workers and middle-managers.

The land lot is the last in a series of lots connected by an unidirectional parkway that feeds the different condominiums of the ZAC. Situated in one of its extremes, it occupies a clearing in the unremittingly gentle slope of the wood, bordered by a stream. The 200 x 100 meter piece of land, the long side of which faces south, forms a cutting in the green mass of the surrounding wood.

The project proposes a radical geometrical carpet that refers to the layout of the farmland in the region, consisting of tilled land in systematic small plots. Via a 45 degree rotation to face the most favorable direction, and the splitting up and volumetric displacement of the volumes of its houses in an L-shape, the project sets forth an abstract system in which the boundaries between the public and the private, the actual dwellings with one another, and the natural and artificial are blurred.

The intermediate areas thus generated construct a communitarian space that is able to relate to the landscape by dint of its interstitial porosity. Being interrelated, they propose multiple meeting spaces with varying degrees of intimacy, from the private patios of the houses to the spaces for circulation and conviviality. All of these refer us to a collective mindset in which everyday life unfolds against a backdrop lying somewhere between nature and artifice.

The houses privilege their excellent orientation and their views. They are broken down into a simple program of 2, 3, and uniquely in the corners of the intervention, facing the woodland, 4 bedrooms. At once repetitive and varied, their roofs stand out against the sky just as the tops of the trees might do. Their pivoting and splitting up avoids alignments, causes shadows to proliferate, and generates spaces of intimacy.

The materiality is of the simplest and pursues ambitious environmental goals, habitual in these kinds of interventions: EIFS, natural aluminum carpentry, and stratified wood paneling for doors and sliding doors, whose vertical striping is added to that of the roofs of PLX-type coil steel sheeting. The whole thing refers us simultaneously to the territorial implantation of the project and to a remote industrial design construction close to realism.

The non-built spaces have their part to play in this simplicity, which refers us to the settlements of colonization, in the floor surfaces, the lighting, and the careful insertion of the tree cover, whose shade and contrast underline the balance between artifice and nature, a metaphor of the way of life and of architecture being proposed, both of them entwined with the landscape.