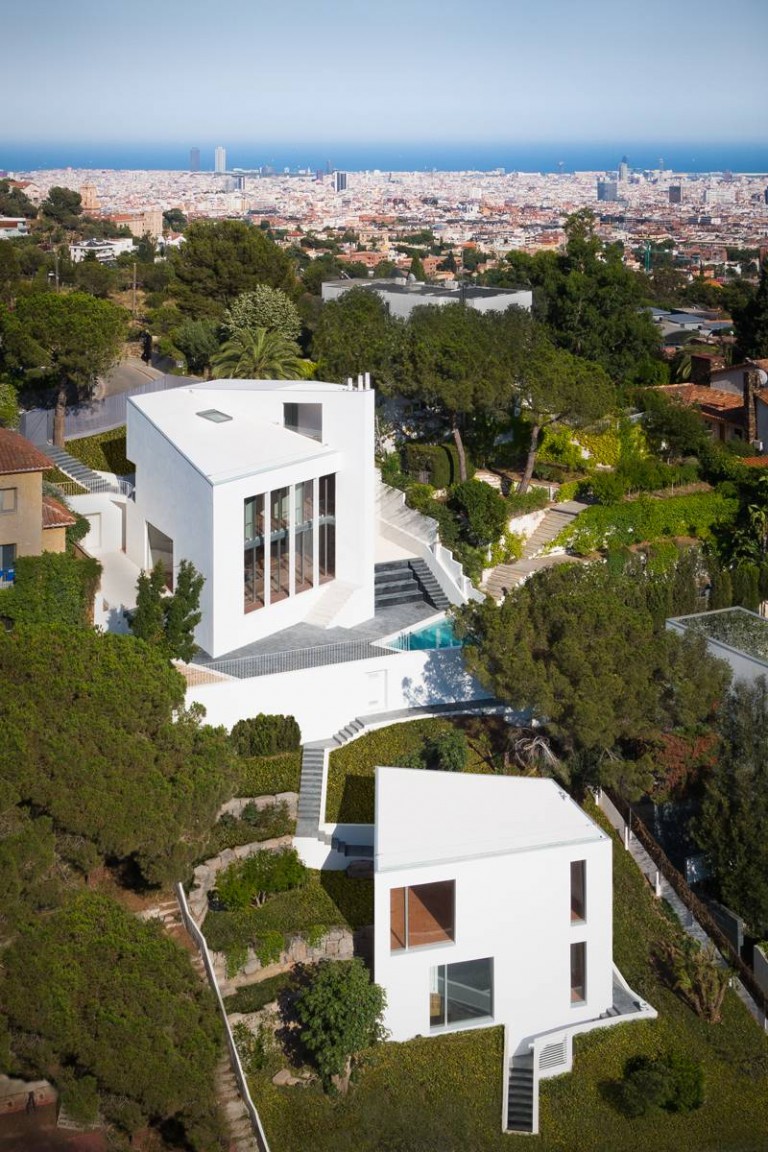 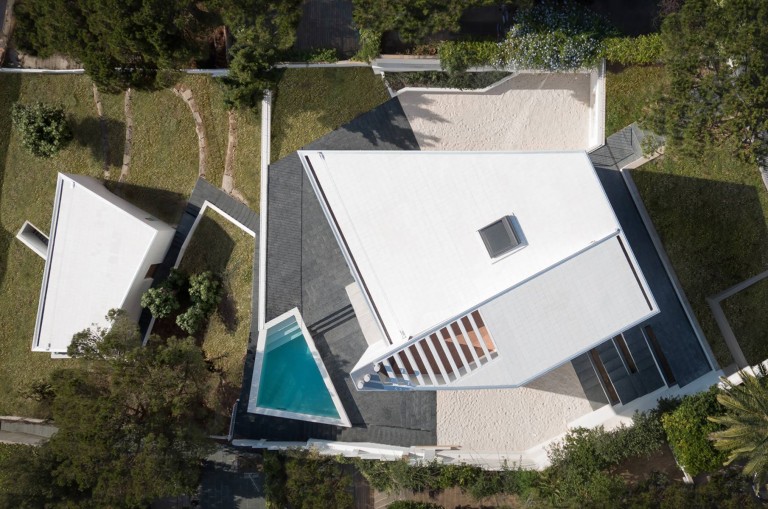 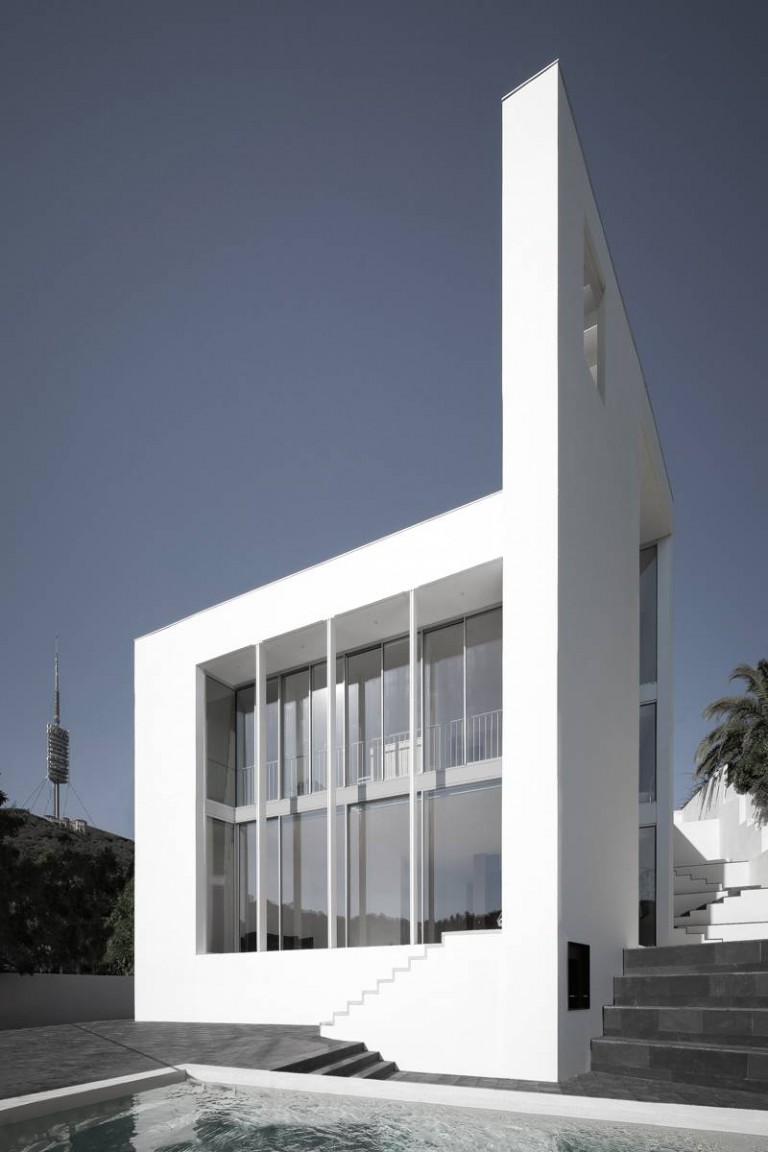 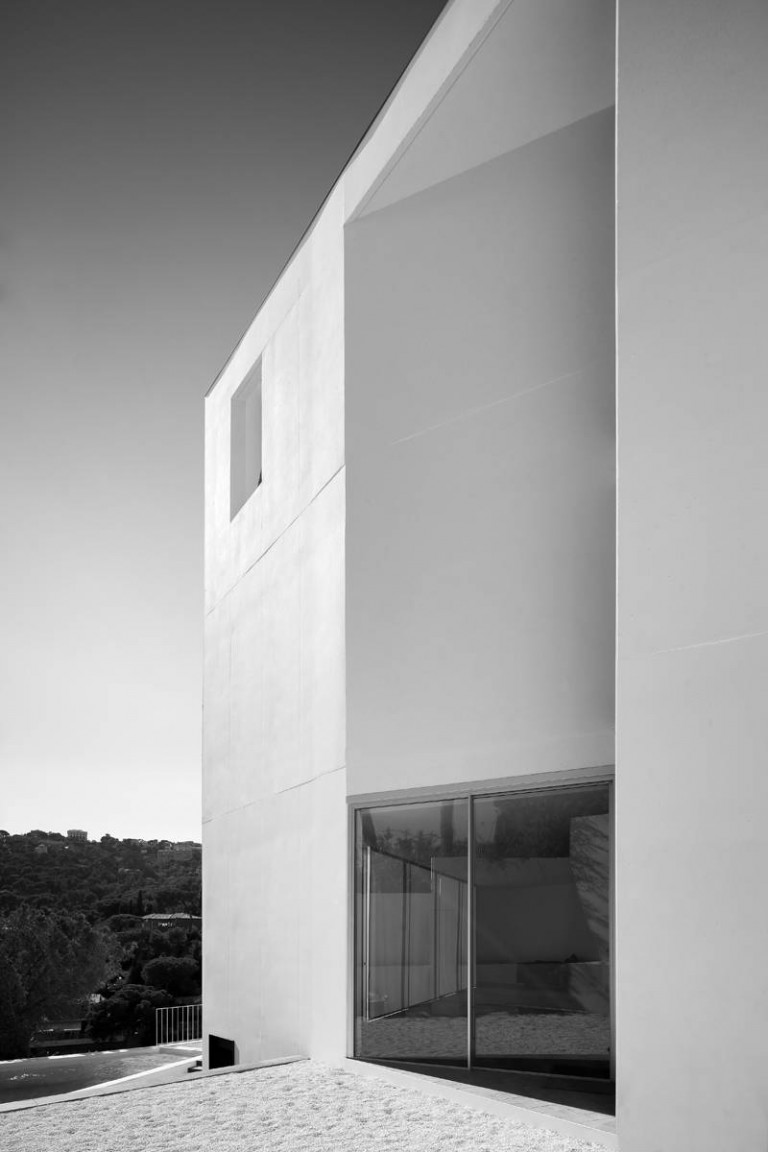 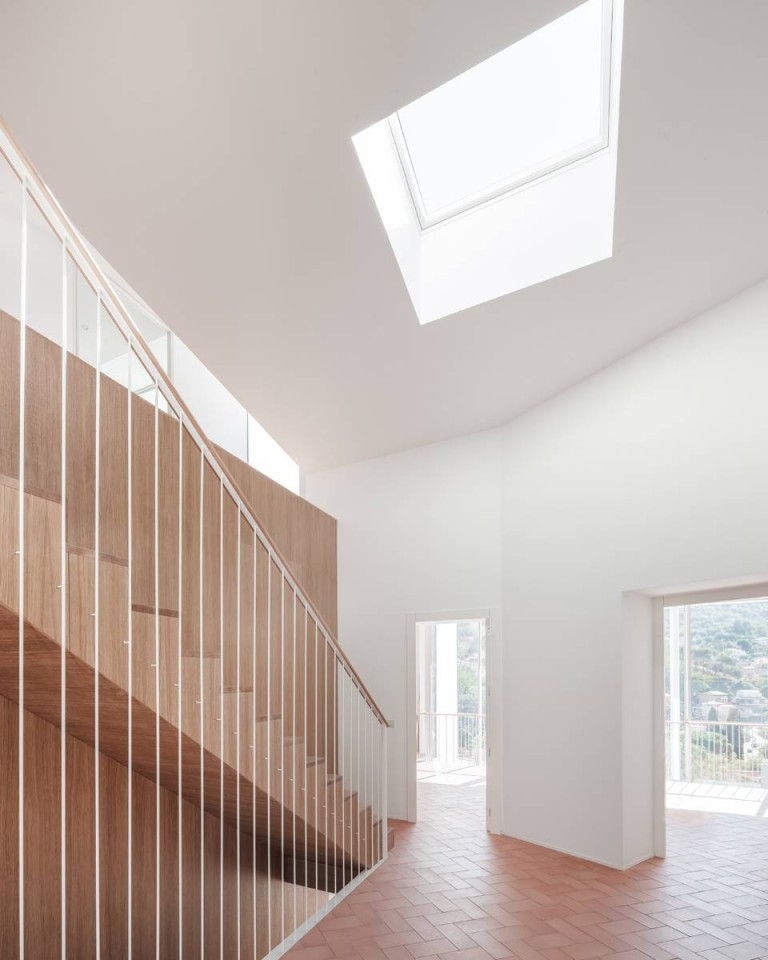 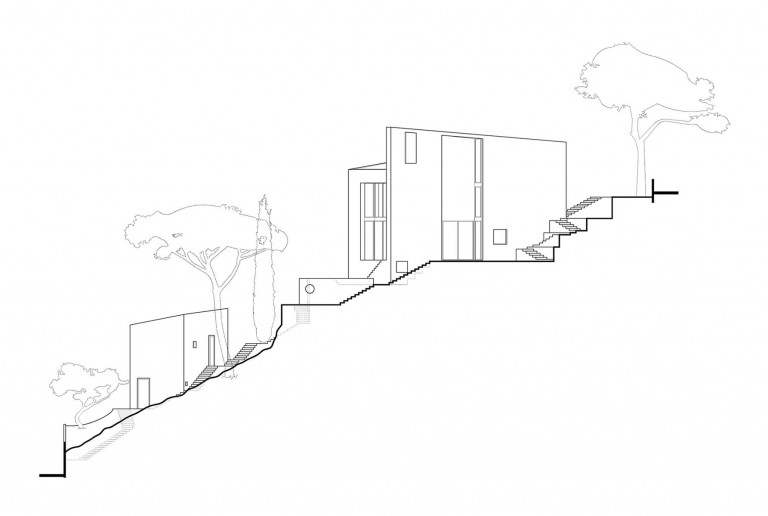 Faced with the challenge of building a single-family house on a long, narrow piece of land with a height difference of more than 22 meters, we began the design process by trying to understand the needs of its residents.

The house is meant for a family from abroad; he, a Norwegian screenwriter, and she, a Mexican anthropologist specializing in primates. From the start both of them emphasized the year-long need to receive family and friends from all over the world. The twin objective of not overdensifying the volume as a whole and of laying it out in two parts along the land lot permitted us to fragment the volume and also to grant privacy and autonomy to the guest pavilion.

Initially thought of as a challenge, the slope serves, then, to divide the house into two volumes, one devoted to the guest pavilion, the workshop and the garage on the lower part of the land (Carrer Montclar), and the main core of the dwelling on the upper part (Carrer Palafolls). A winding stairway with more than 120 steps functions as a connection and spinal cord between the two ends of the lot.

Faced with the challenge of securing the finest views and at the same time preserving a sense of intimacy from the neighboring houses, the main volume is designed as a solid element in which different scissions are produced. In each instance the apertures are carefully studied in a search for the best vistas and natural light. The principal aperture, with views of the distant horizon towards the southwest, is posited as a great ever-changing window in which throughout the day, as well as during different seasons, the degree of solar protection can vary.

The entire intervention is built of bare concrete with an application of white toner. Inside, austere finishes are proposed, with Catalan ceramic units used for the flooring.

Casa Pineda is constructed without any PVC components and the building’s installations are designed according to strict criteria of sustainability, with electricity consumption reduced to a minimum, way below the standards for a single-family dwelling of this size. Similarly, the volumes are positioned so as to respect, as much as is possible, the existing vegetation, notably two big pines, two fig trees, and a cypress.