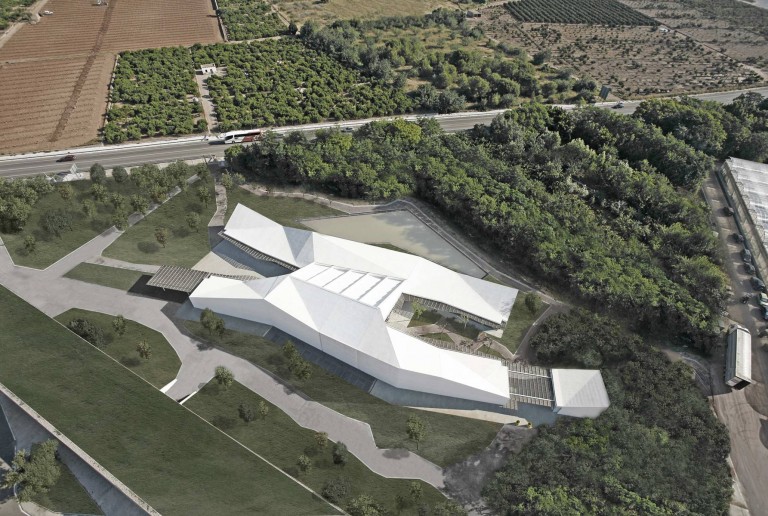 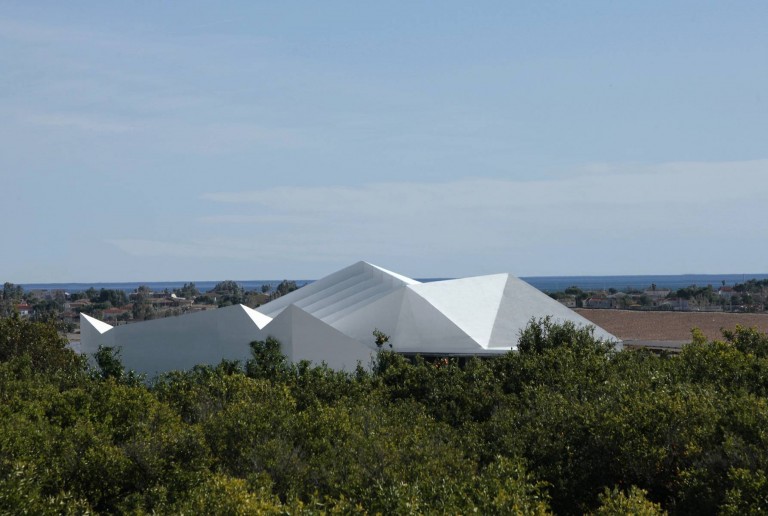 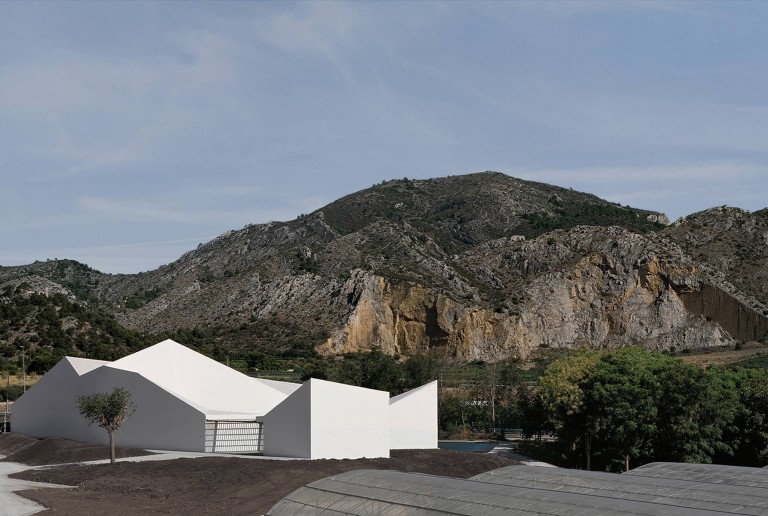 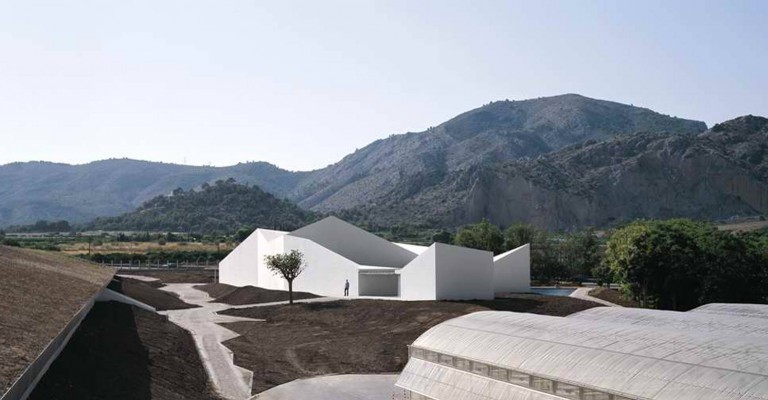 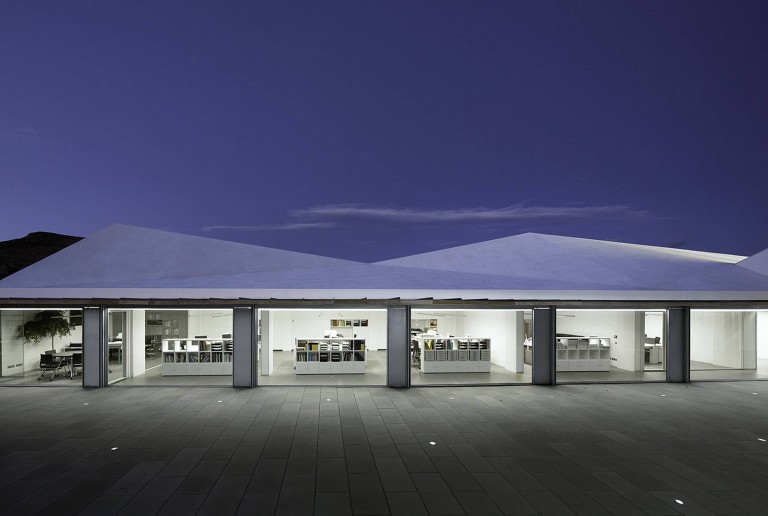 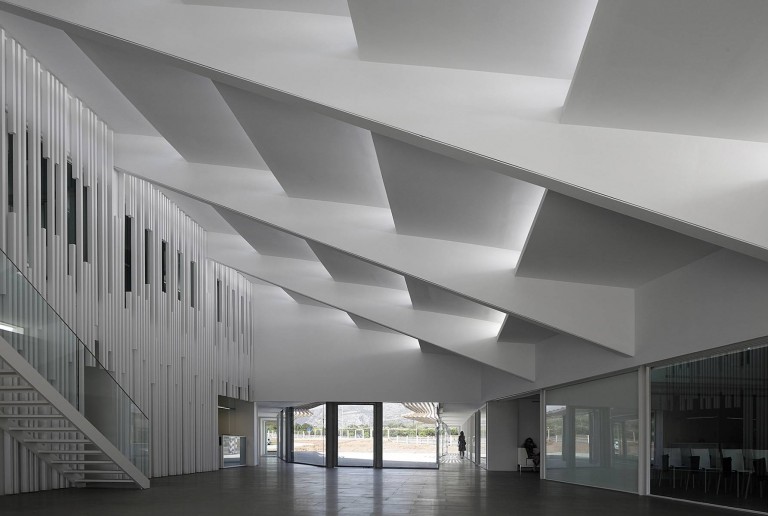 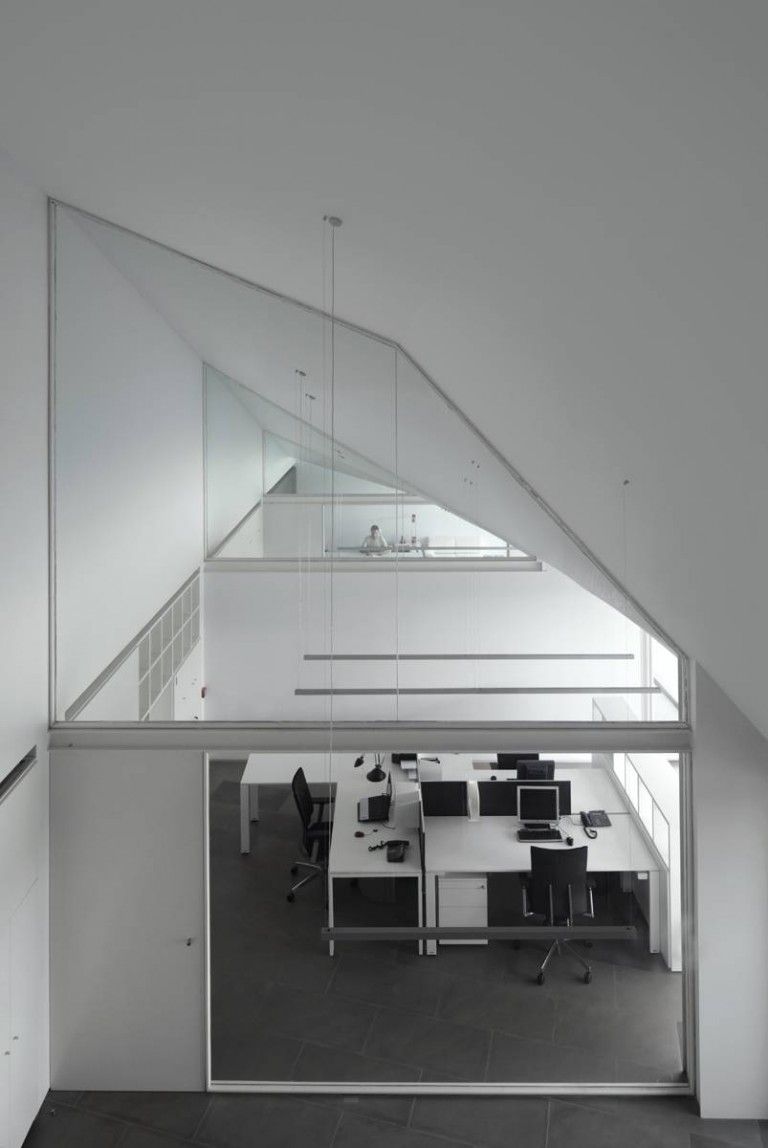 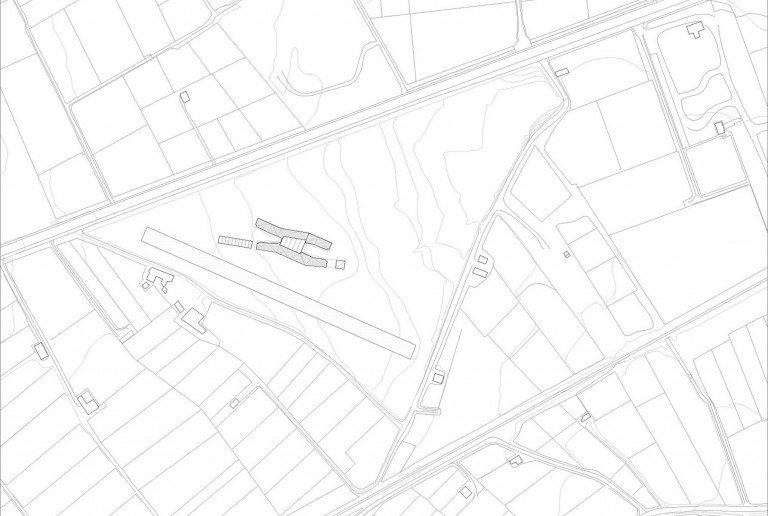 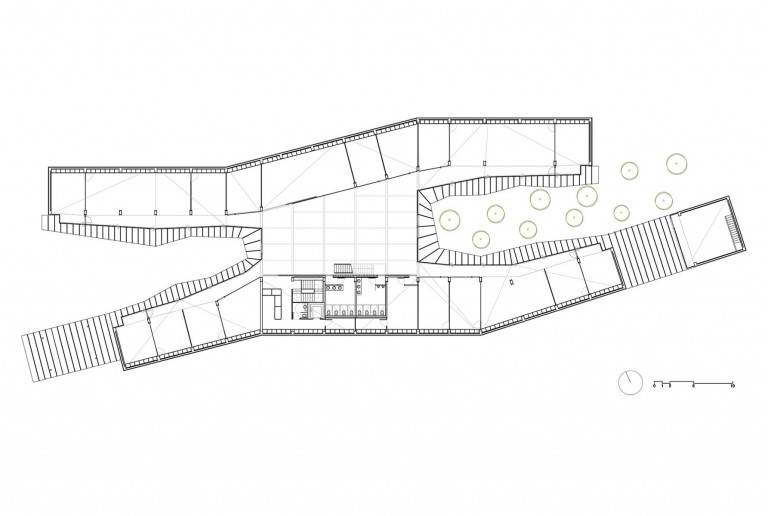 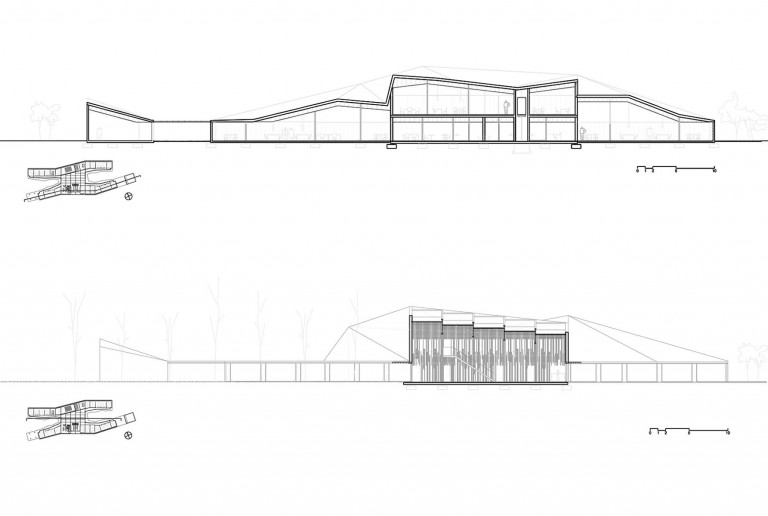 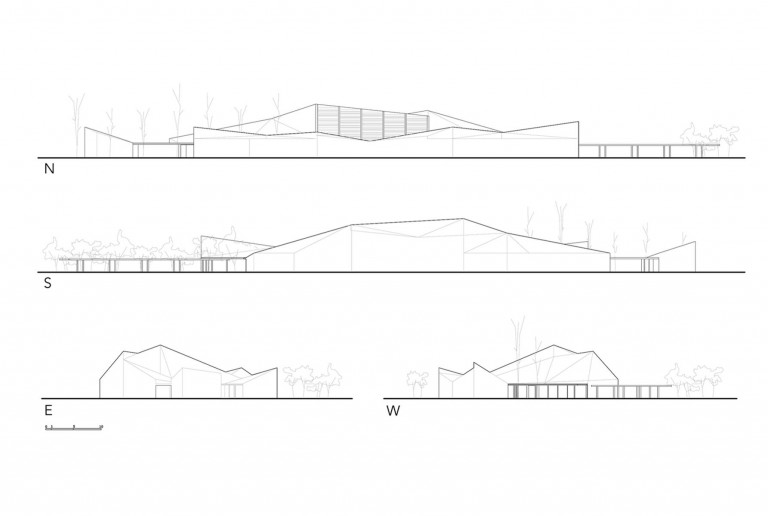 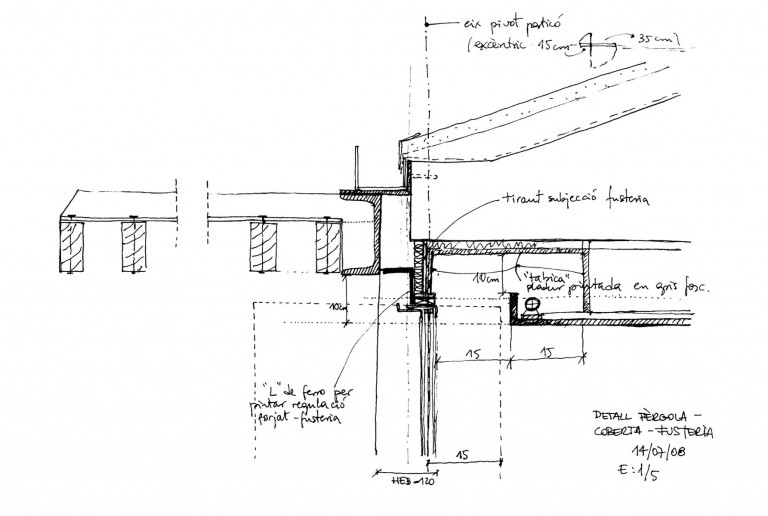 The Azahar Group is a group of companies with strong links with sustainability and environmental issues. It develops services to do with garden design (both public and private), recycling with waste-treatment plants, environmental consultancy and construction, along with other activities like sponsoring the world of art and cooperating with a Foundation on various projects in the Third World.

The parent company originates from Castellón and, given its growth and expansion, was eager to have a corporate headquarters that would reflect its environmental and artistic commitment.

With this as a framework, and with the availability of a 5.6-hectare piece of land next to the N-340 highway, part way between Castellón and Benicàssim, the project contemplates three interventions: the covered greenhouses and exterior nursery plantations; a building for services complementary to the activities developed by the company; and the group’s corporate headquarters.

The headquarters is erected as an icon building maintaining a close relationship with the landscape. To both the north and west the topography of the mountains serves as a backdrop to the building, against which the geometrical roofs repeatedly stand out. From a distance their facetted shape and outline help situate the building in the landscape.

Orientated on the east-west axis, the headquarters building is structured as two wings united by a central body around two open patios of a very different sort. The first as a “parade ground” or external reception area for users and visitors, and the rear one, landscaped and for more private use.

In this way it is closed off to the distant landscape and its own climate and interior/exterior rapport established.

These patios provide a cross view between the glazed frontages, and no direct radiation exists towards the interior inhabitable spaces..

The four wings that accommodate the company’s different departments converge in a main hall which, as well as acting as a distributor, is a large exhibition space. The lighting of this hall is overhead, so that the special north light is introduced inside the building through a huge skylight extending over a sequence of girders.

The ceilings inside faithfully reflect the geometry of the roof and the vision of the continuity of these is produced by transparent glass tympani supported on the dividers of the different rooms.

For the resolution of all the cladding we sought a continuous facing that could be applied to both the facade and the roof. To arrive at the maximum energy saving and find a sustainable solution was included in the proposed objectives.

Hence, there arose a new material applied to the Coteterm system: a flexible and self-washing stucco, white in color, that needs no further joints than those of the actual implementation of 2-3 mm.

An important environmental feature of the buildings is the channeling of water from all the roofs and the outside areas to a cistern-reservoir, the latter being used in the watering of exteriors and nursery plantings on the plot of land.

Lastly, the services and maintenance building, 250 m in length, with a sloping roof favoring cross-ventilation, gradually cuts across the contour lines, adapting to the slope and increasing in height in accordance with the uneven ground and the use of different spaces (cloakrooms, work areas, machinery, warehouses, garages).

This 2,300 m2 sloping flat roof is landscaped and serves as a backdrop to the headquarters. The technical resolution of the landscaped flat roof has been by means of a system the Azahar company itself commercializes and installs.