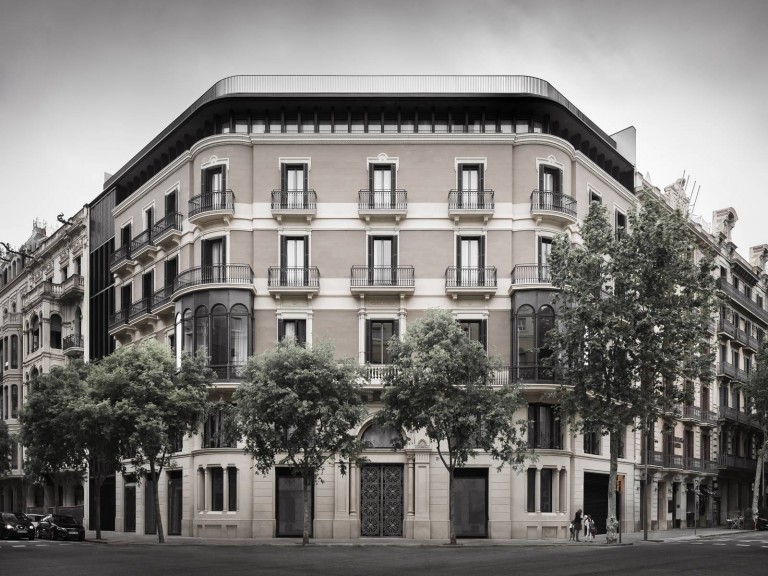 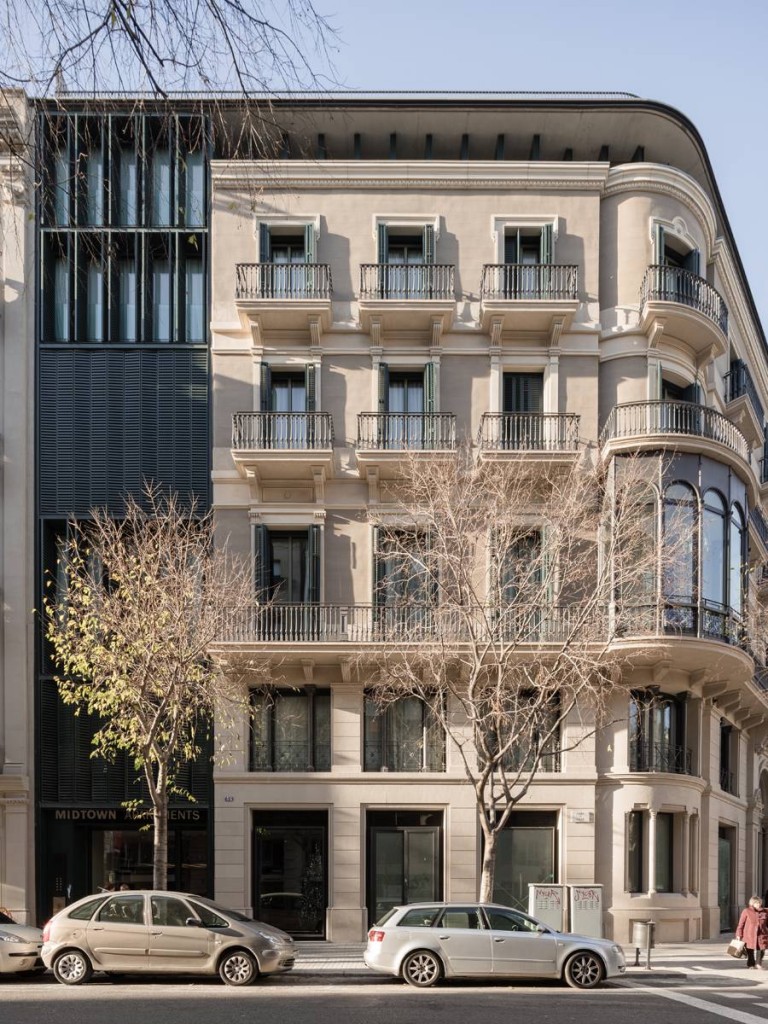 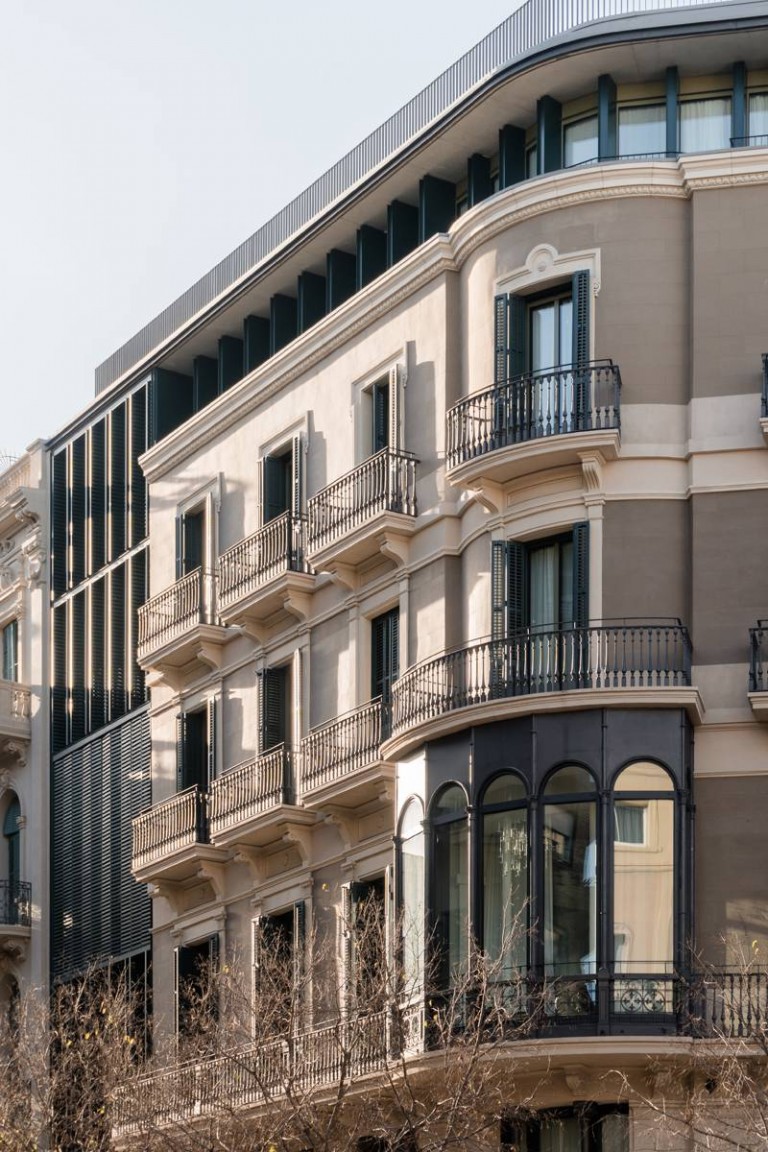 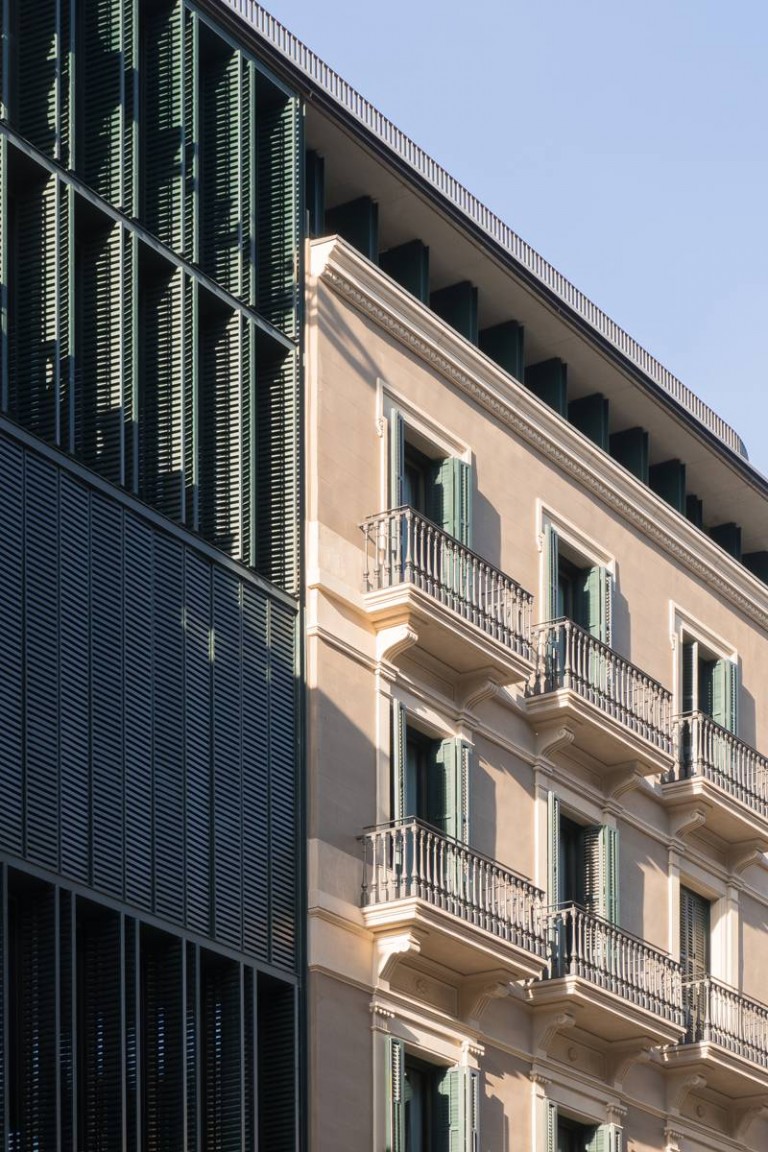 The planned building corresponds to a building with tourist apartments, commercial premises and an underground car park.

The project design preserves the current façade dating from 1896.

Given that the façade of the 1896 building corresponds to GF + 7 and the maximum permitted edificability is only GF + 5, and so as not to leave the top two floors exposed, without a building at the back, it is proposed to demolish the two added floors of the façade.

Even though only two floors of the original façade ought to be demolished, it is proposed to demolish three, taking advantage of the fact that the cornice of the original building presents a clear cutoff line.

As the two additional floors correspond to three floors of the old façade, it is proposed to construct a fifth floor set slightly back from the original façade, so as to respect the original elevation.

Taking advantage of the fact that the building is separated from its neighbor in Carrer Casp by a patio or alleyway that cuts through the main façade, the project proposes building a constituent element that gives continuity to the façade, creating a large entrance hall on the ground floor for the new apartments, and accommodating part of the program on the upper floors.