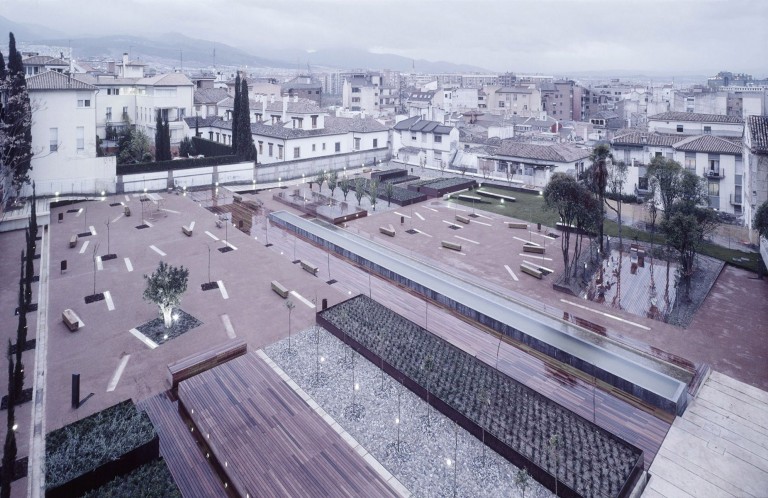 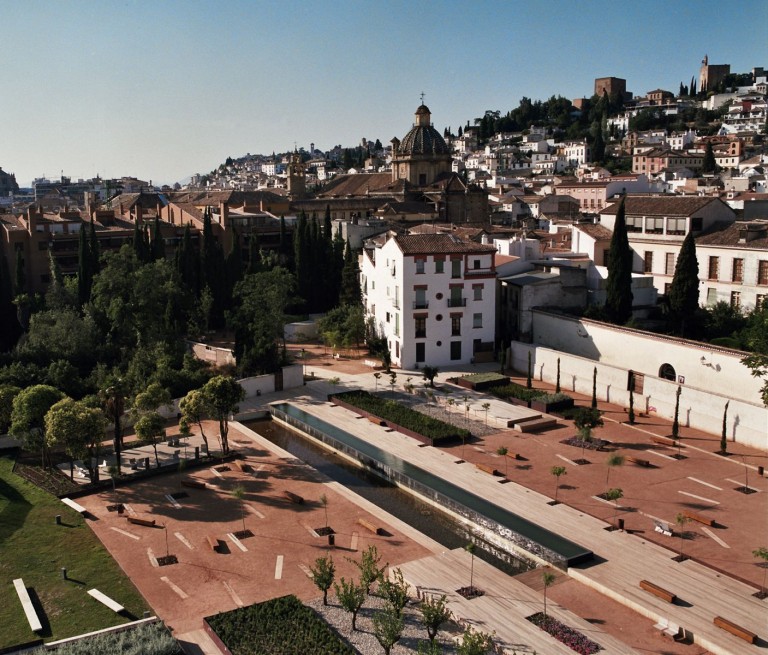 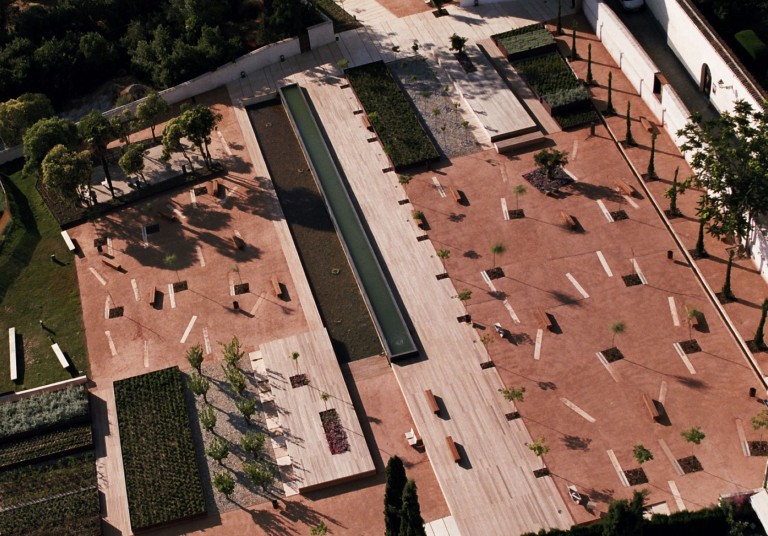 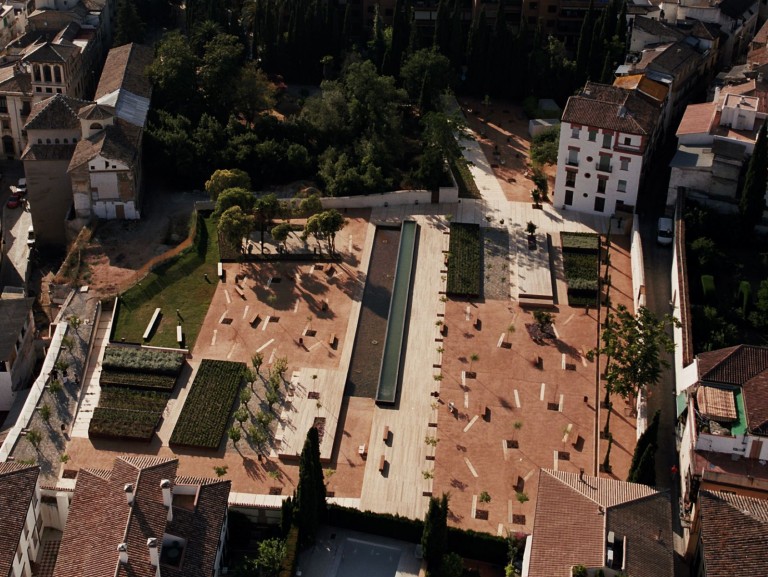 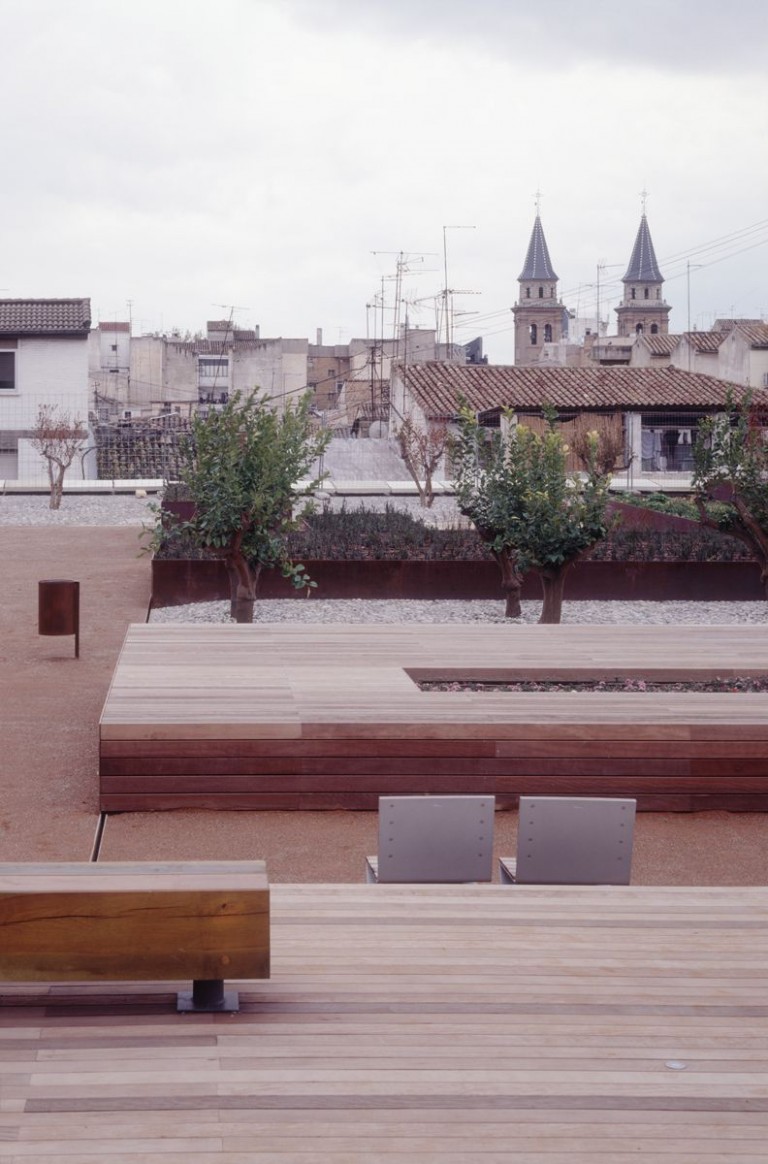 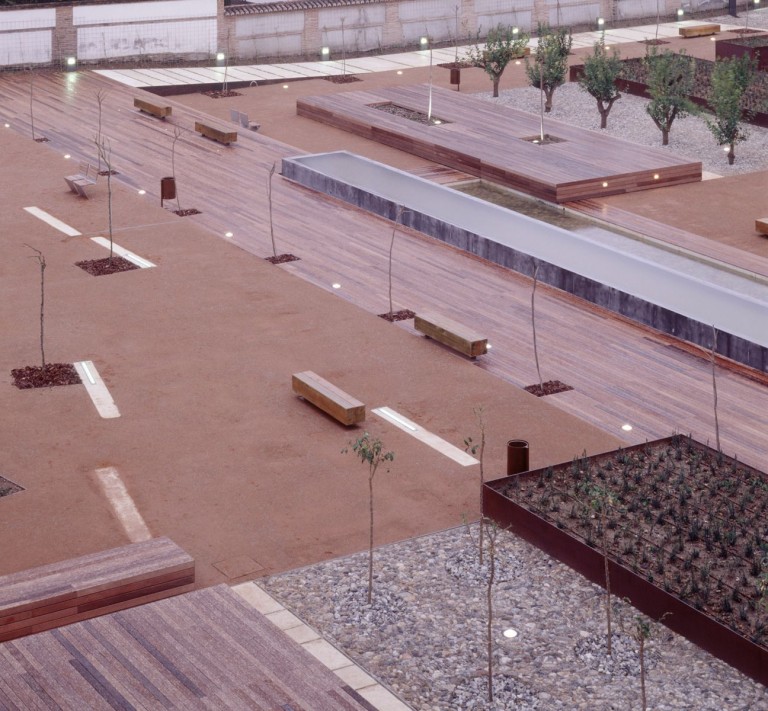 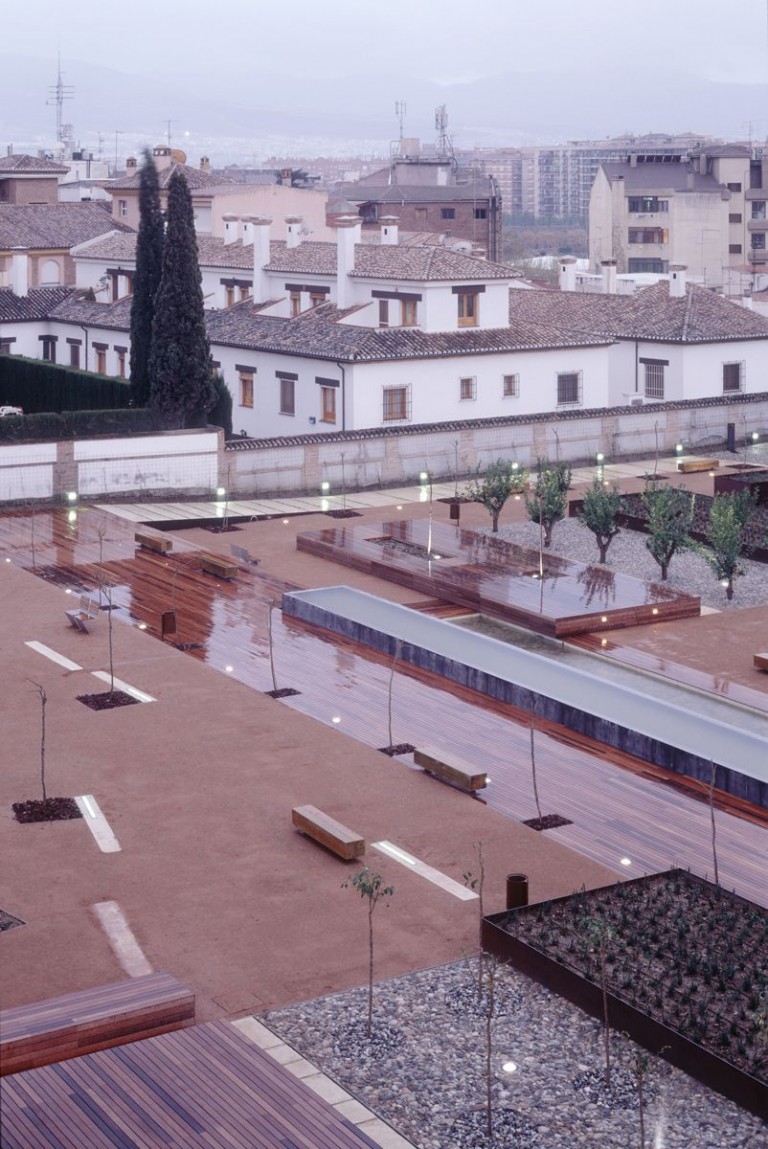 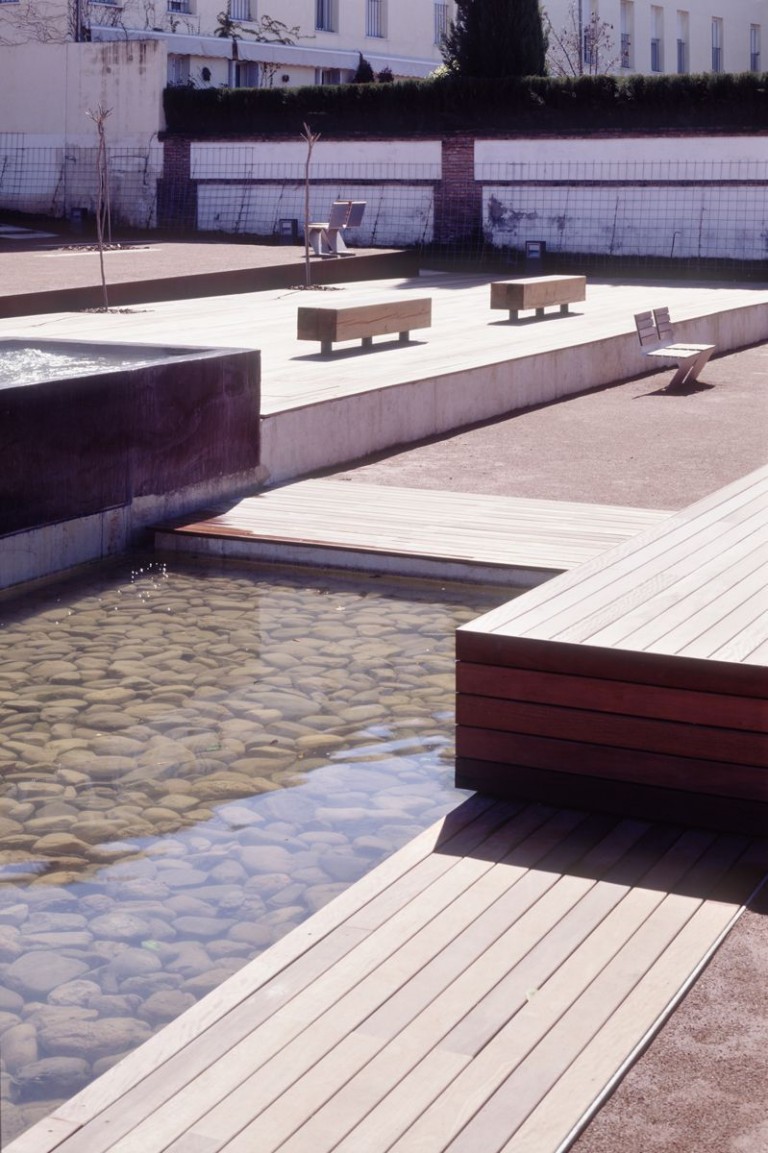 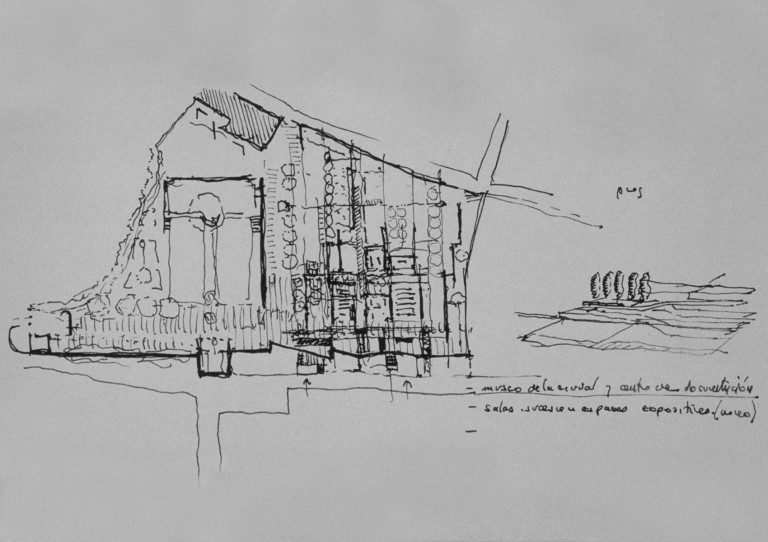 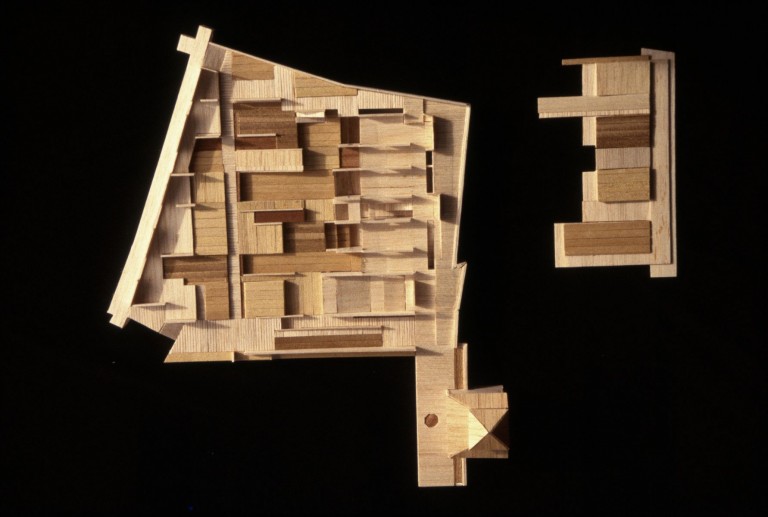 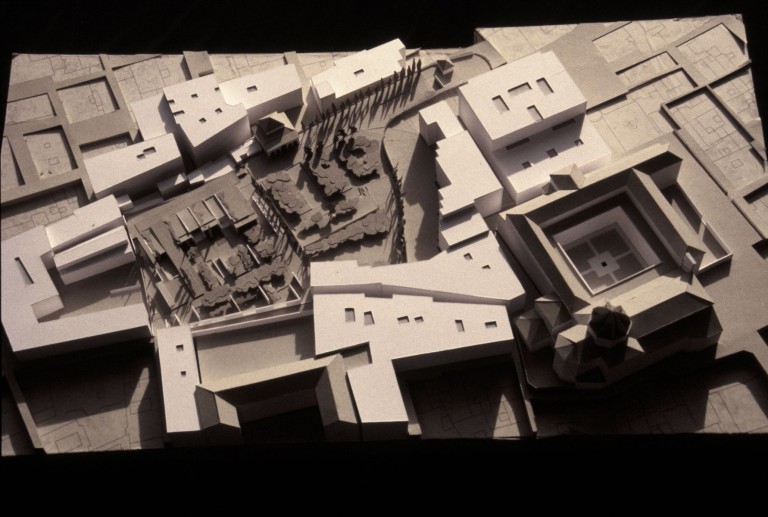 The projects objective was to use a wall to create a connection between three areas, which becomes a sequence of three public spaces composed of the monument, the gardens, and those spaces devoted to the arts. The intervention seeks spatial integration, supporting empty nature of the space that has characterized this place throughout its history.

Once the porposed demolition is completed and the roomantic gardens and the qubba (the cupola) restores, the complex, called the Cuarto real de Santo Domigo, will be understood as a continuum composed of three areas. The proposed intervention endeavors to create a third space whose essential purpose is to maintain the quality of the open landscaped space, in which the cultural spaces are located, becoming part of a single system.

We undestand the proposal to function as a system allowing the outdoor spaces to be organized in continuitu with the interior spaces, acting as extensions of the “topographies” of the park. The proposed system functions as a threedimensional fabric in the garden, weaving space. The threads are of different textures and thicknesses, and creating a spatial and green weave that characteristizes the void and maintains its outdoor garden quality. This includes the pants in the interior, arranged in continuity with the garden. Special attention is given to their integration and the visual connection perceived from the garden of the upper-most part of the city interior, generating a spatially rich booundary between the interior and the exterior.