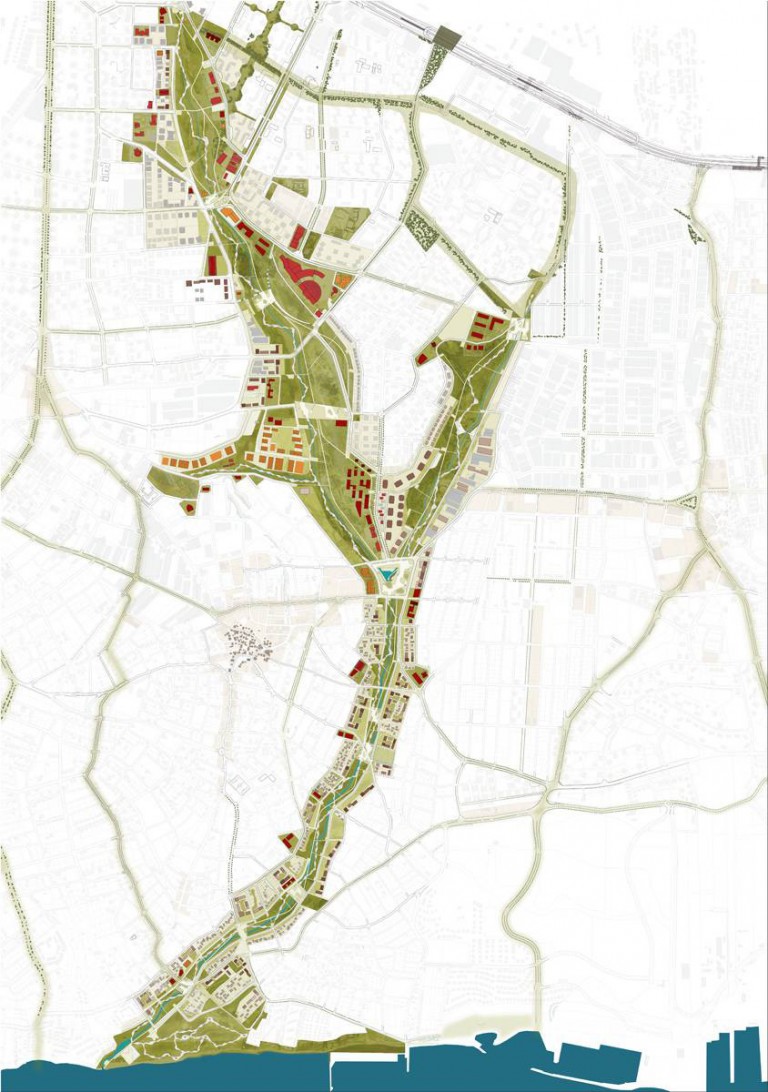 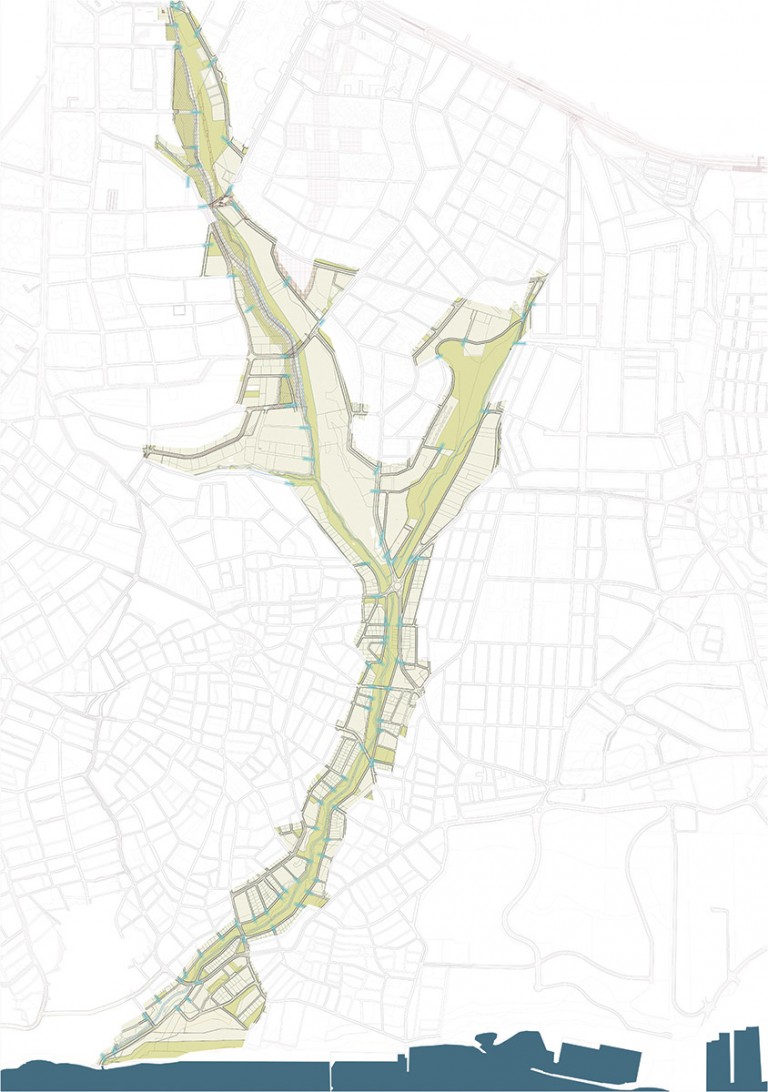 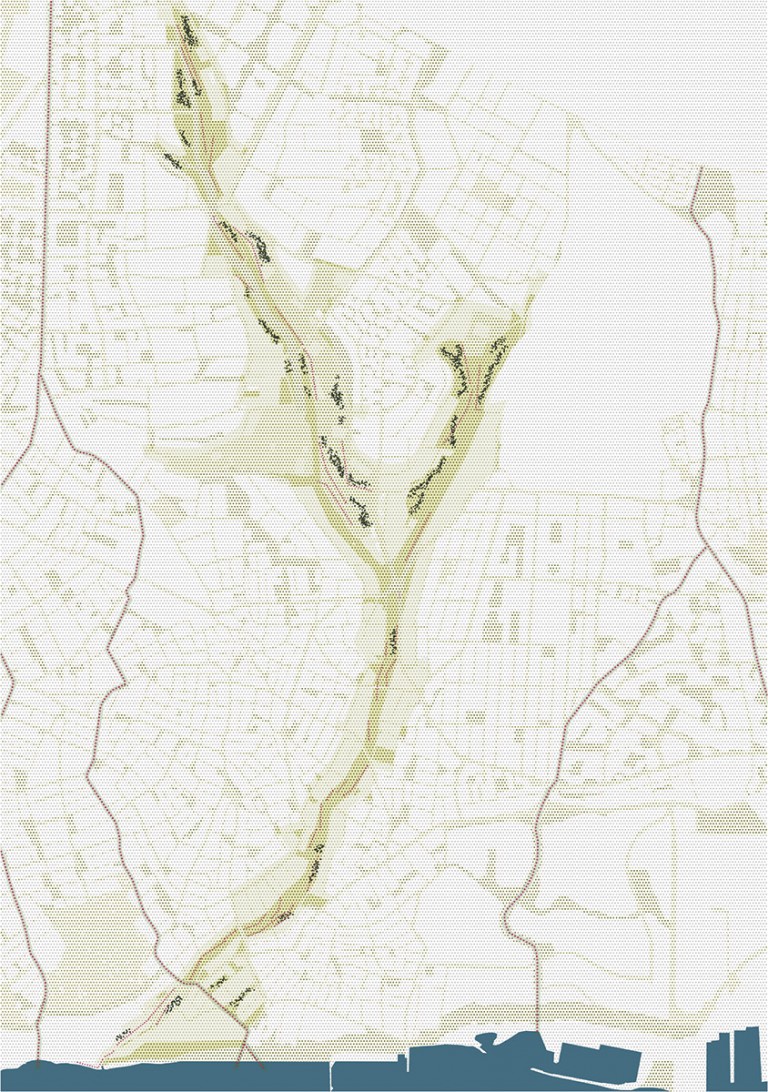 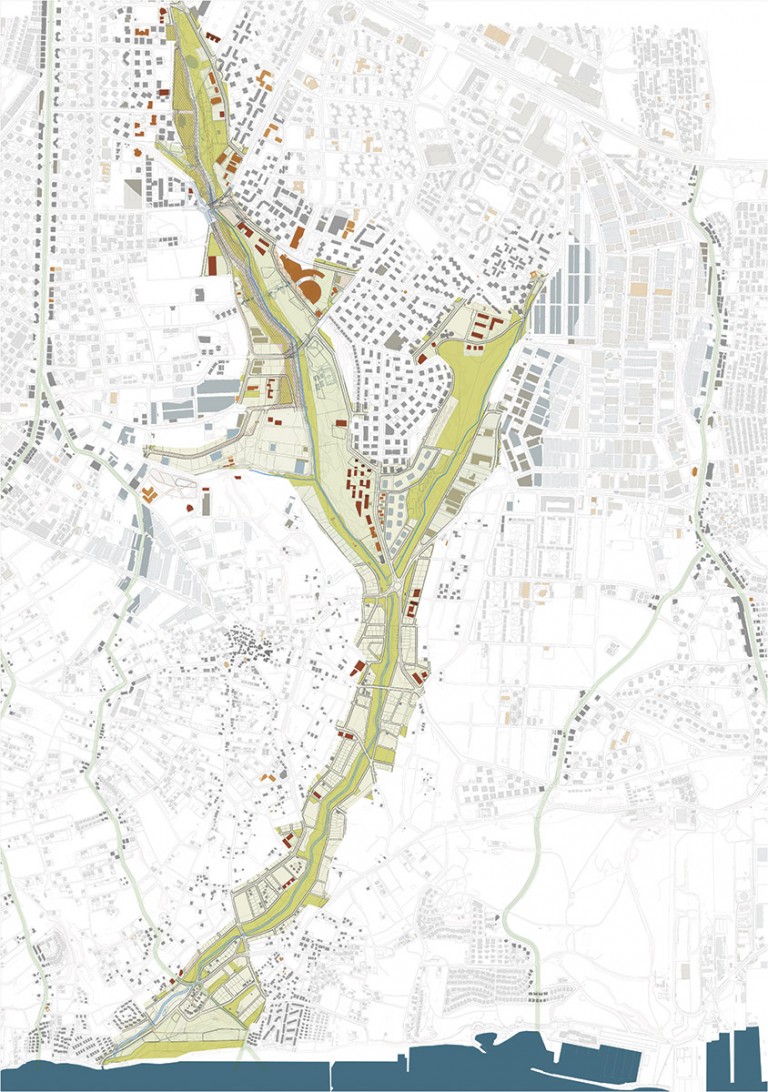 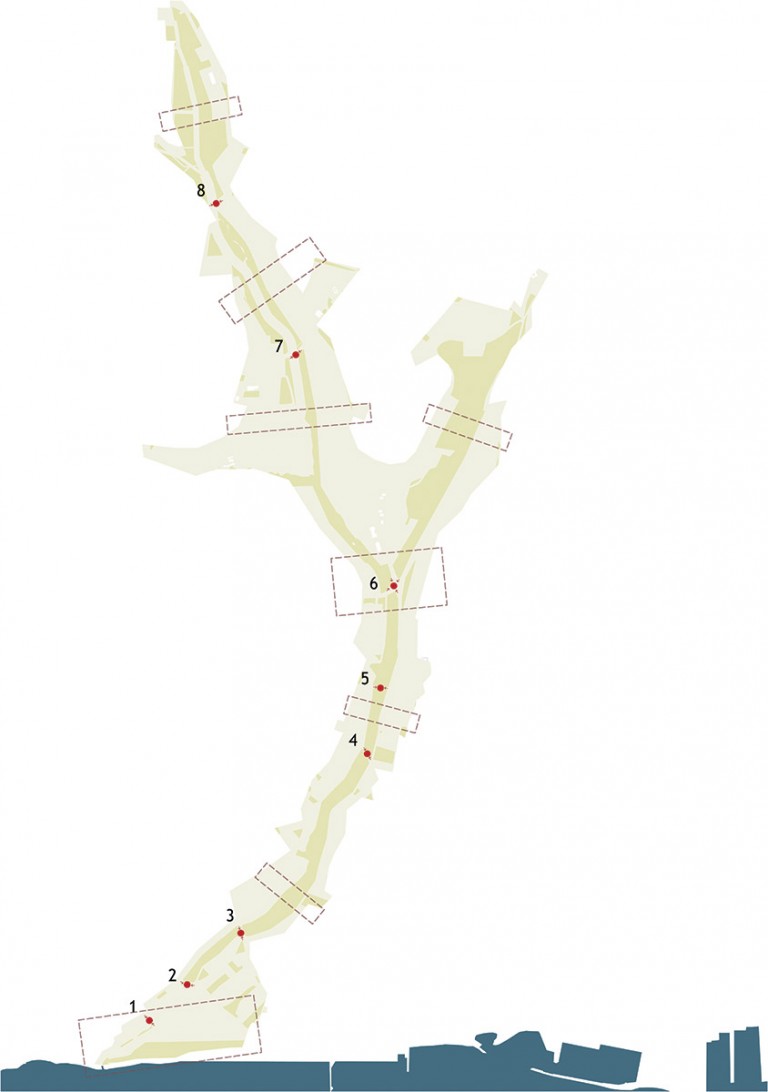 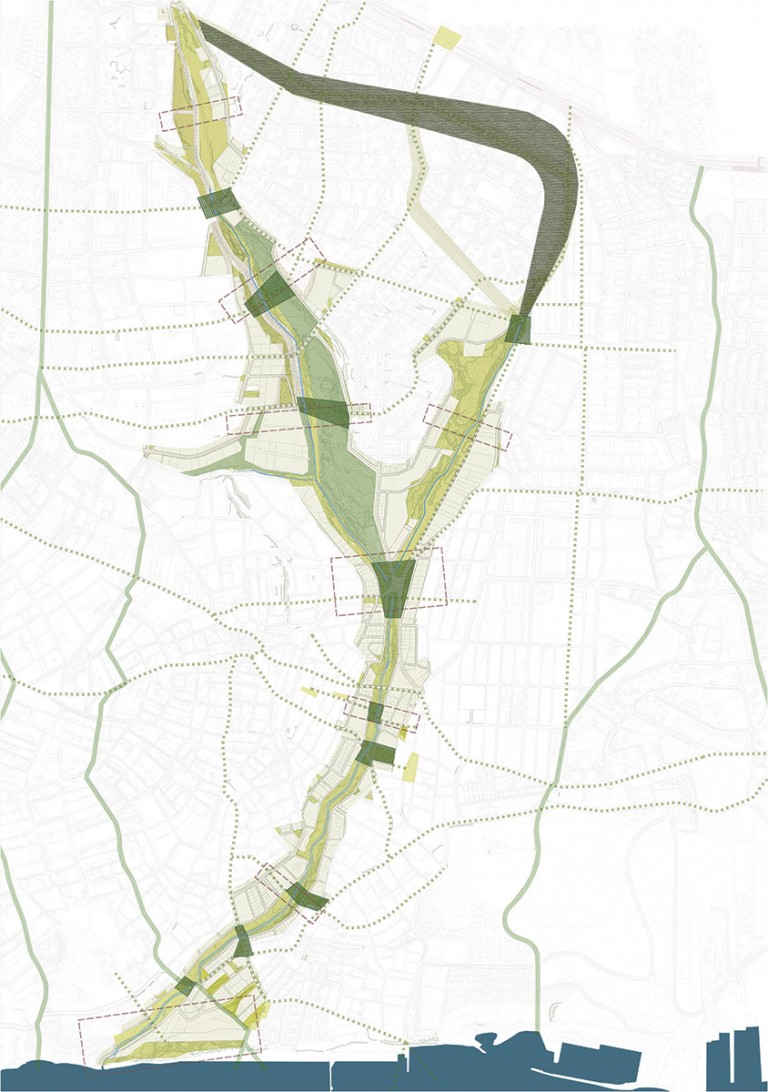 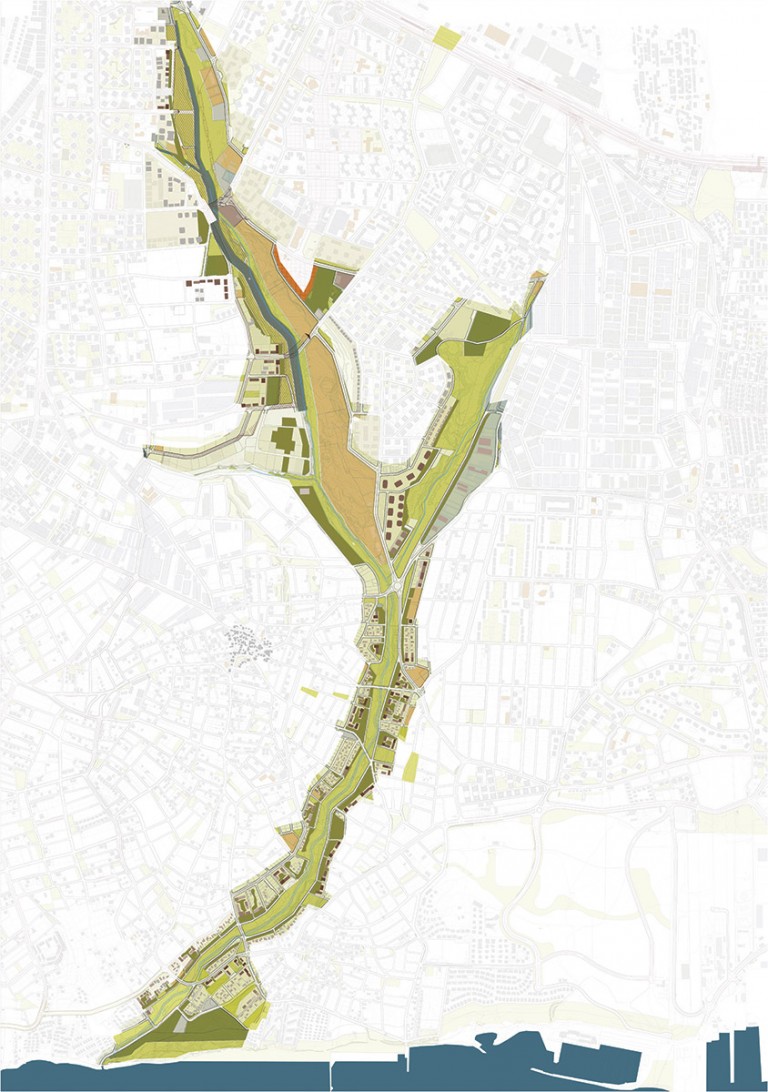 We comprehend Istanbul as a city of water; not only framed geographically by two seas, the Bosporus, and its many stream-valleys along, but also as a city built upon an urban culture that in essence flourished around ‘manmade water’, public water-infrastructures defining the nuclei of a public life.

An archetypal occurrence of public leisure spaces and parks in Constantinople is that of the stream-parks: scenic valleys and meadows surrounding streams that run into the Bosporus, enhanced pieces of nature beautified with added planting, fountains, kiosks and palaces, both for the outings of the aristocracy and the people. It is out of traditions such as Beykoz, Göksu or Kağıthane streams that the Valley of Life in principle is treated as a preserved, enhanced and beatified stream park that must be kept alive for the enjoyment of future generations to come.

The creation of a 21st century park in Beylikdüzü, its content and form has hence primarily been constructed upon Turkish landscape traditions – that is on enhancing natural atmospheres with organic arrangement – but equally so on social, urban, and architectural archetypes that define the roots of a specific local tradition in public life. If Constantinople is regarded as a mosaic of strong neighbourhoods branched out by an intricate water infrastructure of aqueducts and terminal fountains, we argue that public life revolves around a vaguely defined oriental type of square that in essence features a mix of daily, spiritual, and social elements revolving around water at large: fountains and sebil’s distributing essential water as daily life encounter points, mosques as centres of spiritual life with their ablution fountains for cleansing, and often adjacent neighbourhood coffeehouses, spaces that provided a new type of public life outside the routine of work, family and religious life, places of social exchange and political debates, that are an ongoing phenomenon since half a millennium and still have a primal significance today. Accordingly, Valley of Life’s urban structure is based upon such urban nodes, spaces of Confluence where communities meet and converge through new Link Squares spanning the valley, that simultaneously provide necessary programming such as coffeehouses, neighbourhood rests or meetings under plane trees, as well as new types of water features that enliven these spaces.

The challenge in Beylikdüzü Valley however is to counter an extremely rapid urbanisation process of a previously agricultural area turned into a dense city of 300.000 in just a period of 30 years and hereby leaving an isolated valley amidst an environment of 3-NO’s: a non-place due to strict economic development resulting in overall lack of identity and culture, the valley as no-man’s land which is a leftover space and ignored backyard of built areas, and finally a non-connectivity due to the valley splitting up Beylikdüzü into disconnected districts. A principle arterial line through the entirety of the valley is proposed as a spinal chord – the Linking Line – which is a longitudinal and transversal path that opens up the fullness of the valley for exploration, stitches communities on either side together, and is the initiator in creating a specific Genius Loci and hence the persona of Valley of Life.

Through form, material, and landscape, identity and place is crafted gradually in space and time. The Linking Line, as overall expression of the Valley of Life, is formulated through the combination of mathematics and poetry, a simple triangulation of basic angles that creates the logic of construction while objectively connecting urban synapses, and intuitively creates shape as it approaches terrain and results in own form of an abstract pattern and identity. The Linking Line is moreover thought to expand gradually from an initial path to become a network of paths in time – an intelligent Neural System Network that shapes a labyrinth without a centre. Furthermore, the manifestation of architecture – the new Kiosks – arise literally out of landscape and traditions, abstract walls growing from the Linking Line to create landmarks within the greater landscape. With its white washed raw concrete surfaces and maritime canvases, they shine among a lush landscape of cypresses, planes and flowering trees – the combined principles of Turkish gardens and contemporary architecture thence developing an abstract environment of contemporary place.