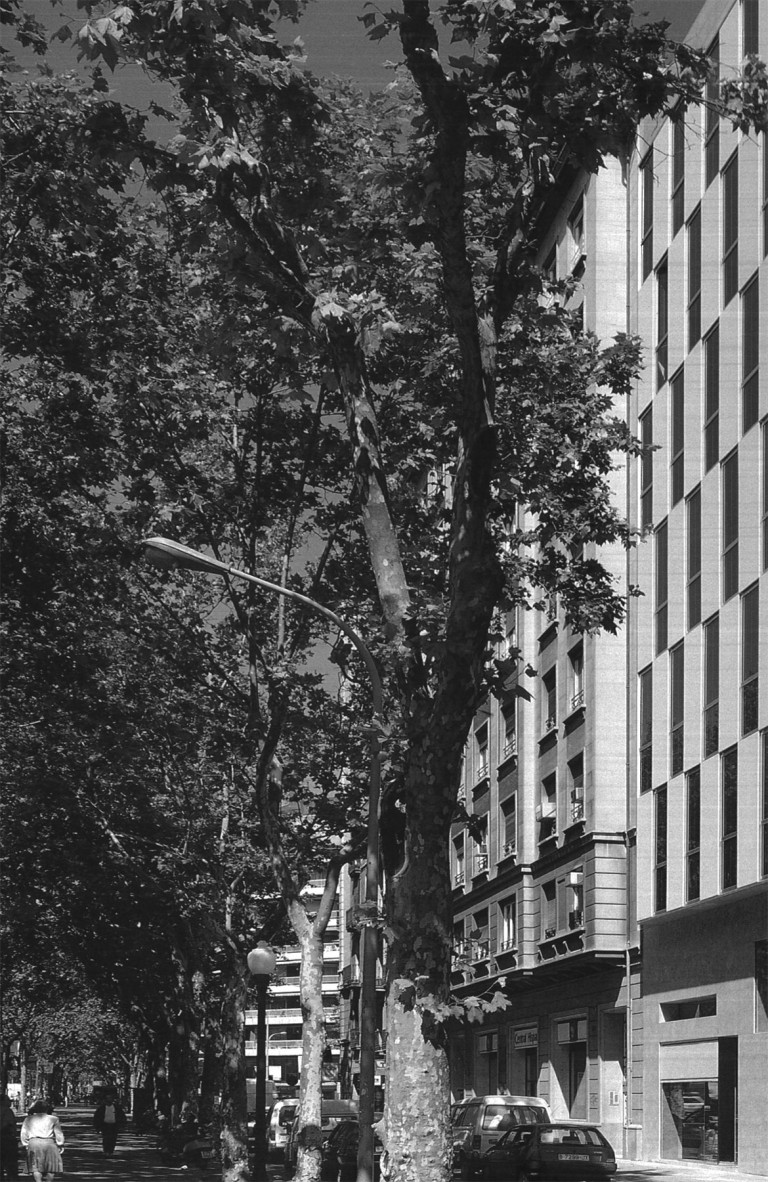 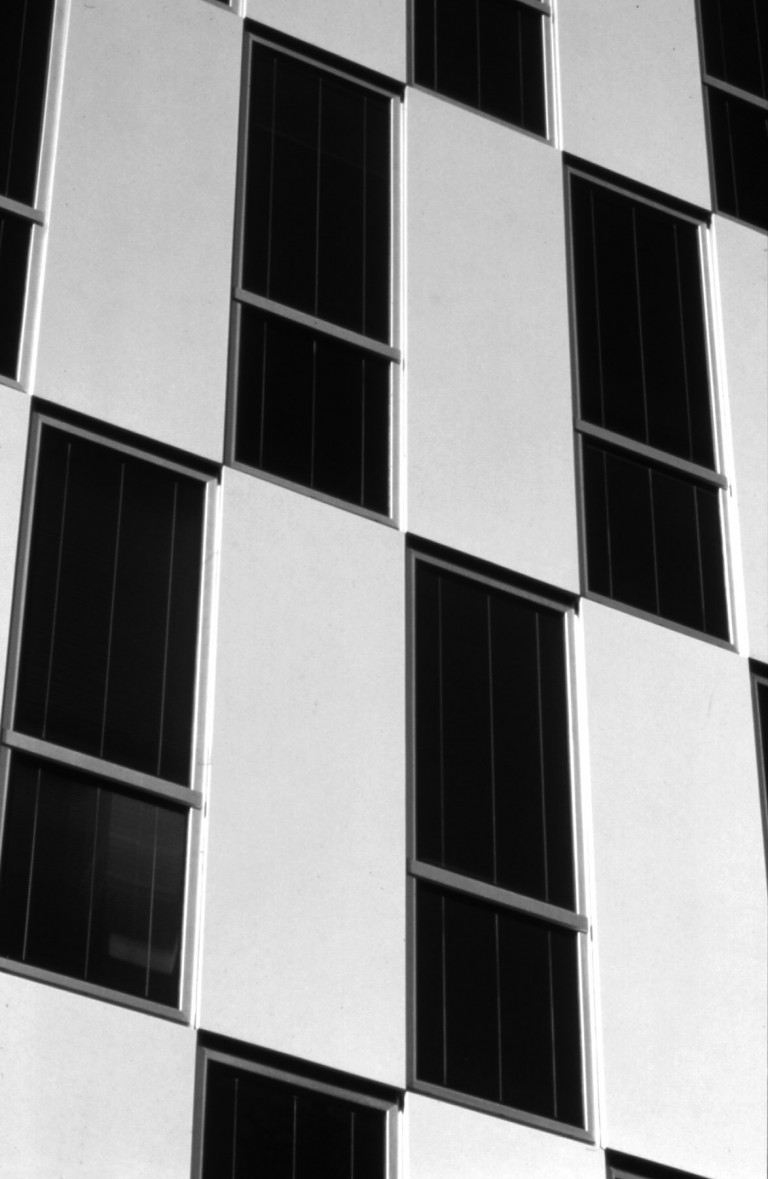 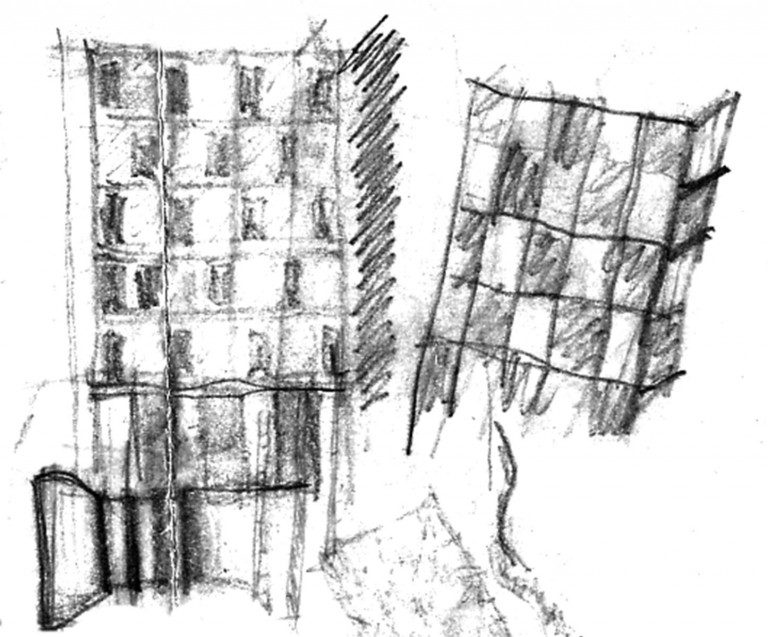 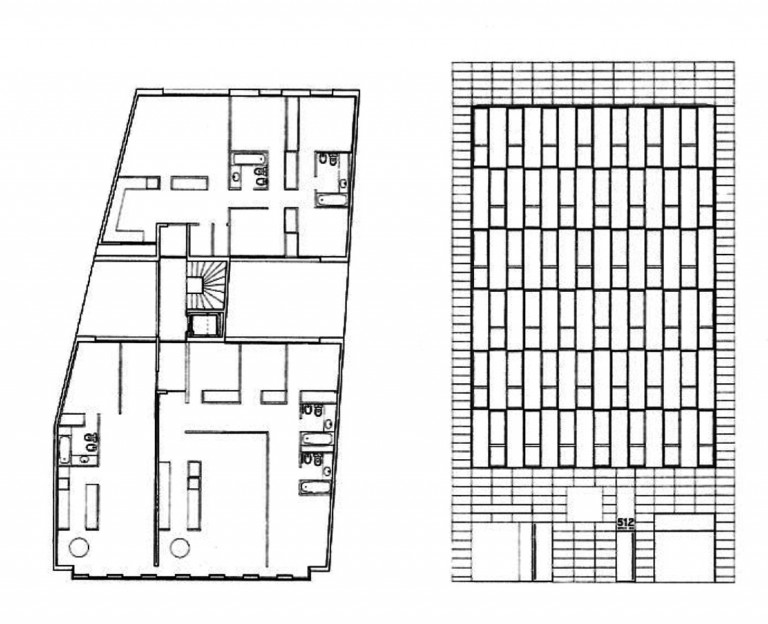 The Project for a small building, located on the Gran Via de les Corts Catalanes number 512, allowed for an interpretation of the intrinsic condition of the “Ensanche” in a modern form. The rigurous zoning laws applicable in this part of the city that have prevented the creation of innovate architecture were pushed to their limits. Perhaps the only considerable precedent in the “Ensanche” area in the last few decades is the old El Noticiero newspaper building by Sostres, which is presently being converted into an apartment building. The regulated conditions are abstracted, including the obligatory use of vertical Windows whose proportions are also controlled.

The construction is carried out wih waterproofed concrete and Wood panels with a light dry partition to the interior, forming a checkerboard configuration that hides floor and apartment separations at the same time that the gente overhang of the panels hides part of the structural joinery, producing well-fitting structural conections. The final finish to these elements is made with light pearl gray silicate paint. The doublepane windows contain venetian blinds, which are controlled from the inside.