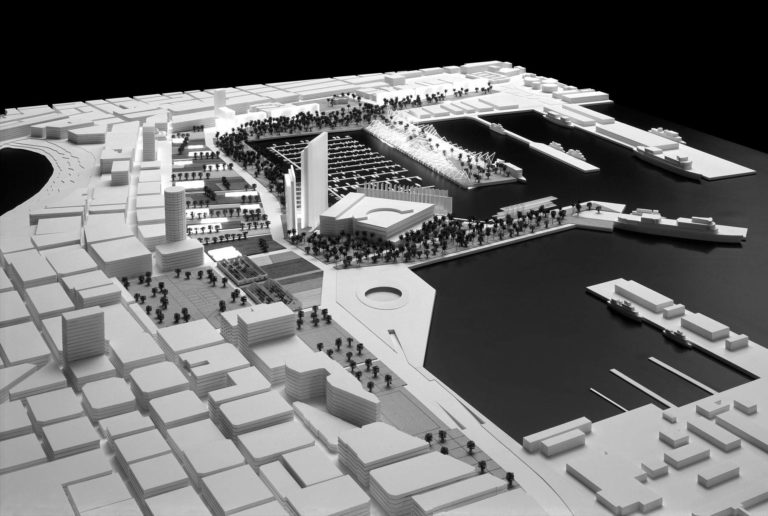 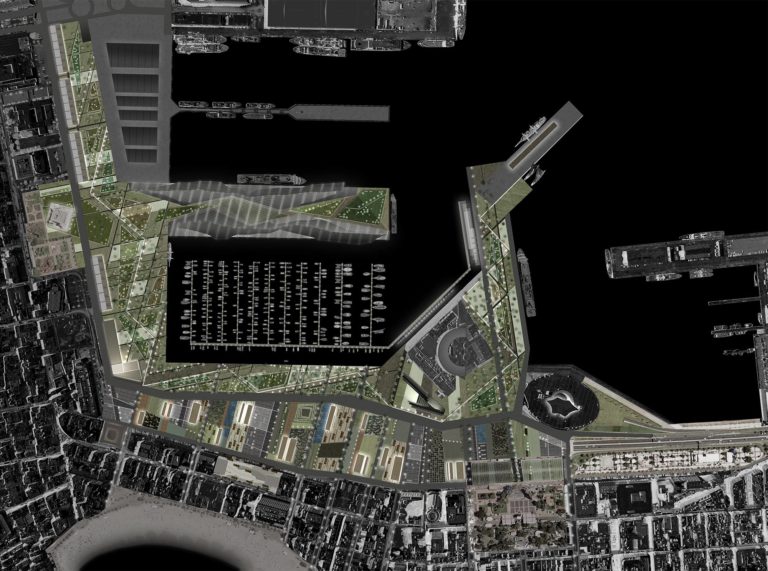 The project contemplates an intervention on more than 300,000 m2 of the isthmus of Las Palmas de Gran Canaria, in a location which possesses both singularity and complexity at the point where the current industrial port and the narrow part of the city merge with each other. Over and above the requirements of the competition program, the proposal ought to confront situations such as problems of transit on the narrowest territory on the island, yet one with more needs as to population movement and logistics, as well as resolving the deteriorating coastline of one of the most working-class neighborhoods of Las Palmas. Another of the problems to be solved is the continuity of urban weaves that are sometimes incomplete and at other times distorted by uncontrolled growth.

The project is posited from the rigor and discipline of providing real responses to the needs of the city.

By means of different spheres of urban landscape the scheme resolves the awkward situation between the needs of the city and the requirements of the program. The configuration of these urban spaces is defined as:

This entire operation is possible thanks to planning a sunken highway connecting two important traffic circles which are the area’s main distributors: the Rotonda Belén María and the Túneles de Luengo exit.