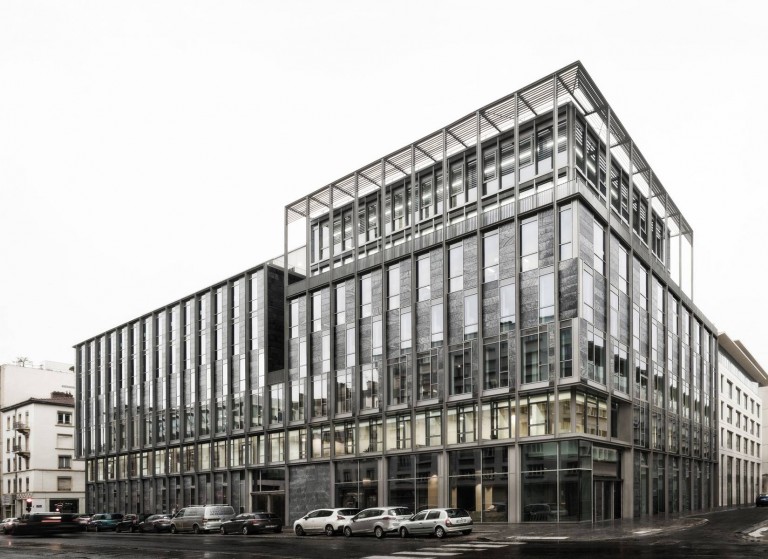 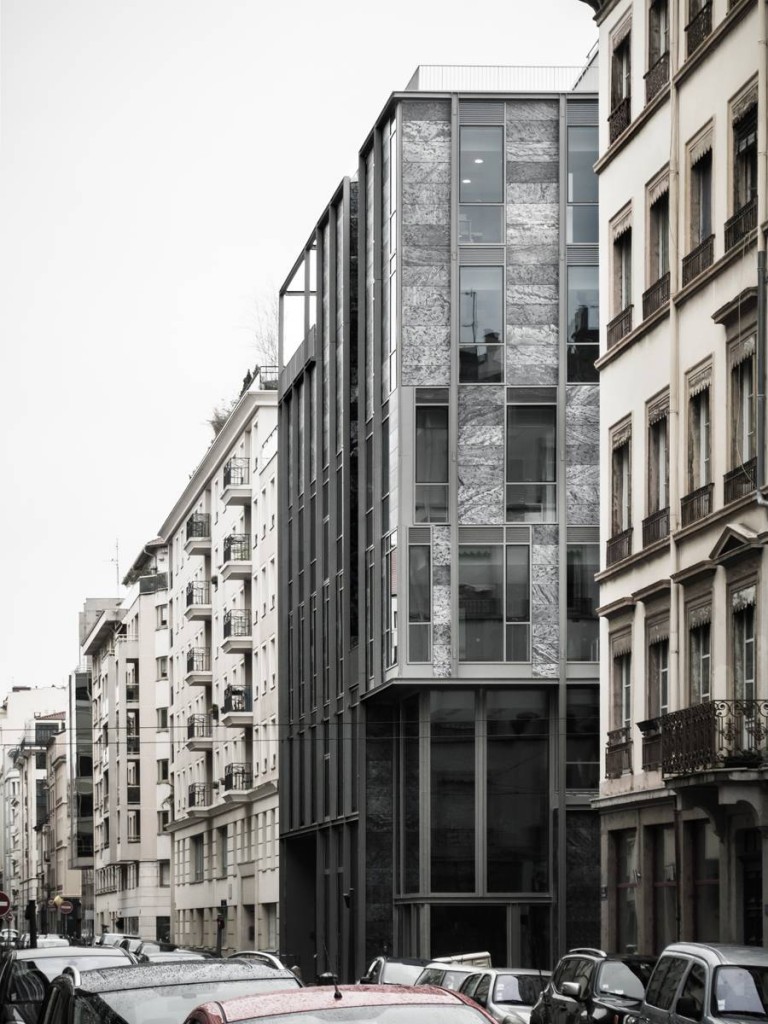 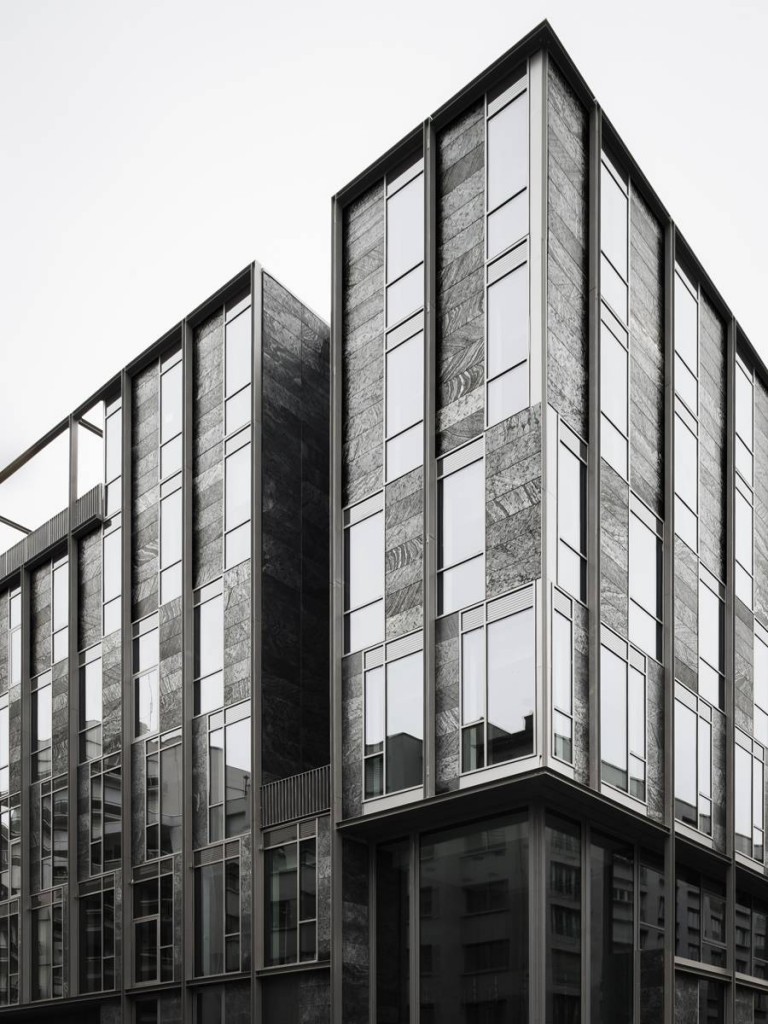 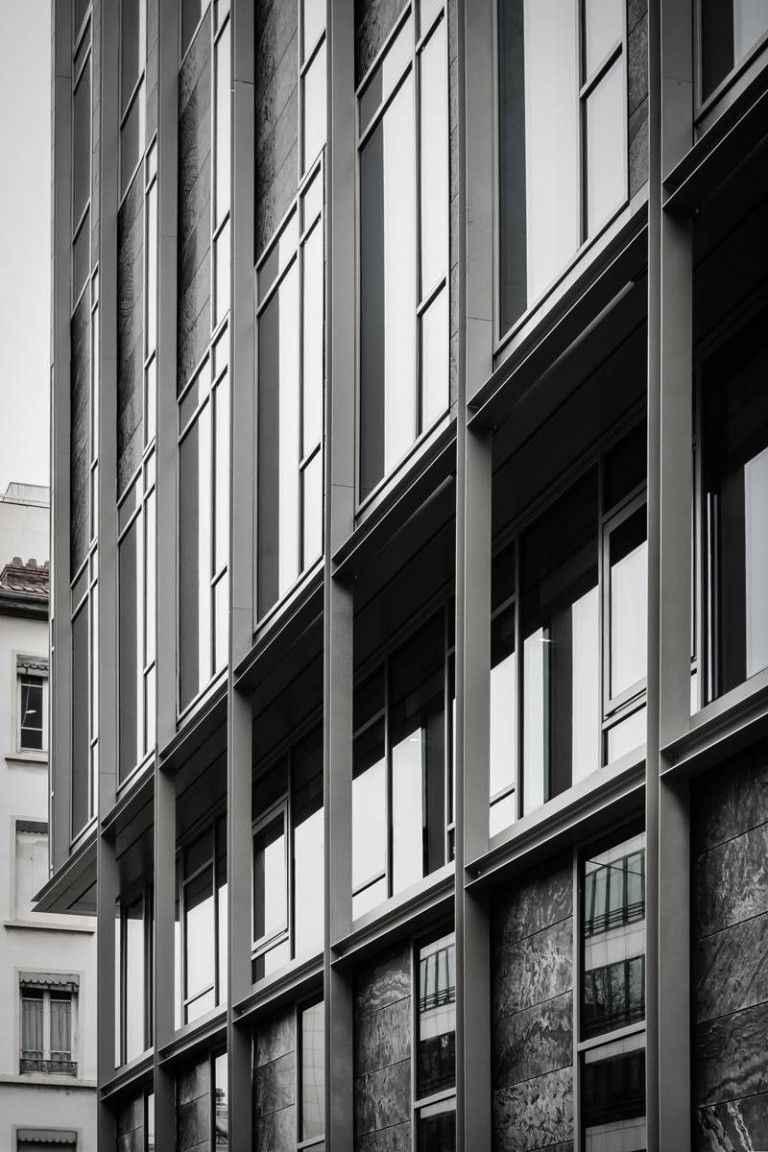 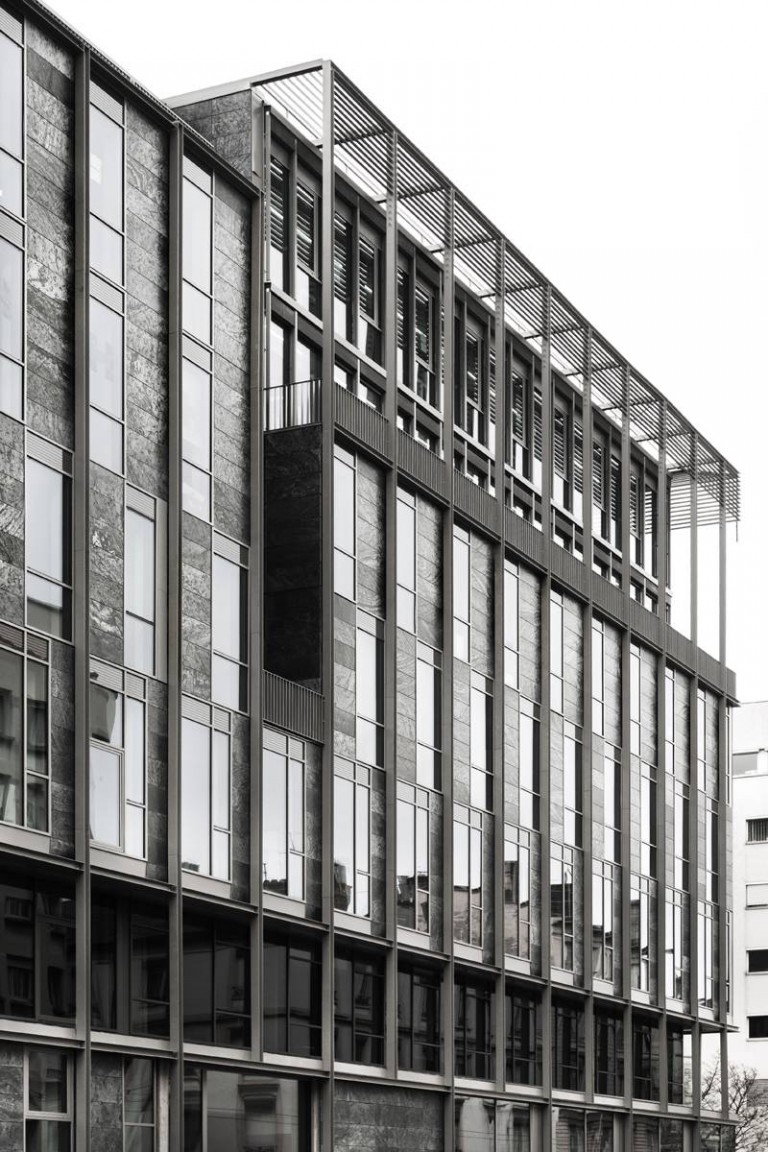 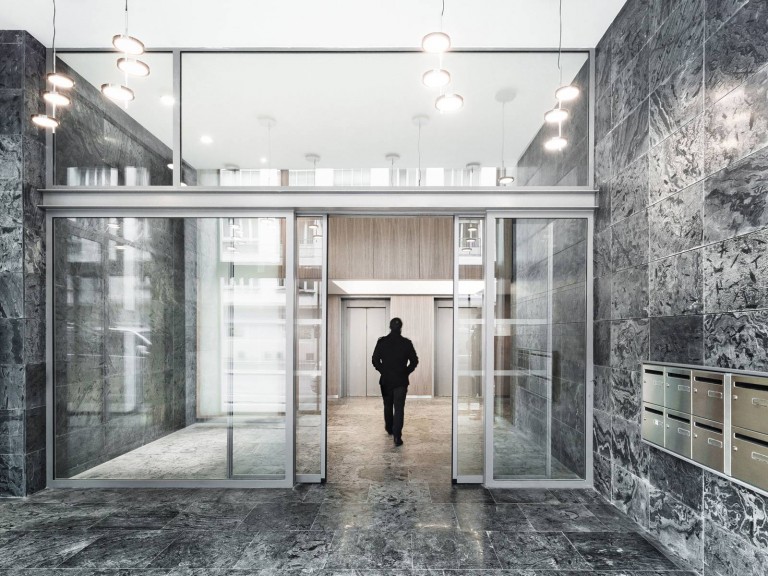 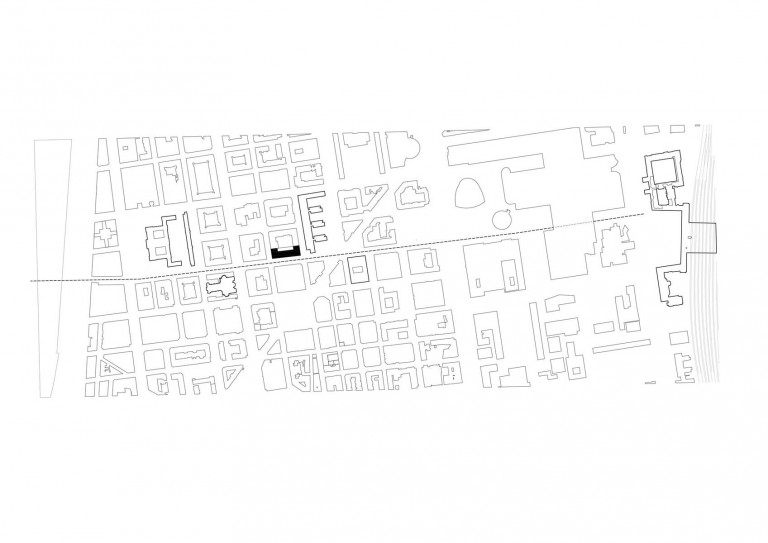 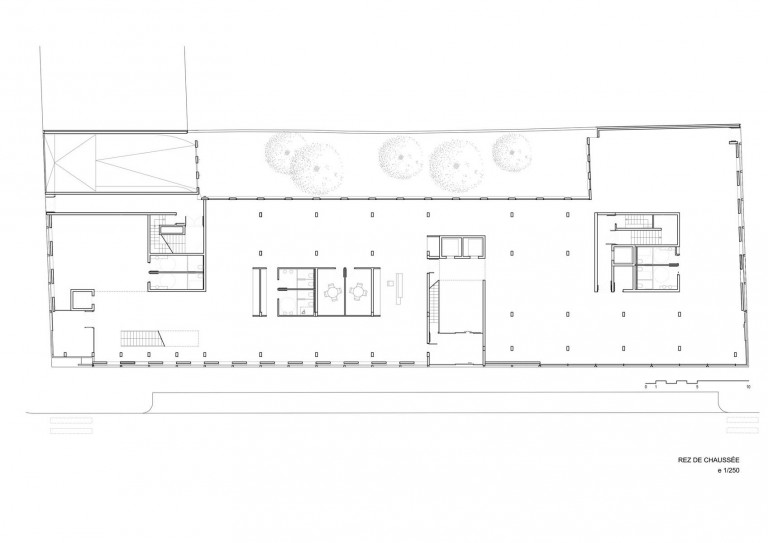 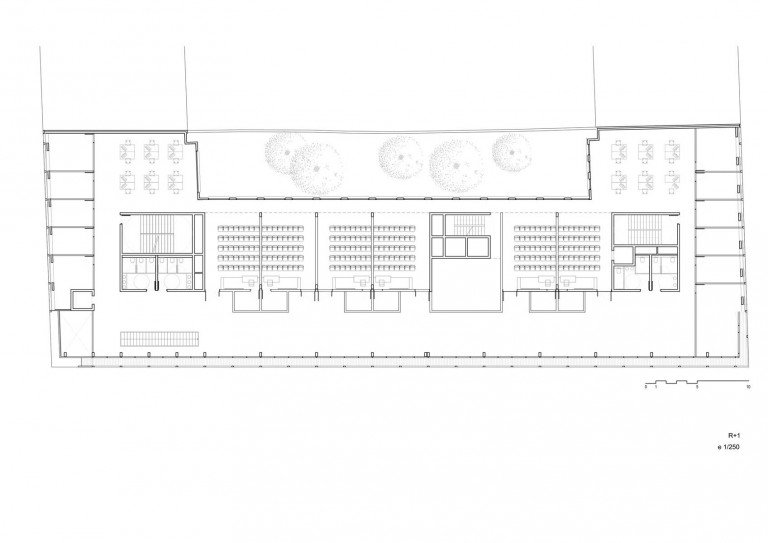 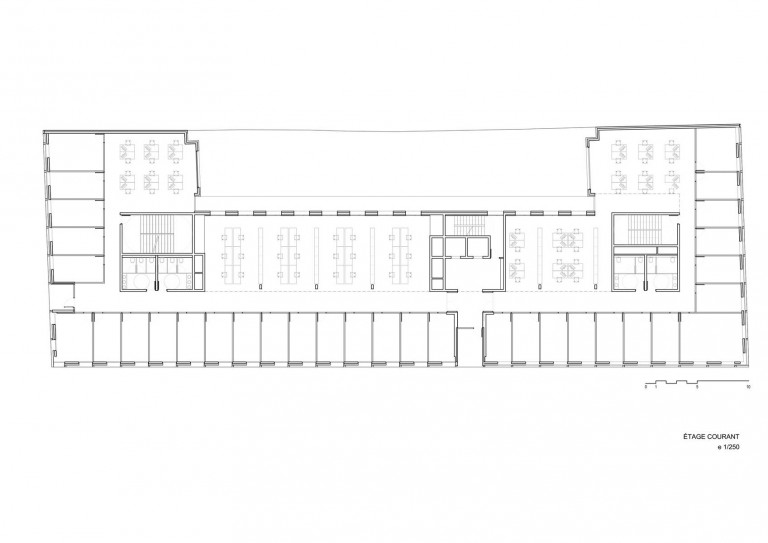 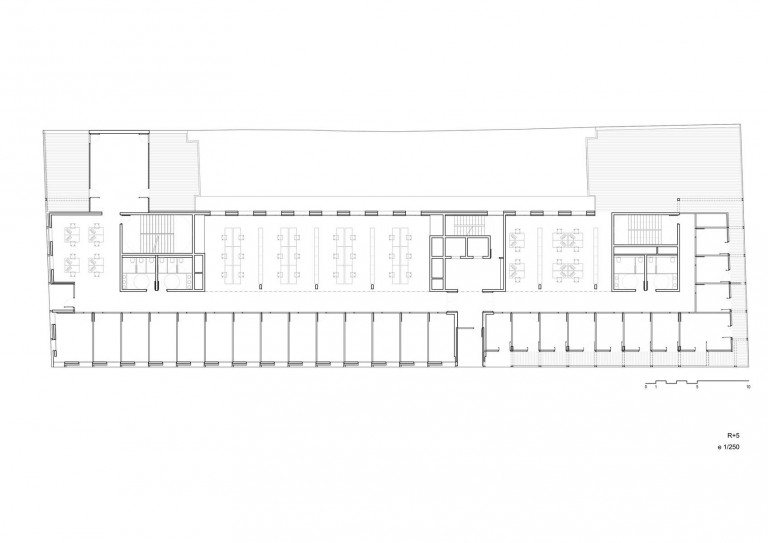 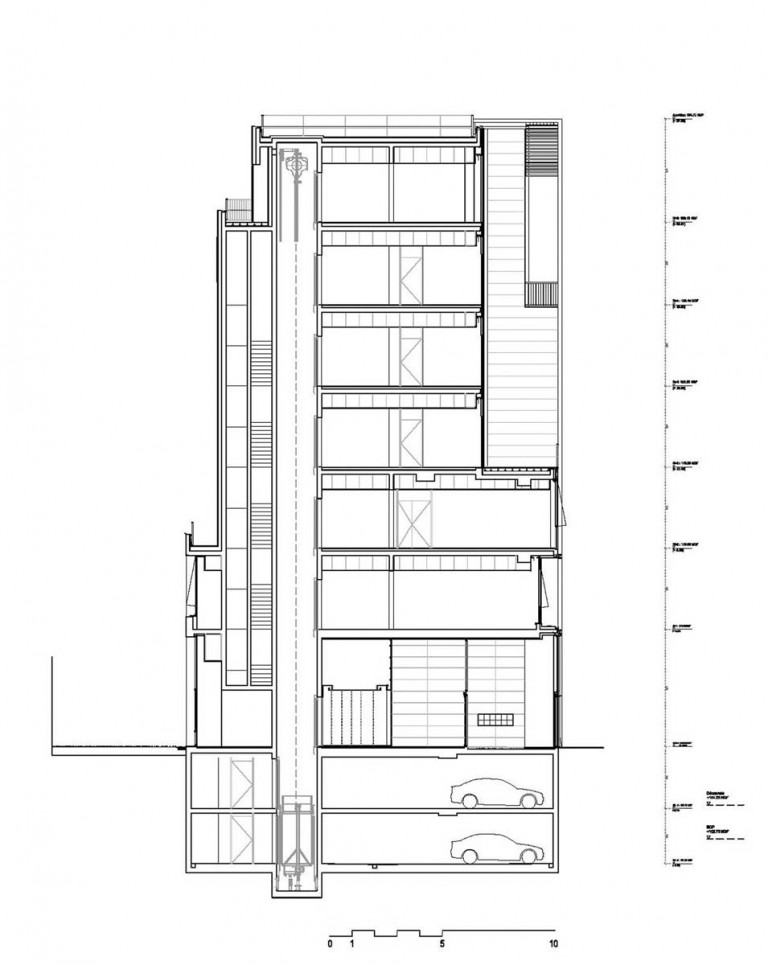 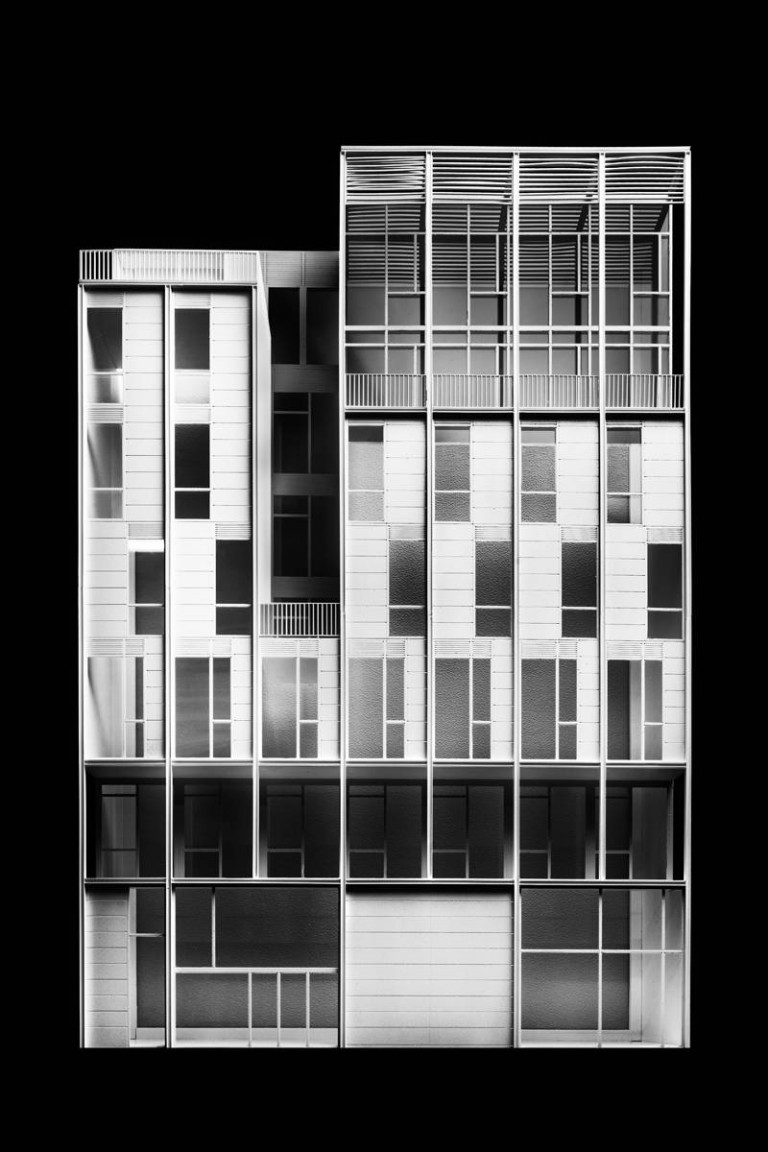 In the city of Lyon, Servient street has an urban potential that makes the plot of the former district archive building particularly interesting, located in the city center and close to the Palais de Justice and the Part Dieu station.

The first project decision was to enhance that urban multiplicity while responding to a highly mixed program with three uses: Law School, Bar Association and office spaces for rent.

The project chooses to avoid the opacity of some official buildings and aims instead to display the transparency of its activities. A private building, but with a public and institutional character, that shows its circulations and its programmatic horizontal division, and which becomes porous and accessible from the public space.

The two entrance halls located at the corners, the School and the Bar association lobbies, are completed with the main entrance hall to the offices, located at Servient street. The entrance through the school lobby leads directly to the first floor, to a hallway open to the street and set back from the façade plane by a horizontal fissure. The classrooms, which face north, overlook the quiet, interior courtyard.

On each floor, a series of fissures in the façade illuminate the circulation areas. One of them contributes to building an emerging volume that respects the setback of the attic and suggests an urban spotlight and a double architectural scale, which can be perceived from the station avenue.

Large pieces of grey glass alternate in scale and position with slates of phyllite stone which help integrate the openings with a variety of sizes and positions. A metal grid –that responds to the canonic 2.70 office width- allows to integrate the railings, solar protections and certain façade elements fixings, and to give materiality and a larger scale to the façade, which is usually seen from a sideways position.

Architecture acquires a certain ambivalence, with a monumental or light character, a tectonic or de-materialized quality, depending on the light conditions, and proves to be an efficient tool that responds adequately to the building scale and program.