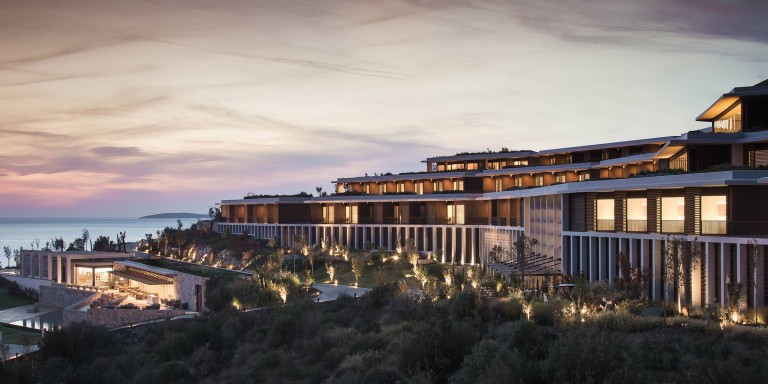 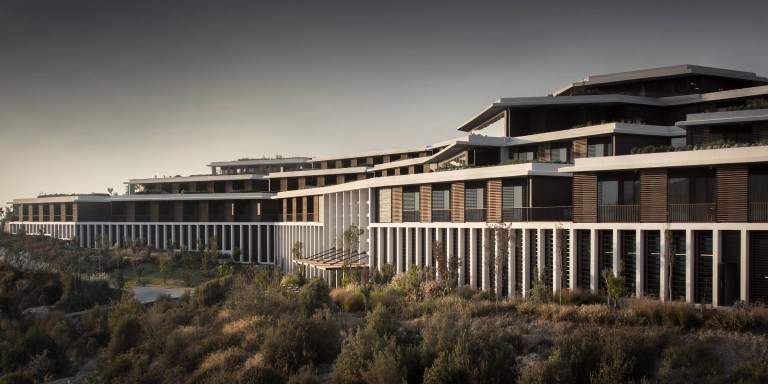 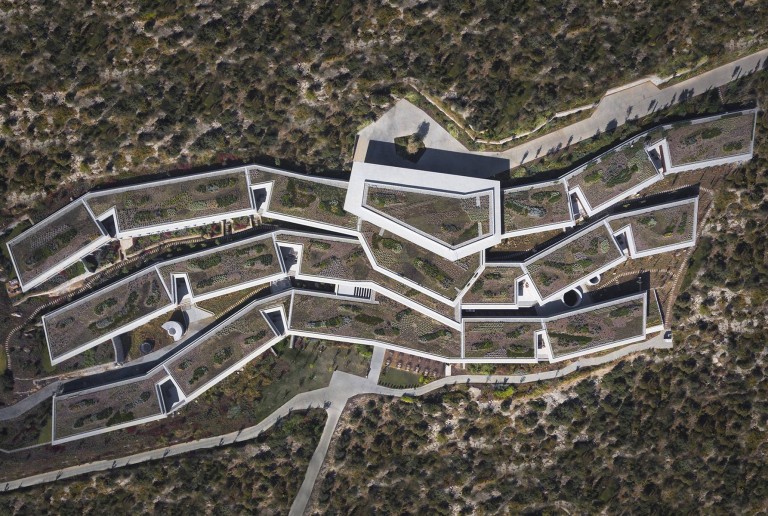 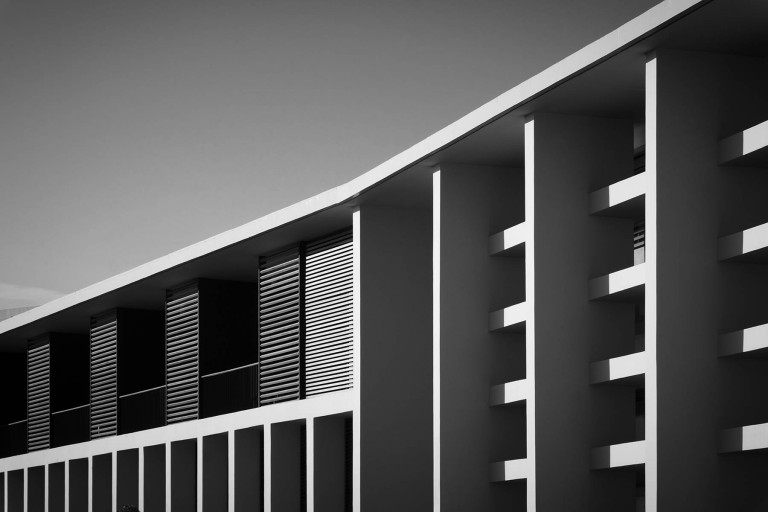 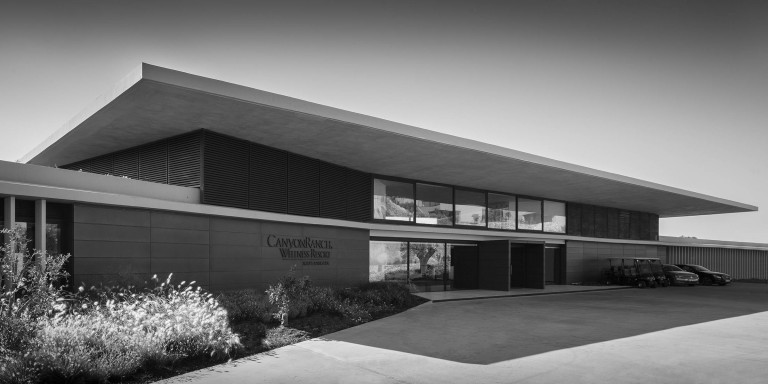 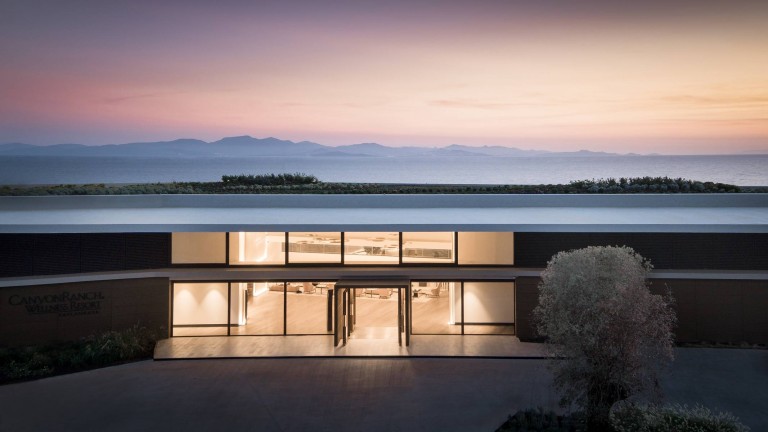 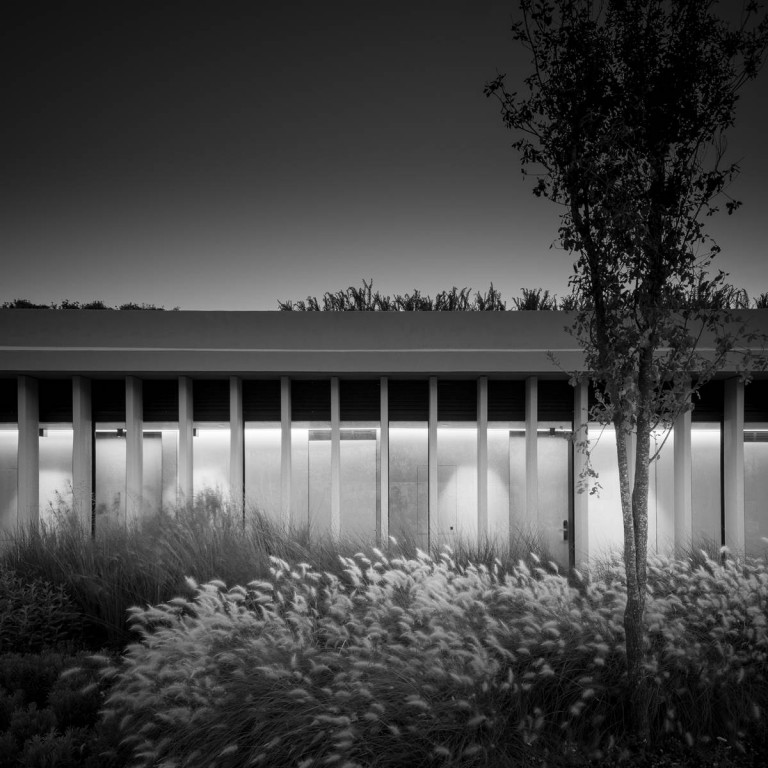 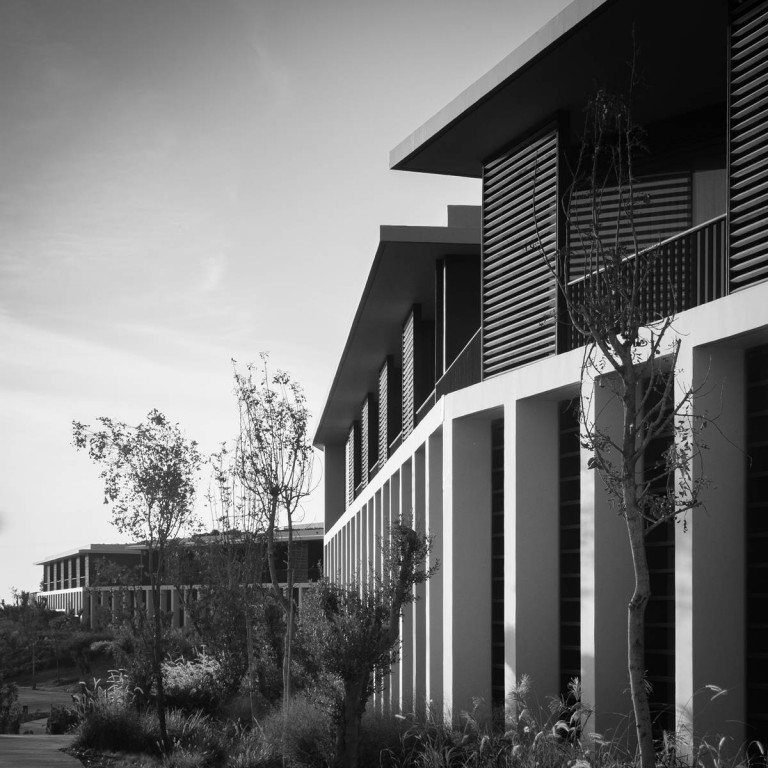 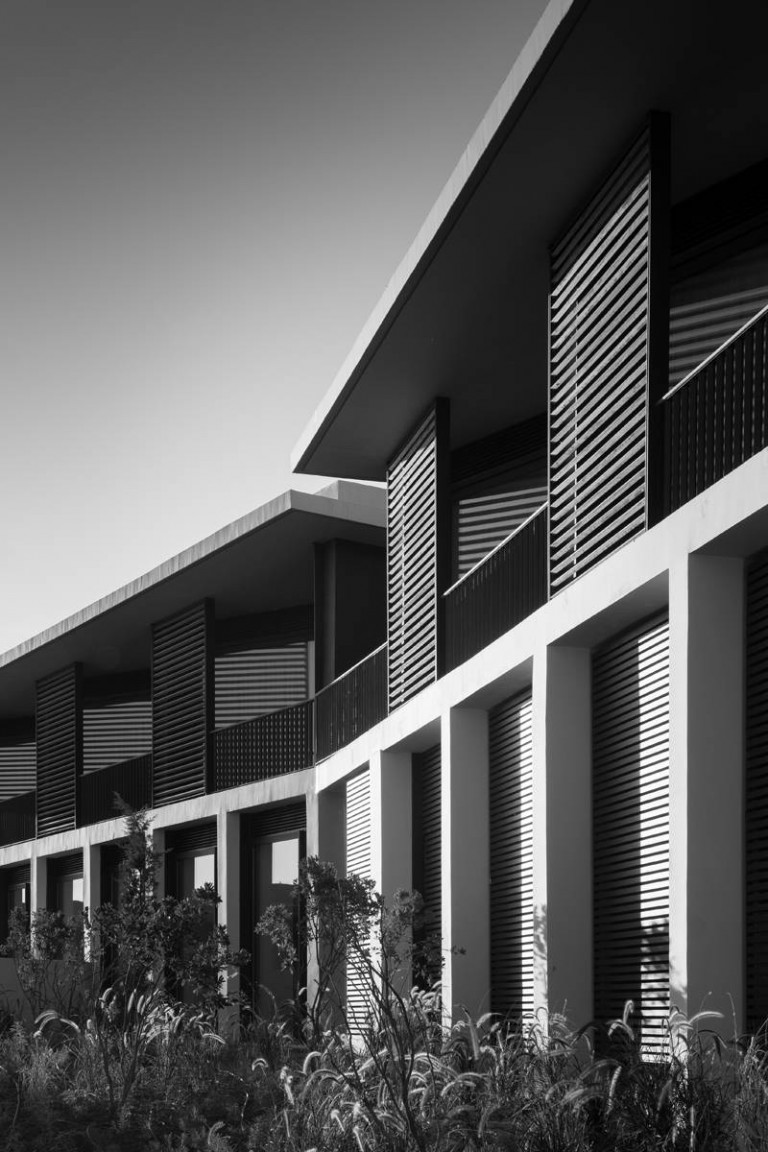 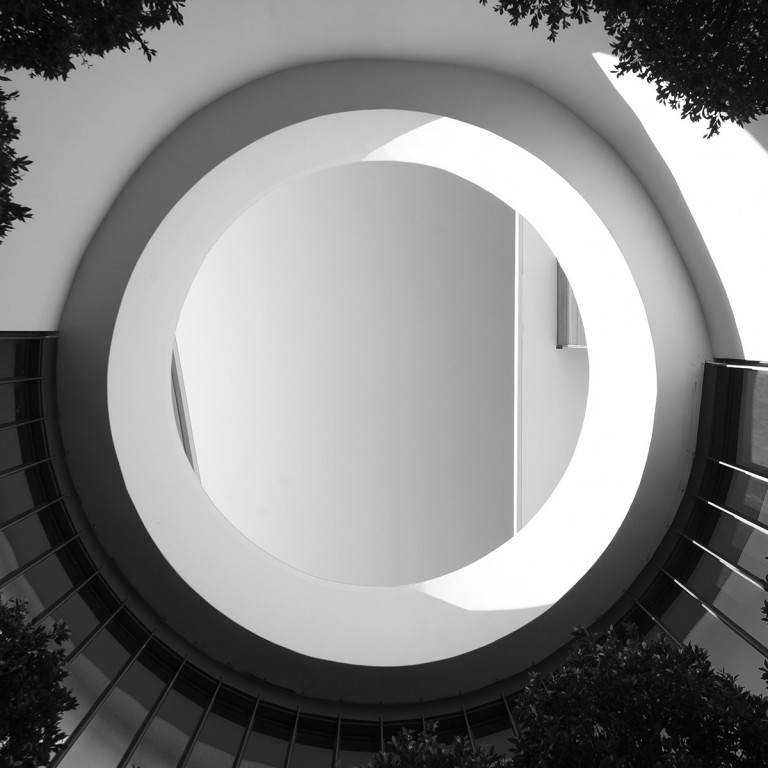 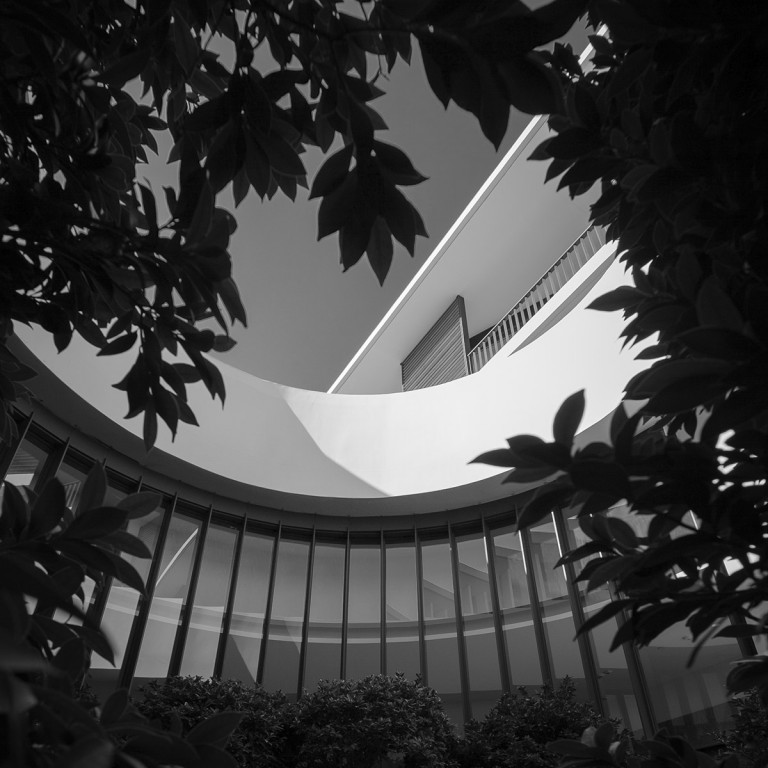 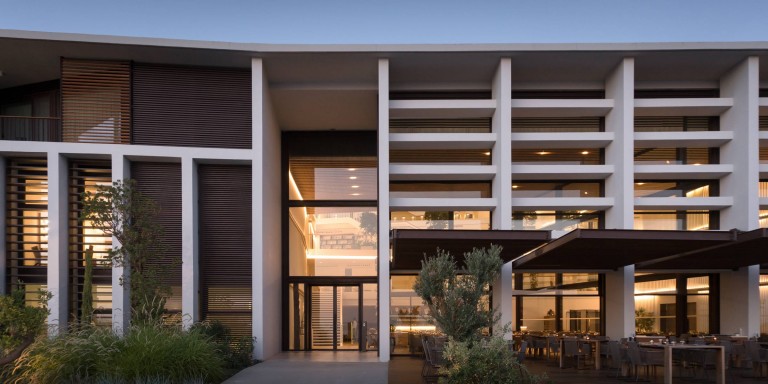 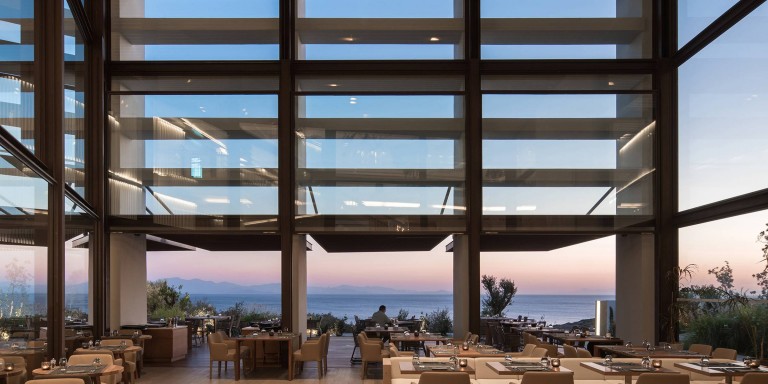 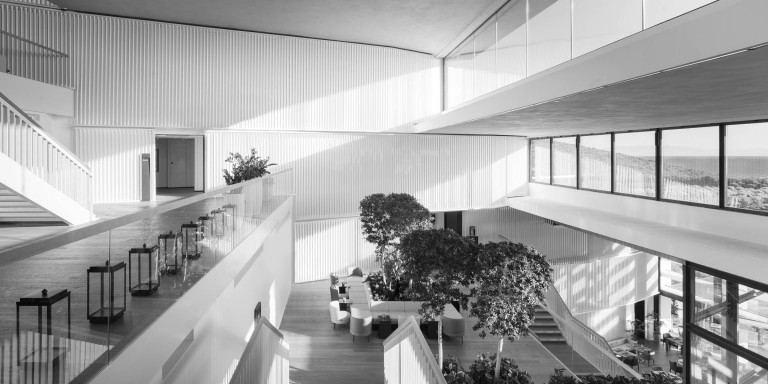 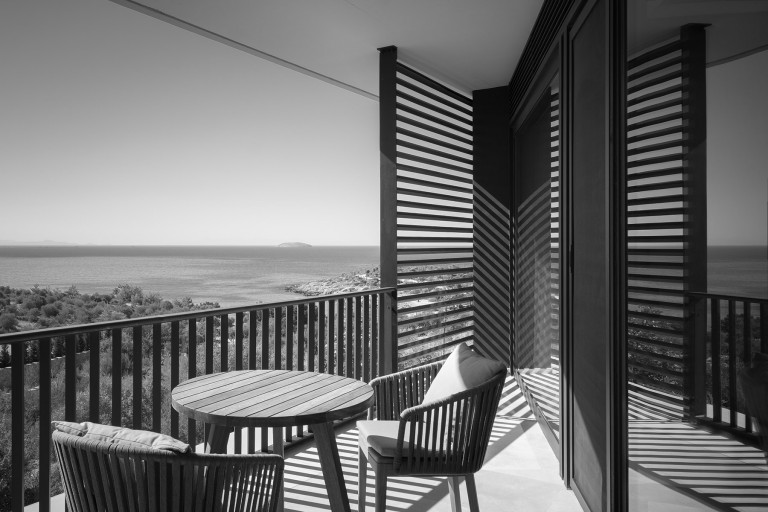 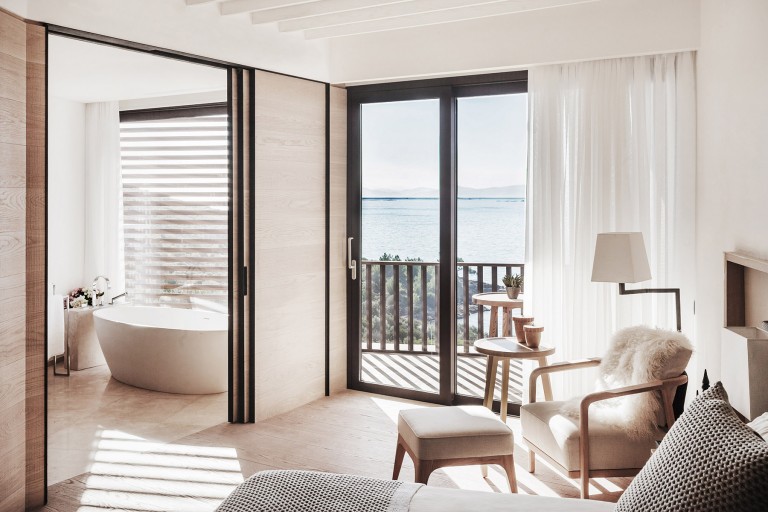 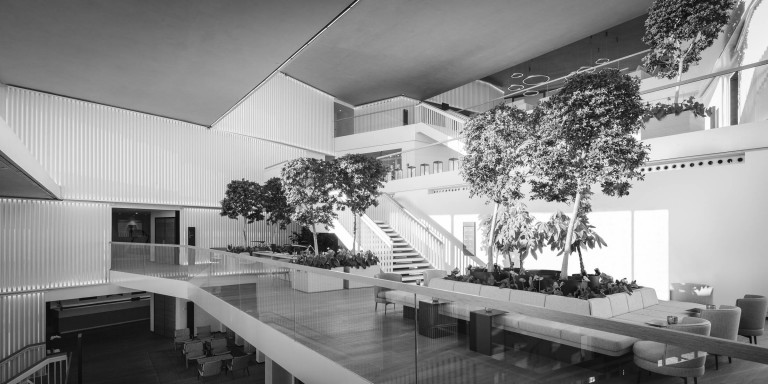 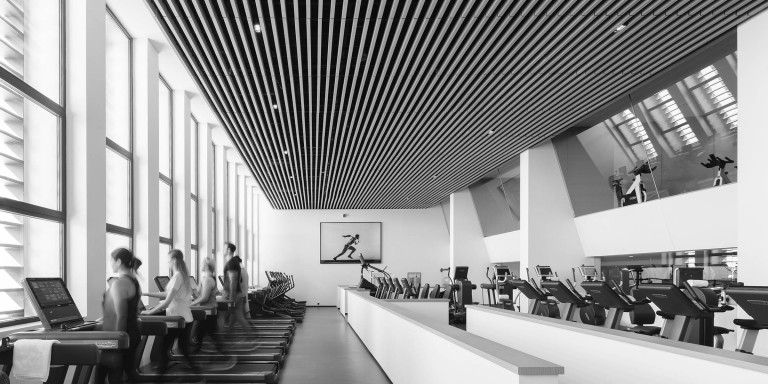 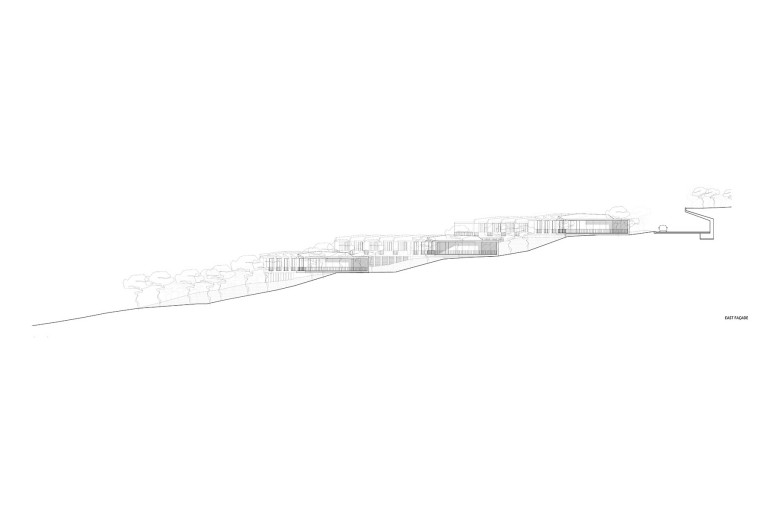 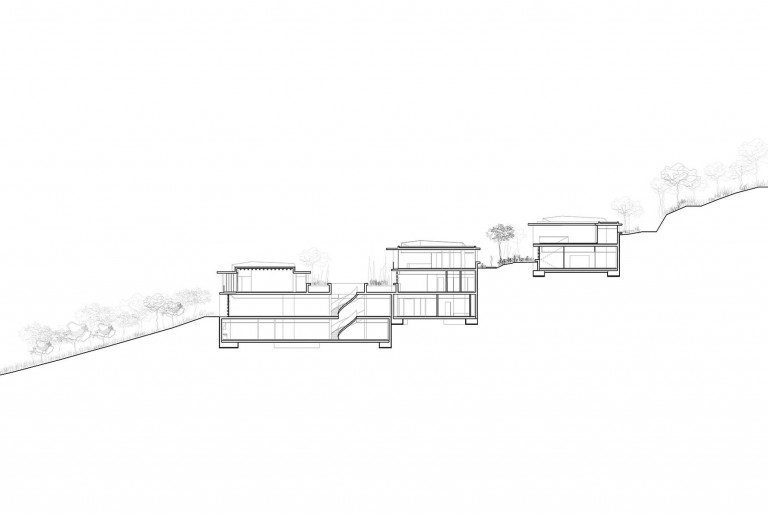 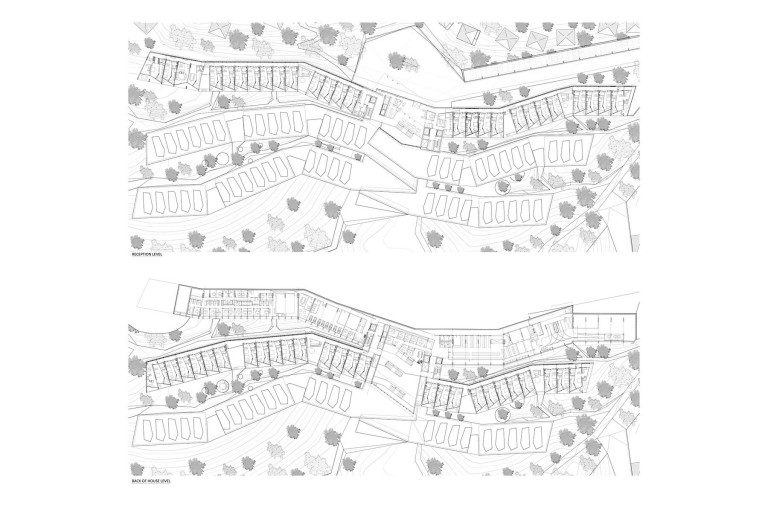 Situated next to the sea near the city of Bodrum, the ancient Halicarnassus, and in an enclave that is currently being urbanized called Kaplankaya, the hotel building tries not to modify the topography in any substantial way. Thus, all the rooms have sea views, while the entire auxiliary program of a hotel of this sort is located in the interstices of the arms: a health farm, meeting areas, etc.

The building, which is reached from the high ground, is organized via a lobby consisting of a cascade of spaces in which the different fingers of rooms on the various floors lead to the ground level, where the restaurants and connecting areas, the garden, and the beach are found.

The building accommodates itself to the topography by constructing tranches of landscape that become vantage points from which the building relates to the sea, sky and vegetation in an atmosphere of privacy.

The hotel is designed as a new, previously unseen typology: a configuration that, from the center, is articulated and organizes the functional program constituted by open and closed spaces in the form of branches which adapt to the topography, creating spaces that promote privacy, light and top class views, atmosphere and landscape.

Six Senses Canyon Ranch, then, recreates the images of the grand resort, the underlying idea of the health farm, and the romantic spirit of history’s great hotels, intimately connected to the landscape.