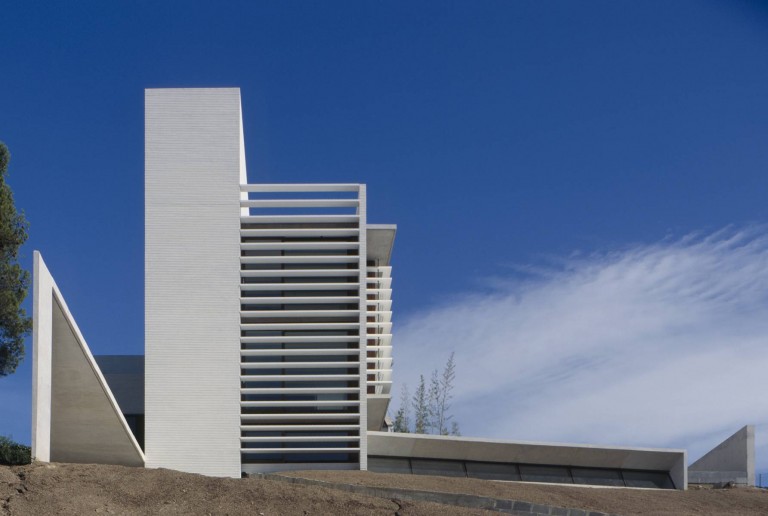 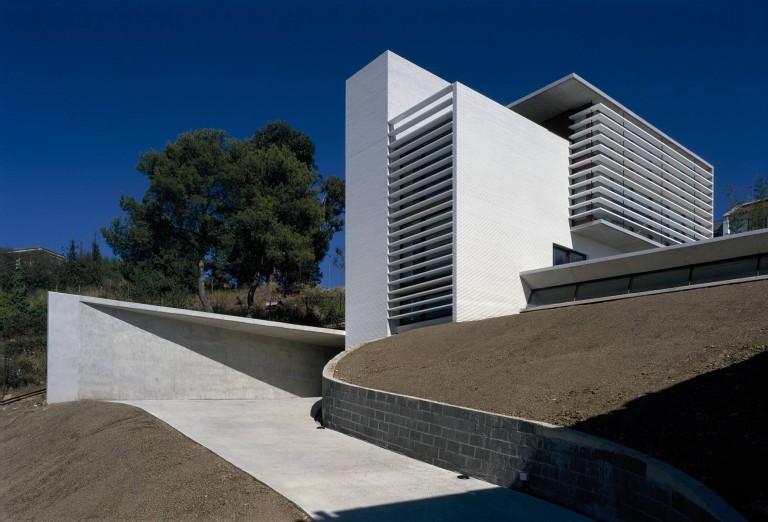 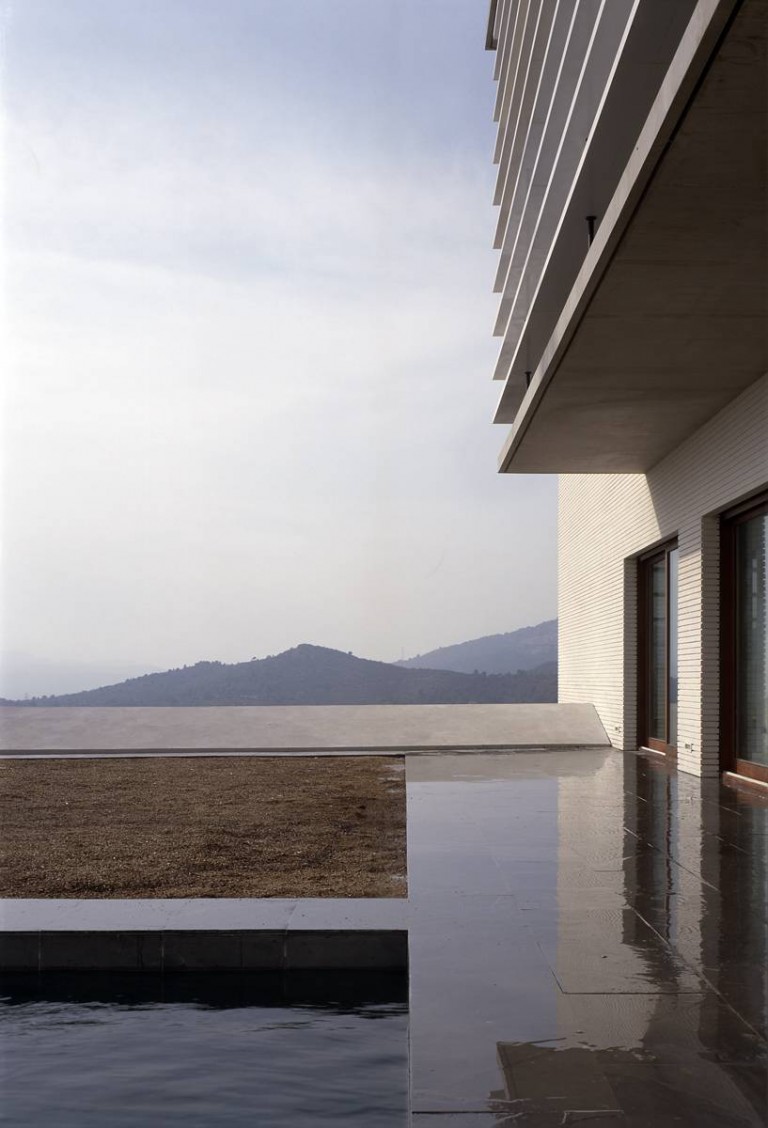 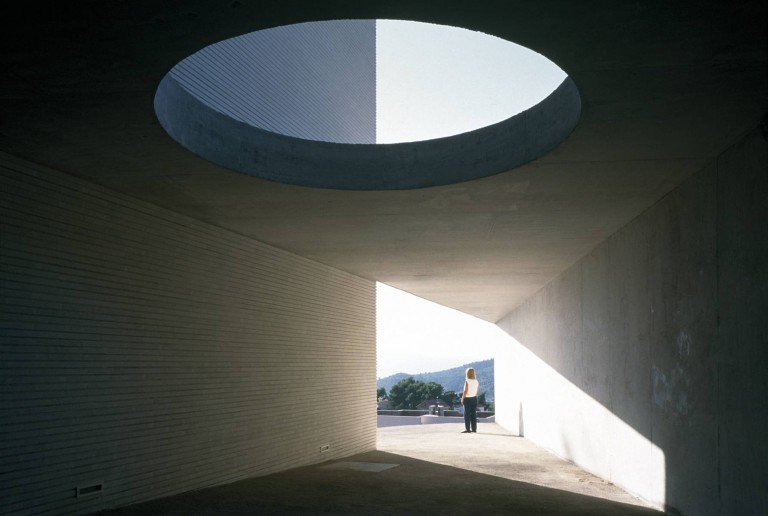 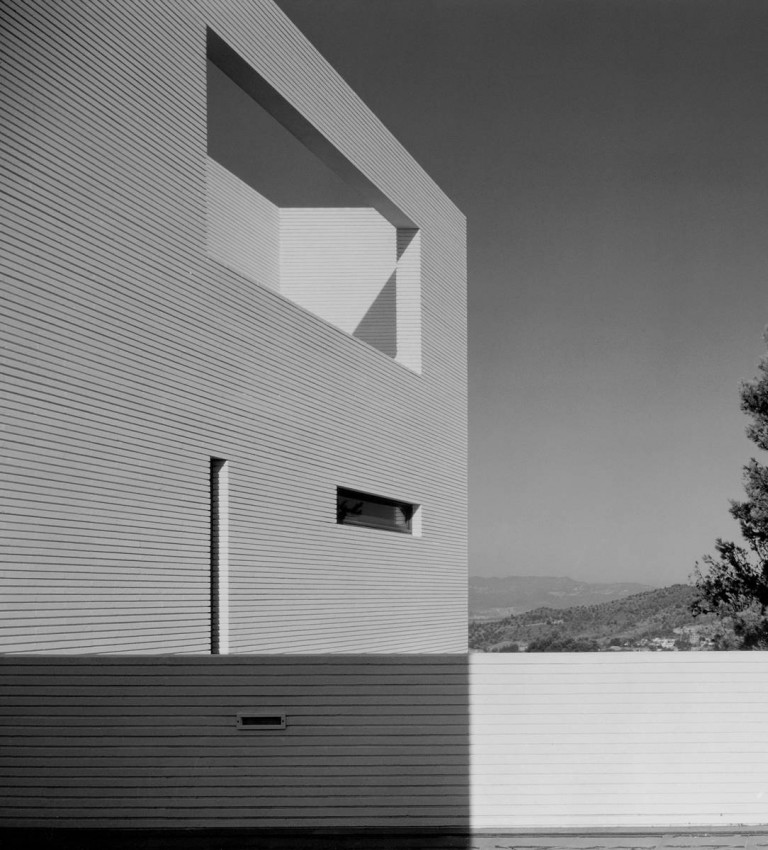 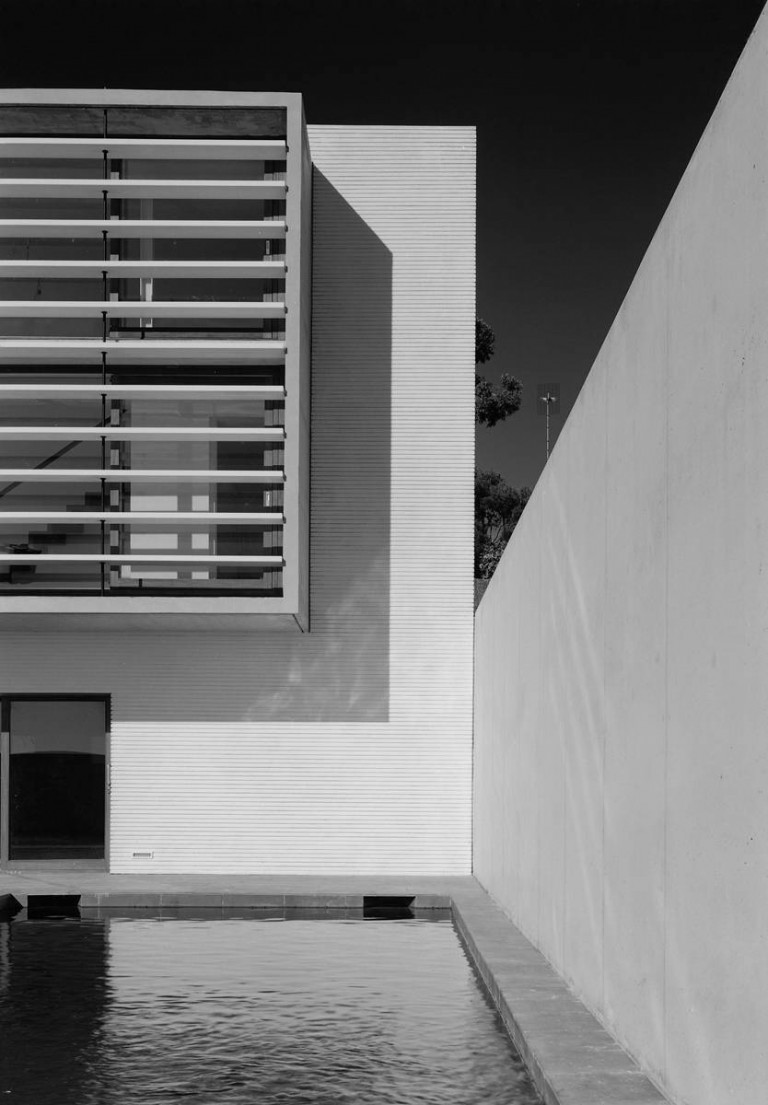 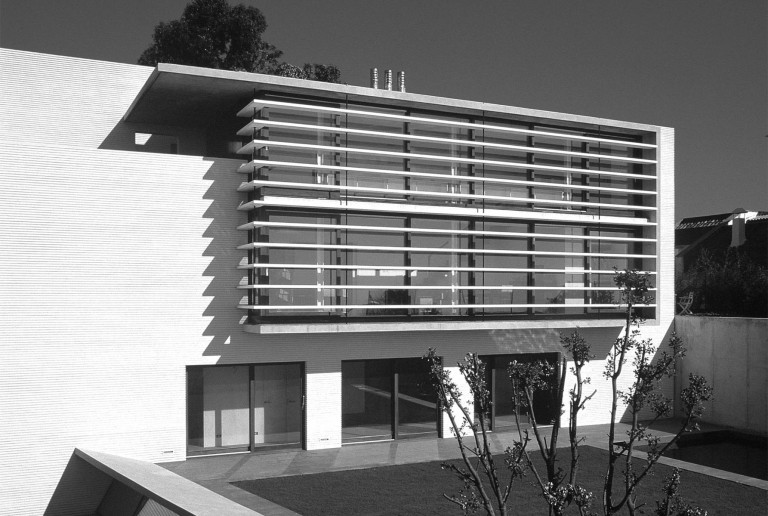 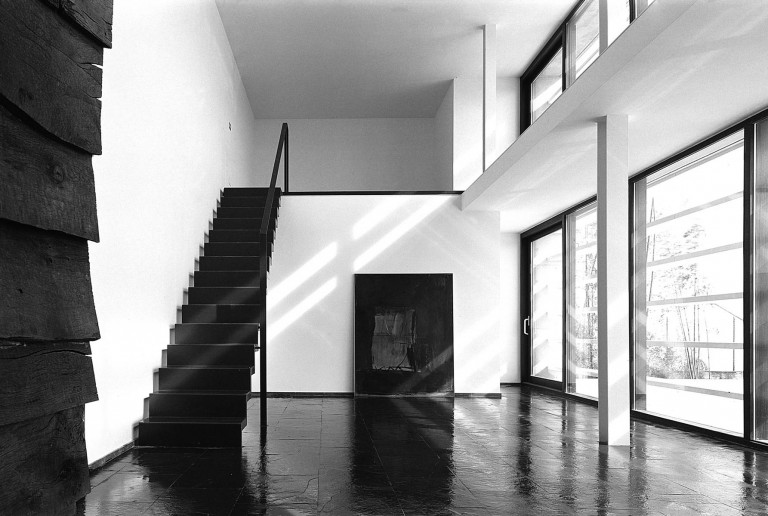 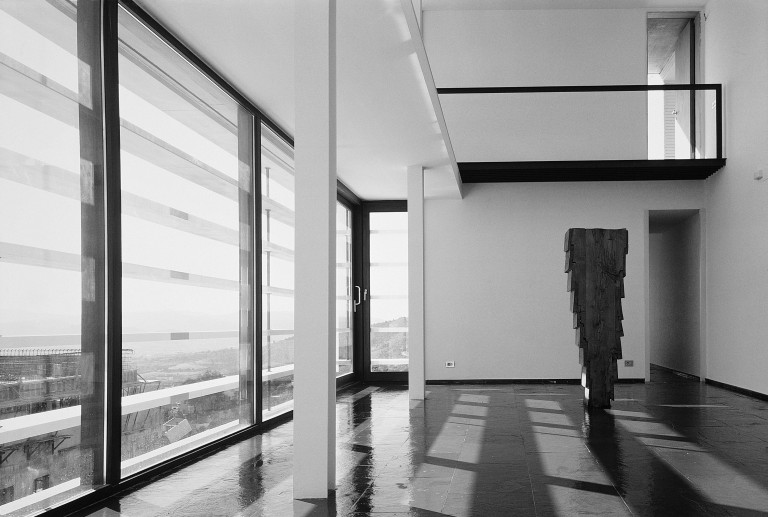 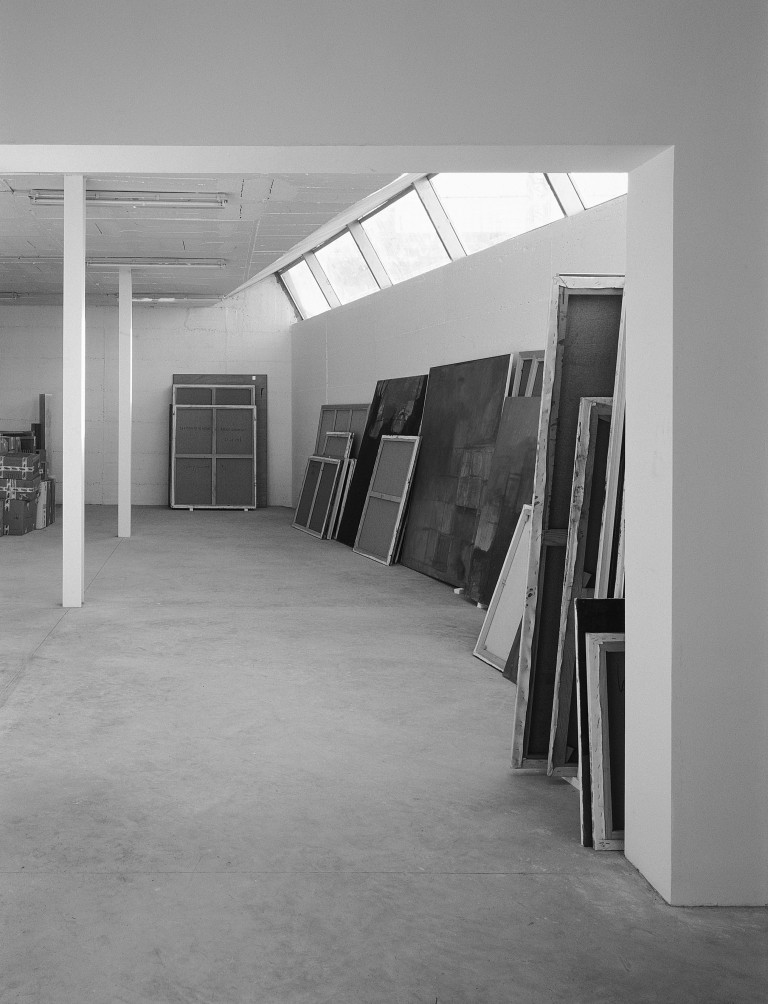 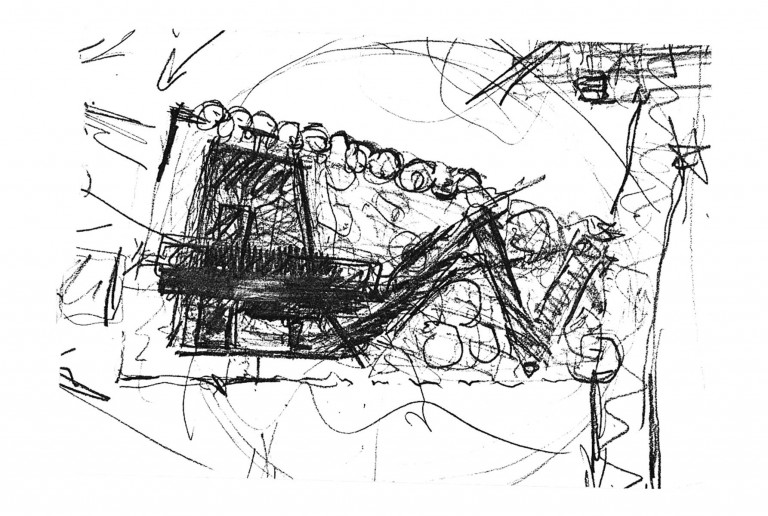 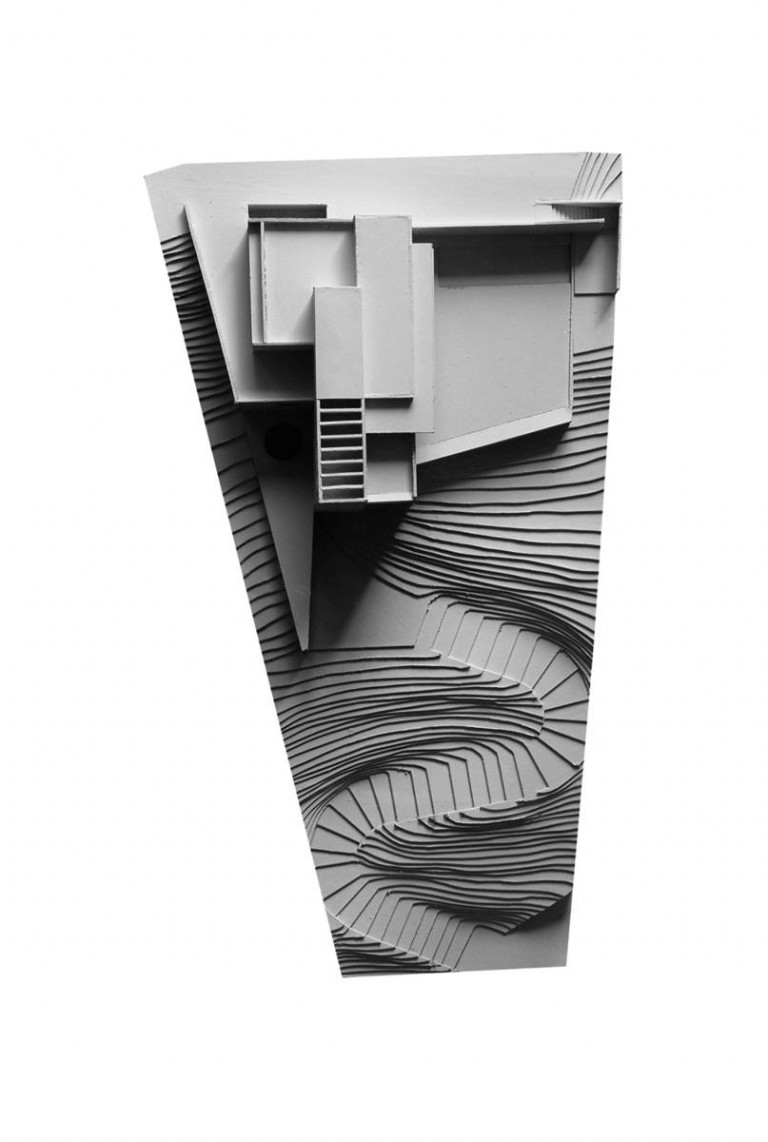 This extremely long, trapezoidal plot varies in height by some 16 meters between the top level, which follows the escarpment of the mountain, and the bottom. There is an entrance lower down one side of it.

Two valleys are overlooked from the top level, with views over the city of Barcelona and the flatlands of the Llobregat, the sea forming a backdrop in both instances.

The project design proposes siting the main body of the house in the upper part of the plot, perpendicular to the contour lines. A number of horizontal spaces are thus obtained to the front and rear, providing perfect orientation towards the south, plus vistas of the two valleys. This narrow and long built mass is divided into three floors in which the domestic program is evolved. This is related externally to both the front patio-courtyard with is swimming pool and solarium, and the landscaped borders at the rear, which are reached from the intermediary level. Lastly, the upper level above the interior double space has a set of more private, intramural terraces.

The entire edifice is set on a base excavated in the mountainside, which accommodates the entrances to the house, parking areas, service quarters, swimming pool shell and, below the patio-courtyard described above, the painting and sculpture studios. These are lit by a huge horizontal opening formed by a leaning concrete slab, which occupies the view from the upper patio.

Access to the building from the lower roadway is provided by a path which gradually snakes up between copses of holm oak, bushes and banks of earth carpeted with climbing plants. This path leads to the entrance located in a wall and, in the entrance hall of the house, garage and studios. The walls, decks and porches of the house, are constructed of bear concrete and the enclosures of specially made white engineer’s brick, with long lintels and latticework. The woodwork is in teak and the openings protected by a set of slats, suspended and held taut by a complex mechanical system.