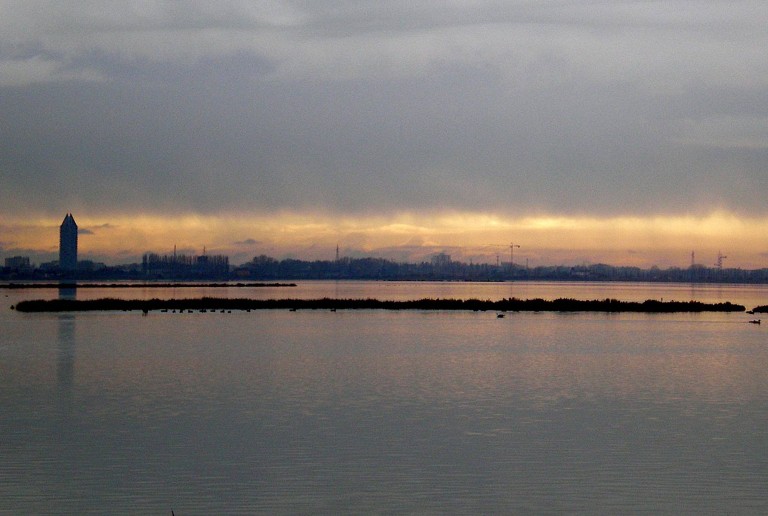 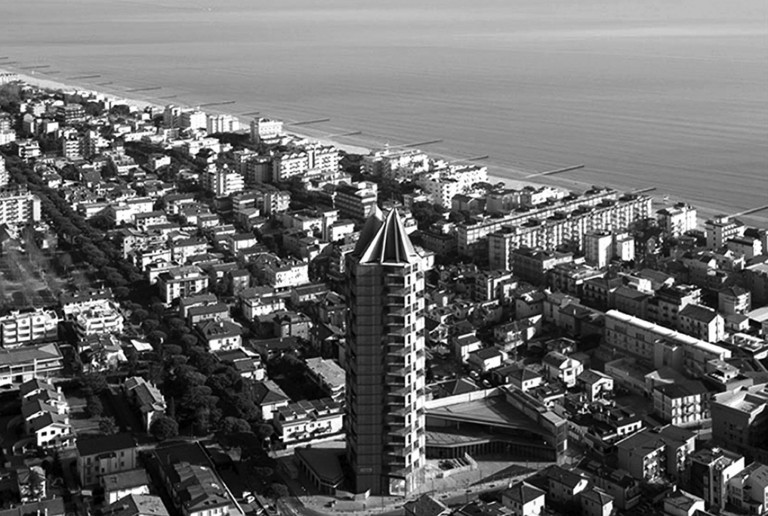 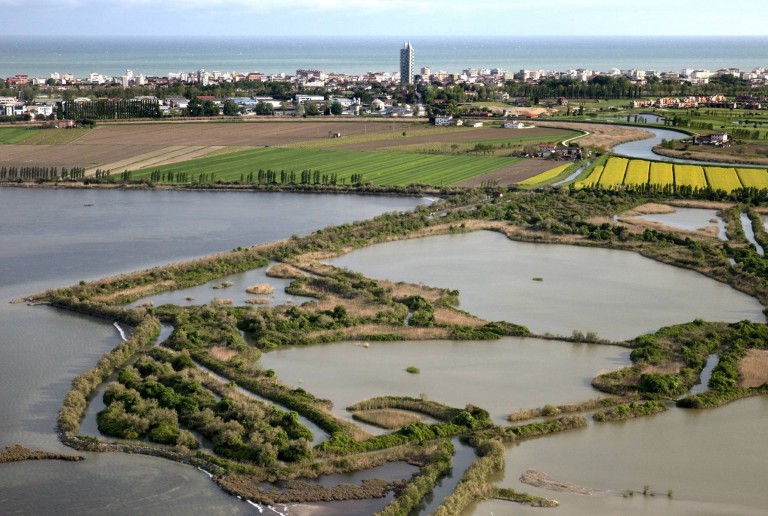 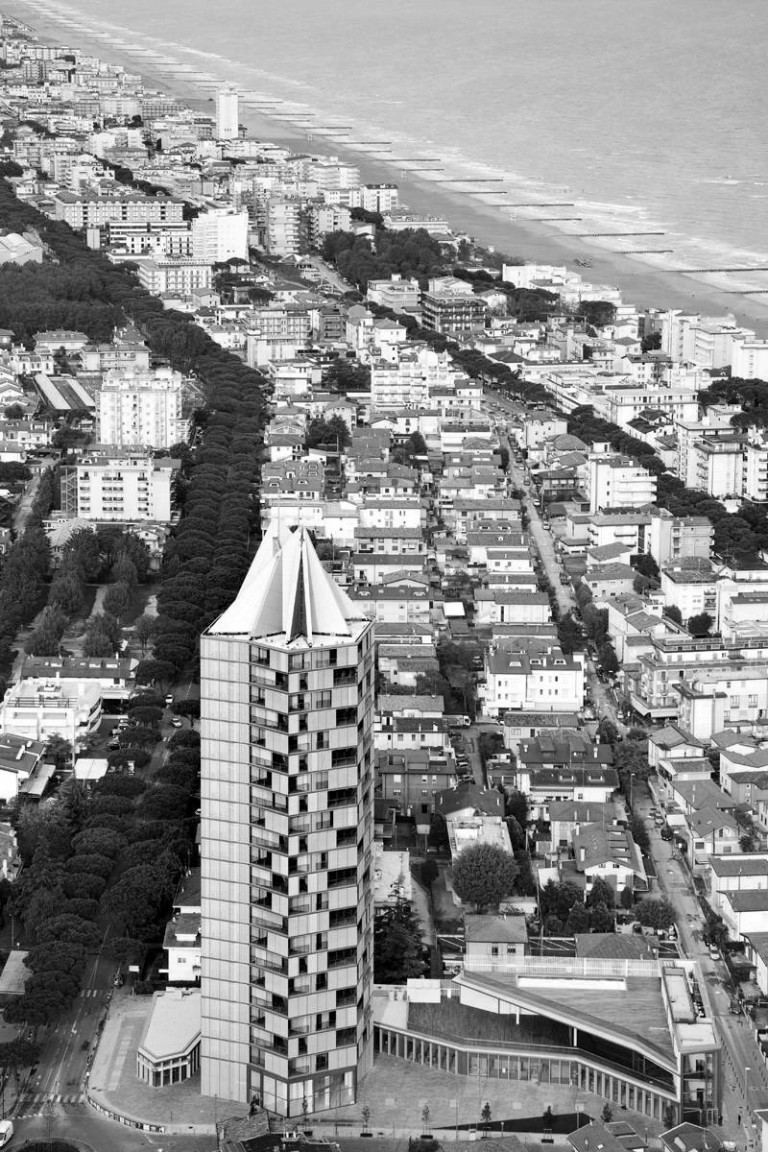 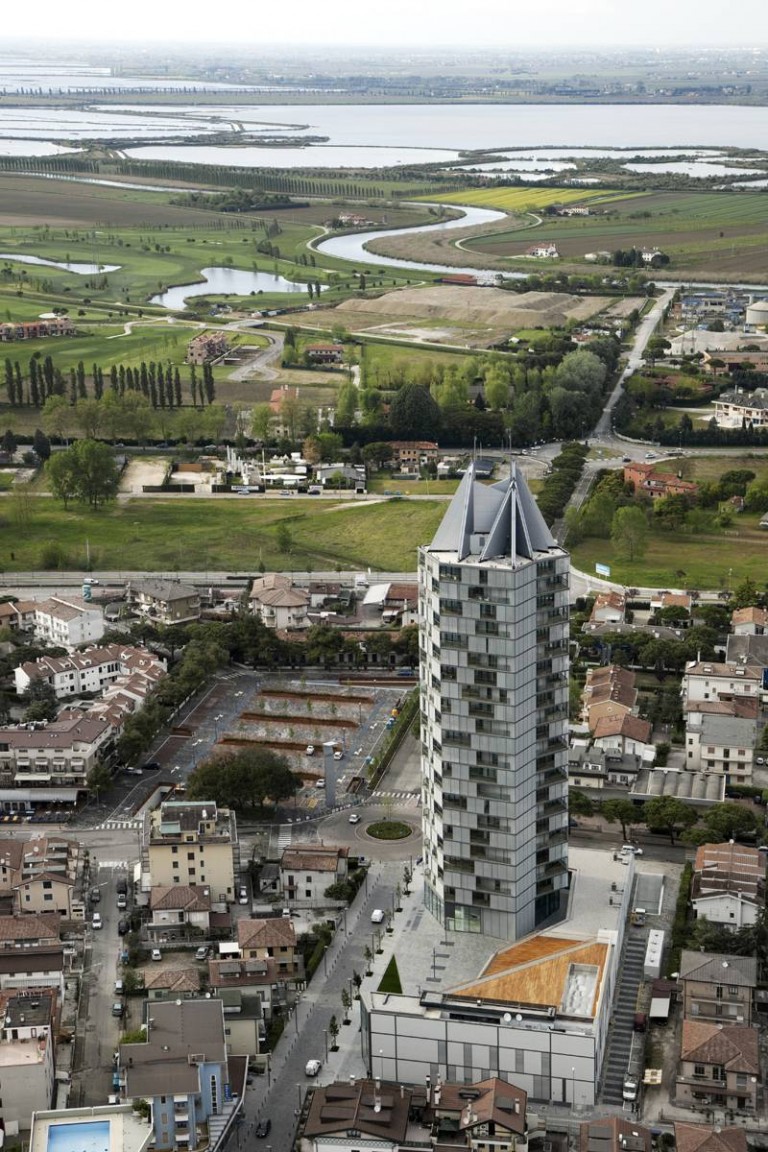 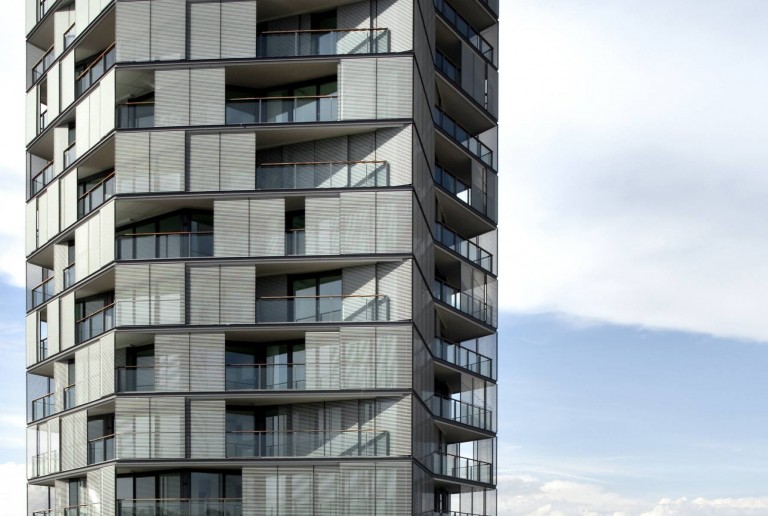 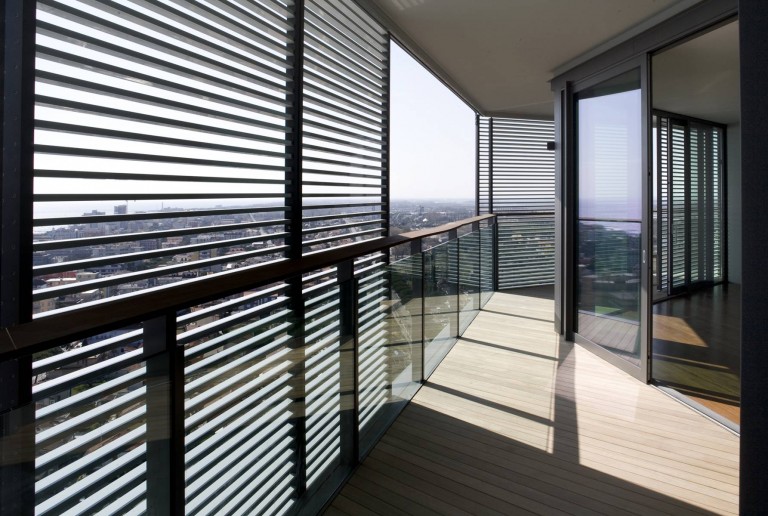 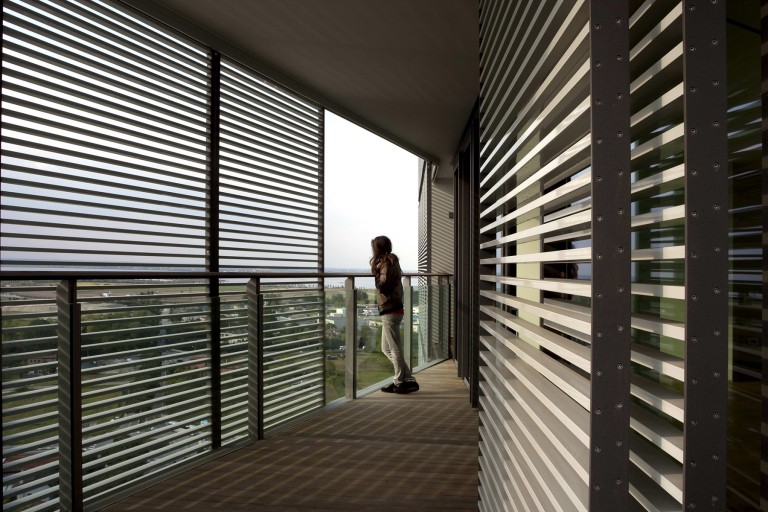 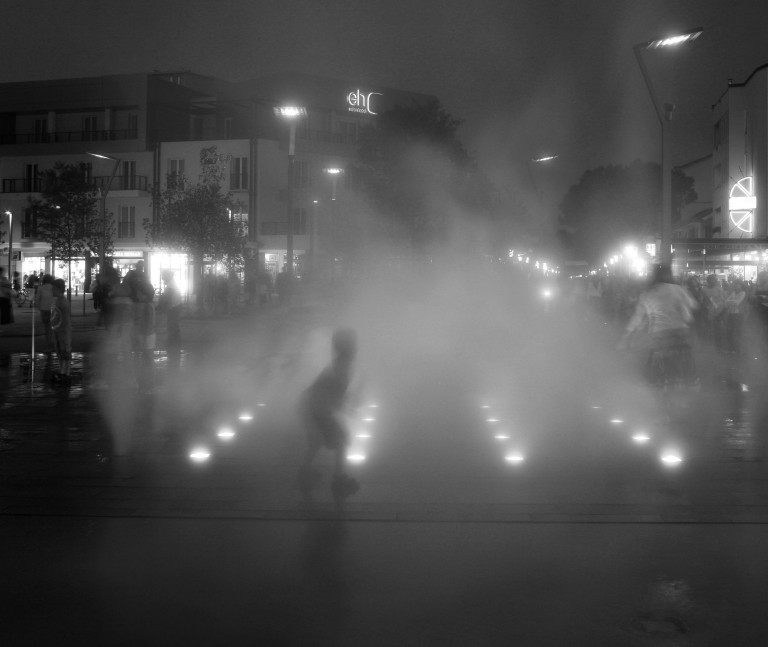 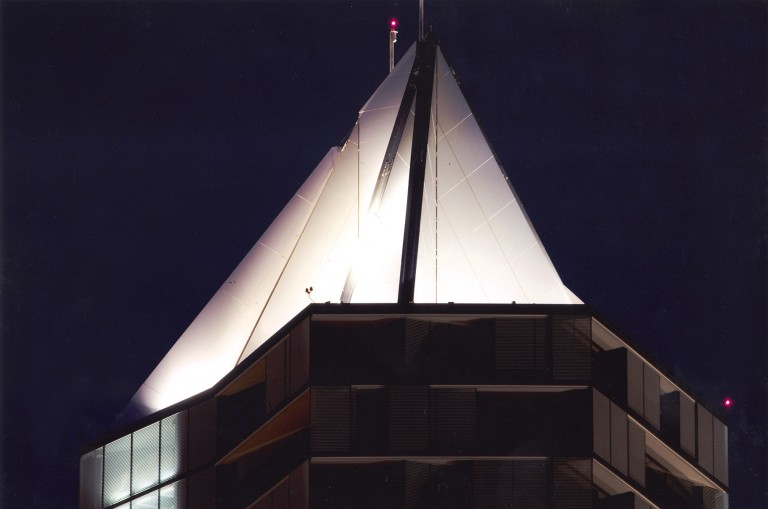 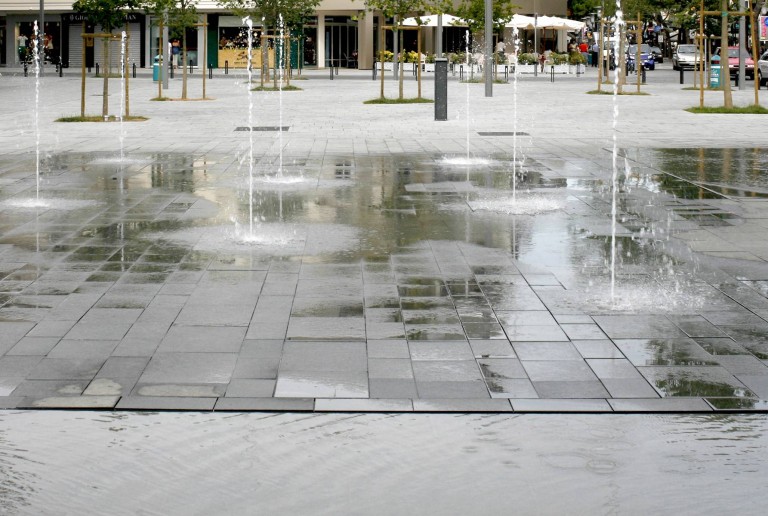 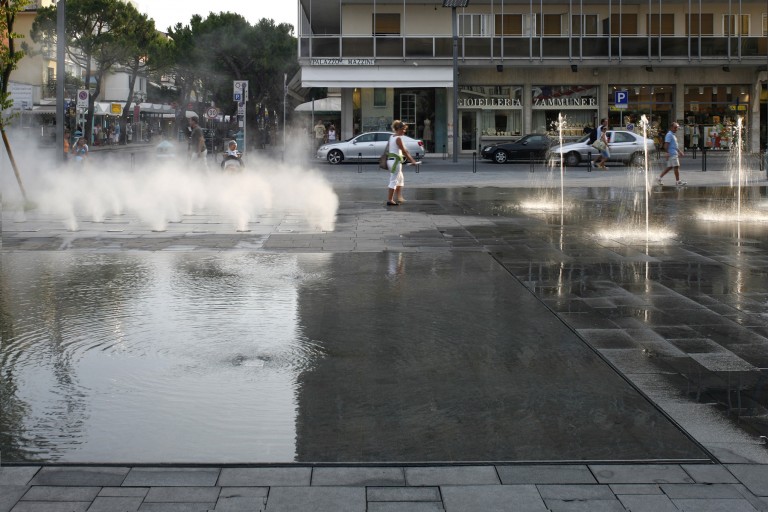 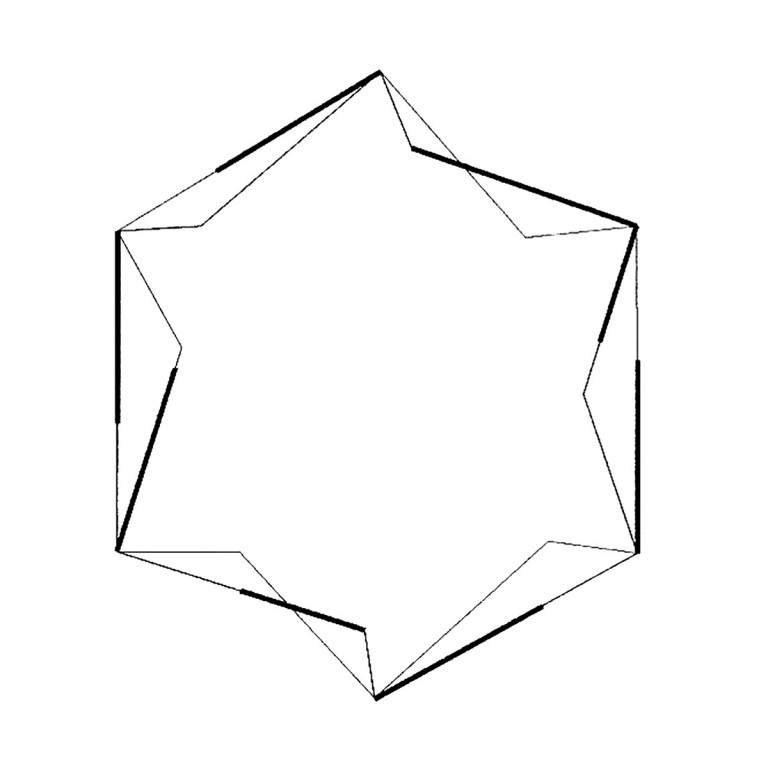 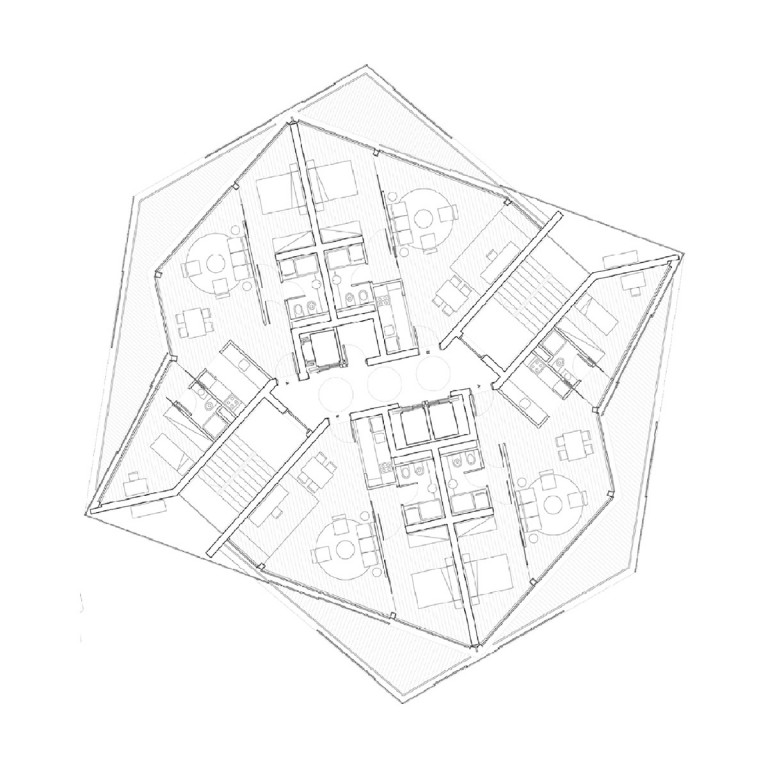 Between sea and lagoon

The project is inserted between the Venice Lagoon, the mouth of the rivers Sile and Piave, and the sea. It is integrated via a perpendicular axis into the coastline and extends from the Piazza Internazionale, Via Aleardi, Piazza Mazzini, Via Bafile and the beach, penetrating 400m out into the sea. This system of penetration provides an alternative to the traditional longitudinal system typical of the area.

The project involves an underground public car park in the Piazza Internazionale, with tree-lined paths which alternate sun and shade, and the remodeling of Via Aleardi with the laying out of a new public space, the 2,000m2 Piazza Aquileia, enclosed by a building on two levels which contains the different commercial and amenity uses: shops, cafeterias, a fitness center, and a sundeck and swimming pool. A lane to the rear solves the accesses to the underground car park and the logistics of the tower and the shopping complex. Standing in the center of this space and surrounded by these buildings is the 100m-high Aquileia Tower.

At the confluence of Vias Aleardi and Bafile, the project contemplates the regeneration of the Piazza Mazzini, as a location that articulates the intervention, a square posited as a changing space that admits of different uses. This location, paved in stone, with trees and lighting fixtures, an extended bench and a set of sprinklers, atomizers and fountains, permits a multiplicity of uses and a control of traffic flow, as well many different environmental possibilities. On the south side of the square, a huge window onto the sea configured by residential buildings and a promenade-like quay that penetrates out into the water and generates a little inner harbor for the occasional mooring of small boats rounds the intervention off.

The 24-story-high Aquileia Tower is structured as a double-height ground floor that accommodates the vestibule, banking facilities and a cafeteria, two floors given over to offices, and 22 floors meant for different kinds of apartment. The polygonal floor plan, articulated by the vertical circulation cores, lifts and emergency stairs, permits the four apartments per floor, two of them one-bedroom and two, two-bedroom, to have simultaneous views of the sea and the lagoon from their terraces. The west-facing dwellings have vistas of the church towers and the urban center of Venice, while the east-facing ones give onto the rivers and the distant horizon of the Dolomites.

This layout provides a privacy of views between the dwellings and also permits the construction of intermediary, interior-exterior spaces. These polygonal terraces become inhabitable spaces as a prolongation of the apartment. They render usage more flexible by means of sliding walls of glass and blinds, thus turning into a genuine climatic and environmental filter by graduating the light and shade, as well as the views.

Taken together, these facades constitute a lightweight, subtle and versatile fabric, like an interlinking form that dematerializes the skin while at the same time maintaining the tectonic image of the tower.

The building is crowned with a double pinnacle of crossed sails that from a distance go to form the skyline. With nocturnal lighting, they present a dynamic image and act like structural brackets anchored in the central nucleus of concrete, supporting by means of stretchers that work by traction the overhangs of the perimetral facades.

On the ground floor huge wall surfaces of glass hide the structure and help to embed the volume of the tower in the stone surface of the square.

The apartments of 60 and 70m2 with terraces of between 20 and 30m2 consist of an access program, a lounge, dining room, kitchen and one or two bedrooms with their respective bathrooms.

To sum up, as an iconic piece in the Veneto as a whole, the Aquileia Tower project presents a recognizable outline in an extended stretch of low-rise building, which plays with the mist and light of this area of the Adriatic and constitutes the main argument of a new urban system that seeks after centrality.