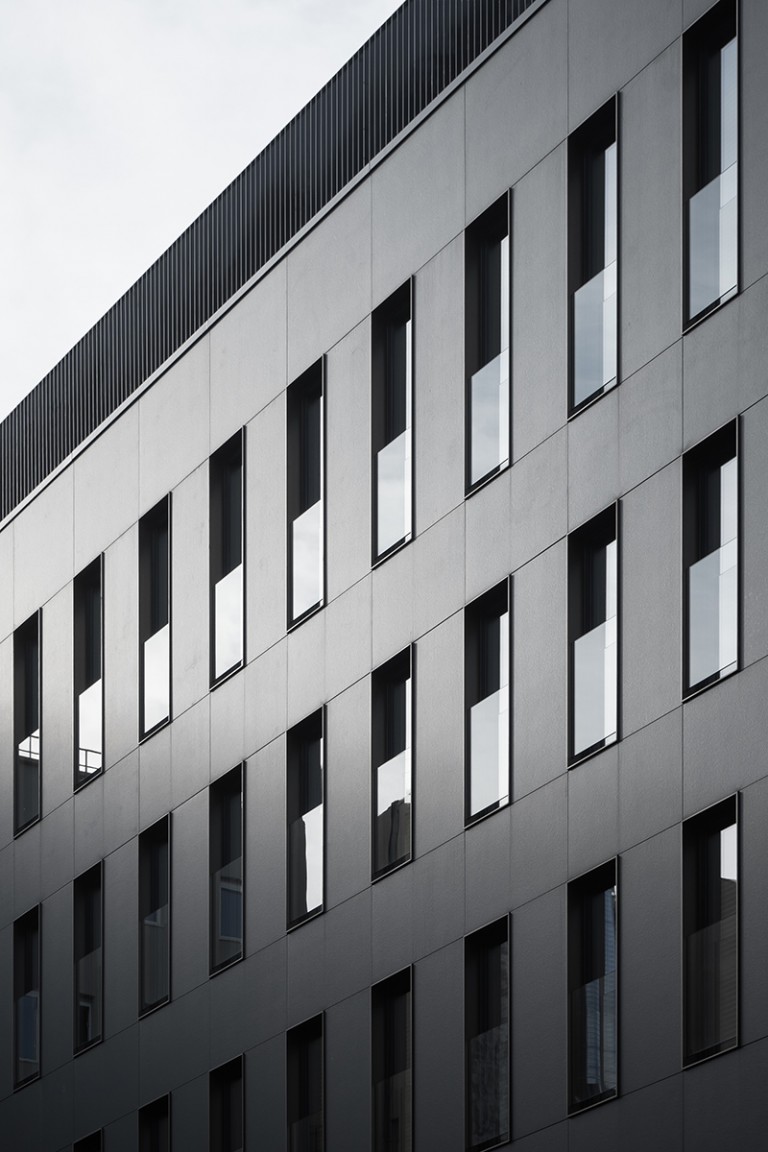 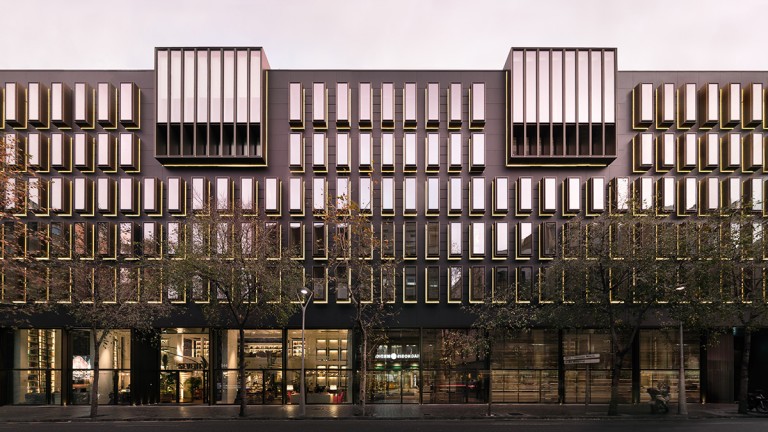 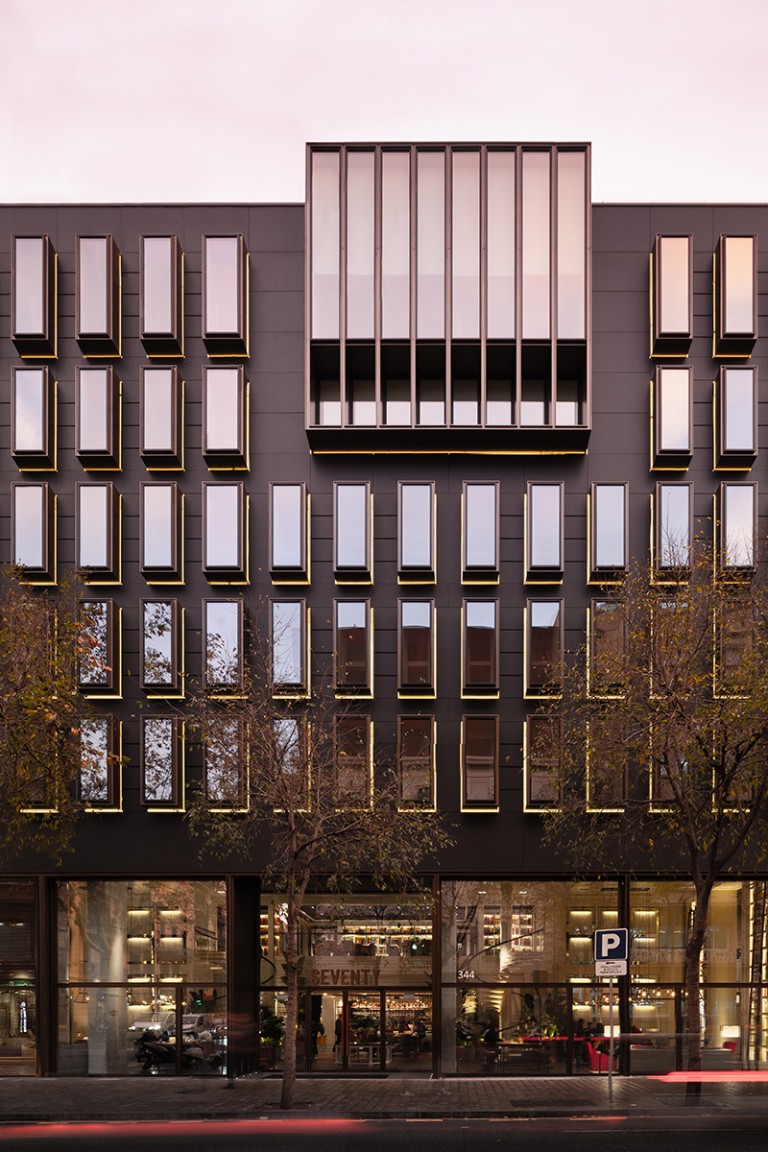 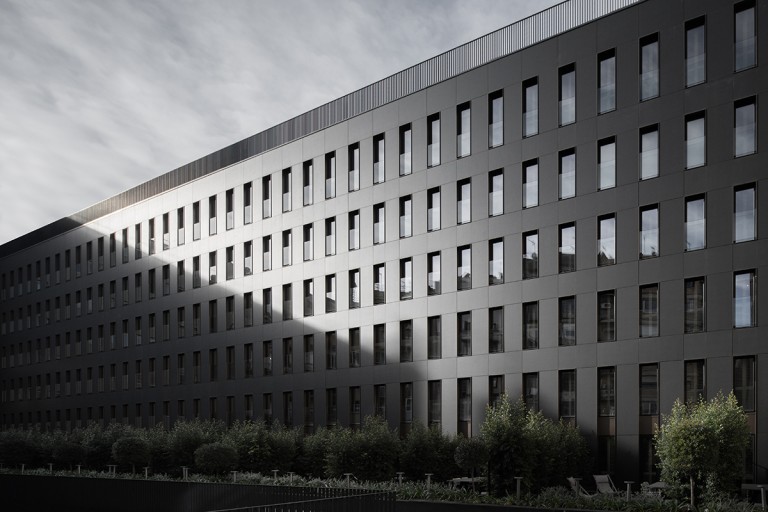 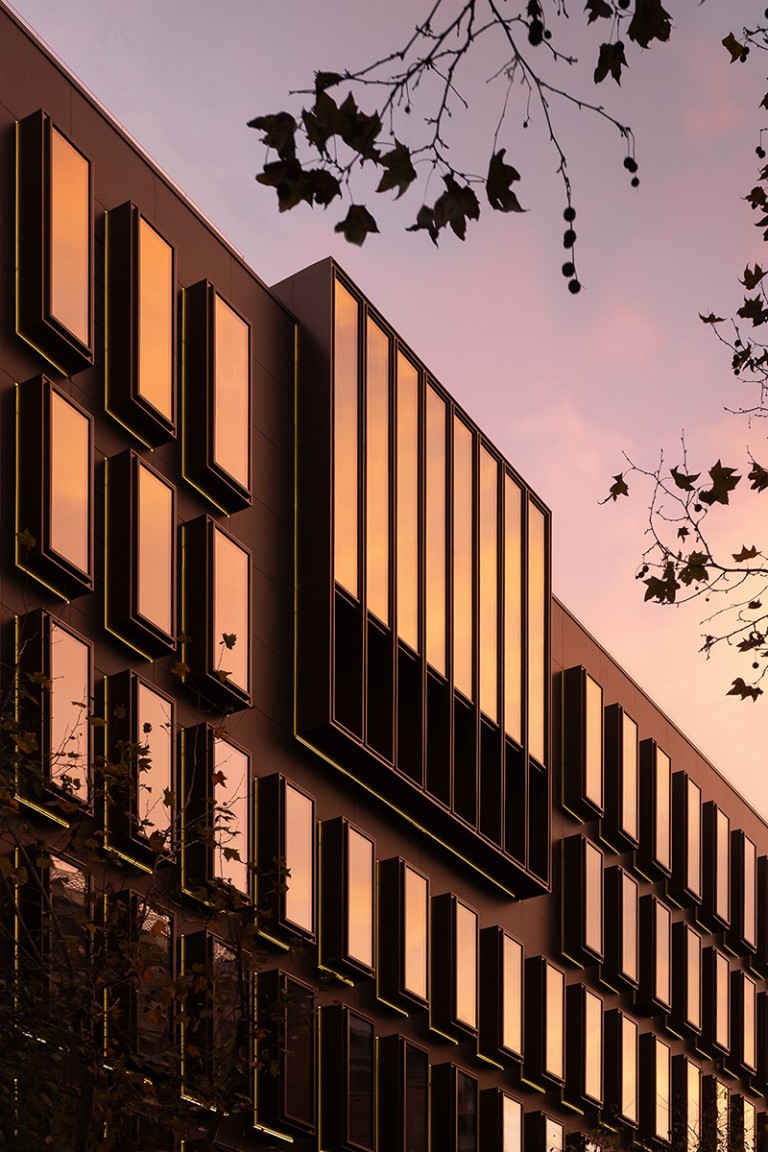 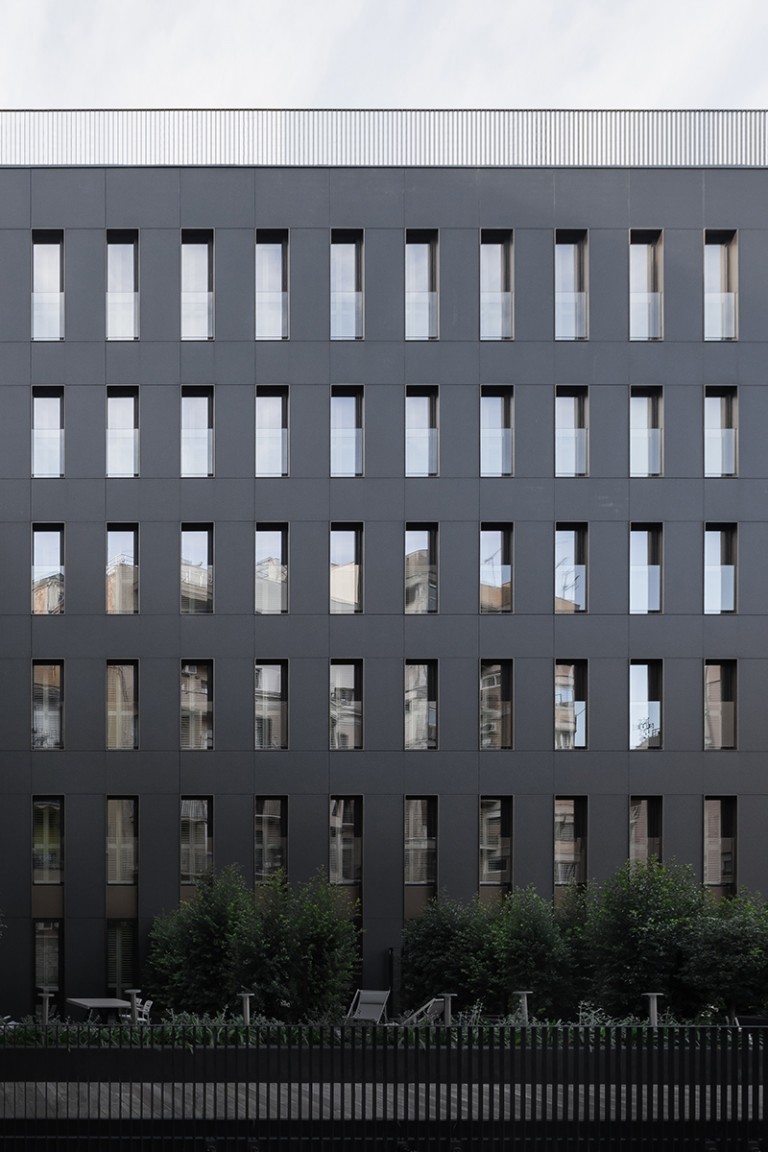 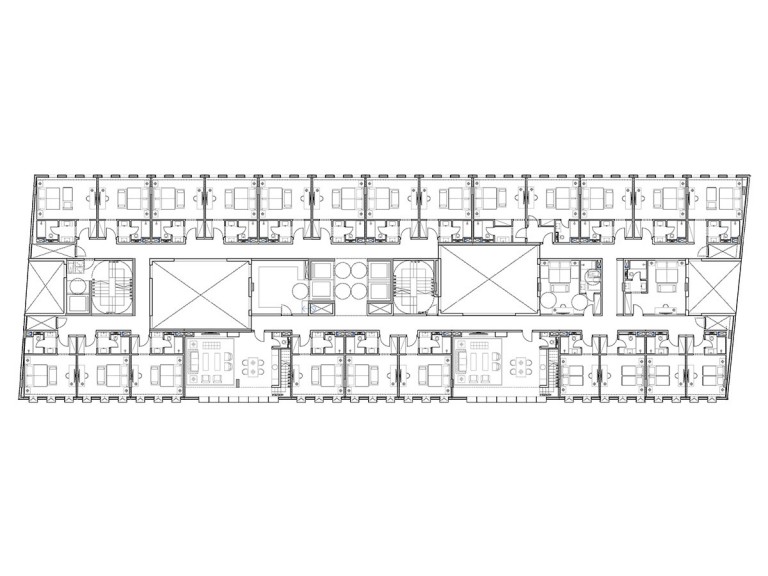 It is a large building on a site between dividing walls, with its main facade in Carrer Còrsega, within the urban fabric of the Eixample. To achieve it, we came up with three different types of facade corresponding to different conditioning factors in their closest surroundings: the Carrer Còrsega facade, the facade looking inside the block, and the hotel courtyard facades.

The facade breaks down into two planes, one in glass and the other ceramic.

On the main facade, the openings project outwards from the plane in the form of brass boxes, creating an interplay of light and shade which reduces the screen effect of the building, achieving better proportion with the scale of the city. Along the same lines, the two large galleries recall the skyline of the old Bayer factory.

At night, these boxes light up, looking as if they are floating on a black canvas. These mechanisms help to break down the longitudinal view of the facade, which occupies almost the whole block.

On the ground floor, the structure of the double-height metal doorways helps to construct a base that seeks a view of the internal garden and provides the building with presence. The facade here is planned in the opposite way, this time with set-back glass, achieving up to 1 m depth from the base to the crown.

The facade recognises its visuals in perspective and emerges from this with the greatest possible advantage, with thickness and shadows which simplify the complexity to integrate it into its surroundings.

The rear facade, with carpentry also in the internal plane, generates an interplay of spaces, and groups the first two floors in a single void to obtain greater verticality.

The internal courtyards of the hotel take on particular importance, not only offering ventilation to some of the simpler rooms but also opening up to the internal distribution corridors. To resolve the possibility of interference of visuals between corridors and rooms, a skin of vertical metal tubes has been constructed in the shape of a diamond, solving the problem in the form of large curtains.

At night, lines of hidden LEDs backlight the tubes, making the light metal element look as if it is suspended in front of the wall or the courtyard facades.

One of the main challenges has been the industrialization of the whole construction solution.

It is a very light, ventilated facade constructed based on large modules measuring 5 x 3 m, which came fully finished from the workshop. This solution has had many advantages, including absolute control over the finish and faster assembly time.

Minimising the number of different materials (black ceramic panel, glass and brass-lined structure) has made it possible to simplify not only the formal solution but also the construction.