Houses in a Forest 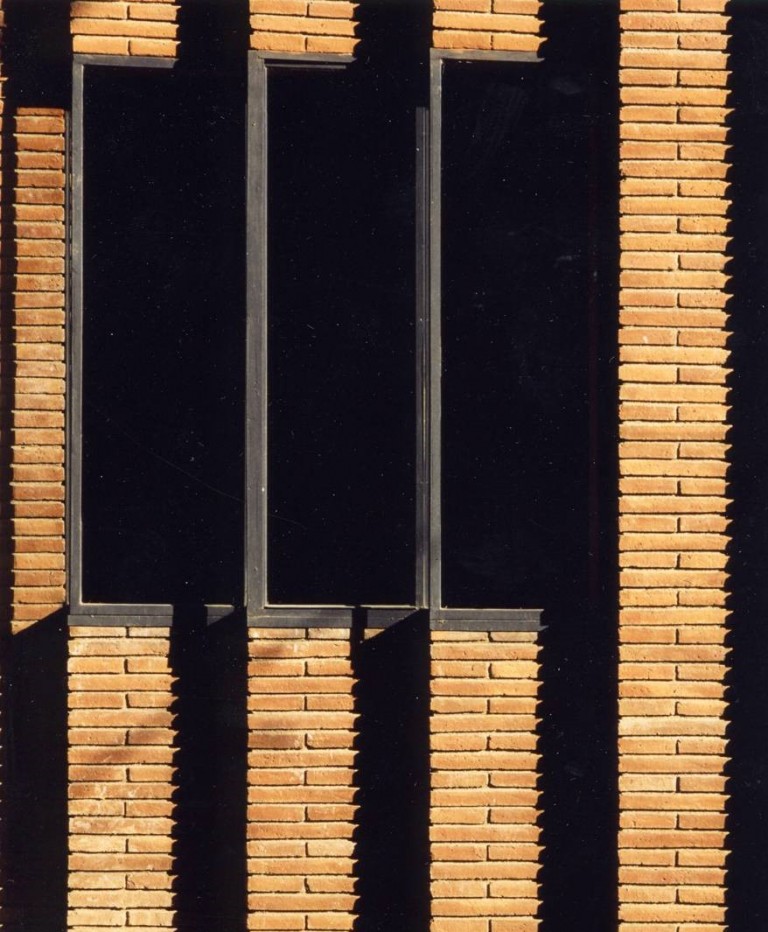 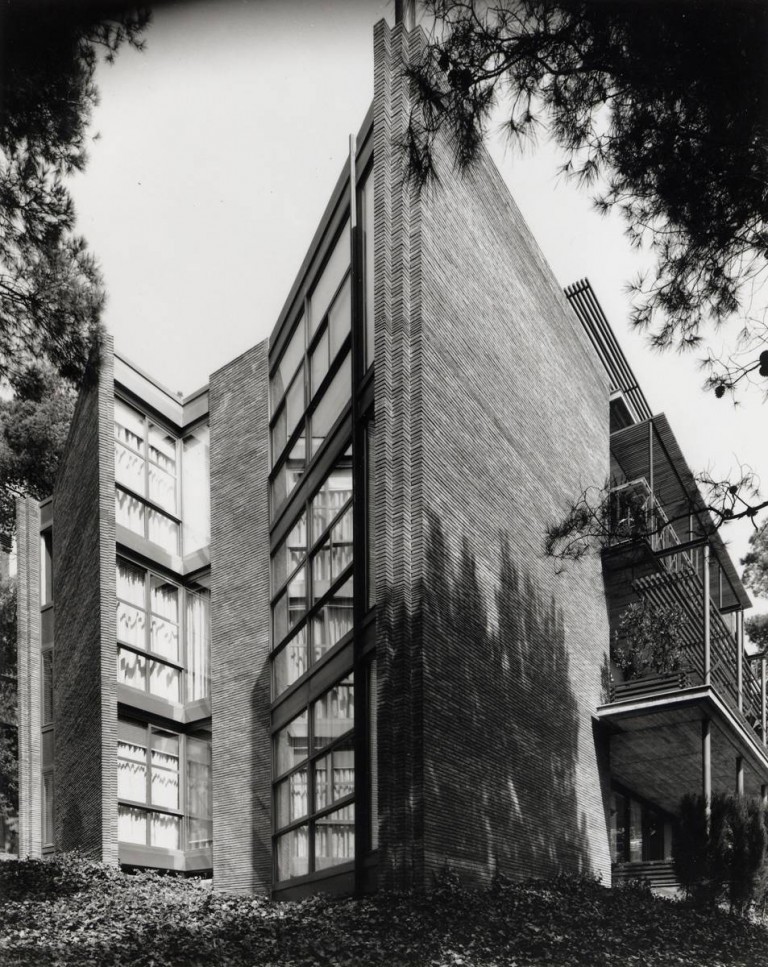 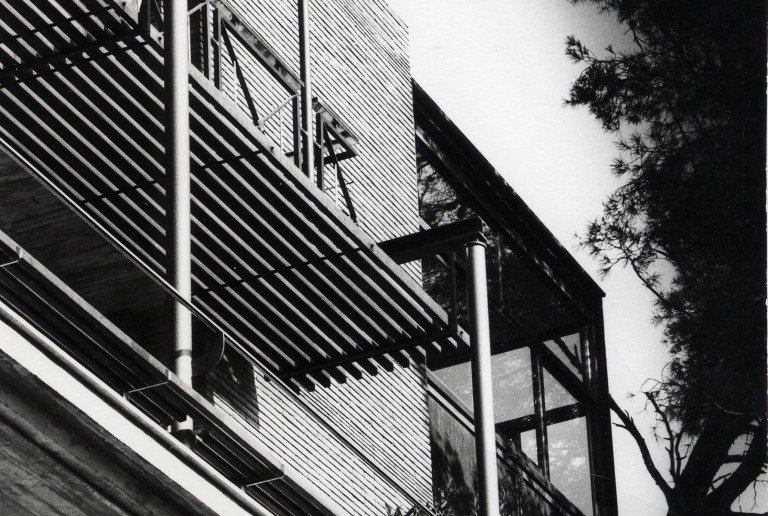 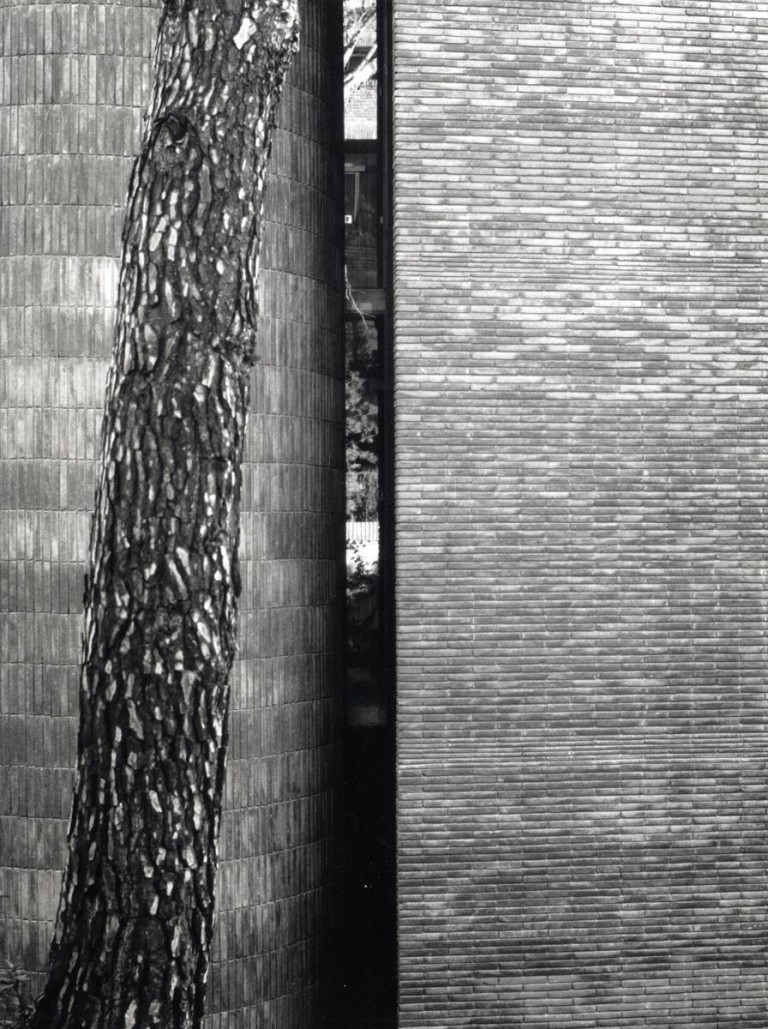 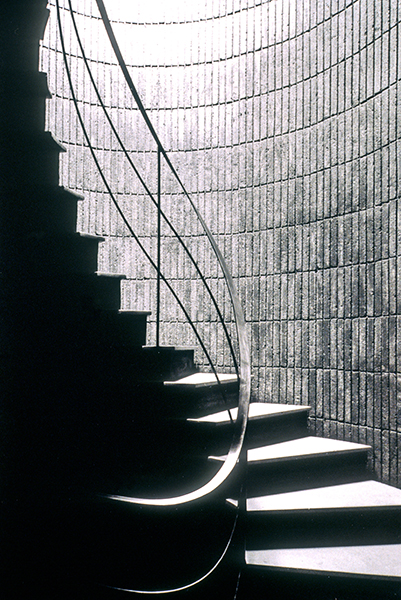 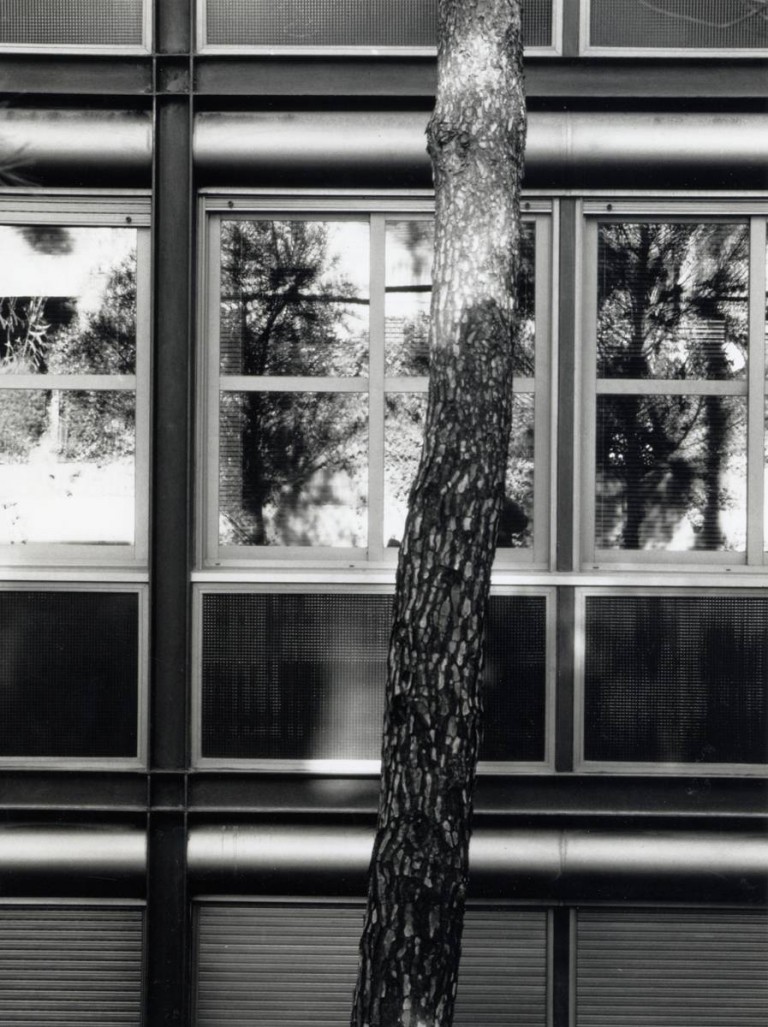 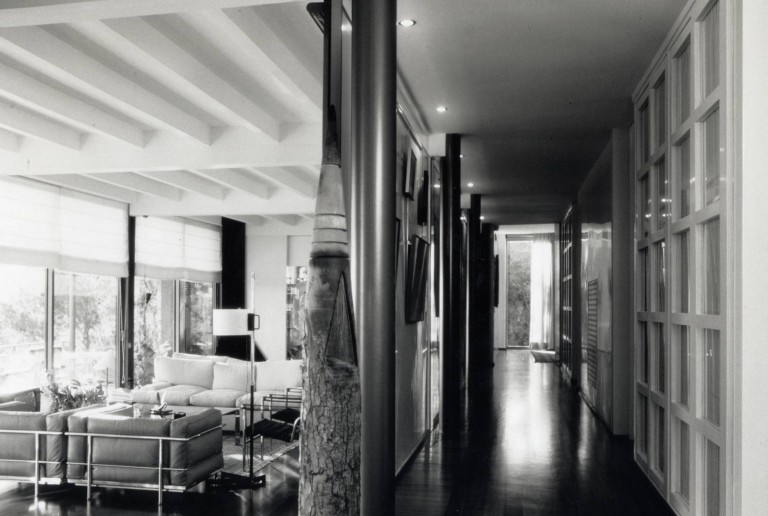 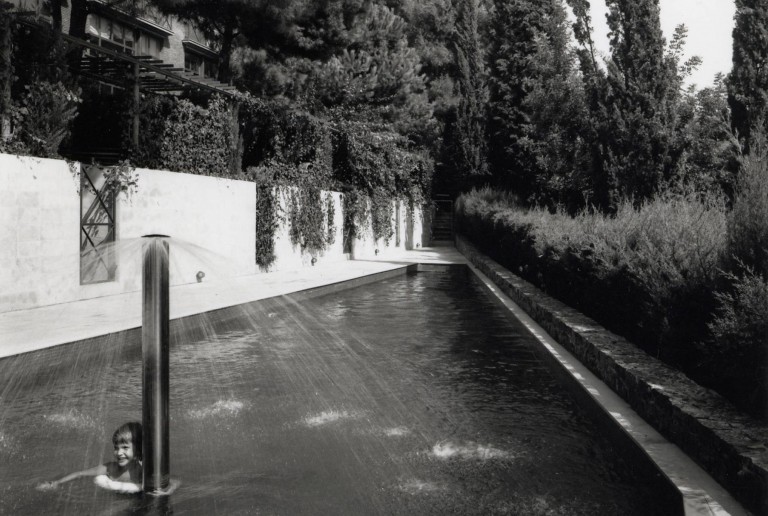 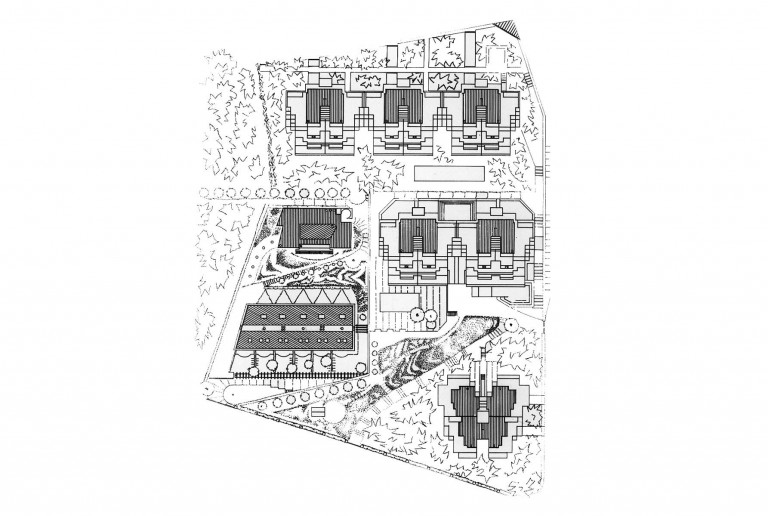 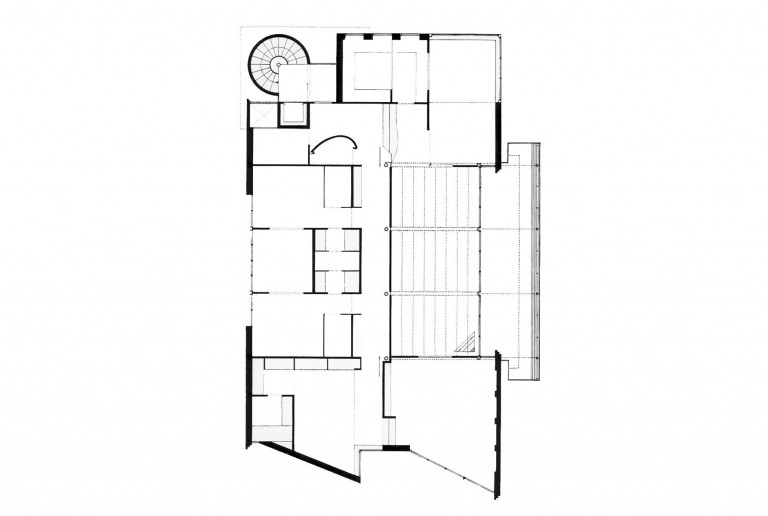 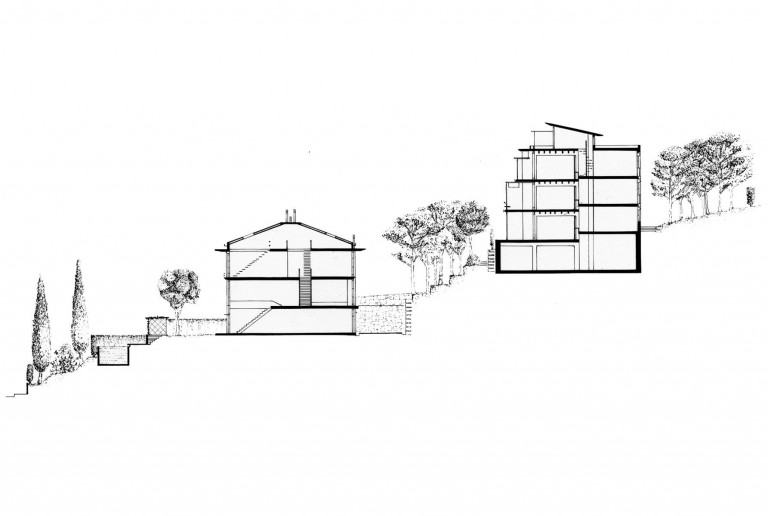 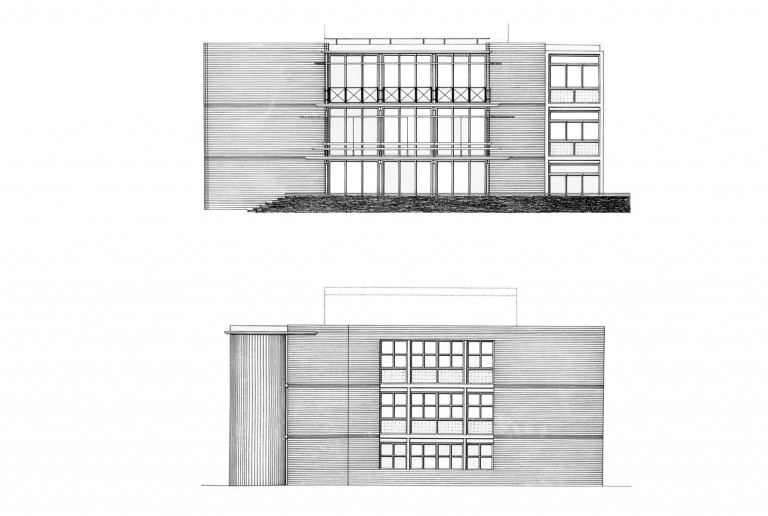 Houses in a Forest

Looking back to the project built at the begining of the 70’s, I am pleased to see how well those stepped buildings against the slope of the mountain have weathered over the years. I designed them with Coderch in mind, the last great master in my opinion. They were built with manual brickwork, melis wood, and spectacular chimeneys made of black iron which surge between the pine tops.

The new project consisted in placing two buildings with a mass of trees between them, in the forest next to the fist project. The scheme adapts to the steep slope of the site with a single access at its lowest point, while continuing the precedent set by the first project.
At the lower end of the site there are six terraced houses, three storeys high, with private gardens.

In this group of houses two aspects have played a major role; the first is to do with formalization and external image, the second with internal organization an its typological proposal.

With regard to the first aspect, the group of six houses haas been treated as a single building avoiding the individualization of each unit. For this reason the facades were built in a unitary manner. They are composed of alternate voids and solids, and giving a singular importance to the side facades. In particular, the one which faces the access, consisting of a wall of folded brickwork, that plays with light and shadow.

The large openings of the front facade appear between the pine trees, relating the house to the private gardens, and allowing long vistas over the old gardens and the sea.

The openings in the rear facade close over the forest, and a set of steeped stone walls that form the sloped garden.

The large unifying roof top and overhangs help to accentuate the idea of a compact uitary building.

With regard to the second aspect; the interplay of three crossed stairs that run along and across the house onto double height spaces, connect and relate the different zones of the house, achieving a greater spatial richness and nuance ol light.

The interplay of double height spaces allows the privatization of the individual gardens by eliminating views into adjacent gardens.

The program is divided in two levels: The lower level houses the garage, services, kitchen-dining, and living room.

The upper levels have the bedrooms and a multi-use space below the roof deck.

The interplay of stairs and double height spaces allows for differing internal distributions.

On the upper part of the site, amidst a forest, close to the edge of the mountain, is a small building of three storeys and approximatly 300 m2 per floor.

There are two access routes; one is a tunnel under the garden that leads to the parking lot and communal service area, the other is a small trail through the garden along a wall sided with magnolias, which leads to the cylindrical entrance.

The considerations which prevailed during the design of this project were:

1) – To achieve a good relationship between the houses and their context:

– The openings must adopt different solutions with respect to the function and external conditions:
– The large terraces with canopies and pergolas on the south facade overlooked by the living rooms.
– The glass tower at the corner overlooking some ancient gardens.
– The opening in the form of a large window grouping the children’s bedrooms over the back garden.
– The curtain wall in the library overlooking the forest.
– The cut clean window at the end of the corridor.
– The small spaced windows in the kitchen area and the openings made between walls over specific views.
All these contribute to achieve a good relation between the different areas, with their outdoor counterparts.

2) To achieve a complex organization stemming from the simplicity of the outline in plan, one in which spaces overlap with fluidity, following the order of the structure.

3) To emphasize the construction using layers of manual brickwork, which when interrupted, allow the reading of mixed pillars and reinforced concrete decks with partial aspects such as the use of articulated rigid joints, simply loaded or with overhangs on the large front facade.