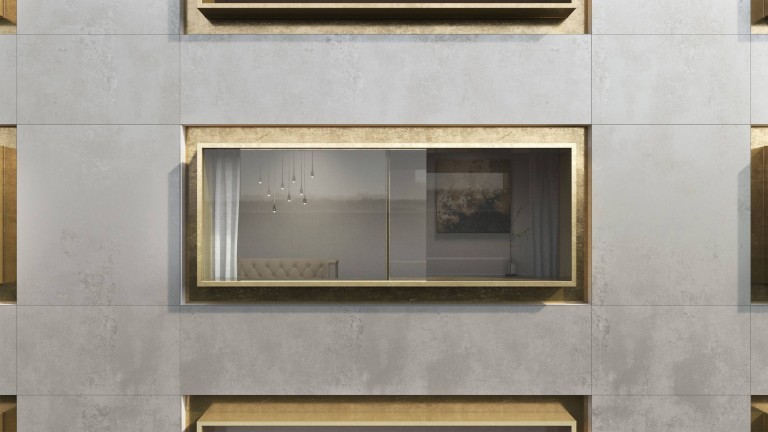 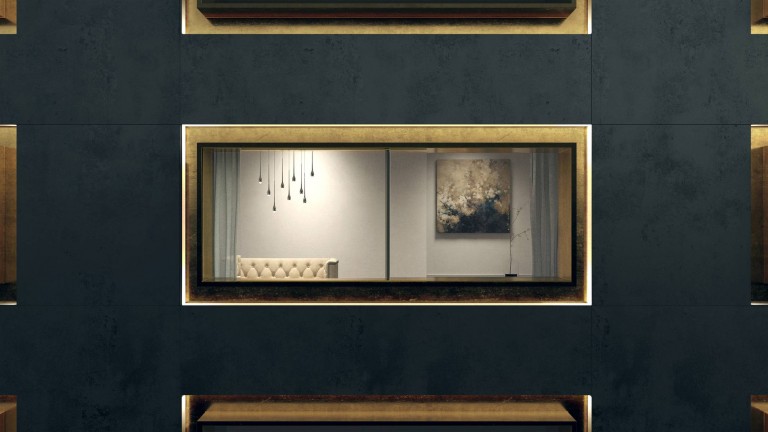 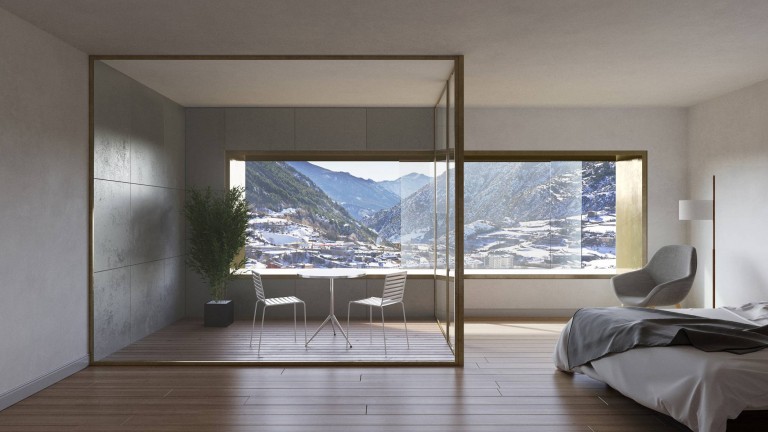 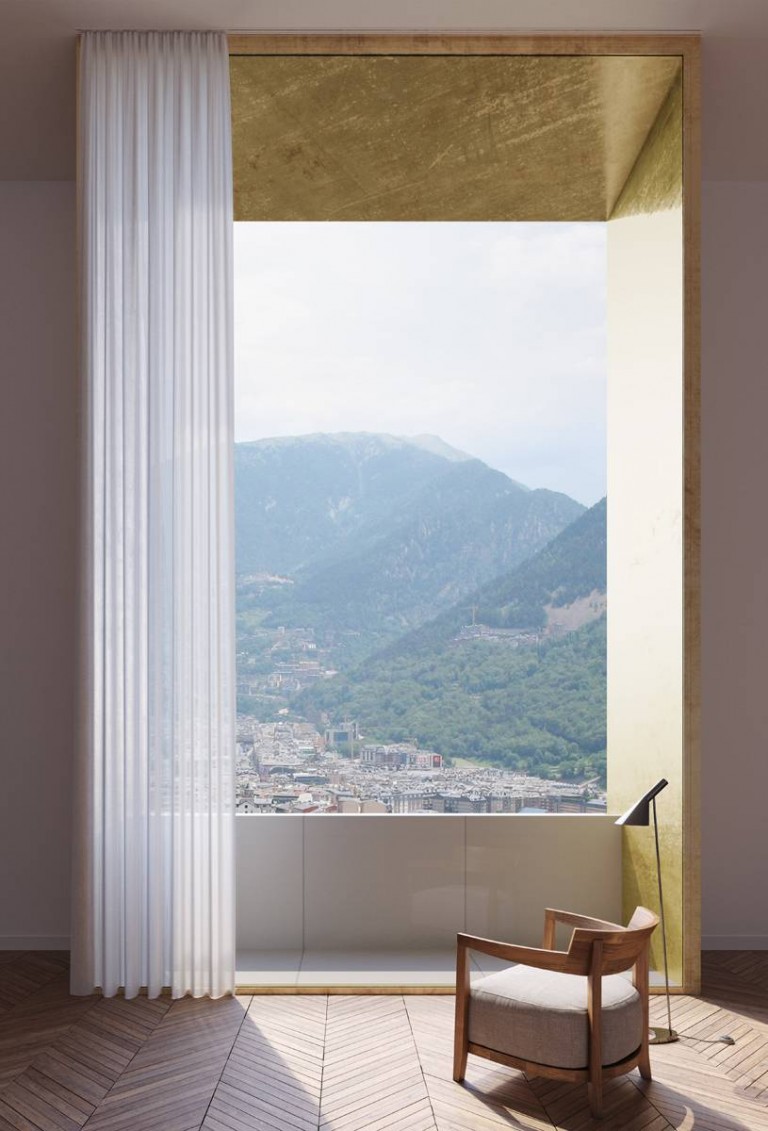 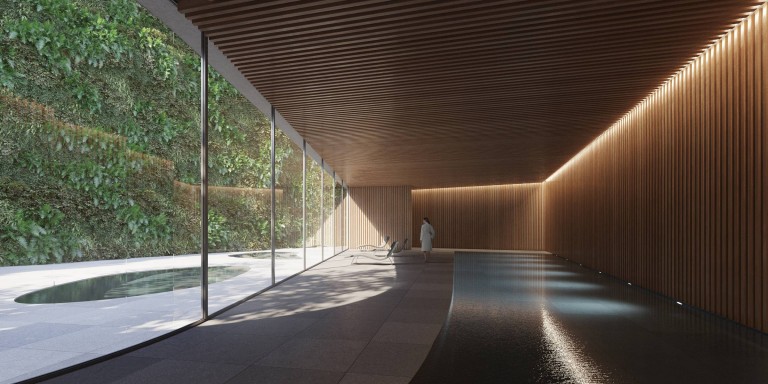 The proposal of OAB/ARUP/FVS for the architectural development of the sector of Falgueró, Escaldes-Engordany, stems from thorough analysis of the functional program, of the need to integrate the building in a privileged setting, thereby managing to resolve the problems of the sightlines of the new building.

As a result we wish to highlight the following decisions, taken during the development of the project:

The great edificability of the project calls for volumetric solutions that minimize the impact of the building and its envelope. By means of a sinuous line, of recesses and projections, the building struggles against this continuity, fragmenting the view that the pedestrian has of the building.

The scheme’s visual impact has been studied from the most representative points of the area and a response has been given so as to be able to offer variety and visual depth, thus avoiding the “screen wall” effect of a more conventional proposal.

As set out in the diagrams of this presentation, the sinuous form of the building in Sector D means that its surface area increases with respect to a totally linear proposal.

By making use of this increase in footprint area resulting from the form of the building, the requisites called for in the program can be satisfied and the interiors of the building endowed with great spatial quality.

Study of the sightlines and volumetric impact

The proposal manages to maximize and privatize the sightlines of each of the different rooms and apartments. Special attention has been paid in the buildings (Sector B) of parcels 4, 5 and 6 to avoiding interfering with the sightlines of the hotel rooms and of the residences on the neighboring parcel of land. Consequently, the two proposals dialogue with one another via their forms, thereby emphasizing their virtues without in the diminishing the intimacy of the interior space at all.

Connection between town and mountain

The big building seeks to adapt to the urban fabric of the Falgueró sector. The envelope: our design proposes doing this through the flexibility of the modular development of the façade and its form, the vegetation and the representational elements, the contact with the urban fabric providing gentle continuity with the nature surrounding it.

Emergence of the building’s fourth façade: the roofing becomes one of the most important features of the project. The roofs are designed with great landscaping content, the intention being that they express continuity with the nature that surrounds us. A gradient between town and nature.

Urban management: in the OAB/ARUP/FVS team we have relied on the support of an office that has participated in both the Partial Plan and the development project. This situation ensures the experience necessary for modifications to the same and the management capacity with regard to the communal administration to bring the urbanistic adaptation of the entire area to a successful conclusion.

In order to work in a unified way with parcels 4, 5 and 6 by reducing a certain edificability in these with the idea of integrating them with El Roc and the open surroundings of the area, it will be essential for there to be a new parceling of the land, a new distribution of the edificability, and modification to the Partial Plan rules, prior interventions that will have to be included within the town-planning project in order to improve the management of the project.

Likewise, within the responsibilities of urban management we would propose modifying the nature of the road layout and its surfacing materials in order to unify the open space of El Roc with parcels 1, 2 and 3.

In the integration of the project account has been taken of the parcels near to the Unit, like the parcel that remains on the other side of the cul-de-sac road layout, beside the Gran Valira River in the rear part of the hotel that contains an existing building, the donated parcel, and the parcel where the current outpatient clinic of Our Lady of Meritxell is located.